New and Emerging Challenges to Heritage and Well-Being: A Critical Review
Previous Article in Journal

Senses of Place, Senses of Past: The Case of Antikythera and its Castle, Greece
Previous Article in Special Issue

‘Gavdos: The House’. A Theatre/Archaeology Narrative and Pieces of Knowledge of Diachronic Home Life

At the site called Katalymata, on the island of Gavdos off the south western Cretan shores, the University of Crete is excavating a spacious building complex dating back to the Bronze Age (3rd and mainly 2nd millennia BC). In this paper, we discuss a theatrical performance inspired by this discovery and investigation, which was first presented in situ on the field in 2012. The play was created by young members of the research team, who are themselves both archaeologists and actors. It is based on the accounts in the excavation notebooks of the prehistoric activities revealed in the building’s stratigraphy and enlivened by the memories of the modern islanders of their happenings at home. It also draws upon wider cognitive pieces of relevant knowledge—philosophical, literary and other. This combination was moulded to produce a structured narrative of domestic life on the island through time, and illustrate some specific aspects and overall meanings, material and symbolic, of ‘dwelling’ down the ages. Since its Gavdiot premiere, the work has been adapted for different media to travel in Greece and elsewhere in Europe, as a performative guided tour played in historic houses, as a lecture performance for conferences and art venues, and as an audiovisual installation in museums of contemporary art. View Full-Text
Keywords: dwelling; theatre and archaeology; archaeology and anthropology; Gavdos Island; Gavdos interdisciplinary project; University of Crete dwelling; theatre and archaeology; archaeology and anthropology; Gavdos Island; Gavdos interdisciplinary project; University of Crete
►▼ Show Figures 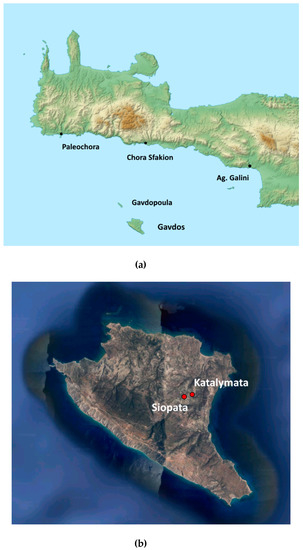