Although it is necessary to engage all main-participant sectors (private, public, and civil society) in a participatory approach in urban context as potential partnerships [13], this paper focuses on city consultation as the property owners in the Historic City of Yazd World Heritage Site. In this research, three variables were examined by a questionnaire of 23 questions and 400 interviewees during a period of around two months between 2 March and 25 April, 2019. The variables were local people satisfaction, knowledge of local people in local, national and international organization responsibilities, and local people rights in cultural heritage conservation. In this case, three sorts of questionnaires were designed for the interview. The first category was about the satisfaction of the local people living in the buffer zone of the historic city before and after registering for the World Heritage List. The second category was the role of local people in the decision-making process, and the last category was the role of the Iranian Cultural Heritage Organization and the World Heritage Center in conservation and management.
The population of Yazd living in the urban area is 436,742. According to Social Scientific tools, if the confidence level and the confidence interval are 95% and 5%, respectively, the number of questionnaires must be for more than 384 interviews, which is acceptable in this particular research. Confidence level (also called margin of error) shows “the plus-or-minus figure usually reported in newspaper or television opinion poll results.” Confidence interval displays how certain the survey can be, “the 95% confidence level means the research can be 95% certain” [14] (Figure 2).
Of course, designed questionnaires follow its basic regulations. The questions “are as short as possible, are not leading or have implicit assumptions, do not include two questions in one, only exceptionally invite yes/no answers, are not too vague or general, do not use double negatives, are not, in any sense, invasive, or asking questions that the respondent is unlikely to want to answer, and do not invite respondents to breach confidentiality” [15]. Moreover, interviews must include all possible ages.
Since the main concept of participation was maximum engagement, the research was designed to include all people over 15 years of age in the interview. It was obvious that participants younger than 15 years required a specific sort of questionnaire which was redundant in this survey. In the Historic City of Yazd, the population census of 2015 showed that 436,742 people were living in the urban area, which were divided into age groups for this research: Five groups with a 10 year range for each group, and one group for participants older than 65 years (Table 1).
In addition, in order to apply gender equality, the exact number of women and men in each group was calculated. For example, the population census displayed that 41,307 females between the age of 15 to 24 (Group A) were living in the urban area, which were equivalent to around 19% of all females, and also 40,949 males (18%) were reported in this group. The more populated group for both genders was Group B, which covered around 30% and 28% of all women and men, respectively. The smallest group was Group F where the percentage of women and men was equal (7%) (Table 2).
The percentage of the population aimed for the research to justly distribute the questionnaires among all groups and also follow gender equality. Thus, the research needed to interview 38 women and 36 men between 15 and 24 (Group A). In order to have a correct evaluation, the number of interviewees older than 65 was not allowed to exceed 7% in both genders. The final step was to equally distribute the questionnaires in the entire core and buffer zone (Table 3).
According to Corrado Minervini, the method to fairly ask local people about their attitude in urban areas is equivalent reticulation, which means gridding the buffer zone for distributing 400 questionnaires [16]. The size of gridding depends on the size of the area. In this case, the gridding points sometimes were matched on the buildings. Otherwise, the nearest buildings were interviewed (Figure 3).
The questionnaire included general questions related to income, education, age, and gender. The rest of the questions were about the main research hypotheses: Local people satisfaction of living in a World Heritage Site, the role of local people in the decision-making process, and the knowledge of the local people of the responsibilities of national and international organizations in regards to heritage management and protection. This paper focuses on the results of five main questions concerning the local people agreement, the change of the quality of life, the decision-making process, benefits of inscribing on the World Heritage List, and the responsibilities of the organizations.

All interviewees mentioned that they were not asked about whether or not they would like to inscribe their properties onto the World Heritage List, and more than sixty-five percent expressed directly that they did not agree to be on the list. Furthermore, twenty-seven percent of local people have displayed that their viewpoints were not important to the government in this case. Only five percent agreed with the decision before and after inscribing on the list (Figure 4).
A majority of interviewees mentioned that the quality of life has not changed after recognizing the Historic City of Yazd as a World Heritage Site. On the contrary, sixteen percent had a different opinion and said that the quality of life has improved after inscription (Figure 5).

3.3. The Role of Local People in Decision-Making

The role of local people in the decision-making process was asked in the questionnaire. More than seventy percent said that the World Heritage Center and the UNESCO were responsible for the decision-making process. The rest mentioned that the Iranian Cultural Heritage Organization and preservationists had to make the decision for them (Figure 6).
In another section, the question was who the main beneficiary of the World Heritage Site was. It was surprising that only four percent believed that local people living in the site were the main beneficiaries. Fifty-two percent remarked that hotels and other tourist-related jobs, and other businesses and markets benefited from being on the site. Seventeen percent said that national and international tourists were taking advantage of World Heritage Sites and the rest of the interviewees (27%) commented that the local and national government, particularly the Iranian Cultural Heritage Organization, were the main beneficiaries of the World Heritage Site (Figure 7).

3.4. Local People Knowledge of the Responsibilities of National and International Organizations

It is impressive to mention that twenty-four percent of the interviewees recognized the World Heritage Center and the UNESCO as the ones who were responsible for heritage protection. More than one fifth said that the local and national government were responsible for that. More than forty percent expressed that the government with local people assistance could preserve the site. Only a little over one-tenth were aware that local people living in the site with government assistance were able to protect heritage sites (Figure 8).

4.1. Lessons Learnt from the Case Study

According to Article 27 of the World Heritage Convention, one of the most important objectives of the Convention is "to increase the participation of local and national population in the protection and presentation of heritage" in order to encourage support for the World Heritage Convention, (also Article 5a). In addition, in 2017, according to the 39th session of the committee, participation of local, indigenous people, governmental, non-governmental and private organizations, and other stakeholders in conservation of World Heritage Properties, is necessary to share the responsibility with the State Party. All State Parties are encouraged to prepare a nomination dossier with the widest possible participation of stakeholders to secure prior and informed consent of indigenous people [17]. However, what happened in practice after the inscription on the list in Iran is controversial.
In fact, State Parties are responsible for all stages in the nomination process. They decide "which properties to include in the Tentative List", when and which properties in the Tentative List are to be nominated for World Heritage Listing, and, furthermore, they "are responsible for the continuing protection and effective management of the property to the requirement of the World Heritage Convention" [18]. So, the question that arises here is: What is the role of local inhabitants?
In general, according to the viewpoint of local people living in the buffer zone, the results of the interviews were:

4.2. Need for Clear Definitions and Structures

The system of the World Heritage Nomination is a completely top-down decision-making process in Iran. There are long Tentative Lists provided by the Iranian Cultural Heritage, Handicraft, and Tourism Organization which is officially the very governmental organization. Besides, every year the Bureau of World Heritage Nomination, which is also officially the Iranian Cultural Heritage, Handicraft, and Tourism Organization, decides which property in the Tentative List should be nominated for listing. Although the World Heritage Center persists in local participation in the nomination process, this process is still top-down without any local people agreement. Therefore, there is no local participation in the process. Local people living in the Historic City of Yazd are the real owners of the site, but no one asked them whether they would like to inscribe their properties on the World Heritage List or not. In addition, the research shows that the inscription of the Historic City of Yazd on the World Heritage List did not lead to an improvement in the inhabitants’ quality of life which could act as an incentive. Even by considering the growth in the tourism sector and a stricter protection of the cultural heritage by the Iranian Cultural Heritage Organization, they face serious problems in the buffer zone.
In general, if the World Heritage Center adopted a way to apply participatory approach in the nominating process, State Parties would oblige to involve local communities in heritage management by implementing different activities, such as holding training workshops for local people and modifying national rules and regulations related to effective participation in order to engage local people in decision-making and dividing the benefits of the World Heritage Listing among them.

We would also like to show our gratitude to Corrado Minervini for sharing his knowledge in data collection and methodology. 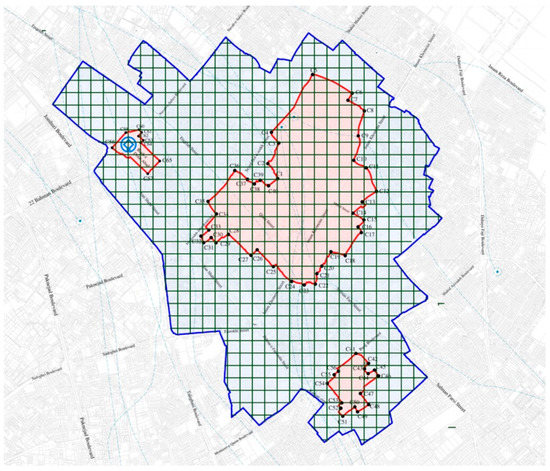