Documentation: A Security Tool for the Identification and Repatriation of Illicitly Trafficked Objects from Museums with Particular Reference to the National Gallery of Zimbabwe
Next Article in Special Issue

Use and Protection of Archaeological Sites in Greece: Policies and Practices 1975–2018

Matera in Many Dimensions

In this paper, the city of Matera is described from a mathematical point of view. Previous papers on this subject have concentrated on seeing Matera as a fractal city. Here, this analysis is also dealt with as an extension of Euclidean dimensions. The idea is to create a double presentation narrative which is useful for the promotion of cultural heritage and also for the popularizing of mathematics. Those who like geometrical vision will discover some aspects of one of the most ancient cities in Italy. Those who like travelling will have new words to describe the wonders of this country. We reach this objective by using a combinatoric puzzle and suitable story telling.
Keywords: Matera; topological dimension; fractals Matera; topological dimension; fractals

Recently, a certain number of papers, books and scientific blogs have given a vision of mathematics in the promotion of cultural heritage (see Reference [1]). The connection between mathematics and art as well as mathematics and nature is appreciated from the tourist point of view. We suggest an itinerary in Matera (Italy) to see its peculiar forms from a mathematical point of view. This attempt also leads to research results. See References [2,3,4] as refereed papers and References [5,6] as popularizing versions of these ideas. In particular, in Reference [3] we gave a qualitative description of Matera by means of fractals sets; in Reference [4] we carried out quantitative computation to support the thesis that Matera has fractal geometry. In Reference [2], a comparison between the shape of Matera and Petra is illustrated. It is possible to compare these works with the definition of fractal city given in References [7,8], concluding that Matera is another example in which the application of fractal tools to urbanistic is possible and fruitful.
In this paper, we present another point of view: We try to explain a mathematical concept by seeing a city that contains its representation. The mathematical concept is the dimension and the city is still Matera. In Section 2, we describe some places in this city where the guest can see Euclidean suggestions. In Section 3, we briefly go back to the observations of References [3,4,6] by fractal analysis and include these in the information that a touristic guide can give. In Section 4, we suggest an application. In Section 5, we present a combinatoric puzzle decorated with some pictures of Matera. This enables us to create a story explaining the concepts given in Section 2 and Section 3.

2. Going for a Walk in Euclidean Dimensions

3. Taking a Photo of a Fractal City

There is still a lot to do, going from the global to local vision and vice versa. For example, in Matera we move towards the rock churches, (see Figure 12). A deep study of the cave type and morphology by means of fractal dimensions was carried out in Reference [14]. In general, the computation of the fractal dimension is related to the empty/full ratio. It allows us to describe and study the evolving natural phenomena. We can describe the shape of the cavities in a geometrical way; the natural ceilings like the floors are full of rock roots. In turn, we can use the powerful fractal technique to calculate the ruinous work of time on frescos. If a mildew appears some cave-crypt, we can take a photo of its expansion and compute the fractal dimension; repeating the data survey, we can see that if the fractal dimension is increasing, then the mold is expanding. In conclusion, we can plan the schedule of interventions. Telling this to the tourists, we are sure they will appreciate the usefulness of the fractional dimension.
Leonardo Sinisgalli was a poet and popularizer of science from Basilicata. He wrote in a tale “Limestone roughness ripens in salt and in the sun”, in less than 10 words that we have the secret of the evolution of Matera rocks. This also tells us about the future. This evolution has not stopped and we have to remember this when we plan to convert a house into a hotel or to propose a renovation. Nothing stops the sun and salts.

We must not worry about tourists getting scared. We can make this mathematical description together with a graphic representation by means of combinatoric puzzles on which we can paste images of Matera. After the tour for summarizing the itinerary, the guide can again pose the question: how can you divide a cube into two equal parts, but now without using a plane? The cube of Yoshimoto n. 1 was made in 1971, demonstrating that a cube decomposes into two starred rhombic dodecahedra. This puzzle is itself something surprising, so much so as to be exhibited at the Museum of Modern Art in New York in a gold and silver version (see Figure 13).
During the Living Lab of the YOCOCU 2018 Congress, the author presented this object covered with images of the Sassi zone (see Figure 14). The two aspects that come together are the shape of the city dictated by nature and man’s chosen urban planning. Mathematical study and knowledge of the cultural heritage contained in Matera were necessary to understand which images to put in the various recesses of the cube (for further details see Reference [15]). At the same moment, each movement of the cube corresponds to a part of the itinerary purpose in this paper.

A tourist guide and visitor will be really satisfied by the use of three languages in Matera: the graphic-artistic language, the scientific-mathematical language and the literary one. Combining this story telling with the images on the Yoshimoto cube n. 1, we give the tourist new words to describe the harmony between natural and human work on the rocks. The Author has presented this experience with success at some Science Festivals, in a national radio program of popularization of science, and in many schools—achieving the goal of creating a narrative double presentation which is useful for the promotion of cultural heritage and also for the divulgation of mathematics.

The Author thanks the organizer of 6th international YOCOCU conference for the kind invitation and for encouraging her to try a Living Lab. She is particularly grateful to two anonymous referees of this paper for their comments. The Author is also grateful to Carlo Cardinale for permission to use his photos, (Figure 1, Figure 4, Figure 5, Figure 6, Figure 8 and Figure 12). The other images were taken by the Author. 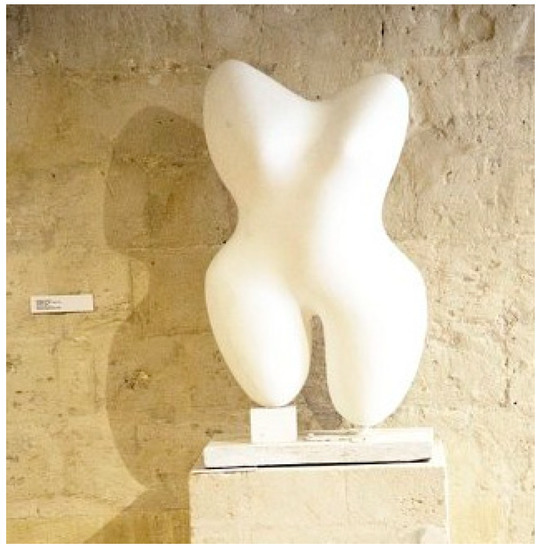 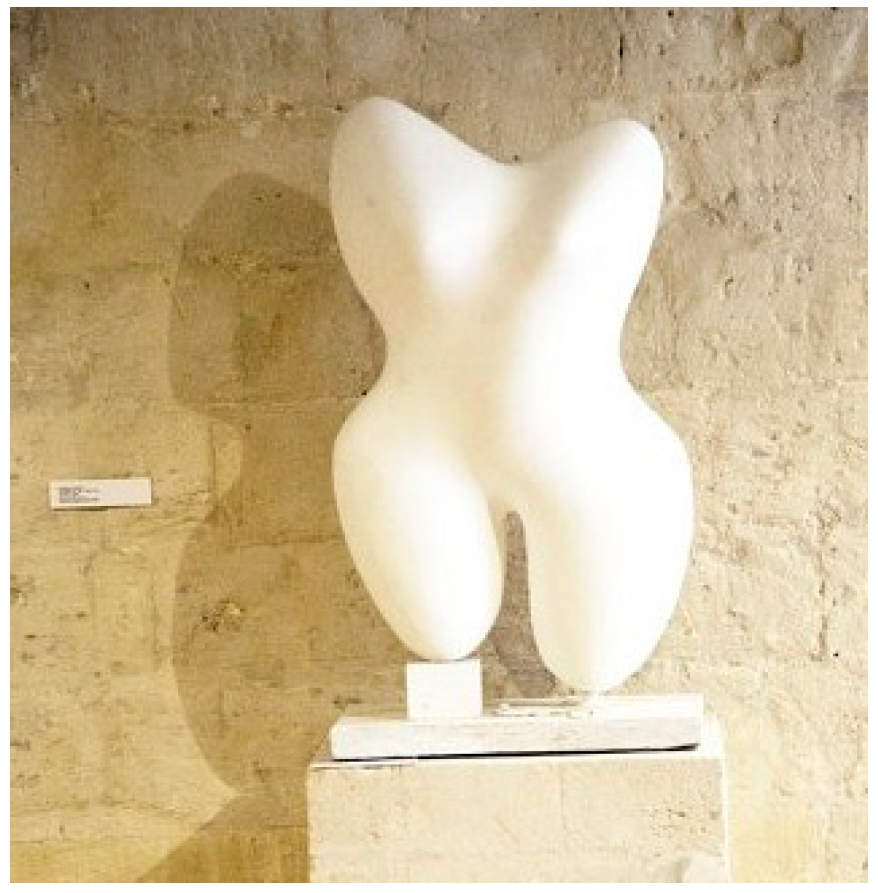 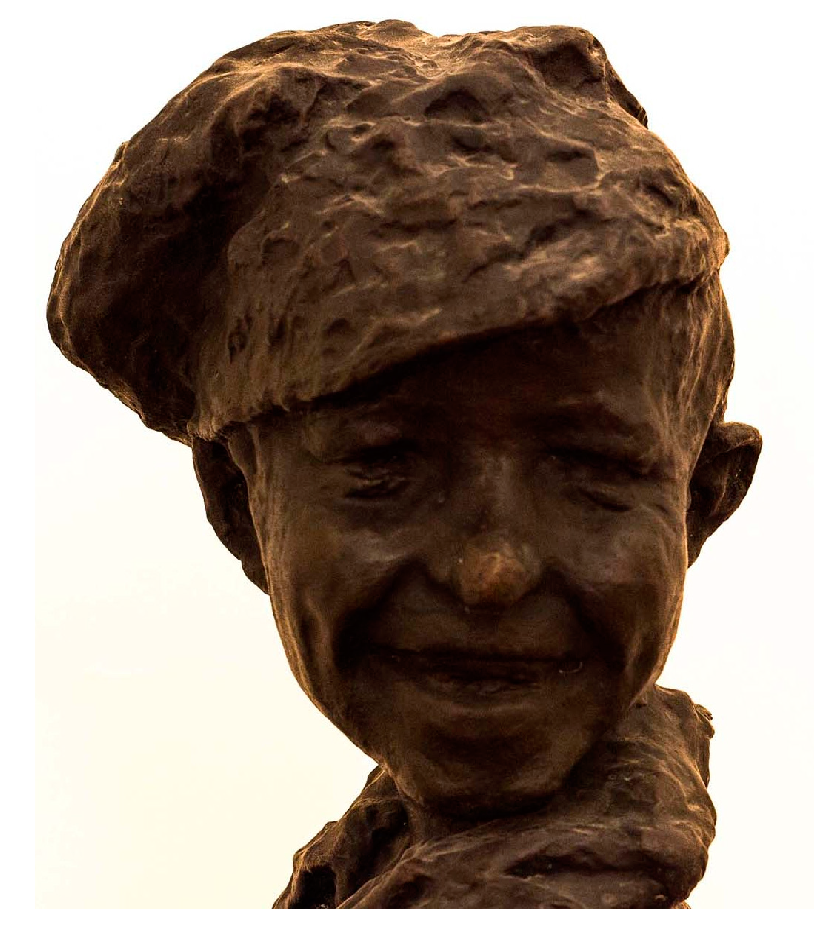 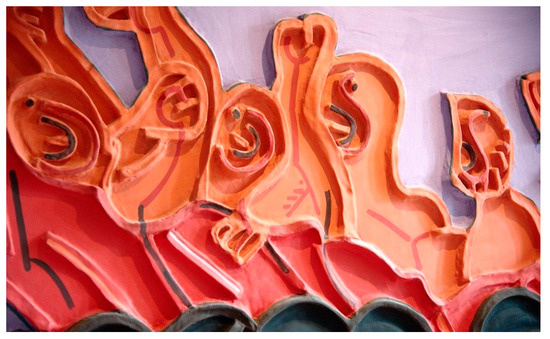 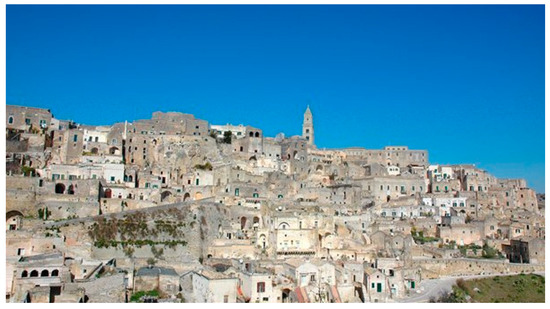 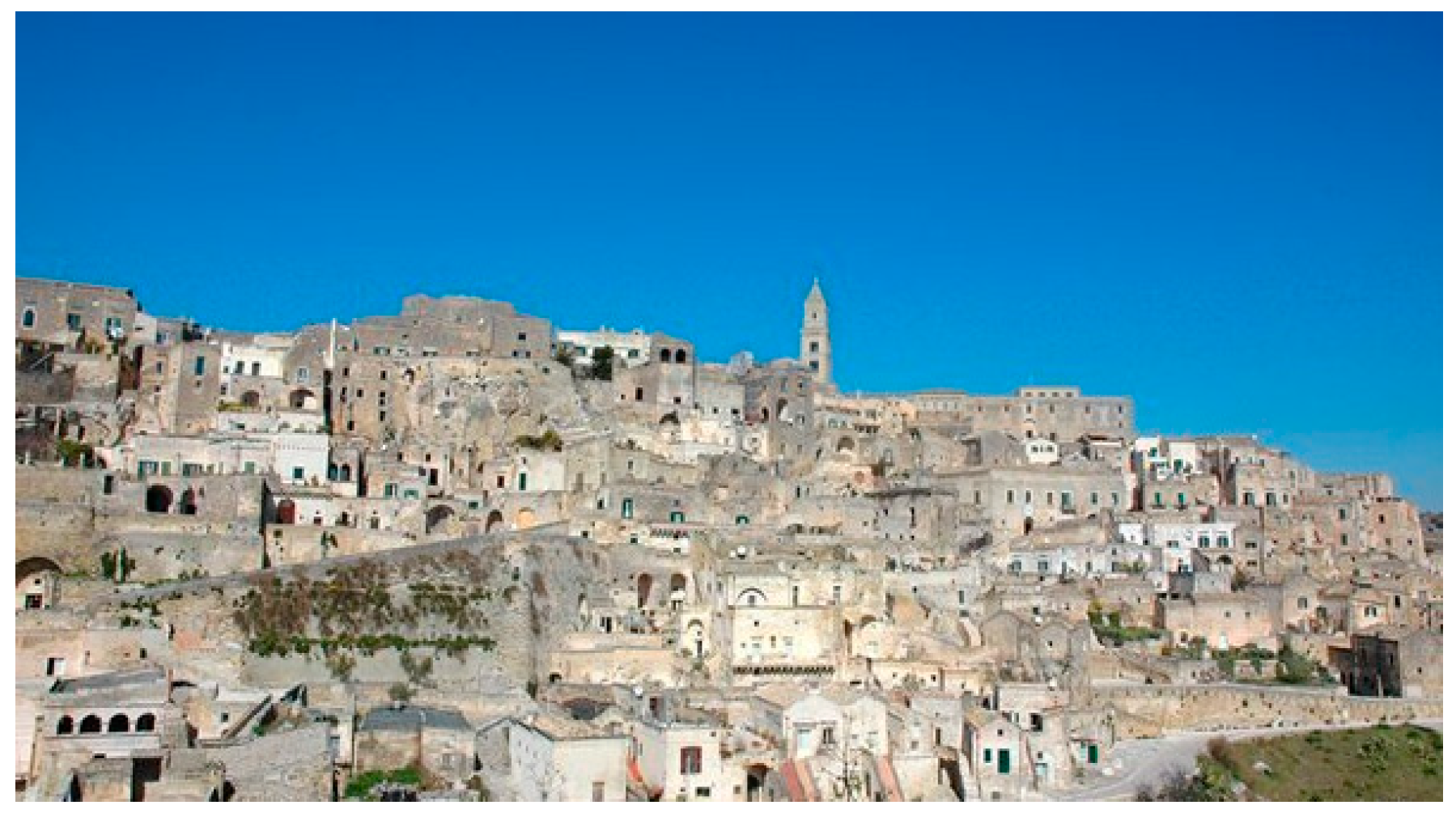 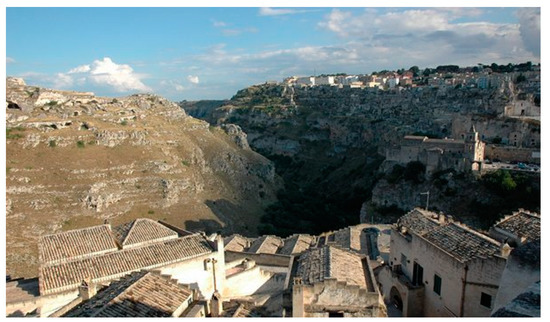 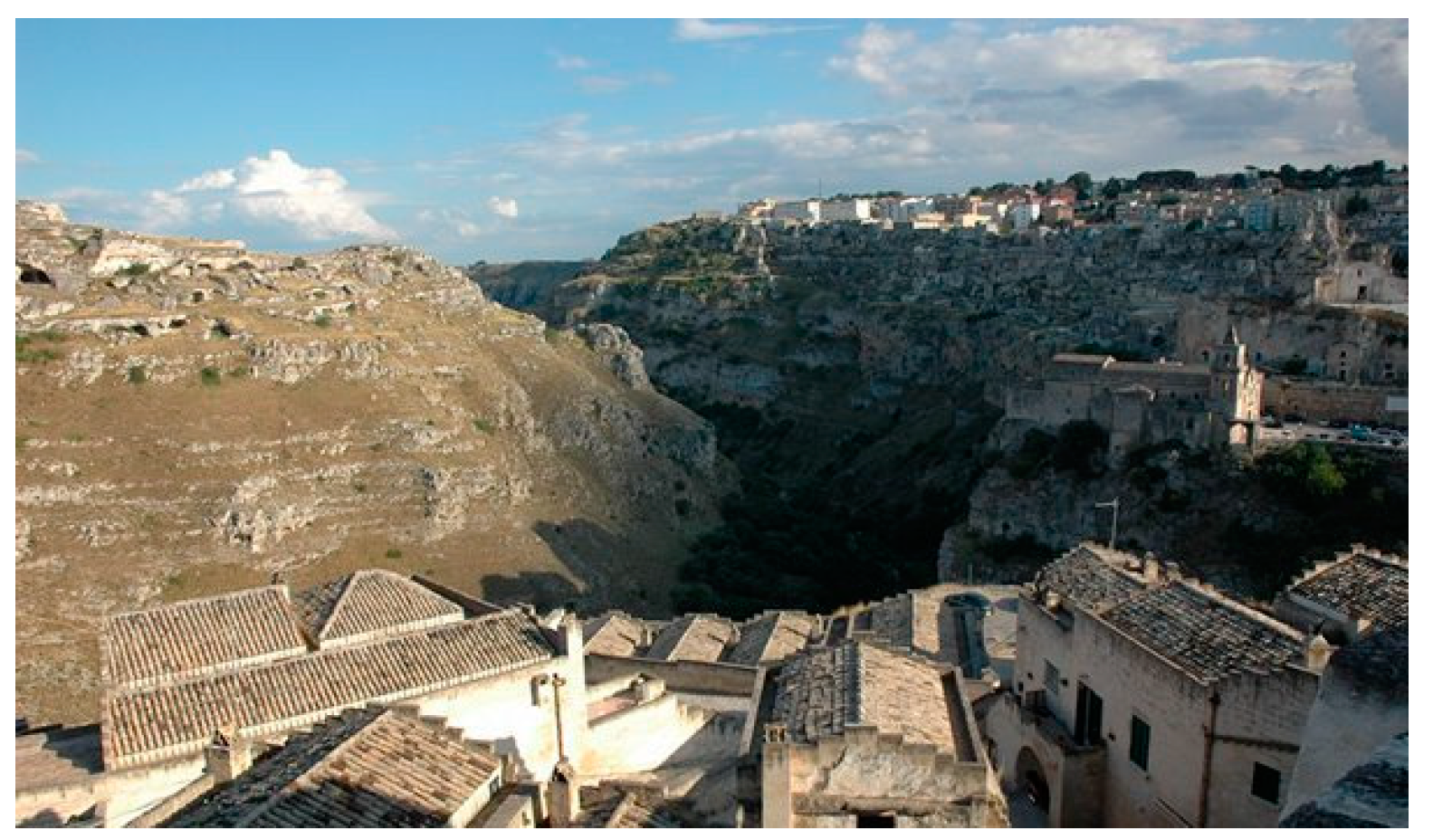 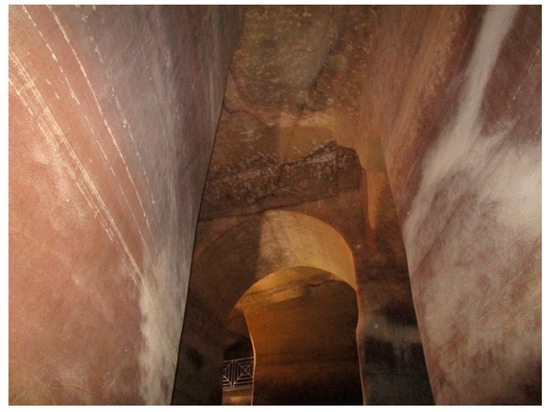 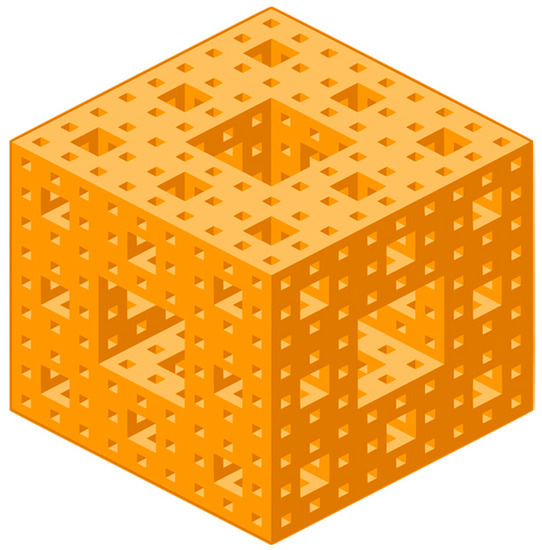 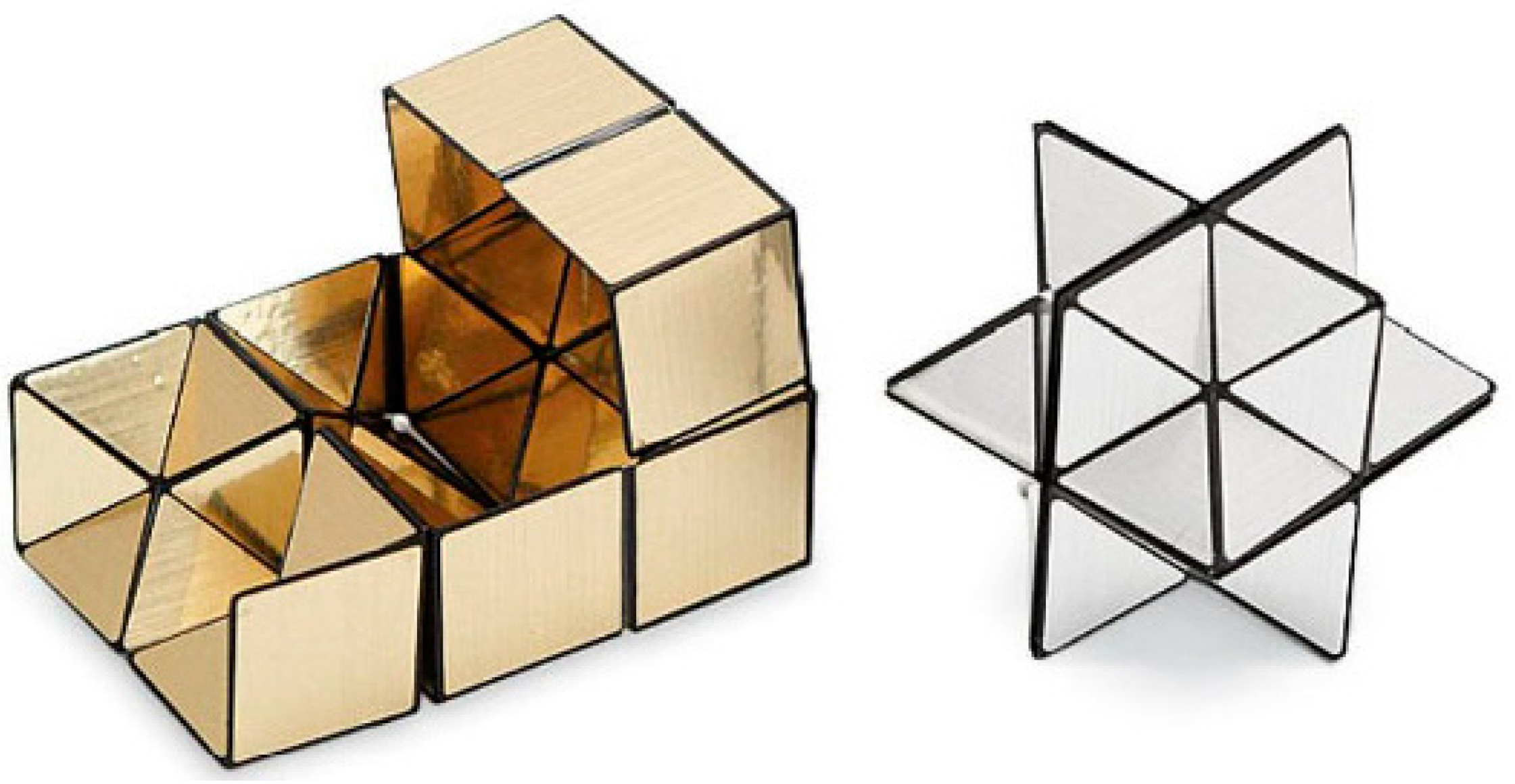