Receptor Regulation in Taste: Can Diet Influence How We Perceive Foods?
Next Article in Special Issue

Hypertension is regarded as a promotive and risk factor of atherosclerosis [1]. Several lines of evidence have shown that endothelial injury, an initial step of atherosclerosis, is caused by hypertension-induced pressure overload, stretch, or shear stress on the artery wall [2]. As a result, endothelial inflammation characterized as increased expression of inflammatory cytokines and adhesion molecules as well as the migration and proliferation of arterial smooth muscle cells (SMCs) and the production of extracellular matrix production, such as collagen, fibronectin, elastin, and matrix metalloproteinase (MMP), by SMCs [2]. These phenomena are called hypertension-induced arteriosclerosis and remodeling. In addition, a lipid core derived by oxidized low-density lipoprotein (oxLDL)-induced macrophage foam-cell formation is essential for atherosclerosis [3]. The formation of atherosclerosis is caused by several vasoconstrictors increased in hypertension. We have clarified that angiotensin II, endothelin-1, urotensin II, kisspeptin-10, and 5-hydroxytryptamine (serotonin) play important roles in linking hypertension to atherosclerosis [4,5,6,7,8]. In contrast, a variety of novel hypotensive peptides, such as salusin-α, heregulin-β1, urocortin-1, omentin-1, and catestatin contribute to suppress atherosclerosis [9,10,11,12,13]. Recent studies have shown that cariotrophin-1 (CT-1) is an active inducer capable of cardiac hypertrophy and vascular stiffness in hypertensive heart disease [14]. We have provided the first evidence that CT-1 is expressed at high levels in atherosclerotic lesions and shows proatherogenic effects [15]. Other studies have reported that plasma concentrations of CT-1 are increased in patients with coronary artery disease (CAD) [16].
The present review introduces the recent accumulating evidence regarding the roles of CT-1 in the pathophysiology of atherosclerosis and the potential biomarker of cardiovascular and metabolic diseases.

2. Structure, Expression, and Function of CT-1

CT-1 is a new member of the interleukin (IL)-6 cytokine family that was originally cloned from a mouse embryoid body cDNA library based on its ability to induce hypertrophy in neonatal cardiomyocytes [17]. cDNA clones of human CT-1 were isolated by screening a heart cDNA library with a mouse CT-1 probe [17]. The DNA sequence of these clones encodes a protein of 201 amino acids that is 80% identical with the 203 amino acid residue of mouse CT-1 [18]. CT-1 has a molecular weight of 21.5 kDa. Human and mouse CT-1 lack a conventional, hydrophobic, N-terminal amino acid sequence indicative of a secretion signal [18]. The amino acid sequence of rat CT-1 is 80% and 94% identical to those of human CT-1 and mouse CT-1, respectively [19]. The coding region of CT-1 is contained on 3 exons and is located on human chromosome 16p11.1–16p11.2 [18].
CT-1 is expressed in the cardiovascular system as well as the brain, thymus, lungs, kidneys, liver, intestine, testes, prostate, skeletal muscles, and adipose tissue [18,19,20,21,22,23]. In cardiovascular cells, cardiomyocytes, cardiac fibroblasts, vascular endothelial cells (ECs), vascular SMCs, and macrophages abundantly express CT-1 [15,24,25,26,27]. Expression of CT-1 is upregulated by mechanical stretching, hypoxia, and hormonal substances such as angiotensin II, aldosterone, noradrenaline, urocortin-1, fibroblast growth factor-2, heparin-binding epidermal growth factor-like growth factor, insulin, glucose, and reactive oxygen species [28,29,30,31,32,33,34,35,36,37]. CT-1 is produced in the heart and secreted via the coronary sinus into peripheral circulation [38]. The concentrations of CT-1 in the circulating blood are directly correlated with the expression levels of CT-1 in the myocardium [39]. Plasma CT-1 concentration is transiently increased by cardiopulmonary exercise in healthy subjects [40]. It may be involved in a mechanism that exercise-induced noradrenaline release and hypoxia increase plasma CT-1 concentration. Adipocytes participate as an important source of plasma CT-1 under hyperglycemic conditions [23]. Therefore, CT-1 could act not only in a paracrine manner, but also as a hormone or adipocytokine involved in the regulation of several physiological/pathophysiological functions.
CT-1 plays a crucial role in cardiac development [41]. CT-1 has a great number of different functions, such as providing myocardial protection, predisposing the heart to pathological conditions, and producing hemodynamic effects and endocrine properties (secreting atrial natriuretic peptide and brain natriuretic peptide) [20,21,22,42,43]. CT-1 participates in cardiovascular remodeling induced by hypertensive heart disease, ischemic heart disease, and heart failure [20,42]. Other than the heart, CT-1 induces the growth of the liver, kidneys, spleen, and airway SMCs, and the atrophy of the thymus, and increases the number of platelets and red blood cells [44,45]. CT-1 has the regulatory effects on glucose and lipid metabolism [46], as well as survival-promoting effects on the nervous system [20].

3. Receptor and Signaling of CT-1

4. Roles of CT-1 in Hypertension

5. Roles of CT-1 in Metabolic Syndrome

Plasma concentrations of CT-1 are elevated in various diseases that are associated with endothelial dysfunction, such as hypertension, diabetes, metabolic syndrome, acute coronary syndrome, heart failure, and chronic renal disease [14,16,23,59,76,77,78,79] (Table 1). Circulating CT-1 concentrations are positively related to arterial stiffness assessed by brachial-ankle PWV independent of traditional cardiometabolic risk factors (diabetes, insulin resistance, lipid profile, high-sensitivity C-reactive protein, creatinine, etc.) [80]. Plasma CT-1 is a predictor of hypertension- and diabetes-induced target organ damage and cardiovascular risk [60]. CT-1 is a reliable biomarker of heart failure (area under the curve: 0.831) in hypertensive patients [81]. Plasma CT-1 concentrations are increased in the accordance with the severity of heart failure, and are helpful in predicting mortality in patients with heart failure [82]. Plasma CT-1 concentrations are also elevated in patients with aortic stenosis or hypertrophic cardiomyopathy [61,62]. Expression of CT-1 is increased in the right atrial and ventricular myocardium in patients with Tetralogy of Fallot, which is associated with hypoxemia-induced activation of the JAK/STAT pathway [83].
Plasma CT-1 concentrations are further increased following the onset of acute myocardial infarction [75]. In a postinfarcted heart, CT-1 expression is increased in the infarcted myocardium in the early phase (24 h to eight weeks), and in the viable myocardium in the chronic phase of wound healing (eight weeks) [84]. The early expression of CT-1 in the infarcted myocardium may represent adaptive and protective phenomena that are beneficial in reducing cardiomyocyte loss and inducing hypertrophy of the remaining cardiomyocytes so that overall ventricular function is remained [85]. CT-1 expression in the late phase of wound healing and the onset of heart failure may contribute to ventricular dilation by inducing hypertrophy of cardiomyocytes with increased cell length [86]. CT-1 stimulates the differentiation of human cardiac fibroblast to myofibroblasts [54]. CT-1 is released from myocardium after coronary artery bypass grafting [87].
Further, increased plasma concentration of CT-1 is a predictor of death and heart failure following acute myocardial infarction [88]. These findings suggest that plasma CT-1 also may be beneficial as a possible biomarker for major adverse cardiac events after acute myocardial infarction.

Recent studies have shed some light on pharmacological intervention against CT-1. As described above, chronic infusion of an anti-CT-1 neutralizing antibody into Apoe−/− mice prevents the development of atherosclerosis [15]. However, to our knowledge, neither the anti-CT-1 neutralizing antibody nor antagonists/blockers for the CT-1 receptor (gp130 and LIFR complex) have been developed as a medical procedure so far. CT-1 transcript levels in peripheral blood mononuclear cells are reduced after lifestyle intervention in obese children [89]. Oral administration of baicalin, a major bioactive ingredient of the traditional Chinese medicine, decreases circulating CT-1 levels in patients with CAD and rheumatoid arthritis [90]. Zhibital, a traditional Chinese medicine used for treating blood lipid disorders, and atorvastatin also reduce circulating CT-1 levels in CAD patients [91]. Simvastatin attenuates CT-1-induced cardiac hypertrophy via JAK/STAT pathway in vitro and in vivo [92,93]. A liver X receptor agonist (TO901317) inhibits oxLDL-induced mitogenic effects of CT-1 [94]. Etanercept, a TNF-α inhibitor, decreases CT-1 levels secreted from neonatal rat cardiomyocytes [95]. These interventions against CT-1 may provide therapeutic advances for atherosclerotic cardiovascular diseases.

CT-1 is known to be a mediator capable of hypertension-induced cardiovascular hypertrophy and remodeling. CT-1 plays a key role in the pathophysiology of atherogenesis in the presence or absence of influence of hypertension. A blockade of CT-1 is expected to emerge as a new line of therapy against atherosclerosis and related diseases. In addition, CT in the circulating blood is a promising biomarker for estimating the presence, severity, and prognosis of atherosclerotic cardiovascular diseases. 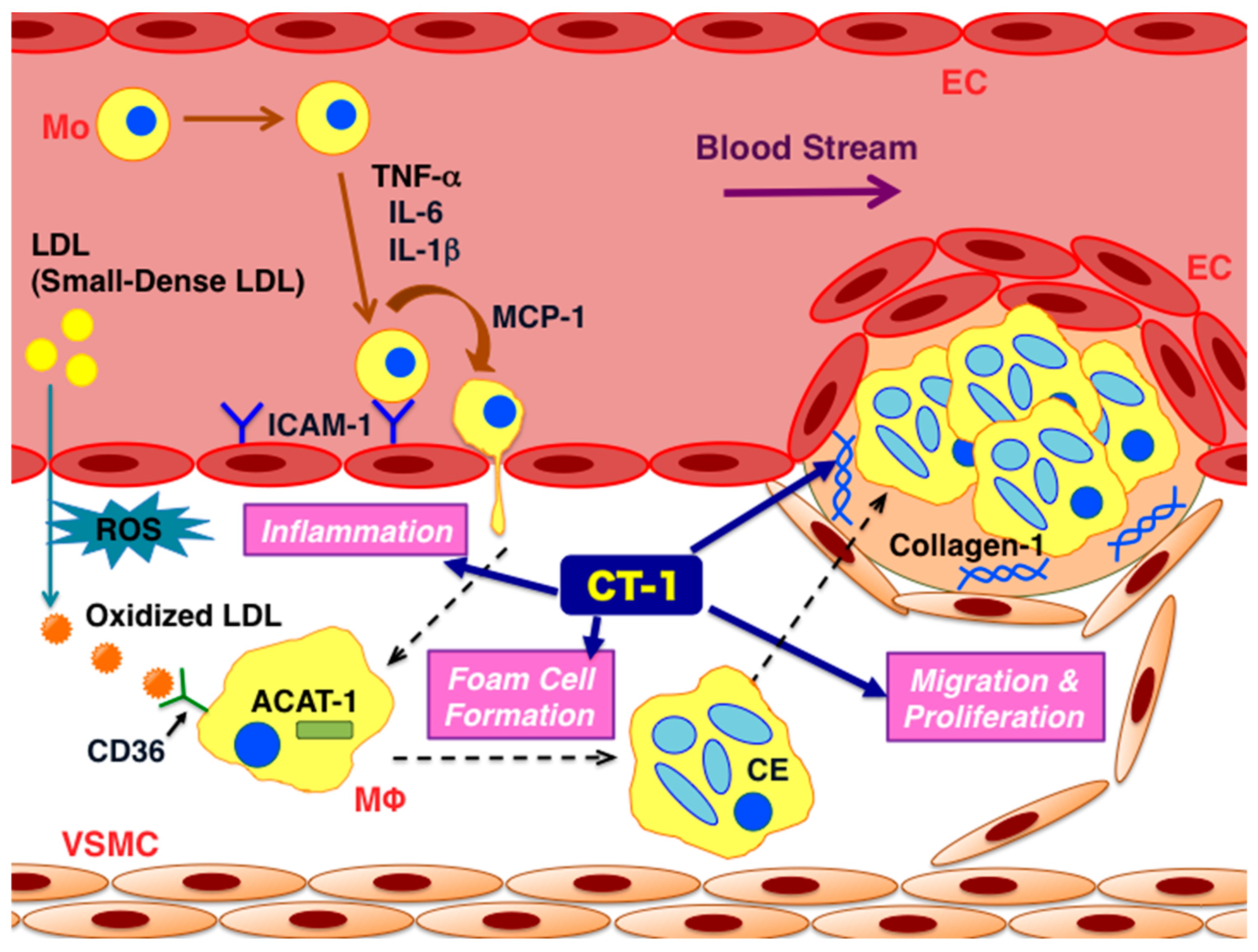 Table 1. Plasma CT-1 concentrations (pM) in various diseases.
Table 1. Plasma CT-1 concentrations (pM) in various diseases.
Data are expressed as mean ± standard error/deviation or median and range. Arrows show changes in CT-1 concentrations compared with controls. LVH = left ventricular hypertrophy.
© 2018 by the authors. Licensee MDPI, Basel, Switzerland. This article is an open access article distributed under the terms and conditions of the Creative Commons Attribution (CC BY) license (http://creativecommons.org/licenses/by/4.0/).
We use cookies on our website to ensure you get the best experience. Read more about our cookies here.
Accept
We have just recently launched a new version of our website. Help us to further improve by taking part in this short 5 minute survey here. here.
Never show this again