A bulldozed fire line is a fire-suppression technique that limits fire movement by altering fuel continuity through vegetation removal and mineral soil exposure. The ecological impacts of a bulldozed fire line may exceed the effects of the fire itself through lasting changes in the soil and vegetation properties; however, little research has been performed to quantify these impacts in grassland systems. In this study, we compared vegetation properties among burned, unburned, and bulldozed fire line conditions on two August 2012 grassland wildfires in Montana. Standing biomass, by growth form, was quantified in 2013 and 2014, and compared using a generalized linear model. Perennial grass production was significantly reduced, while annual grass and annual forb biomass increased in response to the fire line treatment. Shrub and total vegetation standing crop were reduced in response to the fire line in 2013; however, the treatment effects were diminished by 2014. The burned and unburned treatments were generally similar within two years post-fire. The loss of perennial grasses and invasion of competitive annual grasses such as cheatgrass (Bromus tectorum L.) may limit the vegetation recovery of the fire line and promote further invasion of annual grasses into these systems. The marginal impact of the fires on these plant communities suggests the need to limit the use of ad hoc bulldozed fire lines as a suppression activity. If a bulldozed fire line is constructed, we suggest limiting soil disturbance by restricting blade depth to remove only surface vegetation and restricting bulldozer use to flat slopes, even if working with the contour, and incorporating re-seeding as part of or immediately after fire line construction. View Full-Text
Keywords: fire line; wildfire; grassland; rangeland; fire suppression; invasive plants; Bromus tectorum; cheatgrass fire line; wildfire; grassland; rangeland; fire suppression; invasive plants; Bromus tectorum; cheatgrass
►▼ Show Figures 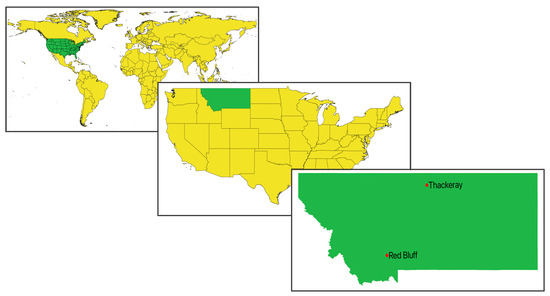