Homeless Interactions with the Built Environment: A Spatial Pattern Language of Abandoned Housing
Next Article in Special Issue

Living Structure Down to Earth and Up to Heaven: Christopher Alexander
Previous Article in Journal

Assessing Alexander’s Later Contributions to a Science of Cities

A Search for Beauty/A Struggle with Complexity: Christopher Alexander

Beauty. Christopher Alexander’s prolific journey in building, writing, and teaching was fueled by a relentless search for Beauty and its meaning. While all around him the world was intent on figuring out how to simplify, Alexander came to embrace complexity as the only path to his goal. The Beauty and life of that which he encountered and appreciated—an Indian village, a city, a subway network, an old Turkish carpet, or a campus—lay in its well-ordered complexity. As a designer and maker he found that simplicity came from choosing—at every step—the simplest way to add the necessary complexity. The failure of so much of our modern world, in Alexander’s eyes, was oversimplification, wantonly bulldozing context, misunderstanding the relationships of part and whole, ignoring the required role of time in the shaping of shapes, and ultimately dismissing, like Esau, our birthright of Value in favor of a lentil pottage of mere Fact. Ever elusive, Beauty demands of her suitors a constant return of attention to see what might be newly revealed, and Alexander duly returned again and again in pursuit of the mystery. In this essay—essentially biographical and descriptive of one man’s endeavors—we examine the full arc of his work from dissertation to most recent memoir. We don’t shy away from his failures, and we don’t simplify his journey. We leave work done by other scholars for another day. We reach no conclusion, rather, we invite readers to reflect on what Alexander’s lifelong effort suggests to them about their own path, their own sense of aesthetics and order, innate cognitive shortfalls, and professional blind alleys. View Full-Text
Keywords: Christopher Alexander; beauty; complexity; well-being Christopher Alexander; beauty; complexity; well-being
►▼ Show Figures 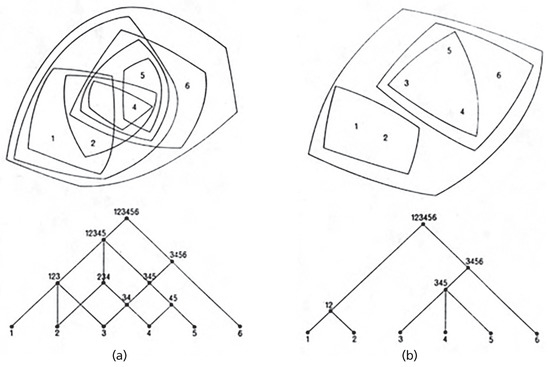