The Limitations of Reward Effects on Saccade Latencies: An Exploration of Task-Specificity and Strength
Next Article in Special Issue

Associations and Dissociations between Oculomotor Readiness and Covert Attention

Meaning and Attentional Guidance in Scenes: A Review of the Meaning Map Approach

Perception of a complex visual scene requires that important regions be prioritized and attentionally selected for processing. What is the basis for this selection? Although much research has focused on image salience as an important factor guiding attention, relatively little work has focused on semantic salience. To address this imbalance, we have recently developed a new method for measuring, representing, and evaluating the role of meaning in scenes. In this method, the spatial distribution of semantic features in a scene is represented as a meaning map. Meaning maps are generated from crowd-sourced responses given by naïve subjects who rate the meaningfulness of a large number of scene patches drawn from each scene. Meaning maps are coded in the same format as traditional image saliency maps, and therefore both types of maps can be directly evaluated against each other and against maps of the spatial distribution of attention derived from viewers’ eye fixations. In this review we describe our work focusing on comparing the influences of meaning and image salience on attentional guidance in real-world scenes across a variety of viewing tasks that we have investigated, including memorization, aesthetic judgment, scene description, and saliency search and judgment. Overall, we have found that both meaning and salience predict the spatial distribution of attention in a scene, but that when the correlation between meaning and salience is statistically controlled, only meaning uniquely accounts for variance in attention.
Keywords: attention; scene perception; eye movements attention; scene perception; eye movements

J.H. wrote the first draft and all authors edited and contributed to later drafts. All authors contributed to the conceptualization, implementation, and analysis of subsets of the experiments reviewed here.

We thank the members of the UC Davis visual cognition group, and Carrick Williams and two anonymous reviewers, for their helpful feedback on this work. We also thank Brad Wyble, Tom Wallis, and others for a stimulating Twitter discussion of the issues raised here. 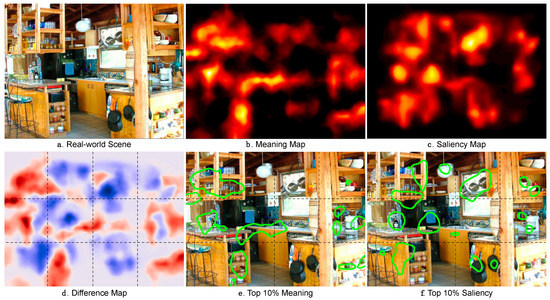 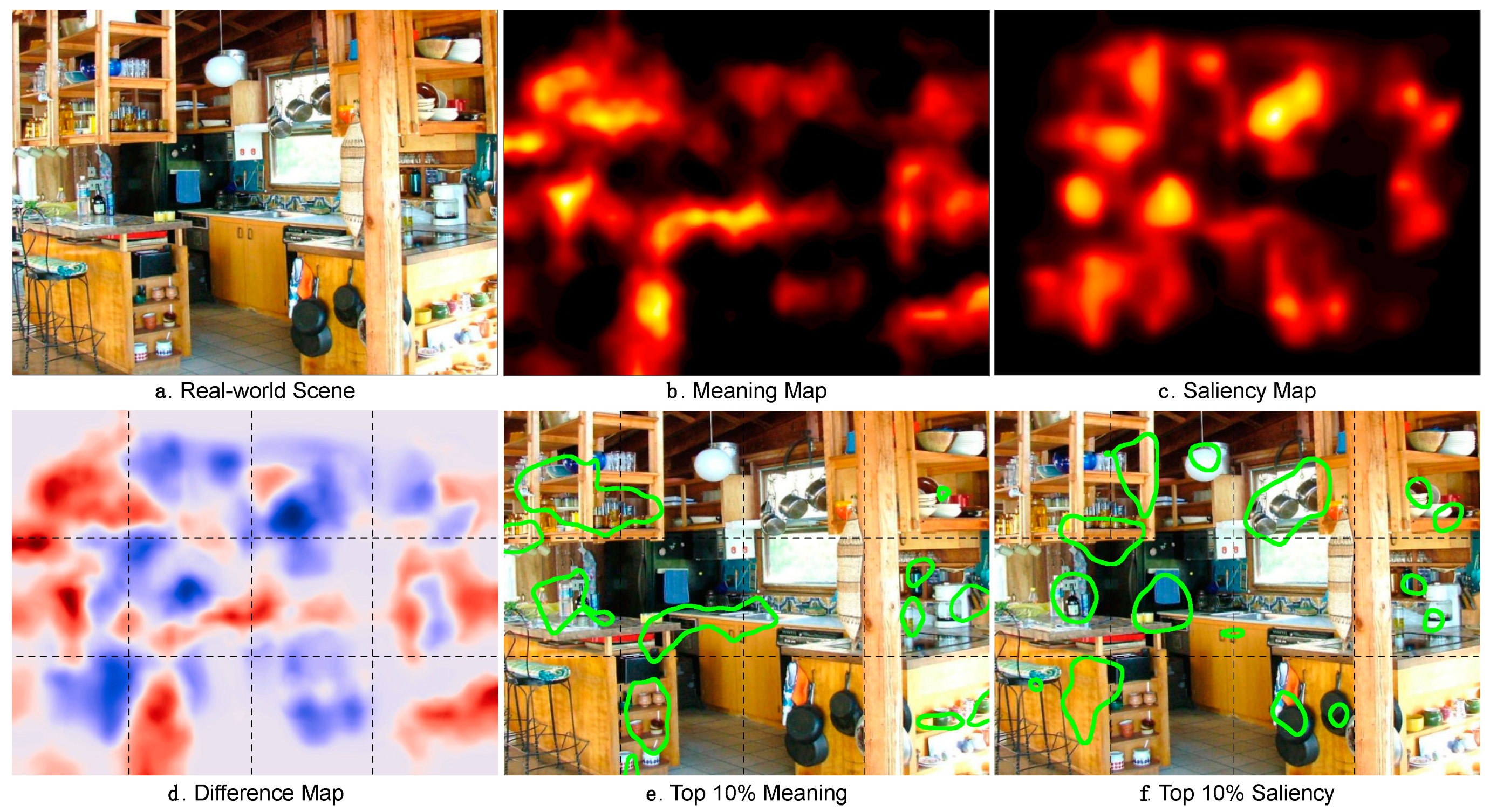 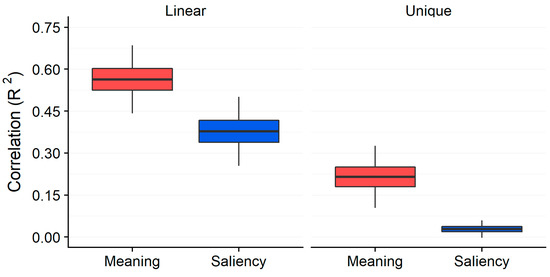 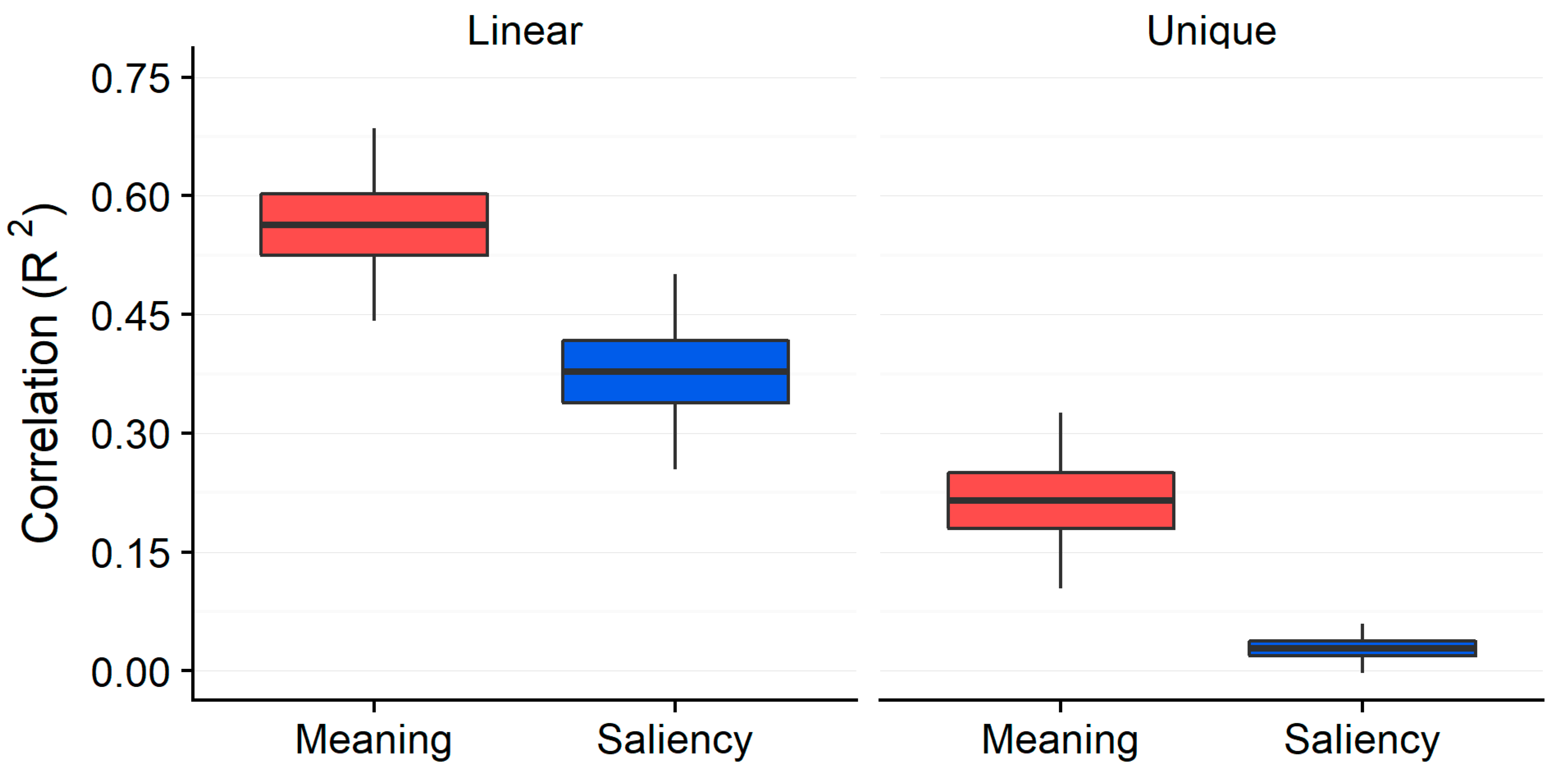