The assembly properties of three known spin crossover iron(III) complexes 1–3, at the air–water interface, are reported. All three complexes are amphiphiles, each bearing a pair of Cn alkyl chains on the polyamino Schiff base sal2trien ligand (n = 6, 12, or 18). Complex 1 is water-soluble but complexes 2 and 3 form Langmuir films, and attempts were made to transfer the film of the C18 complex 3 to a glass surface. The nature of the assembly of more concentrated solutions of 3 in water was investigated by light scattering, cryo-SEM (scanning electron microscopy), and TEM (transmission electron microscopy), all of which indicated nanoparticle formation. Lyophilization of the assembly of complex 3 in water yielded a powder with a markedly different magnetic profile from the powder recovered from the initial synthesis, notably, the spin crossover was almost completely quenched, and the thermal behavior was predominantly low spin, suggesting that nanoparticle formation traps the system in one spin state. View Full-Text
Keywords: spin crossover; iron(III) amphiphile; micelle; Langmuir isotherm; Raman spectroscopy; lyophilization spin crossover; iron(III) amphiphile; micelle; Langmuir isotherm; Raman spectroscopy; lyophilization
►▼ Show Figures 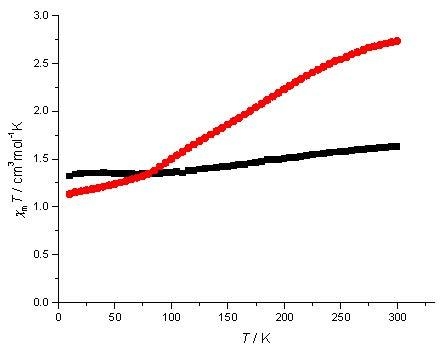