Hydrogel-Based Drug Delivery Nanosystems for the Treatment of Brain Tumors

3D bioprinting holds great promise in the field of regenerative medicine as it can create complex structures in a layer-by-layer manner using cell-laden bioinks, making it possible to imitate native tissues. Current bioinks lack both high printability and biocompatibility required in this respect. Hence, the development of bioinks that exhibit both properties is needed. In our previous study, a furfuryl-gelatin-based bioink, crosslinkable by visible light, was used for creating mouse mesenchymal stem cell-laden structures with a high fidelity. In this study, lattice mesh geometries were printed in a comparative study to test against the properties of a traditional rectangular-sheet. After 3D printing and crosslinking, both structures were analysed for swelling and rheological properties, and their porosity was estimated using scanning electron microscopy. The results showed that the lattice structure was relatively more porous with enhanced rheological properties and exhibited a lower degradation rate compared to the rectangular-sheet. Further, the lattice allowed cells to proliferate to a greater extent compared to the rectangular-sheet, which initially retained a lower number of cells. All of these results collectively affirmed that the lattice poses as a superior scaffold design for tissue engineering applications.
Keywords: hydrogels; cardiac patches; 3D bioprinting; furfuryl-gelatin; lattice hydrogels; cardiac patches; 3D bioprinting; furfuryl-gelatin; lattice

The creation of cell patterns within specific spaces with the retention of their cell function and vitality, through 3D bioprinting, is a method that can be dated back to the 1990s [1]. This technique, with its vast potential and ceaseless possibilities, can bring about path-breaking changes in the field of regenerative medicine and therapeutics by generating complex tissues and organs that can be implanted in-vivo [1]. 3D bioprinting employs a “bioprinter” which uses a “bioink” that can exhibit the characteristics of an extracellular matrix environment and facilitate cell adhesion, proliferation, and differentiation [2,3,4]. Bioinks usually have the cells suspended in a hydrogel-like mixture and loaded within extrusion devices such as syringes prior to printing [5]. After printing, the structural fidelity of the printed shape is retained by secondary crosslinking mechanisms [6]. Traditional bioinks used for bioprinting do not generally possess high fidelity and biocompatibility, which fails to reproduce the complexity in biological organs or tissues [3,7]. So, in a recent study, we optimized the properties of a visible light crosslinkable gelatin-based bioink and successfully printed bilayer rectangular-sheet structures infused with C2C12 myoblasts and STO fibroblasts [6]. The furfuryl-gelatin (f-gelatin) crosslinks through visible-light irradiation, where O2 changes to 1O2 (singlet-oxygen) when the Rose Bengal dye acquires energy from visible-light [6]. The formation of singlet-oxygen leads to the formation of a stable cross-linked f-gelatin structure after bioprinting and deposition [6]. These bioprinted cell-sheets exhibited high fidelity during sustained in vitro culture and the encapsulated cells retained viability and exhibited heterocellular coupling [6]. However, the study did not provide any scope to assess the ability of this gelatin-based bioink to create complex structures such as a lattice, which may serve as an enhanced physical scaffold and provide microarchitectural cues necessary for mimicking the native architecture of the myocardium [8]. This subsequent study explored the feasibility of 3D bioprinting a lattice structure using the same f-gelatin-based bioink and compared it with the rectangular-sheet structure from the prior study by careful considerations of factors like structural fidelity, rheological properties, porosity, and cytocompatibility. We hypothesised that the experiments performed as a part of this study would help us to observe considerable differences between the two structures, i.e., lattice and rectangle, and also open up the possibility of significantly enhancing the design of a 3D bioprinted construct for engineering cardiac tissue-on-a-chip, using bioprinting.

Rheological characterization was evaluated using a previous standardized approach for the proper analysis of hydrogel rheological properties. For measurement, printed and crosslinked gels (without cells) were pre-swollen in 1X PBS (1 h, 25 °C) before testing and cut out from the lattice and rectangular sheet structures, using a biopsy punch (~1 mm deep, 8 mm diameter). We performed oscillatory shear stress rheometry on these gel samples at 1% strain using a frequency range of 0.5–50 Hz on an Anton-Paar MCR101 rheometer (Anton-Paar, Graz, Austria) through an 8 mm parallel plate geometry. The strain and frequency range were examined in the linear viscoelastic range of the gels by frequency sweeps. Elastic modulus was calculated by a previously established formula using complex shear modulus with storage and loss modulus, corresponding to the complex viscosity measured at 1.99 Hz for all samples [6,19].

The cell-laden, bioprinted, and crosslinked constructs of both lattice and rectangular-sheets were overlaid with complete growth medium for mouse MSC and cultured in an incubator (37 °C, 5% CO2 and 95% RH) up to 72 h. During this time, the culture medium was changed by removing the spent medium and by adding fresh growth medium after every 24-h interval. From our previous study, it was shown that culturing the cell-laden constructs in this manner did not affect cell viability nor proliferation, even in the interior parts of the construct, as it was reasonably porous, allowing nutrient uptake and oxygenation [6]. Moreover, 3D cell printing has been shown to allow the effective generation of a cell-laden porous architecture that enables a sufficient supply of cellular nutrition and oxygen [20]. In addition, others have shown that porous 3D cell-printed patches exhibit a higher cell viability [20] than their non-3D printed counterparts.

The cytotoxicity assay was performed using a Live/Dead assay kit, to assess the biocompatibility of the f-gelatin bioink and the printing method [21]. Mouse MSC after being subjected to extrusion-based bioprinting and visible light crosslinking were subjected to the Live/Dead assay (after 15 min). First, the cell-laden structures were rinsed with 1X PBS (three times) and supplemented with pre-warmed complete growth medium for an additional 15 min. Then, the growth medium was removed, and the samples incubated with pre-warmed cytotoxicity reagent (Live/Dead Cytotoxicity Assay Kit Green/Red Staining). A sufficient amount of the reagent was added to cover the samples during the incubation process, for which the samples were placed back into the incubator for 45 min. After incubation, the samples were washed using 1X PBS and imaged using light and confocal microscopy (ZEISS LSM 700 Confocal, Oberkochen, Germany). Acquired images were analyzed using Image J (NIH, Bethesda, MD, USA) and the number of live or dead cells per unit area was reported as the mean ± stdev.

The porous texture of the lattice was analyzed by scanning electron microscopy (SEM) to ensure that the hydrogel retained its structure after printing and crosslinking. Cross-sectional and en-face images of the dried-gels prepared using the f-gelatin-based bioink were acquired using SEM, following published procedures [6,12]. For SEM, acellular and cell-laden samples were employed to determine the morphology and porous structure of the hydrogels, and cell behavior on the scaffolds, respectively.
For sample preparation, lattice structures were printed, dried in a desiccator (Nalgene, Sigma, St. Louis, MO, USA) overnight, and visualized using SEM. Prior to SEM imaging, samples were sputter-coated with gold (1 min, Au coating thickness of 5 nm) in a sputter coater (Jeol USA Smart Sputter Coater, JEOL USA, Inc., Peabody, MA, USA).
To calculate the average pore size and porosity of the lattice and rectangular-sheet structures, cross-sections were prepared for SEM imaging. As this step required a substantial amount of bioink material, only thick sections for the lattice structure were prepared as the data for the rectangular-sheet structures already exists [6]. For sample preparation, for imaging of the cross-section of a lattice structure printed using the f-gelatin-based bioink, the prepared samples were dried in a desiccator, sputter-coated, and visualized using SEM (S-4800, Hitachi, Tokyo, Japan). Cross-sectional SEM images obtained were analyzed using Image J to determine the average pore size and the apparent porosity (%), respectively. A detailed description is provided in the online supplementary information. Apparent porosity was calculated by the following Formulae (1):
SEM was also done to confirm cell retention, spreading, and maintenance of viable cell morphology within the scaffolds, in addition to revealing the overall structure of the lattice scaffolds. For en-face imaging of samples with cells, the cross-section of one representative specimen from each sample pool was examined using a Hitachi TM-1000 SEM equipped with a backscattered electron detector and operating at an accelerating voltage of 15 kV (Hitachi High-Technologies Europe GmbH, Krefeld, Germany) [22].

The swelling behavior of the gels was monitored in Dulbecco Modified Eagle’s Medium (DMEM, pH = 7, 25 °C) for five days to study the hydration dynamics of the crosslinked hydrogel structure [6,12]. Two representative structures of one lattice and one rectangular-sheet each, were printed, crosslinked, and stored at −80 °C (12 h), following which the samples were dried overnight in a desiccator. These dried samples were weighed (W0) and then immersed in DMEM and the increased weight due to swelling and water intake was recorded periodically (Wt), after every 24 till 72-h. The swelling ratio was calculated using the following Equation (2), where Ds represents the degree of swelling, and W0 and Wt represent the weights of the samples in the dry and swollen states, respectively [6,12].

For an estimation of the actual cell numbers in a sample at different time points, lattice structures printed with cells and cultured as described earlier were carefully rinsed with PBS, overlaid with a generous amount of 0.25% trypsin-EDTA, and incubated at 37 °C for 10 min in an orbital shaker (45 rpm). Cells extracted from the first-trypsinization cycle were pelleted by centrifugation, added with other cells that were removed in a second cycle of trypsinization, and counted using a haemocytometer throughout the entire culture period after 24 and 48-h of culture. Absolute cell densities extracted from samples at 24 and 48-h are reported.

To estimate cell proliferation in the bioprinted lattice and rectangular-sheet structures, the cells were pre-stained using the Cell Trace Violet (CTV) proliferation kit using the manufacturer’s protocols [6,12]. Briefly, 1:5000 dilutions were used for the CTV dye in this study, for pre-staining cells. These pre-stained cells were mixed with the bioink (2 × 105 cells/mL) and printed into a lattice or rectangular-sheets and cultured for 24 and 72-h, respectively (37 °C, 5% CO2). After 24 and 72-h, cell-gel samples were treated using Trypsin-EDTA (0.25%, phenol red), after which the cells were detached, extracted, and processed for flow cytometry (FACS). Extracted cells were fixed and processed further for FACS (Beckman Coulter Gallios Flow Cytometer, Brea, CA, USA) using excitation and emission wavelengths of 405 and 450 nm, respectively. Positive controls included pre-stained cells (1 × 105 cells/mL) grown on plastic petri dishes for 24 and 72-h, respectively. Negative controls included non-stained cells grown on plastic petri dishes for 24 and 72-h, respectively.

B.J. acknowledges NIH BUILD Pilot 8UL1GM118970-02 and NIH 1SC2HL134642-01 for funding support and the NSF-PREM program (DMR 1205302) for materials and supplies. N.T. acknowledges the Anita Mochen Loya fellowship at UTEP. The authors also acknowledge the use of the Core Facility at Border Biomedical Research Consortium at UTEP supported by NIH-NIMHD-RCMI Grant No. 2G12MD007592. Research reported in this article was also supported by the National Institute of General Medical Sciences of the National Institutes of Health under Linked Award Numbers RL5GM118969, TL4GM118971, and UL1GM118970. The content is solely the responsibility of the authors and does not necessarily represent the official views of the National Institutes of Health.

We acknowledge the technical assistance received from Armando Varela for kindly assisting us with the FACS analysis and the confocal microscopy and David Roberson for his help with the SEM. 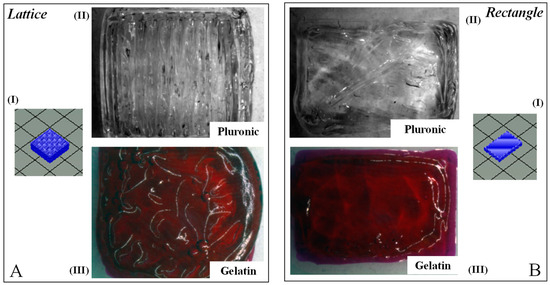