This study provides a brief view of chronic pulmonary aspergillosis (CPA) in the post-tuberculosis treatment community in Vietnam, a high burden tuberculosis (TB) country. In three months in late 2019, 70 post-TB patients managed at Vietnam National Lung Hospital were enrolled. Of these, 38 (54.3%) had CPA. The male/female ratio was 3/1 (28 males and ten females). CPA patients had a mean age of 59 ± 2.3 years (95%CI 54.4–63.6). The mean Body mass index (BMI) was 19.0 ± 0.5 (18.0–20.0) and 16 of 38 (42.1%) patients had concurrent diseases, the most common of which were chronic obstructive pulmonary disease (COPD) and diabetes. Twenty-six patients (68.4%) developed hemoptysis, 21 (55.3%) breathlessness, and weight loss was seen in 30 (78.9%). Anaemia was seen in 15 (39.5%) and 27 of 38 (71.1%) patients had an elevated C-reactive protein (CRP). The most common radiological findings were multiple cavities (52.6%) and pleural thickening (42.7%), followed by aspergilloma (29.0%) and non-specific infiltrates. There were five of 38 patients (13.2%) with a cavity containing a fungal ball on the chest X-ray, but when the high resolution computed tomography (HRCT) was examined, the number of patients with fungal balls rose to 11 (28.9%). Overall, 34 of 38 (89.5%) cases had an elevated Aspergillus IgG with an optical density ≥ 1, and in 2 cases, it was 0.9–1.0 (5%), borderline positive. In nine patients (23.7%) Aspergillus fumigatus was cultured from sputum. CPA is an under-recognised problem in Vietnam and other high burden TB countries, requiring a different diagnostic approach and treatment and careful management. HRCT and Aspergillus IgG serum test are recommended as initial diagnostic tools for CPA diagnosis.
Keywords: chronic pulmonary Aspergillosis; prior tuberculosis; Vietnam; developing countries chronic pulmonary Aspergillosis; prior tuberculosis; Vietnam; developing countries

TB remains a worldwide health problem with complicated sequelae even after the end of treatment [1]. Among TB sequelae, chronic pulmonary aspergillosis (CPA) is the most deadly chronic sequela with multiple presentations [2]. CPA can supervene in many respiratory diseases, including chronic obstructive pulmonary disease (COPD), asthma, and cystic fibrosis, affecting an estimated 3 million people. TB and probably COPD patients are the most common predisposing conditions. About one among five post-TB patients with a cavity will develop CPA after treatment [3].
This disease silently destroys lung parenchyma with progressive cavitation, pleural thickening, and fibrosis. The usual lack of specific symptoms and a definitive diagnostic test leads to high mortality rates, even higher with antifungal drug resistance [4,5].
In limited resources settings and high burden TB countries, CPA diagnosis is commonly confused with other diseases, such as smear-negative TB. These errors lead to harmful problems in both clinical and epidemiological settings: the slow process of diagnosis and treatment, low treatment adherence, and poor outcomes increases the public health risk of developing multidrug-resistant TB because of lack of confidence in TB services, and waste of healthcare resources [5]. Hence, a good approach and understanding of the disease are essential, especially in high burden TB countries [6].
Vietnam is ranked 13th among 30 high burden TB countries [1]. Previous studies have reported a high burden of fungal infections and also antifungal drug resistance [7]. Despite these complications, direct CPA data are lacking in Southeast Asia and Vietnam. Hence, we conducted a study with two objectives: to describe the CPA situation among post TB patients and to evaluate the prognostic factors of having CPA after PTB, to give a preliminary view of CPA in Vietnam, a tropical country with a high TB burden and limited laboratory diagnostics for fungal disease.

A retrospective observational study was conducted with medical records of patients at Vietnam National Lung Hospital from October 2019 to December 2020. All the patients were diagnosed based on international guidelines from the European Society for Clinical Microbiology and Infectious Diseases and the European Respiratory Society [2,8].
All patients with a history of prior TB therapy who presented with abnormal radiological findings and prolonged respiratory symptoms were recruited for this study. The patients were diagnosed with CPA if they had the following criteria: (i) presenting with clinical features such as prolonged cough, weight loss, bronchiectasis, or hemoptysis lasting for at least three months; (ii) radiological findings suggesting any features of CPA, including aspergilloma, cavity, multiple cavities, pericavitary infiltrates, thickened pleura or fibrosis [9]; (iii) serological or microbiological evidence implicating Aspergillus spp. or histopathological evidence [10].
We excluded patients with either a history of having antifungal treatment in the last two months before the clinical review or active TB.

Respiratory specimens, including bronchoalveolar lavages (BAL) and sputum, were cultured and followed a standard protocol provided by our Vietnam National Reference TB Laboratory, located in our hospital, to ensure quality handling. The description of our National Reference Laboratory center can be found elsewhere [11].
Positive culture for Aspergillus sp. from a respiratory sample (BAL, sputum) and histopathology confirmed were taken as solid evidence of CPA. All patients were also tested for Mycobacteria spp. using GeneXpert or culture in sputum and BAL to exclude any TB relapse.
All the patients were screened with a chest X-ray and also had a high solution computed tomography (CT) scan of the thorax. An expert panel interpreted the chest X-rays and CT scans with experienced pulmonologists and radiologists for consensus on the characteristic features of CPA or other conditions.

We tested serum IgG Aspergillus antibodies in all the patients using the Aspergillus fumigatus IgG ELISA (enzyme immunoassay (EIA)) (Bordier Affinity Products, Switzerland). The specimens’ investigation was done as per the manufacture’s recommendations with an optical density (OD) cut-off of 1 for a positive IgG serum level. Moreover, we analyzed with the cut-off OD value of 0.9 to find differences between the IgG serum levels [12].

CPA treatment followed international guidelines (400 mg oral itraconazole (2 capsules) daily after a meal for at least six months in those who agreed to take it. We have not collected follow-up data on response (a future study).

We used the STATA® version 13 (STATA, College Station, TX, USA) for data management and analysis. The demographic and other features were analyzed by descriptive analysis with mean, median, and percentages. All the tests with a p-value < 0.05 were considered significant.

This study was approved by the Vietnam National Lung Hospital Ethical Committee and all the recruited patients signed a consent form before study enrollment.

In total, 70 patients were referred to our hospital because of respiratory symptoms, having been treated for TB previously. Among them, 40 (56.7%) patients were diagnosed with CPA. Two CPA patients with active TB were excluded. Finally, we had 38 CPA patients with a history of prior TB. The male/female ratio was 3/1 (28 males and 10 females). CPA patients had a mean age of 59 ± 2.29 years (95%CI 54.35–63.64) (minimum 22 years and maximum 86 years). Mean BMI was 18.98 ± 0.496 (17.97–19.98). For comorbidities, 16/38 (42.1%) patients had concurrent diseases. The most common were COPD and diabetes (Table 1). Several patients had bronchiectasis (three cases). Cultures for Mycobacteria were negative for all species, other than the two excluded above.
Ten patients had been treated for recurrent TB once, and three patients had been treated for TB three times. Remarkably, 14 of 33 (42.4%) patients had a history of being treated for TB more than 10 years previously and 12 (30.3%) 5–10 years previously. Two-third of CPA patients had previously treated TB more than seven years previously (the longest time is 31 years).
Productive cough was the primary symptom noticed in nearly 100% of patients in this study, often with mucus production (n = 37 (97.4%)). Twenty-six patients (68.42%) developed hemoptysis, 21 (55.3%) breathlessness, and weight loss was seen in 30 (78.9%). Anaemia was seen in about a third of patients—15 (39.5%).
Culture grew Aspergillus fumigatus in 10 cases, six in sputum, and four from BAL specimens. No other species were found. Histopathology findings were characteristic of CPA in three patients who underwent lung lobectomy and the other two who had transthoracic lung biopsies.
Overall, 27 of the 38 (71.1%) patients had an elevated C-reactive protein (CRP) (Table 2). All patients were tested for Aspergillus IgG (Table 2).
Overall, 34 of 38 (89.5%) cases had an Aspergillus IgG optical density ≥ 1, and in four cases, IgG was less than 1 (10.5%). The mean IgG OD was 2.82 ± 1.9. There were four cases with an Aspergillus IgG < 1. One case had lung lobectomy, so confirmed histopathologically. Others were confirmed with Aspergillus in sputum and BAL culture (in one case, the Aspergillus IgG OD was 0.978, and two others were 0.482 and 0.738). If the OD threshold was reduced to 0.9, two more cases were defined as CPA using serology (94.7%) (Figure 1).
We found a slight correlation between the duration of TB infection and Aspergillus IgG levels (p-value = 0.005) (Figure 2). However, the R squared is low (0.01), indicating that the height of the Aspergillus IgG antibody response is only slightly influenced by time.
With regard to the radiological findings, half of the patients had bilateral damage, 31.9% had damage on the right side, and the remainder only on the left. The most common findings were multiple cavities (52.6%) and pleural thickening (42.7%), followed by aspergilloma (29.0%) and infiltrates. Five of the 38 patients (13.2%) had a cavity containing a fungal ball on the chest X-ray, but when the HRCT was examined, the number of patients with fungal balls rose to 11 (28.9%). (Figure 3).
Following evaluation in clinic, and with all the results available to treating physicians, 21 (55.2%) patients were treated with itraconazole therapy. However, we did not collect follow-up information.

The study was conducted according to the guidelines of the Declaration of Helsinki, and approved by the local Ethics Committee of Vietnam National Lung Hospital (559/2020/NCKH).

The authors are thankful to the doctors at Vietnam National Lung Hospital for their kind support in patient recruitment and management. 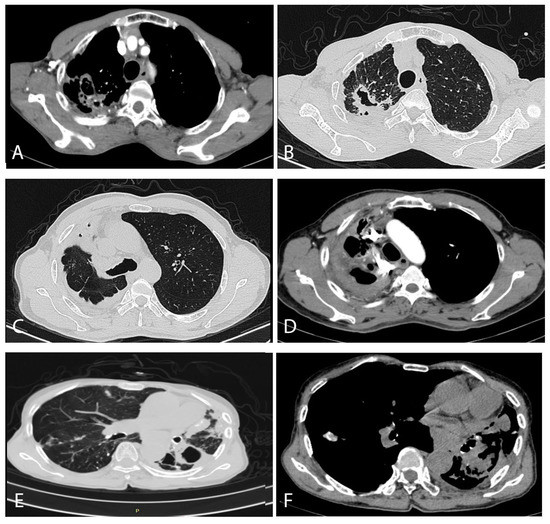 Table 2. The laboratory parameters of CPA patients.
Table 2. The laboratory parameters of CPA patients.
© 2021 by the authors. Licensee MDPI, Basel, Switzerland. This article is an open access article distributed under the terms and conditions of the Creative Commons Attribution (CC BY) license (https://creativecommons.org/licenses/by/4.0/).
We use cookies on our website to ensure you get the best experience. Read more about our cookies here.
Accept
We have just recently launched a new version of our website. Help us to further improve by taking part in this short 5 minute survey here. here.
Never show this again