Levels of Japanese cedar pollen (Cryptomeria japonica) have increased in Japan and cedar pollinosis caused by Japanese cedar pollen has been reported in dogs. Serum levels of immunoglobulin E (IgE) against Cry j 1 and Cry j 2 in dogs raised in institutes and treated at veterinary hospitals in Japan were thus investigated. A total of 71 sera obtained from two institutes and 87 sera obtained from veterinary hospitals in the Hyogo and Kanagawa Prefectures were analyzed in this study. Serum levels of IgE were measured using the enzyme-linked immunosorbent assay with commercial purified Cry j 1 and Cry j 2. IgE against Cry j 1 and Cry j 2 in sera obtained from the two institutes were detected, despite the dogs being bred in enclosed areas. Moreover, significant differences were noted in the serum levels of IgE against Cry j 1 and Cry j 2 between the two institutes. The number of samples showing Cry j 1 or Cry j 2 levels above the cut-off values was greater in the Kanagawa Prefecture than in the Hyogo Prefecture. In total, 14 dogs showed Cry j 1 and Cry j 2 levels greater than the cut-off values in the Hyogo Prefecture, and only three such dogs were seen in the Kanagawa Prefecture. A significant correlation between serum levels against both allergens was observed (r2 = 0.6931, p < 0.0001). View Full-Text
Keywords: Cry j 1; Cry j 2; dogs; IgE antibody; Japan Cry j 1; Cry j 2; dogs; IgE antibody; Japan
►▼ Show Figures 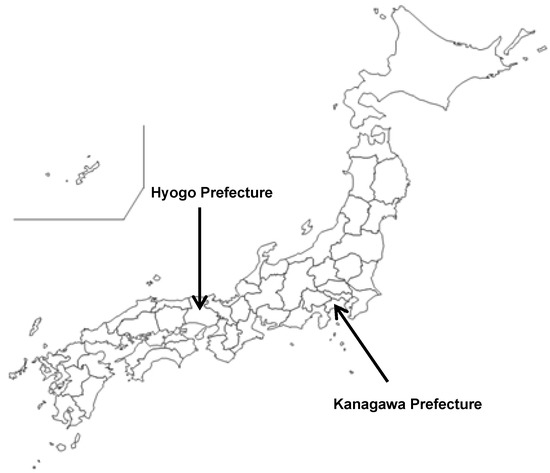