:
Bi-manual therapy (BT), mirror therapy (MT), and robot-assisted rehabilitation have been conducted in hand training in a wide range of stages in stroke patients; however, the mechanisms of action during training remain unclear. In the present study, participants performed hand tasks under different intervention conditions to study bilateral sensorimotor cortical communication, and EEG was recorded. A multifactorial design of the experiment was used with the factors of manipulating objects (O), robot-assisted bimanual training (RT), and MT. The sum of spectral coherence was applied to analyze the C3 and C4 signals to measure the level of bilateral corticocortical communication. We included stroke patients with onset <6 months (n = 6), between 6 months and 1 year (n = 14), and onset >1 year (n = 20), and their Brunnstrom recovery stage ranged from 2 to 4. The results showed that stroke duration might influence the effects of hand rehabilitation in bilateral cortical corticocortical communication with significant main effects under different conditions in the alpha and beta bands. Therefore, stroke duration may influence the effects of hand rehabilitation on interhemispheric coherence.
Keywords:
robot-assisted training; stroke; mirror therapy; bimanual training; EEG; coherence; sensorimotor cortex

Stroke is a major neurological disorder that causes sensorimotor dysfunctions. After stroke, functional recovery in the upper limb is slower than that in the lower limb, thus posing a challenge [1], particularly for patients with chronic stroke. In addition, hand function is complex, and multiple abilities must be integrated to perform a specific task in daily life, such as grasping, pinching, or gripping [2,3,4]. Task-oriented training [5,6], bimanual training (BT) [7], mirror therapy (MT) [8], and robot-assisted therapy [9] have demonstrated benefits for the functional recovery of hand function in stroke patients. In addition, combination therapies such as robots with BT or MT have also been suggested in clinical practice [10,11]. However, the mechanism of action during training remains unclear.
Brain activity is modulated by rehabilitation training and may contribute to functional recovery. For example, BT modulates the motor cortex by disinhibiting cortical activity and involving other pathways to facilitate cortical plasticity [12]. At the same time, MT decreases cortical inhibition in the ipsilateral primary motor cortex or increases the cross-education effect [13,14]. A near-infrared spectroscopy study showed that robot-assisted BT for hand function training induced more balanced cross-hemispheric activities in stroke patients than MT or robotic passive movement therapy [9]. Thus, rehabilitation training may decrease inhibition in damaged brain areas.
EEG studies using event-related desynchronization (ERD) have shown that desynchronization between motor events and responding brain signals increased during active hand training [15,16,17,18]. Regarding functional imaging that investigated interhemispheric activation, Christian Grefke and Gereon R. Fink (2014) suggested that well-balanced bilateral cortical excitatory and inhibitory connections are required for optimizing sensorimotor function [19]. A transcranial magnetic stimulation (TMS)-EEG study of bilateral motor cortical coherence in the beta oscillatory band is considered to reflect GABAergic activity associated with interhemispheric inhibition required for skilled movement, and reduced beta interhemispheric inhibition may contribute to motor recovery [20]. Another study on bilateral sensory cortical interaction showed that interhemispheric coherence is reduced in relation to functional sensorimotor improvement after rehabilitation [21]. Although the studies provided conflicting results, they may imply that the increased bilateral sensorimotor neural activity may be related to functional recovery. However, the neural functions in each hemisphere may become independent. Thus, more evidence is needed to understand neural communication as participants receive training.
In the present pilot study, we investigated the communication between bilateral sensorimotor cortices in stroke participants who had a wide range of stroke onset times, while receiving unilateral hand movement, MT, or robot-assisted bimanual training (RT), and combined interventions with or without object manipulation (O). Non-invasive EEG recordings were conducted to record brain activity while participants were performing training tasks. Finally, coherence analysis was applied to study the interhemispheric connections. Specifically, a factorial design was applied, including conditions involving a mirror, robot, and object manipulation. We hypothesized that varying hand rehabilitation training conditions would alter bilateral communication.

The inclusion criteria for the data of stroke patients used in the analysis were as follows: (1) age ≥ 20 years; (2) first-ever stroke patients diagnosed by clinical presentation and imaging findings; (3) no serious cognitive impairment and ability to follow orders and understand the study procedures; (4) modified Ashworth scale of finger flexors not more than 3; and (5) no visual field deficits or hemineglect. The exclusion criteria were as follows: (1) bilateral hemispheric or cerebellar lesions; (2) seizure disorder; (3) any fixed joint contracture of the affected upper limb; and (4) a history of other neurologic or neuromuscular diseases. We applied Brunnstrom recovery stages to evaluate functional motor recovery. The results of Brunnstrom recovery stages are divided into six stages, ranging from stage 1 (flaccidity) to stage 6 (spasticity disappears and individual joint movement is available), and have been widely applied in stroke patient assessment [22]. The experimental protocol was approved (IRB number: 201900537A3), and written informed consent was obtained from all participants. All methods were performed in accordance with the regulations of the Human Subjects Research Act and guidelines of the Declaration of Helsinki 1975.

EEG activity was recorded using a wearable dry electrode EEG recorder (DSI-24 system, San Diego, CA, USA) with 18 scalp channels and 2 references attached to the subject’s earlobes (Figure 2A). The signal was filtered from 1 Hz to 120 Hz, and the sampling rate of the recording was 300 Hz. Before the experiment, the quality of the EEG signal was tested under both eyes-open and eyes-closed conditions. The quality of the EEG signal is satisfied if alpha oscillatory (7–12 Hz) activity in the eyes-closed condition can be observed in the EEG signal and the oscillatory brain wave is suppressed in the eye-open condition. To investigate bilateral sensorimotor cortical activities, the recording channels overlying the primary sensorimotor and mesial motor areas, marked by C3 and C4, respectively, were used for analysis [25] (Figure 2B).

The present study used a 2 (with vs. without object manipulation) × 2 (with vs. without robot-assistance) × 2 (with vs. without mirror) factorial design experiment (Figure 1B). For each hand movement condition, the participants repeated the movements slowly for at least 60 s. One minute of rest was allowed between conditions when the EEG signals were not recorded. All training sessions were conducted in an individual room inside a general occupational therapy room in the hospital. EEG recordings were performed by a research assistant. The experiment was stopped when any discomfort or adverse events occurred, and adequate medical assistance was provided if necessary. Each training condition was applied once, and the sequence was randomized. The training conditions were as follows:

The participants were asked to flex/extend their affected fingers and place the other hand resting on a table (Figure 2C). Participants were instructed to complete the task while looking at their moving hands.

First, coherence analysis (Equation (1)) was used to analyze neural interactions between brain areas [21,26]. The EEG signal was recorded in each condition for 60 s and analyzed. The signals recorded from the C3 and C4 channels were selected as the regions of interest in the present study, which targeted the left- and right-side sensorimotor cortical areas. We analyzed three frequency bands: alpha band (7–12 Hz), low beta band (13–19 Hz), and high beta band (20–30 Hz) (Figure 3A,B). Coherence calculations were performed using the mscohere function in MATLAB (mscohere (input data, reference, window length, number of overlaps, nFFT, Fs) with nFFT = 256, overlap = 128, and Hanning window length = 256) with a frequency resolution of 1.1719 Hz (Figure 3C). where and are the PSDs of channels C3 and C4, respectively, and is the cross PSD between these two channels; the coherence () ranges from 0 to 1, and a coherence increment indicates greater interregional communication and vice versa. Next, each frequency band was acquired from the coherence spectrum and calculated using Equation (2), where is the data number of the collected frequency band, and is the frequency band (Figure 3C–a).

Statistical analyses were performed using SPSS software (IBM SPSS Statistics; IBM Corp., Armonk, NY, USA). The effect size was estimated by ; for example, = 0.1 implies that group membership can account for 10% of the total variance. Data are presented as mean ± standard deviation. In contrast, in the analysis of coherence sum, multiple-way repeated-measures analyses of variance (ANOVA) were performed using the onset ≤1 year vs. the onset >1 year stroke group as the between-group factor, and O, RT, and MT as the within-group factors. For the stroke group, we performed subgroup analysis, in which the factors for the hand side (right hemisphere vs. left hemisphere) and lesion site (cortical vs. subcortical) were analyzed. The p-value considered for statistical significance was set at p < 0.05.

This work was supported by grants from the MOST108-2314-B-182A-102 and Chang Gung Medical Foundation with grant BMRPB67.

The experimental protocol was approved by the Institutional Review Board of Human Research of the Chang Gung Medical Foundation (IRB number: 201900537A3), and written informed consent was obtained from all participants. All methods were performed in accordance with the regulations of the Human Subjects Research Act in Taiwan and the guidelines of the Declaration of Helsinki 1975.

The datasets generated and analyzed during the current study are available from the corresponding authors upon reasonable request. All data needed to evaluate the conclusions are presented in the paper.

The authors would like to thank Tsung-Meng Guo for the data collection. We also thank the study participants and people who supported the recruitment efforts. This work was supported by grants from the MOST108-2314-B-182A-102 and BMRPB67.

Jian-Jia Huang is the designer of the Mirror Hand and the funder of Rehabotics Medical Technology, Taiwan. Other authors had no conflict of interest. 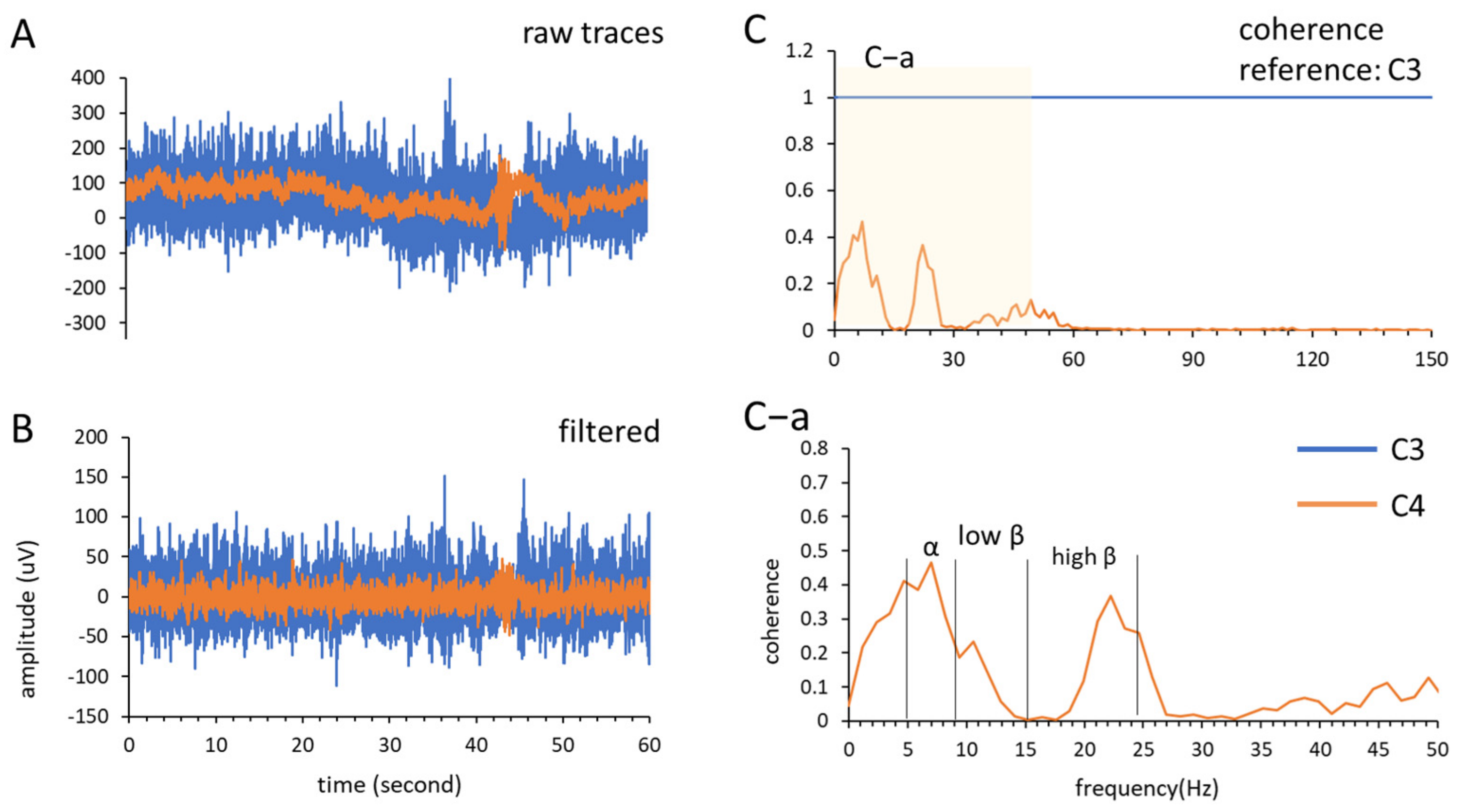 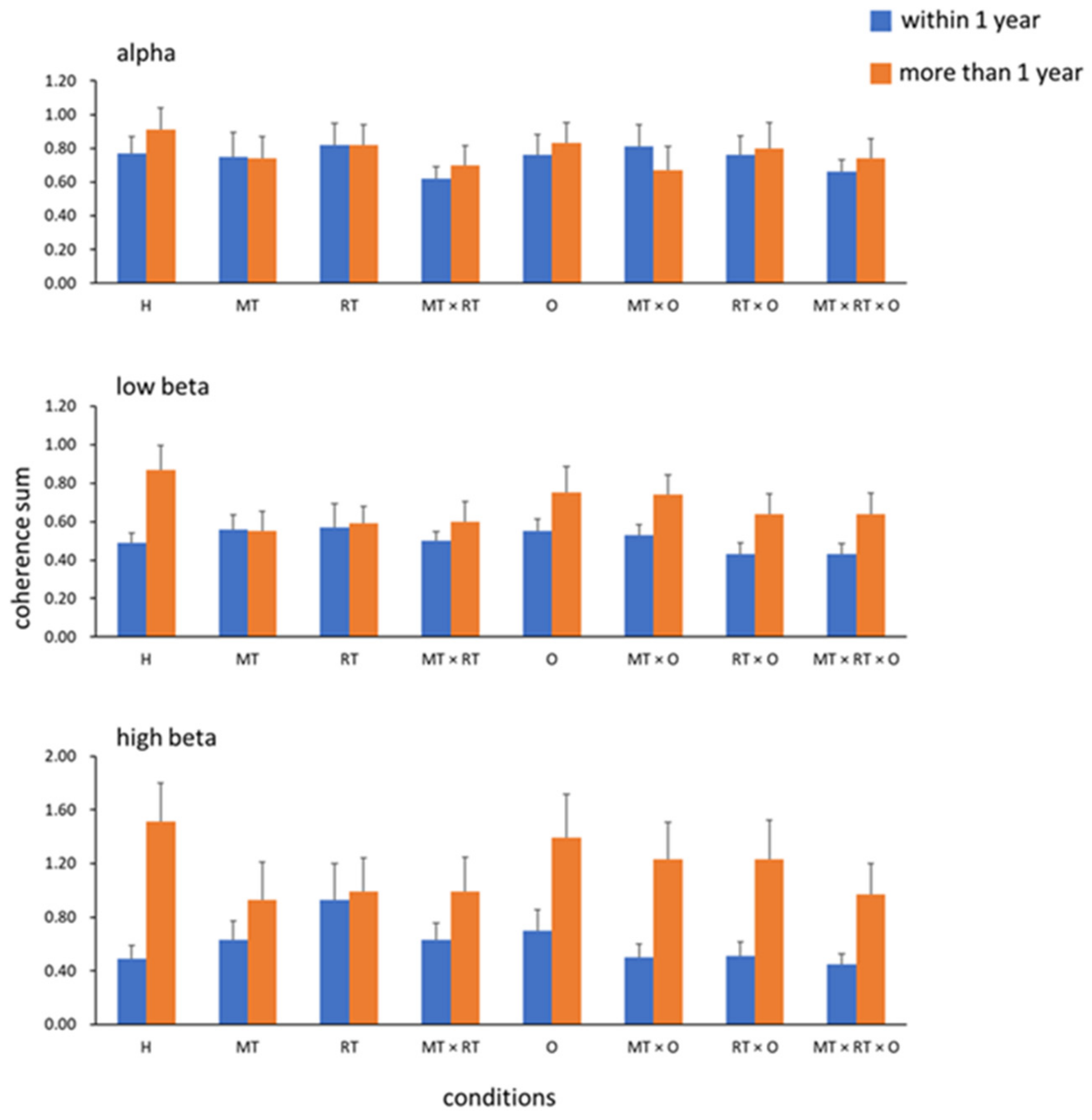