Biosynthesis of Inorganic Nanoparticles: A Fresh Look at the Control of Shape, Size and Composition
Previous Article in Journal

RNA nanotechnology is attracting a great deal of attention recently. As the multiple roles that RNA plays in molecular biology and physiological regulation become clearer, there are many opportunities for engineering RNA-Nanoparticle Complexes (RNA-NPCs). The high “engineerability” of RNA-NPCs comes from the ability to modify the RNA and NP chemistry. For example, the NP can be derived from materials with anticancer activity and the RNA delivered by it, designed to target cell signaling pathways that contribute to the molecular basis of these diseases. Despite this rapid advancement and the availability of new quantification and characterization techniques, a key challenge is to develop a better understanding of the RNA-nanobio interface; that is, the interactions of RNA with NP (RNA-nanobio interface) and how that impacts the structure, function, delivery, and activity of the RNA. Here, we attempt to summarize the state-of-the-art in this new and exciting field, and to lay out potential directions for bioengineering research on RNA-NPCs.
Keywords: RNA-nanoparticle complexes; nano-bio interface; RNA-nanobio interface RNA-nanoparticle complexes; nano-bio interface; RNA-nanobio interface

Nanotechnology has emerged at the forefront of science in the past decade with many applications in engineering. In parallel, with advancements in genomics and proteomics, much of the early biomolecular nanotechnology work was done on DNA or protein-based Nanoparticles (NPs). However, with the advancement of our understanding of RNA, RNA nanotechnology has recently exploded onto the scene (Figure 1).
As shown in Figure 1, there has been an exponential increase in RNA nanotechnology publications in the last 5–6 years. RNA presents some interesting opportunities in comparison to proteins, where its chemistry is much less complicated, and there is a rich pipeline of modifications to explore in conjunction with NPs. So too, there are new nanomaterials now available from virtually every element within Mendeleev’s periodic chart with a myriad of potential applications. The intent of this review is to summarize the current status of the field, and to identify some of the limitations in nanobio research.

Another opportunity represents the techniques necessary to characterize the RNA-nanobio interface. Engineering being principally mathematically driven, it is important to be able to have quantitative parameters by which to optimize the performance of RNA-NPC. Today, a suite of technologies has become available which can shed light on the interaction of the RNA with the surface of the NP. For example, innovations in a variety of different microscopy approaches now allow us to essentially glimpse the surface. Common techniques include microscopy: Atomic Force Microscopy (AFM), Scanning Electron Microscopy (SEM), Transmission Electron Microscopy (TEM) and others. Surface Plasmon Resonance (SPR) properties of NPs (only Noble metals-Au and Ag), based on free electron oscillations-which are size and shape dependent [53], may be useful in characterizing the RNA nanobio interface.
Zeta potential (ζ, ±) and Dynamic Light Scattering (DLS) are two common techniques which reveal changes in the electrostatic potential at the surface when RNA binds or in the hydrodynamic diameter of the particle respectively. These techniques, while semi-quantitative, tend to be difference measurements (positive to negative, or shift in peak) and may not generate information that ultimately correlates with bio-activity.
Techniques which can discriminate the nature of the nanobio interaction include nuclear magnetic resonance (NMR), infra-red (IR), ultraviolet (UV) spectroscopy and others. Further, surface functionalization characterization can be studied by 1H NMR, Raman Spectroscopy and Fourier Transform Infrared Spectroscopy (FT-IR). Based on the functional groups present, the peaks obtained from the NMR and IR can be used to detect the presence and binding of groups on the NP surface. Additionally, shifts in NMR and IR peaks can be used to detect conformational changes caused due to NP binding. Techniques such as X-ray Photon Spectroscopy (XPS) have been used with some success in determining the configuration of RNA on NP surfaces [54,55]. For some biomedical nanomaterials, certain NPs are fluorescent. The unique spectral signature of NPs shifts when bound to RNA can be used to determine qualitatively if the RNA-NP complex has been formed. This technique, developed by our group, Two-Dimensional Fluorescence Difference Spectroscopy (2D-FDS) [56], provides another potential quantitative parameter with which to correlate RNA-NPC engineering and design principles with bio-activity.
Thermal characteristics of self-assembling RNA-NPs have also been used to characterize the RNA-nanobio interface. The melting point temperature of self-assembling RNA-NPs has been used to determine controlled release as well stability over temperature ranges [5,9,57]. Further, addition of RNA causes changes in the melting temperature of the RNA-NP complex [57].
Table 1 is a summary of examples of RNA nanobio characterization where a variety of RNA types such as siRNA, aptamer, microRNA (miRNA) and ribozymes have been studied.

4. RNA-NPC and the Biological Milieu

NPs possess physiological and chemical properties that are different than their parental bulk materials. Addition of RNA and functionalization further change the NP surface properties and how they interact with the biological milieu.
RNA-NPCs introduced into biological fluid have been seen to form Protein Coronas (PC)—aggregations of proteins on the NP surface [63]. These PCs alter the properties of NPs and affect cellular uptake, half-life and distribution amongst other properties [64]. The formation of the PC on the NP surface (in protein-NPs) has been harnessed to be advantageous, as shown in Figure 4.
Intravenous injections of NP drugs necessarily requires an understanding of the interactions between RNA-NPC and blood components-PC accumulation, some of which possess RNAse activity and have been seen to hydrolyze RNA [65]. In cases of in vivo studies, understanding the adsorption of blood proteins to the RNA-NPC surface is crucial. For instance, decrease in proteins adsorbed to the NP surface allows for increased RNA loading for a variety of purposes. Moreover, decreasing the protein adsorption can improve circulation half-life and unwanted host responses [66]. Understanding the interactions of PC proteins with the RNA-NPC surface, additionally, is crucial to determine drug toxicity, dosage, and interactions with off-target materials.
NP-mediated therapy holds the potential for rapid advancement in diagnosis in treatment; however several shortcomings need to be overcome. Firstly, RNA is highly labile and chemically unstable, rendering it extremely sensitive to RNAse degradation. This becomes of special importance for intra-venous drug applications, as the RNA is susceptible to hydrolysis. In addition, the lack of specificity renders it prone to off-target effects due to partial matching. There have been efforts to curb these with structural modifications [33] or using NP as vector systems [33,35].
RNA, unlike proteins, does not possess intrinsic fluorescence. In such cases, the intrinsic fluorescence properties of certain NPs (e.g., Quantum dots and under certain conditions, Gold and Silver) have been used to visualize RNA-NPCs. Additionally, the RNA or NPs have been functionalized with dyes for fluorescence [14,20,57,58,59]. Even with these advancements, however, fluorescence for visualization still remains a shortcoming for numerous RNA-NPCs without intrinsic fluorescence. Finally, characterization of the RNA-nanobio interface and its interactions with the PC remain elusive. Even with the development of techniques such as 2D FDS, understanding the molecular interactions at the RNA-nanobio interface still remain a mystery.

In brief, developing a better understanding of the RNA-nanobio interface is critical to engineering better RNA-NPCs. With the myriad of chemistries available both for RNA and NP, it is now crucial to identify optimal RNA-NPC combinations that will ensure enhanced stability, biocompatibility, and therapeutic effect. Advances in RNA-nanobio characterization are tied to successful RNA-NPC engineering. These opportunities and the challenge of a complex and variable biological milieu in which the RNA-NPC is expected to perform will be important to address for the long-term of RNA-NPC therapeutics.

This work was supported by NIH Grant 7R15CA139390-03 to Robert K. Delong. We wish to thank the Nanotechnology Innovation Center for its resources and support.

Vaibhav Murthy and Robert K. Delong made intellectual contributions to the manuscript. 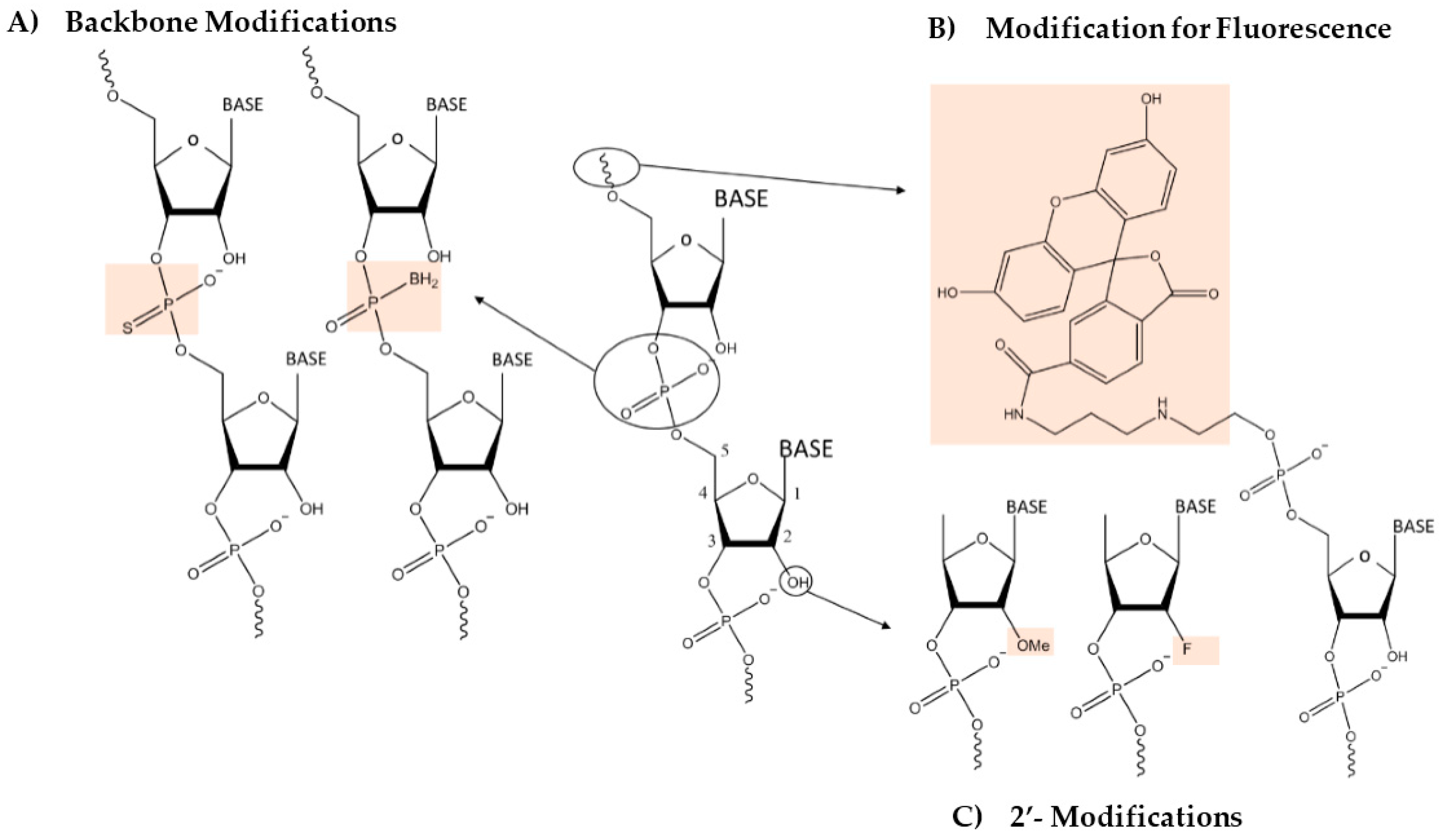 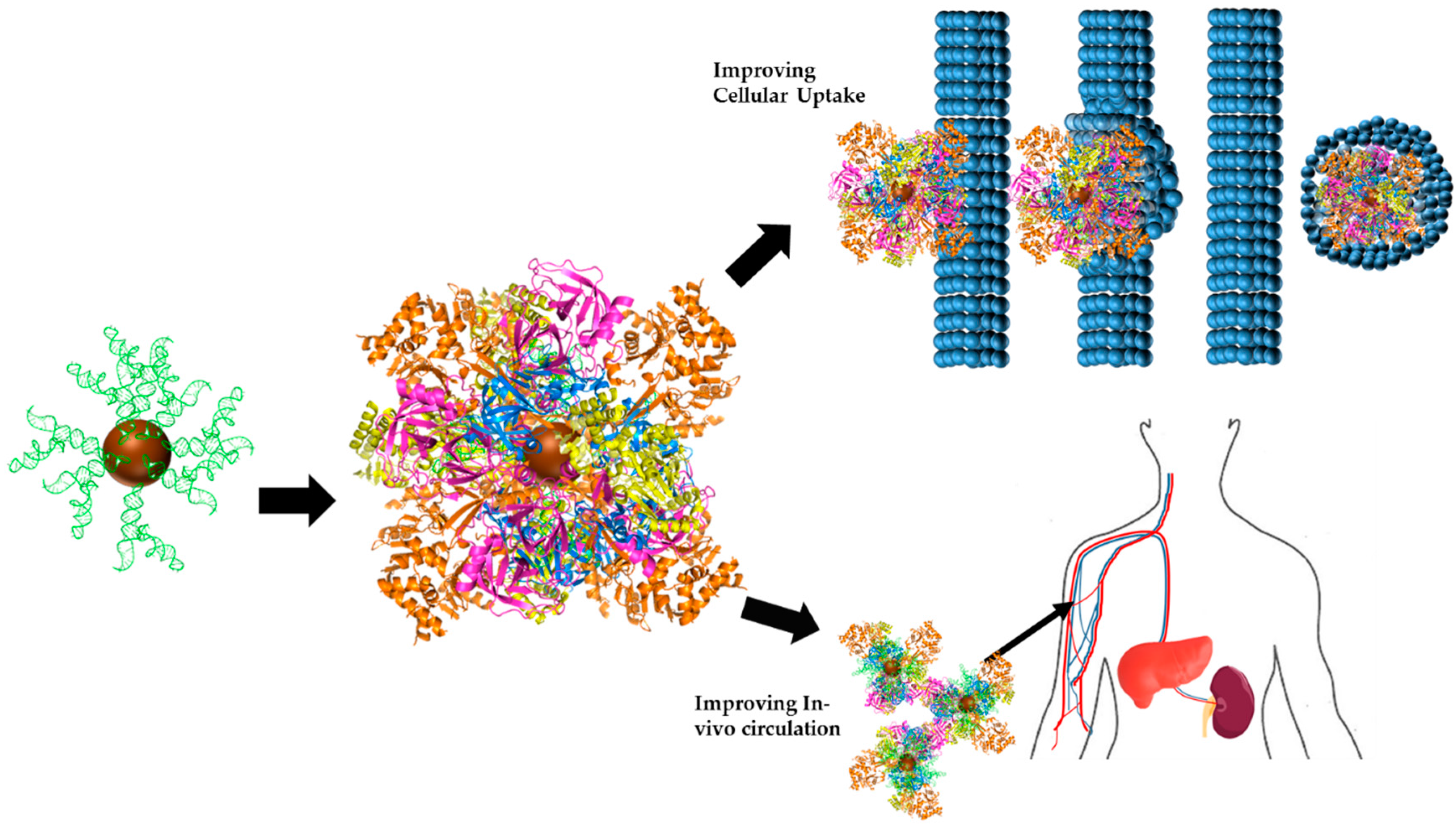 Table 1. Characterizing the RNA-Nanobio interface.
1 DOC-PEI conjugate was formulated and incorporated into the liposome to facilitate endosomal release of ASO; 2 Matrix-Assisted Laser Desorption/Ionization Time-Of-Flight Mass Spectrometry; 3 Both these have been shown to have high CD44 expression ; 4 Prostate Specific Membrane Antigen 5 Measures surface density of NP with modifications; 6 Used to determine the stability of NPs formed. Depending on the weight ratio of NP: Rzs- low weight ratio, there is only slight exclusion of EtBr showing low complexation of NP-RNA; 7 O6-methylguanine-DNA methyltransferase (MGMT); 8 Fatty Acid Synthase siRNA was flanked by DNA spacers and Bcl-xl/2 RNA sequences were added as recognition sequences.