Acupuncture as Add-On Treatment of the Positive, Negative, and Cognitive Symptoms of Patients with Schizophrenia: A Systematic Review
Previous Article in Journal

Genetic Variations Associated with Sleep Disorders in Patients with Schizophrenia: A Systematic Review

Background: Benveniste’s biology experiments suggested the existence of molecular-like effects without molecules (“memory of water”). In this article, it is proposed that these disputed experiments could have been the consequence of a previously unnoticed and non-conventional experimenter effect. Methods: A probabilistic modelling is built in order to describe an elementary laboratory experiment. A biological system is modelled with two possible states (“resting” and “activated”) and exposed to two experimental conditions labelled “control” and “test”, but both are biologically inactive. The modelling takes into account not only the biological system, but also the experimenters. In addition, an outsider standpoint is adopted to describe the experimental situation. Results: A classical approach suggests that, after experiment completion, the “control” and “test” labels of biologically-inactive conditions should both be associated with the “resting” state (i.e., no significant relationship between labels and system states). However, if the fluctuations of the biological system are also considered, a quantum-like relationship emerges and connects labels and system states (analogous to a biological “effect” without molecules). Conclusions: No hypotheses about water properties or other exotic explanations are needed to describe Benveniste’s experiments, including their unusual features. This modelling could be extended to other experimental situations in biology, medicine, and psychology. View Full-Text
Keywords: systems biology; probabilistic modelling; experimenter effect; quantum-like correlations systems biology; probabilistic modelling; experimenter effect; quantum-like correlations
►▼ Show Figures 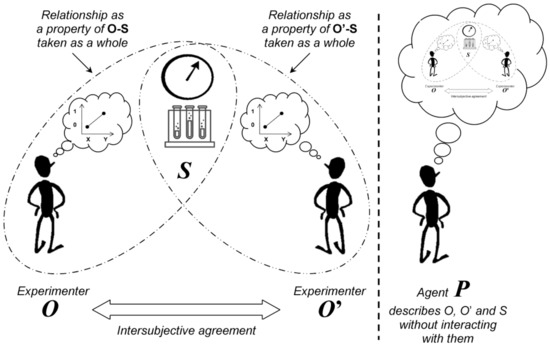