Antibiotic-Resistant Bacteria in Hydroponic Lettuce in Retail: A Comparative Survey 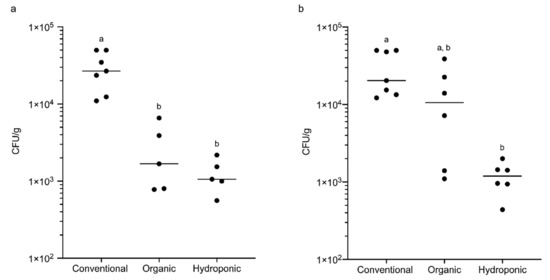