Accumulation of Agmatine, Spermidine, and Spermine in Sprouts and Microgreens of Alfalfa, Fenugreek, Lentil, and Daikon Radish 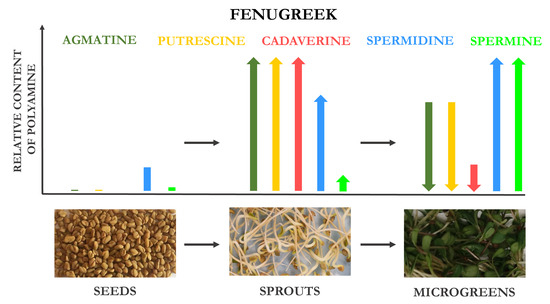