Communicating Science through Comics: A Method

Scientists are trained to tell stories, scientific stories. Training is also needed to comprehend and contextualize these highly nuanced and technical stories because they are designed to explicitly convey scientific results, delineate their limitations, and describe a reproducible “plot” so that any thorough reenactment can achieve a similar conclusion. Although a carefully constructed scientific story may be crystal clear to other scientists in the same discipline, they are often inaccessible to broader audiences. This is problematic as scientists are increasingly expected to communicate their work to broader audiences that range from specialists in other disciplines to the general public. In fact, science communication is of increasing importance to acquire funding and generate effective outreach, as well as introduce, and sometimes even justify, research to society. This paper suggests a simple and flexible framework to translate a complex scientific publication into a broadly-accessible comic format. Examples are given for embedding scientific details into an easy-to-understand storyline. A background story is developed and panels are generated that convey scientific information via plain language coupled with recurring comic elements to maximize comprehension and memorability. This methodology is an attempt to alleviate the inherent limitations of interdisciplinary and public comprehension that result from standard scientific publication and dissemination practices. We also hope that this methodology will help colleagues enter into the field of science comics. View Full-Text
Keywords: academic publishing; comics; popular science; science communication; sequential art academic publishing; comics; popular science; science communication; sequential art
►▼ Show Figures 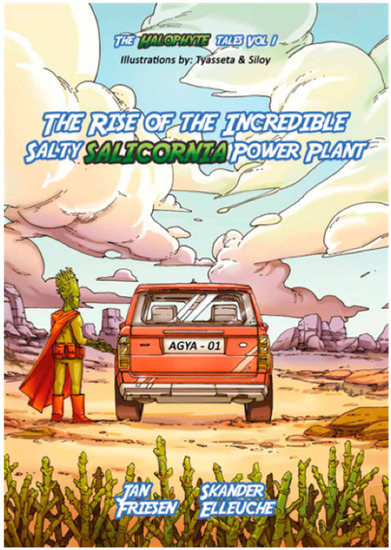