The Viscosity and Intermolecular Interaction of Organic and Inorganic Hybrid Systems Composed of Chiral Schiff Base Ni(II), Cu(II), and Zn(II) Complexes with Long Ligands, Azobenzene, and PMMA

The study of organic–inorganic materials of Schiff base complexes and polymers is progressing to impart new features such as fluorescence properties [1]. Indeed, we have also systematically prepared organic/inorganic hybrid materials composed of chiral Schiff base mononuclear and dinuclear complexes including or mixing azo-moiety in synthetic polymer (e.g., polymethyl methacrylate (PMMA) and polyvinyl alcohol [2]) or biopolymer (albumin [3] or laccase [4]) matrices. In addition, optical alignment by the Weigert effect of azobenzene (AZ) has been widely used [5]. By the UV irradiation of polarized light to PMMA cast film containing AZ (azo-moieties) and chiral Schiff base complexes, an increase in optical anisotropy was observed in our previous studies [6,7,8,9]. After linearly or circularly polarized UV light irradiation, we have also measured polarized electronic (UV-Vis), infrared (IR), and circular dichroism (CD) spectra in order to elucidate light-induced molecular orientation of each component by the direct Weigert effect of AZ (azo-moiety) or supramolecular transmission to metal complexes. However, a detailed mechanism and intermolecular interaction is not reasonably understood. In other words, the mechanism has not been clarified; specifically, the interaction between AZ and metal complex in PMMA film is still unclear.
Previously, to elucidate intermolecular interactions, we designed metal complexes involving an electron-withdrawing (Br– or halogen) group, an UV absorbing and hydrophobic (Ph–) group, and a strong hydrogen-bonding (HO–) group to PMMA [10]. Here, we prepared new similar Ni(II), Cu(II), and Zn(II) complexes (abbreviated as Ni, Cu, and Zn, respectively) that enhance flexibility by inserting one more methylene chains between the Ph– group and the asymmetric carbon atom (Figure 1). We focused on the polarized light-induced molecular orientation control of the present complexes. In order to examine intermolecular interactions further, we employed concentration (viscosity) dependence of PMMA solutions and molecular modeling.

Viscosity and CD Spectra with Molecular Modeling
In order to discuss intermolecular interaction in PMMA, Figure 6 shows a correlation between concentration of PMMA acetone solutions and the intensity of so-called artifact peak of solid-state CD spectra. Our previous studies [19,20] have successfully elucidated that there is a good correlation between viscosity (namely, concentration of PMMA acetone solutions of stiff chiral metal complexes [21]) and intensity of artifact CD peaks, accompanying a gradual restriction of free rotation and losing isotropy of a chiral complex (Figure S4). In principle, isotropy of a chiral material reduces artifact peaks of CD spectra.
In this study, we tested 1:2 mixtures of PMMA acetone solutions (2.5, 5, 10, 15, 20, 25 wt %) and 0.05 mM acetone solutions of complexes and AZ. The strongest artifact CD peaks could be observed at 10%, 15%, and 5% for Ni, Cu, and Zn, respectively. Contrary to other examples of relatively stiff complexes, a poor correlation between viscosity and intensity was found. Both the flexible conformation of ligands and the whole structure of the complexes resulted in a different fashion of intermolecular interaction between the complexes, AZ, and PMMA.
Molecular modeling (Figure 7) helps the visualization of intermolecular interaction fashion between complexes, AZ, and PMMA from the viewpoint of stereochemistry. In the PMMA matrix, free volume around AZ enables AZ to photoisomerize smoothly. Similar to the discussion of AZ, the order of free volume around complexes is Ni > Cu > Zn, which is in agreement with the easy-to-move complexes in PMMA.

In summary, we prepared organic/inorganic hybrid materials containing three new chiral complexes having Br–, Ph–, and –OH groups. Stereochemistry of ligands resulted in weakening propagation of optical anisotropy from azobenzene to chiral Schiff base metal complexes in PMMA polymer matrix. In contrast to previous analogous chiral Schiff base metal complexes without the methylene group (namely, connecting (R)-asymmetric carbon and the Ph– group directly), flexibility for Ni, Cu, and Zn was attributed to a methylene carbon between the (R)-asymmetric carbon and the Ph– group. Linearly polarized UV light irradiation induced anisotropic molecular orientation of AZ as well as complexes, and saturated irradiation time was Ni < Cu < Zn. Viscosity and CD intensity test suggested weak intermolecular interaction between flexible complexes and PMMA. This may be in agreement with the free volume of PMMA around complexes Ni > Cu > Zn.

The computations were performed at the Research Center for Computational Science, Okazaki, Japan. 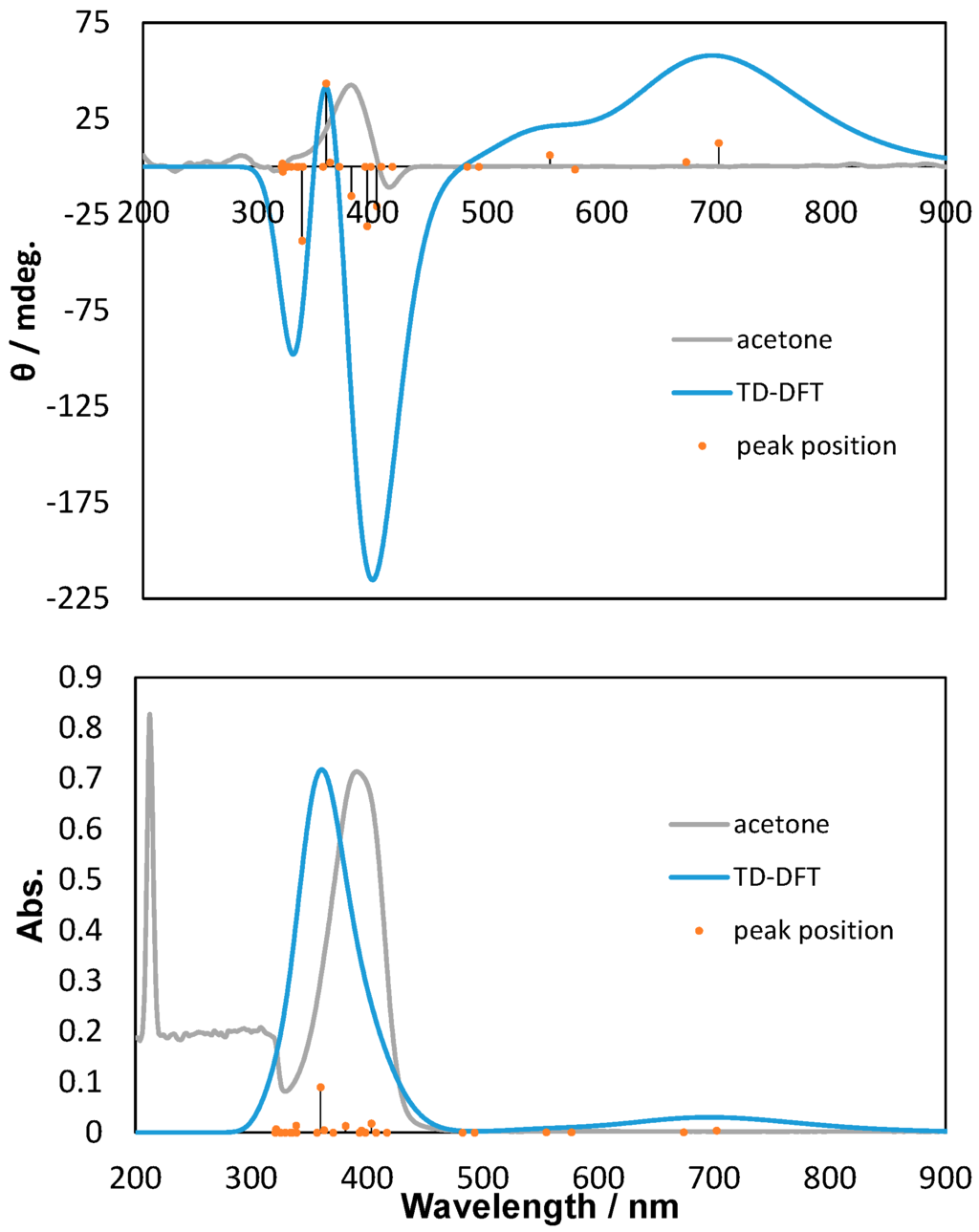 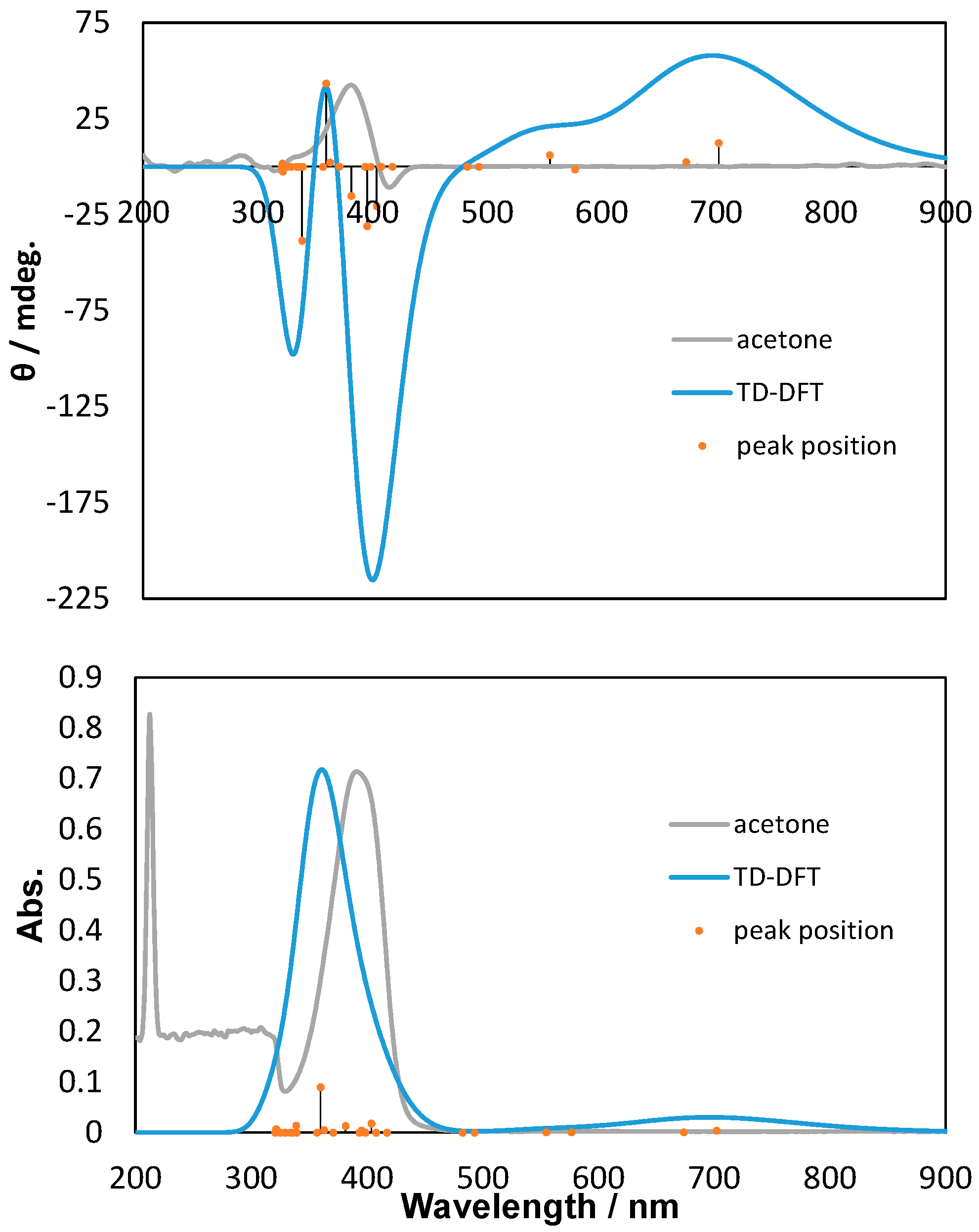 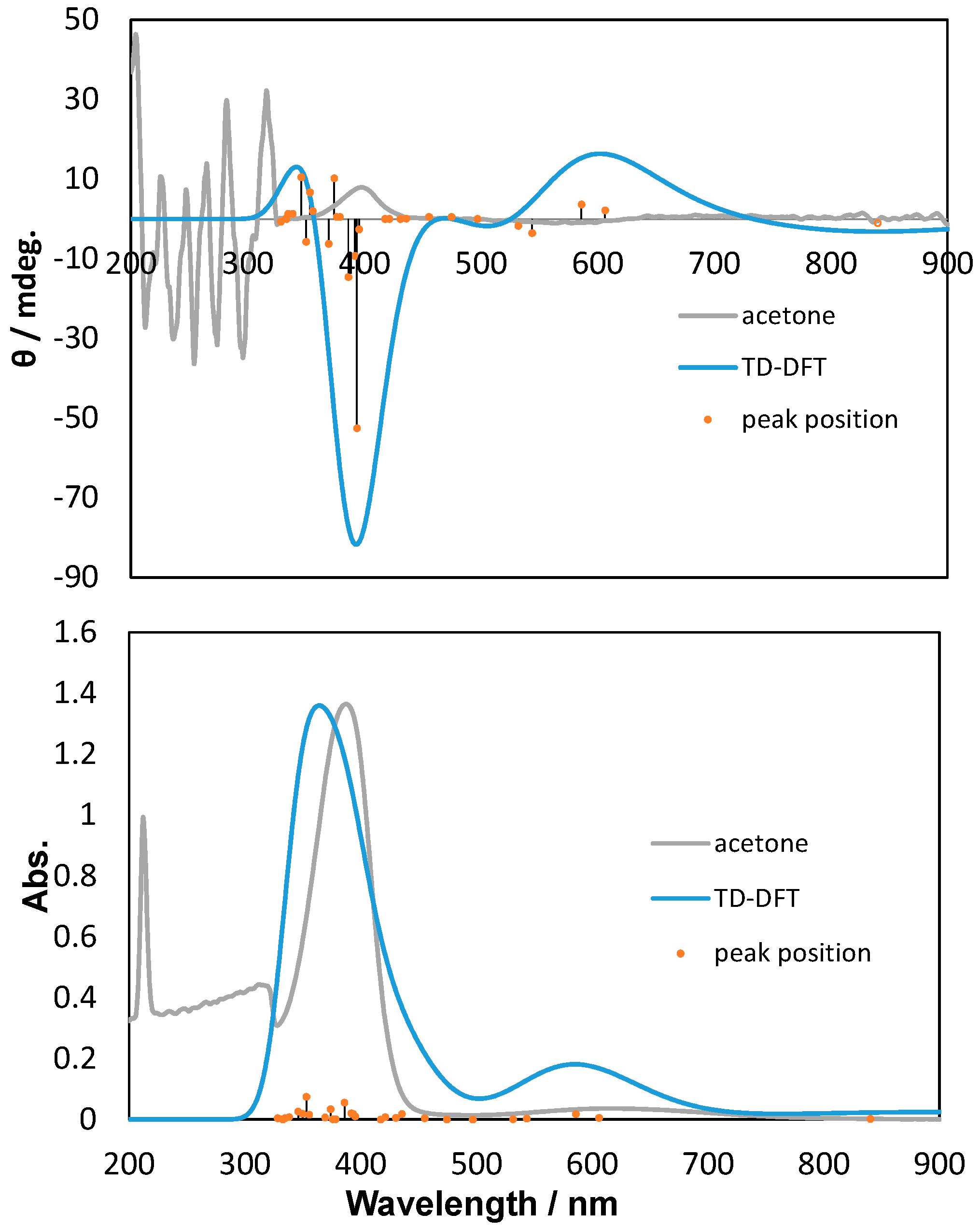 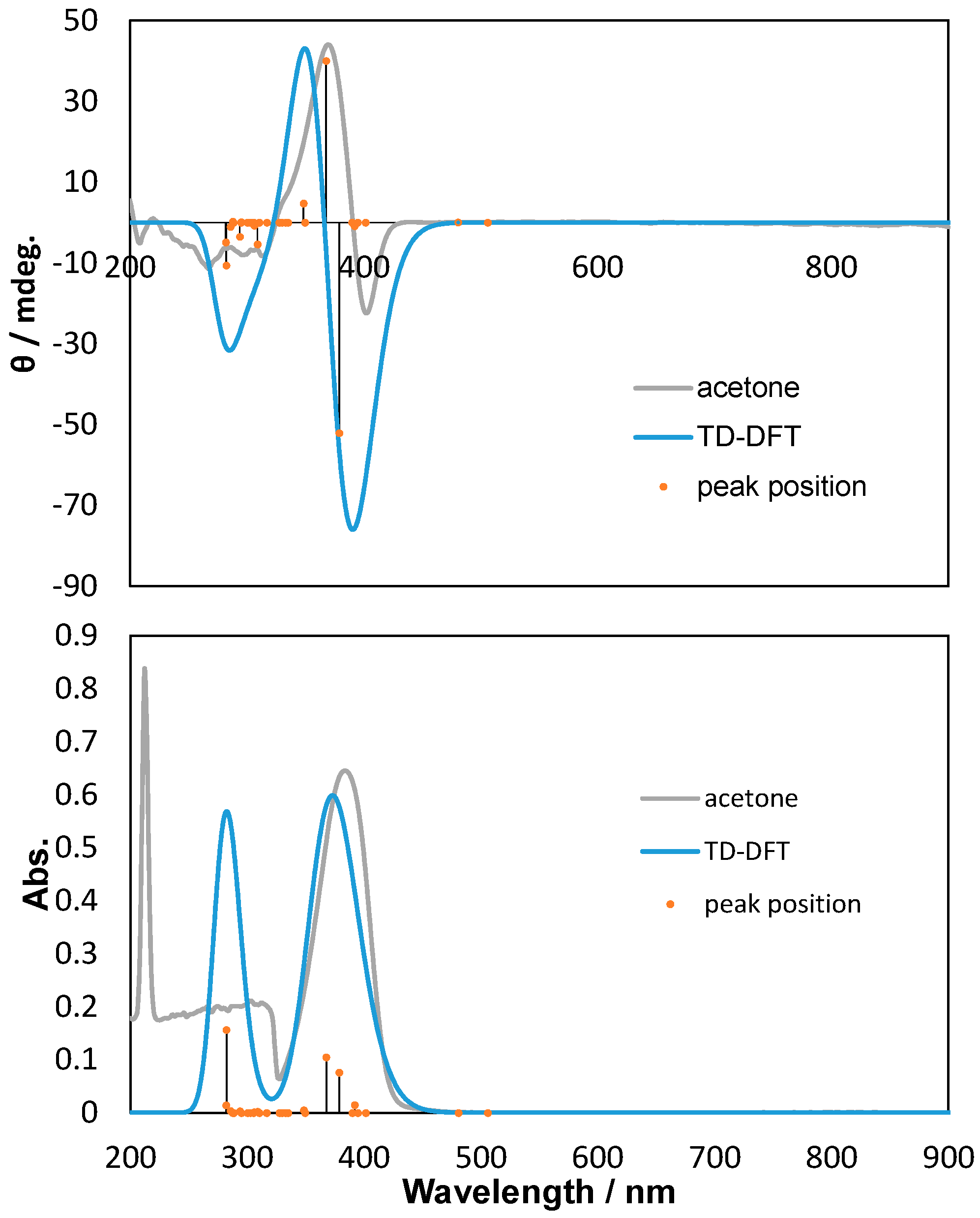 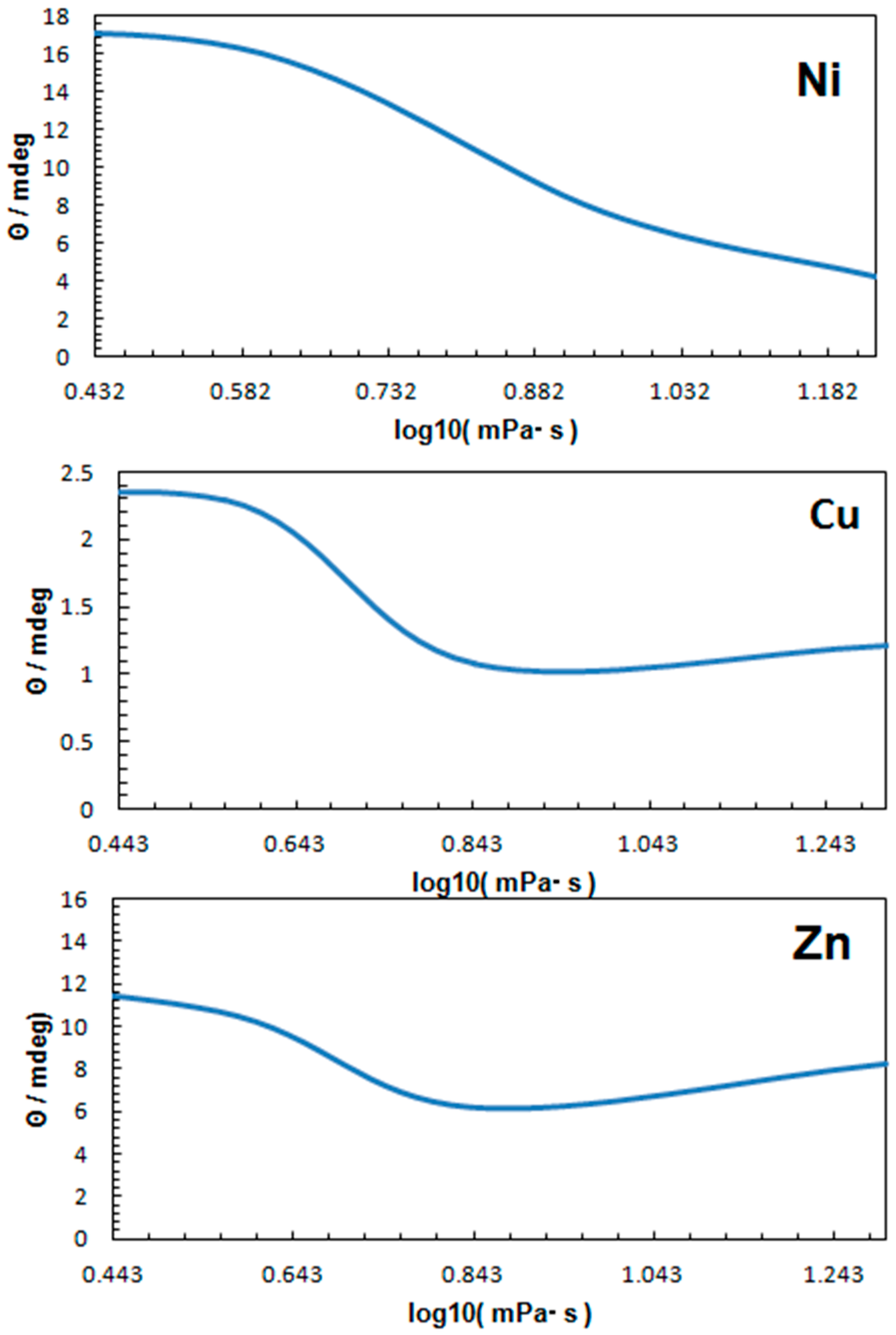 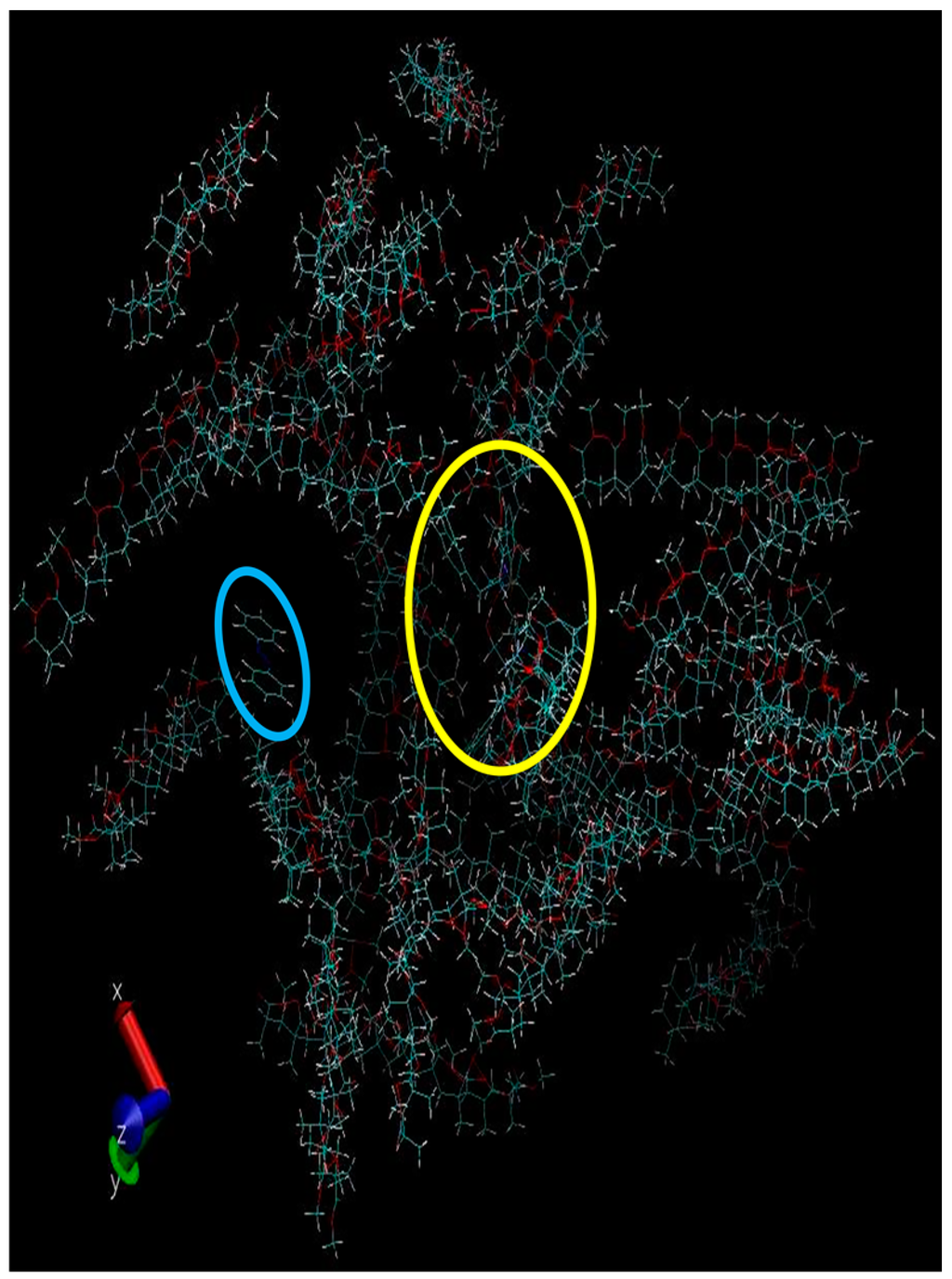 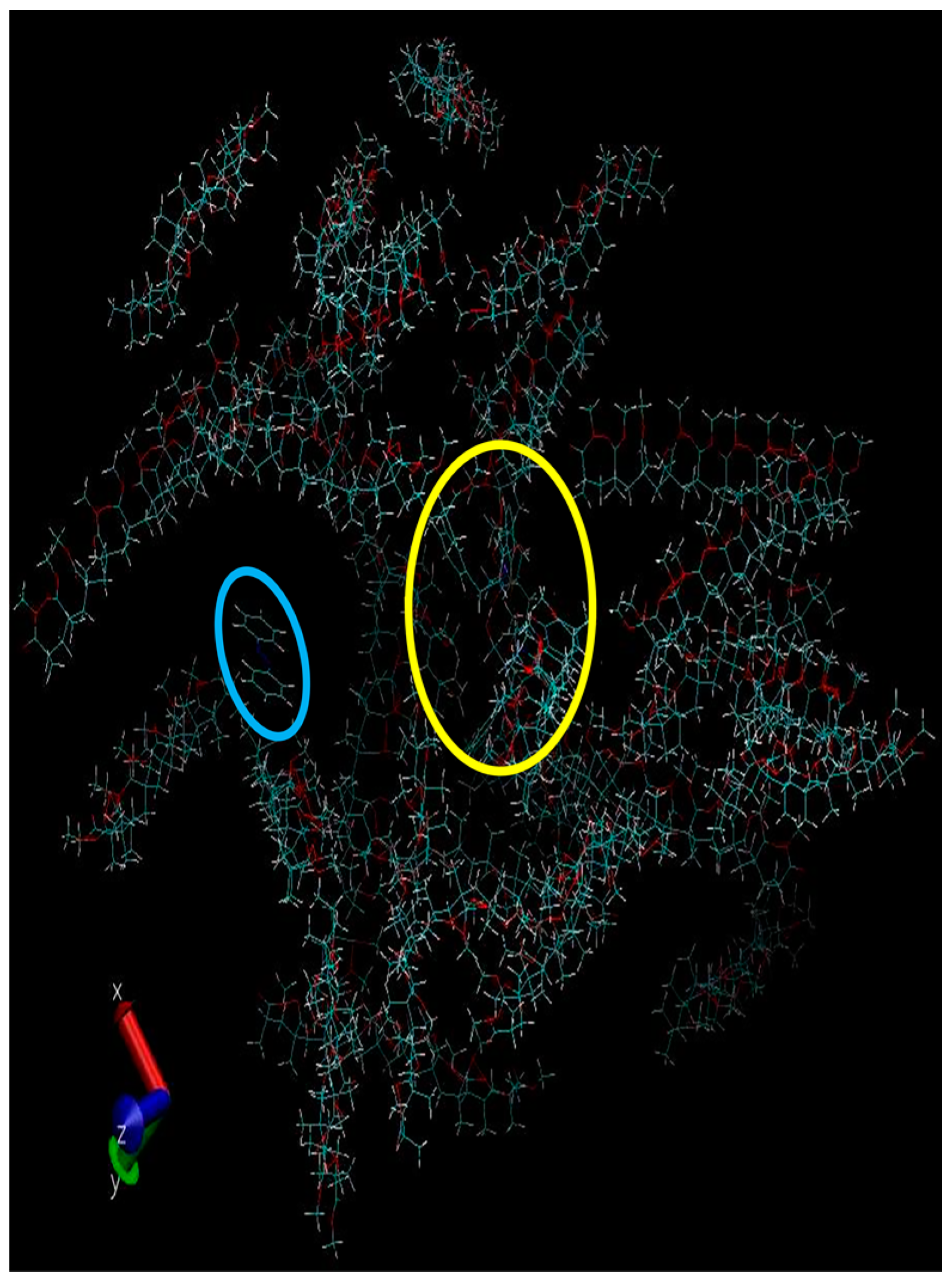