Spectroscopic optical coherence tomography (SOCT) [1] extends the function of optical coherence tomography (OCT) to obtain the depth resolved spectra of samples [2]. The spectra could provide invaluable information such as the health condition of the cells or tissues [3,4], authenticity of Chinese freshwater pearls [5], and mapping of microvascular hemoglobin [6]. The heart of SOCT is the time–frequency analysis of the SOCT measurements. Various time–frequency analysis approaches such as the short-time Fourier transform method [4], the Wigner transform method [7], and the Dual window Fourier transform method [8] have been developed successfully and demonstrated capable of obtaining depth resolved spectra. In application of the time–frequency analysis, it is assumed that the SOCT measurement consists of fields scattered directly by the sample features of interest. However, SOCT measurement also consists of those fields that are scattered multiple times from the features [9]. The multiple scattered fields reduce image contrast and make it more difficult to localize features or estimate scattered spectra, particularly at increased imaging depth [10]. Hence, SOCT could gain benefits from combining the time–frequency analysis with some pre- or post-processing methods to mitigate the multiple scattering artifacts.
Post-processing methods such as spatial averaging or angular averaging have been proposed to mitigate the multiple scattering effect. Each of these methods have advantages and disadvantages. For example, the method proposed in [9] is able to distinguish multiple scattering from single scattering, but it is limited to the samples that are accessible from both sides. More recently, pre-processing methods based on signal correlation [11] or on a mixture of adaptive and computational optics [12] have also been developed, but these methods requires additional apparatus and they are not scalable to existing OCT setups. In this paper, we propose to model the light fields in the sample by a multiple multipole expansion (MMP) approach [13]. The SOCT measurements are characterized by the positions and parameters of the multipoles. It is found that the MMP terms of higher orders are sensitive to the multiple scatterings. Thus, the multiple scattering artifacts can be removed if time–frequency analysis is applied only on those SOCT measurements that are fitted by the MMP terms of lower orders. Simulation and experimental studies show that the pre-processing is effective for any time–frequency based SOCT methods.
The rest of this paper is organized into the following sections. Section 2 formulates the proposed pre-processing method of using a multiple multipole expansion. Section 3 illustrates a simulation study where multiple scatterings are simulated and their effects on high order MMP terms are disclosed. In Section 4, the performance of the proposed method is demonstrated experimentally on a home-made phantom.

In the proposed method, each scatterer also representing a sub-surface feature of interest in SOCT is modeled as a multipole with boundaries formed by circles, semi-circles, connected circular arcs, or combinations of them, as shown in Figure 1. Specifically, we consider using M multipoles, each individual position is marked by, respectively, the radial distance and the azimuthal angle with reference to the center of the focusing lens in an OCT system. The light field detected at the focusing center can be expressed as the sum of scattered fields from the M multipoles as follows [13]: where is the Bessel function of order n, and are unknown expansion coefficients, and is times the reciprocal of the wavelength.
Ignoring the self-correlation terms and DC terms due to the sample scattered spectrum and the mirror scattered spectrum, the depth resolved spectrum at the depth given by can be obtained by where is the spectrum of the broadband light source used in the SOCT system.
The SOCT measurement can be expressed in the following compact format where is a vector with elements of and for , and = .
It is noted that the model has factored into multiple scatterings. As shown in Section 3, multiple scatterings are contained only in the MMP terms of higher order. Hence, by removing the fields characterized by the high order terms from the SOCT measurement, the multiple scattering artifacts is removed from the SOCT results. Now, the problem of the proposed pre-processing method can be stated as the one of solving unknown parameters , , , and from the available . Once these unknowns are obtained, the pre-processed SOCT measurements are obtained by the summation in Equation (3) over those multipoles of pre-set orders.
For easy calculation, we take spectral measurements at different for and . L equations of unknowns are obtained as where , , and . Equation (4) can be solved by the following optimization:
Considering noises in measurement, Equation (4) can be solved by the following mixed -optimization. where denotes the noise level. The pre-processed SOCT measurements can be computed using the solution of Equation (5) with MMP terms of higher order removed.

The performance of the proposed method was evaluated in an experiment by imaging a homemade phantom with an OCT setup, as shown in Figure 4. The OCT setup is a typical Michelson interferometer. Low coherence light comes from a superluminescent diode (QSDM-810-2, QPhotonics, Ann Arbor, USA) with center wavelength of 813 nm and FWHM linewidth of 19 nm. The light enters the interferometer via a collimator (NA = 0.26, Thorlabs, New Jersey, USA) and it is split into two paths by a 50:50 beam splitter (25 mm near-infrared non-polarizing cube beam-splitter, Edmund Optics, Singapore). The split light is then focused, respectively, on the reference mirror and the sample through near infrared achromatic lens (40 mm focal length, Edmund Optics, Singapore). The light reflected from the mirror and from the sample interferes again at the beam splitter. The interference light goes through a collimation module consisting of two identical achromatic lens with a m pinhole placed in the middle at the common focal point of two lenses. The collimated light is dispersed and projected to a charged coupled device (CCD, Dalsa 1M60, Waterloo, Canada) through a grating (800 lines per mm, Edmund Optics, Singapore), and an achromatic lens. A separate calibration shows the axial and lateral resolutions of the OCT setup are m and m, respectively.

In the experiment, we imaged the film from its side rather than its surface, as shown in Figure 5. We aligned the phantom along the Z-direction (not the X-direction) to the light beam of a typical SOCT setup. The spectra of A-scans in a cross-section of the sample were collected in a process of scanning the sample with a motorized translational stage (25 mm translational stage, Zaber, Vancouver, Canada). The scanning was done in steps of 1 m along the cross-section of interest. At every scan position, an A-scan spectrum was captured. A total of 500 A-scans were obtained for three cross-sections: the first cross-section contains only m diameter microspheres, the second one contains only m diameter microspheres, and the third one contains both m and m diameter microspheres.
Then, the proposed method was applied to process the A-scan spectra through solving the optimization problem in Equation (6) on the SOCT measurements by using , , m m, m … m] and . This solution provided us the estimates of the parameters for the scatterers, namely , , and . Then, we used these parameters to reconstruct the spectra reflected from each scatterer by using Equation (2). After this pre-processing, a short-time Fourier transform was performed on the processed A-scan spectra and we obtained a SOCT image by calculating the contrast measure described in the section below.

For better visualization of the SOCT image, a new contrast measure is introduced here, and it is defined by . The measure reflects the scatterer size because both and in the MMP expansion are directly proportional to the radius of curvature of scatterer boundary. To display the SOCT image of the phantom, the contrast measure is rounded about two values that, respectively, represent the m and m diameter microspheres. The contrast is coded into the green and red channels. As a result, the image obtained by the proposed method are obtained. We also process the SOCT measurement by short-time Fourier transform method. The SOCT images for the cross-section containing only m diameter microspheres and the one containing only m diameter microspheres are shown in Figure 6 and Figure 7, respectively. The corresponding microscope images are also given for reference. Finally, we process in the same manner the SOCT measurement obtained from the cross-section containing a mixture of m and m diameter microspheres. We also process the SOCT measurements by the standard FD-OCT method and the short-time Fourier transform method. The obtained images are included in Figure 8 for comparison.
Comparing the SOCT images obtained by short-time Fourier transform method and the proposed method in Figure 6 and Figure 7, we can see that the images obtained by short-time Fourier transform displayed artifacts due to multiple scatterings when two scatterers that are located close together, whereas the SOCT image from the proposed method does not have this artifact.
Comparing the images in Figure 8 draws two observations. First, the proposed method can locate the scatterers of m and 2 m, as shown in Figure 5. Second, compared with the one obtained by short-time Fourier transform, the proposed method is able to eliminate the artifacts due to multiple scatterings. This can be attributed to the ability of the multiple multipole expansion to differentiate the multiple scatterings from single scatterings.

In summary, this paper uses a multiple multipole expansion method to model the light fields in a sample under SOCT imaging. Since OCT and SOCT setup uses the same set of measurement, the pre-processing method is also applicable to OCT. Using the proposed method, multiple scatterings from features in the sample can be effectively modeled by a parameterized optimization problem. With the parameters obtained, multiple scattering fields can be filtered out from the SOCT measurements before applying routine time–frequency analysis of SOCT. The multiple scattering artifacts are removed in the SOCT imaging results. Experiments on a calibrated phantom has exemplified that the proposed method can improve the image quality. The challenges to integrate this method to existing time–frequency analysis methods are with obtaining a suitable scattering model of the features and minimizing the spectral distortion that could arise from dispersion. In the case of industrial samples, suitable scattering models would be determined by characterizing the scattered spectra and dispersion of the different materials used to manufacture the samples.

This research received funding support from Singapore Institute of Manufacturing Technology and A*Star. 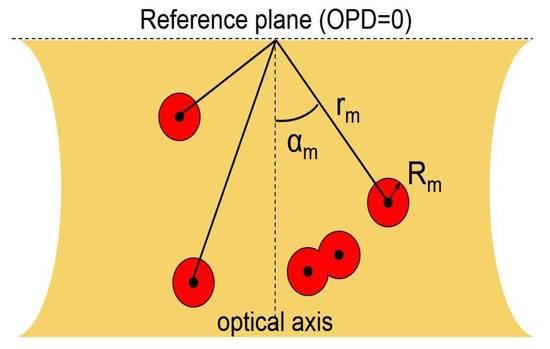 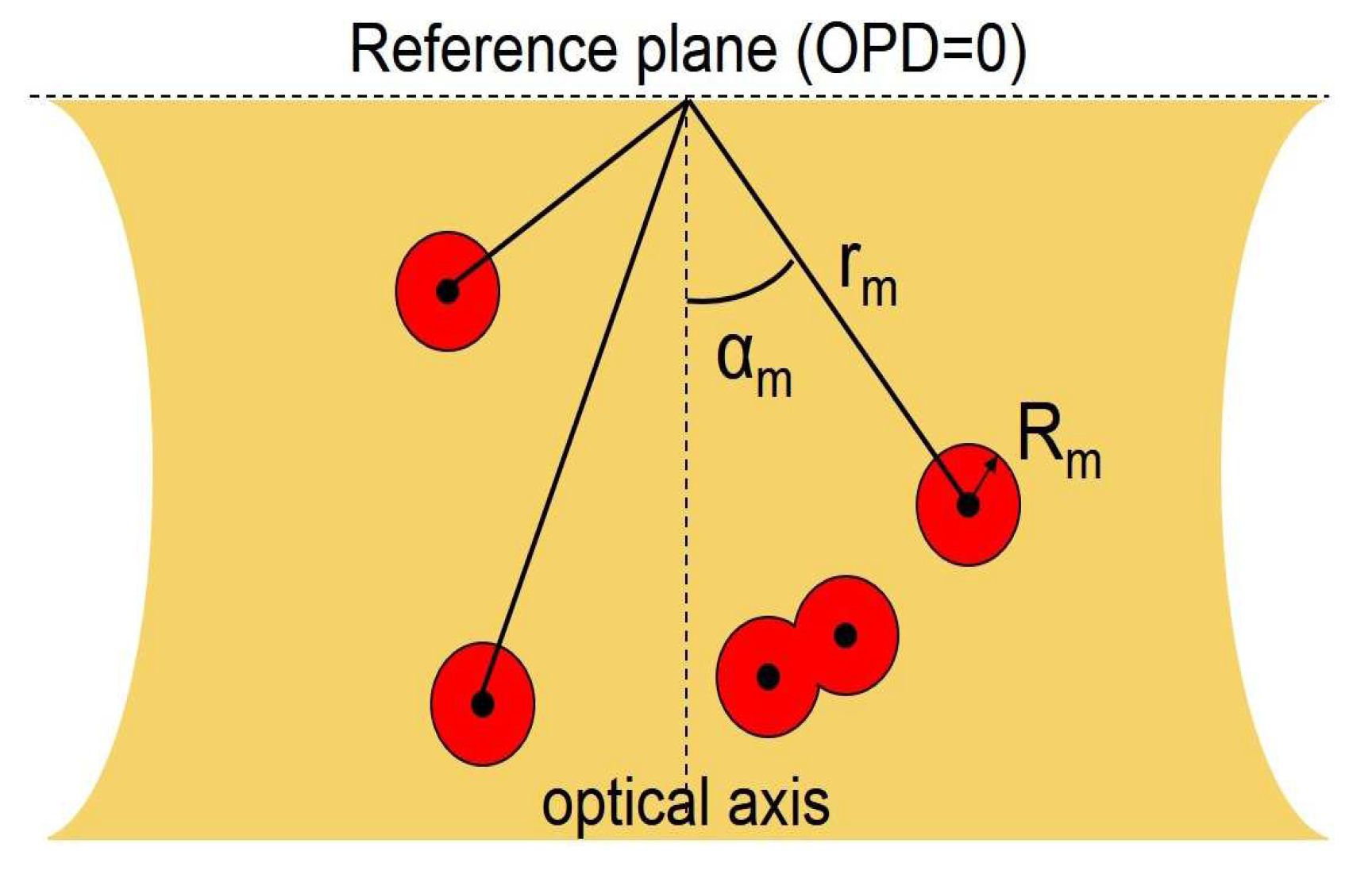 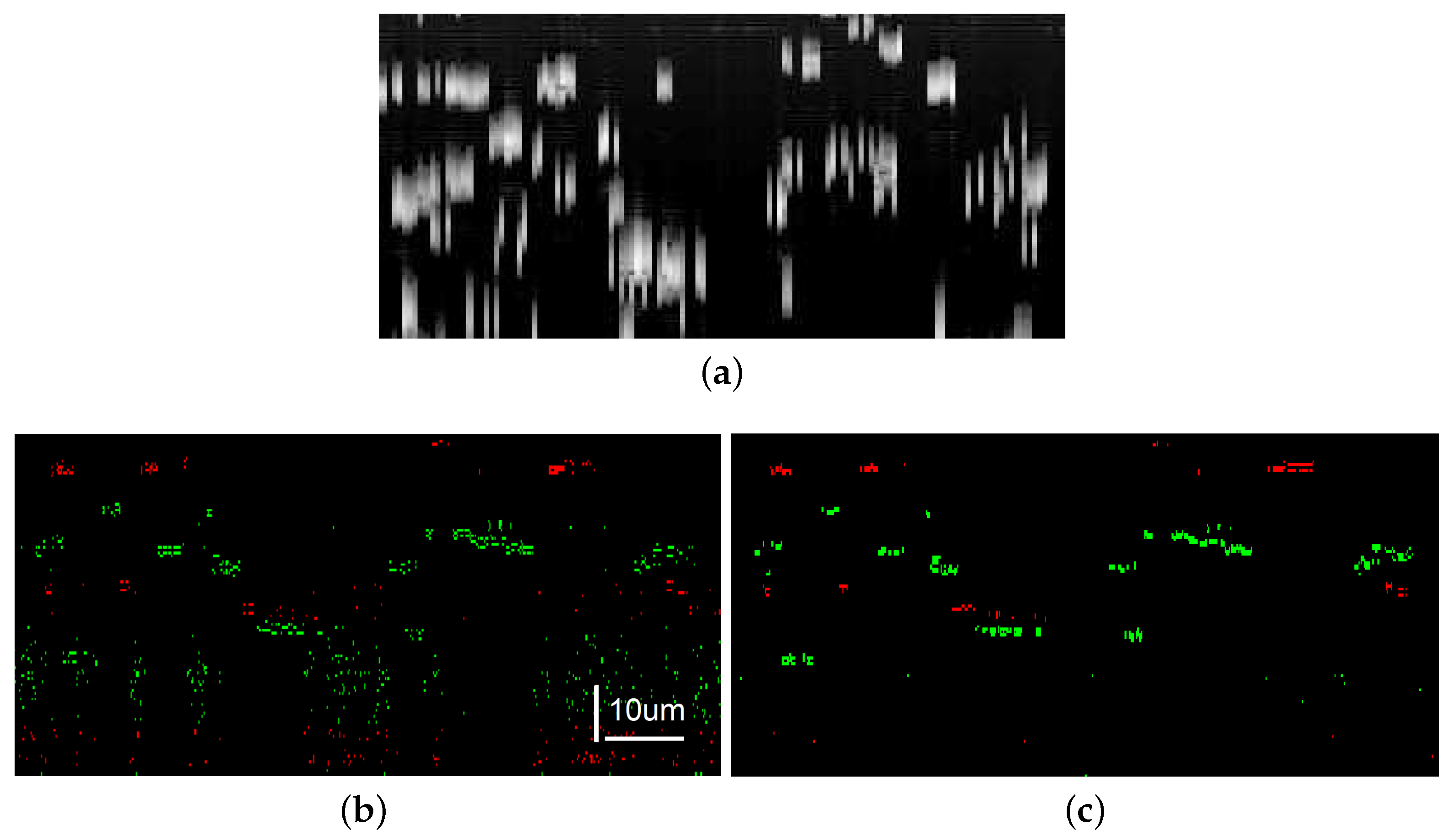