Development of Sub 10 fs Visible-NIR, UV, and DUV Pulses and Their Applications to Ultrafast Spectroscopy
Previous Article in Special Issue

A quantum photonic circuit with the ability to produce continuous variable quantum vortex states is proposed. This device produces two single-mode squeezed states which go through a Mach-Zehnder interferometer where photons are subtracted by means of weakly coupled directional couplers towards ancillary waveguides. The detection of a number of photons in these modes heralds the production of a quantum vortex. Likewise, a measurement system of the order and handedness of quantum vortices is introduced and the performance of both devices is analyzed in a realistic scenario by means of the Wigner function. These devices open the possibility of using the quantum vortices as carriers of quantum information.
Keywords: quantum information processing; continuous variables; integrated optics quantum information processing; continuous variables; integrated optics

In recent years, there has been an increasing interest in the processing of quantum information (QIP) with continuous variables (CV-QIP) [1]. CV-QIP protocols are based on Gaussian states as resources of entanglement. However, the use of non-Gaussian states has been shown to be essential in certain quantum protocols, like the entanglement distillation [2,3,4,5]. These states are obtained from Gaussian states through non-Gaussian operations, like the subtraction and addition of photons [6]. This area of research has led to table-top ground-breaking demonstrations like the transition from classical to quantum states by photon addition [7,8], the generation of Schrödinger cat-like states via photon absorption [9,10], and the opening of new roads in quantum computation and communications [11,12].
However, it is unlikely that any eventual quantum-light-based mainstream technology will be built upon the current bulk optics-based optical circuits. Instead, this technology will be based on practical, low cost, interlinked and tunable components, as those which constitute fiber and integrated optics (IO) [13]. In this regard, IO shows unique features for QIP as sub-wavelength stability, essential for quantum interference [14]; great miniaturization, indispensable as the level of complexity of the circuit increases [15]; and the optical properties of the waveguide substrates, which enable the generation of quantum states on-chip by means of their enhanced nonlinear features [16,17,18], its manipulation by means of their thermo-, electro- and strain-optic properties [19,20,21], and the integration of detectors in the circuit [22,23]. In this regard, the implementation of CV-QIP in IO is taking its first steps. Demonstrations of on-chip squeezing up to dB in the pulsed wave (PW) regime and dB in the continuous wave (CW) regime have been reported [24,25], as well as the first demonstration of CV entanglement on-chip has been recently presented [26].
Likewise, the bits of quantum information can be encoded in many different degrees of freedom such as polarization, spatial mode, path, time, orbital angular momentum (OAM), and so on. Due to the continuous nature of the OAM, which gives access to an infinite dimensional Hilbert space, and its easy tailoring with light, the use of single-photon optical vortices for QIP have attracted great attention over the past decades [27,28]. These quantum states have an analog in the optical field-strength space: the quantum vortex states, originally proposed in [29]. These are entangled, non-Gaussian and non-classical quantum states, as well as eigenstates of the z component of the abstract angular momentum operator , analogous with the quantum eigenstates of the spatial OAM operator, showing order and handedness, therefore with possibilities in DV- and CV-QIP [30]. Other quantum vortices with different properties and symmetries have been also proposed, like the SU(2)-transformed Fock states [31], the generalized quantum vortices [32,33,34,35], the Bessel-Gauss quantum vortex states [36,37] and the Hermite polynomial quantum vortices [38].
Taking into account all of the above, our main motivation is to sketch a monolithic IO chip able to produce quantum vortex states of light by means of nonlinear waveguides, directional couplers (DC) and conditional measurement, as well as to introduce a measurement device which can detect their order and handedness. As we will show, a quantum vortex state would be heralded by the detection of a number of photons subtracted by a weakly coupled directional coupler from an entangled squeezed state propagating in a Mach-Zehnder interferometer. Furthermore, we present a realistic approach based on the Wigner function, where the propagation losses, the non-unity efficiency of the heralding detectors and the modal purity of the states are considered. In addition, a vorticity integrated detection system is introduced. We analyze the theoretical basis of this device and present a realistic model based on the inefficient operation of the number-resolving detectors. These devices together open the possibility of using the quantum optical vortices in QIP protocols.
The article is organized as follows: Section 2 presents a scheme of the ideal generation of quantum vortices on-chip, studying their field-strength probability and phase distributions as well as their Wigner distribution on the phase space. A realistic model of the states produced with this scheme is presented in Section 3. In Section 4, a vortex–order and handedness measurement device is proposed, and its inefficient operation is studied. Finally, the main results of this article are summarized in Section 5.

A quantum photonic circuit with the ability to produce continuous variable quantum vortex states has been proposed. The device is composed of two stages. The first one produces two single-mode squeezed states by means of PPLN waveguides. The second is a Mach-Zehnder interferometer where photons are subtracted through weakly coupled directional couplers and sent to ancillary waveguides. The detection of a number of photons in these ancillary modes heralds the production of a quantum vortex. We have studied the generation of this family of states in an ideal scenario and have shown their features in the optical field-strength space and phase space. Moreover, we have studied a realistic scenario, where losses, non-unity detection and modal purity have been taken into account through the Wigner function. We have chosen a figure of merit and analyzed different cases. Finally, we have introduced a vortex detection system, which enables the measurement of order and handedness of quantum vortices, and studied the consequences of its inefficient operation. This study opens the possibility of conceiving new QIP protocols by using quantum vortex states.

D. Barral proposed the study and D. Barral and D. Balado performed the calculations. J. Liñares supervised the work. All the authors discussed the results and contributed to the preparation of the manuscript. 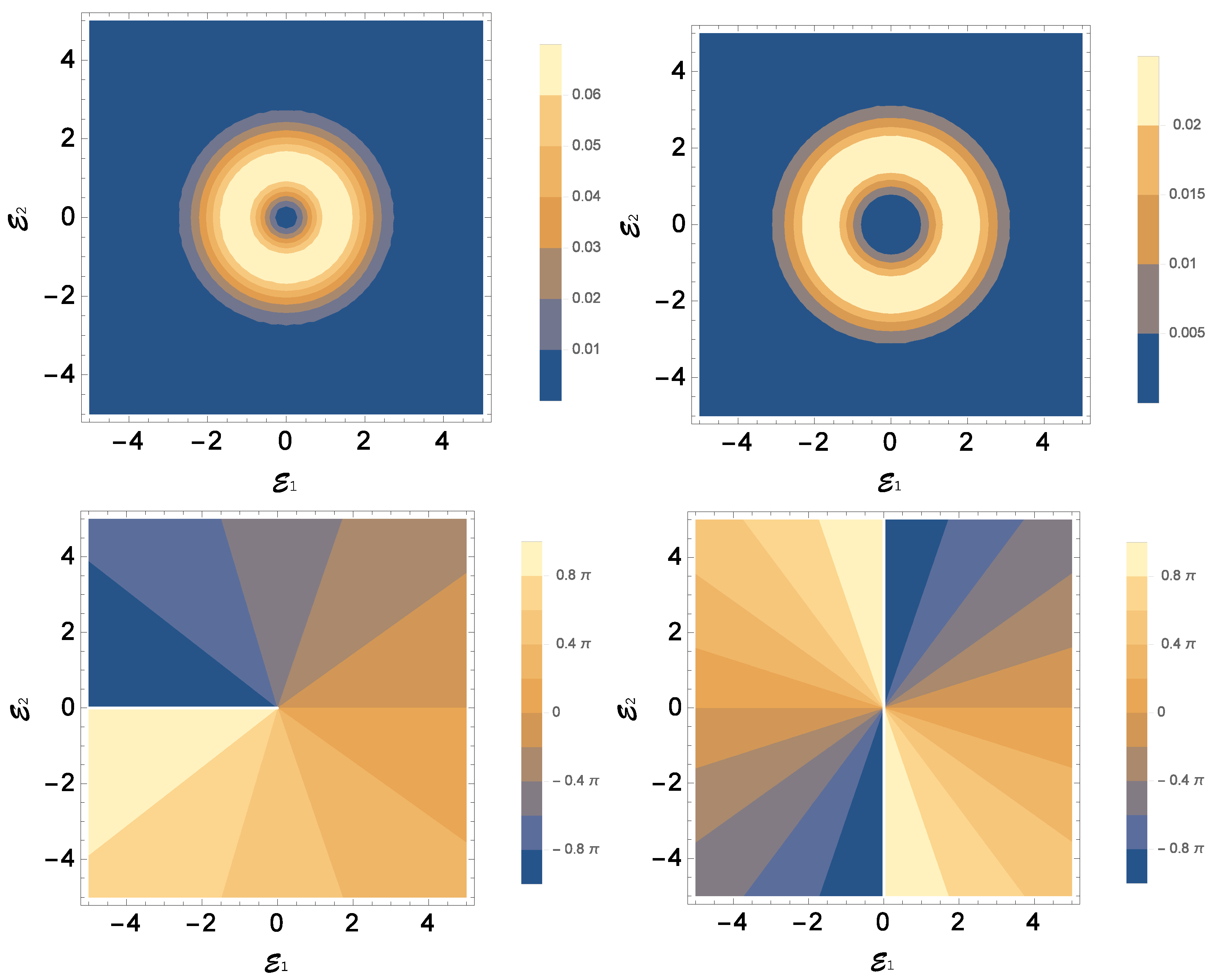 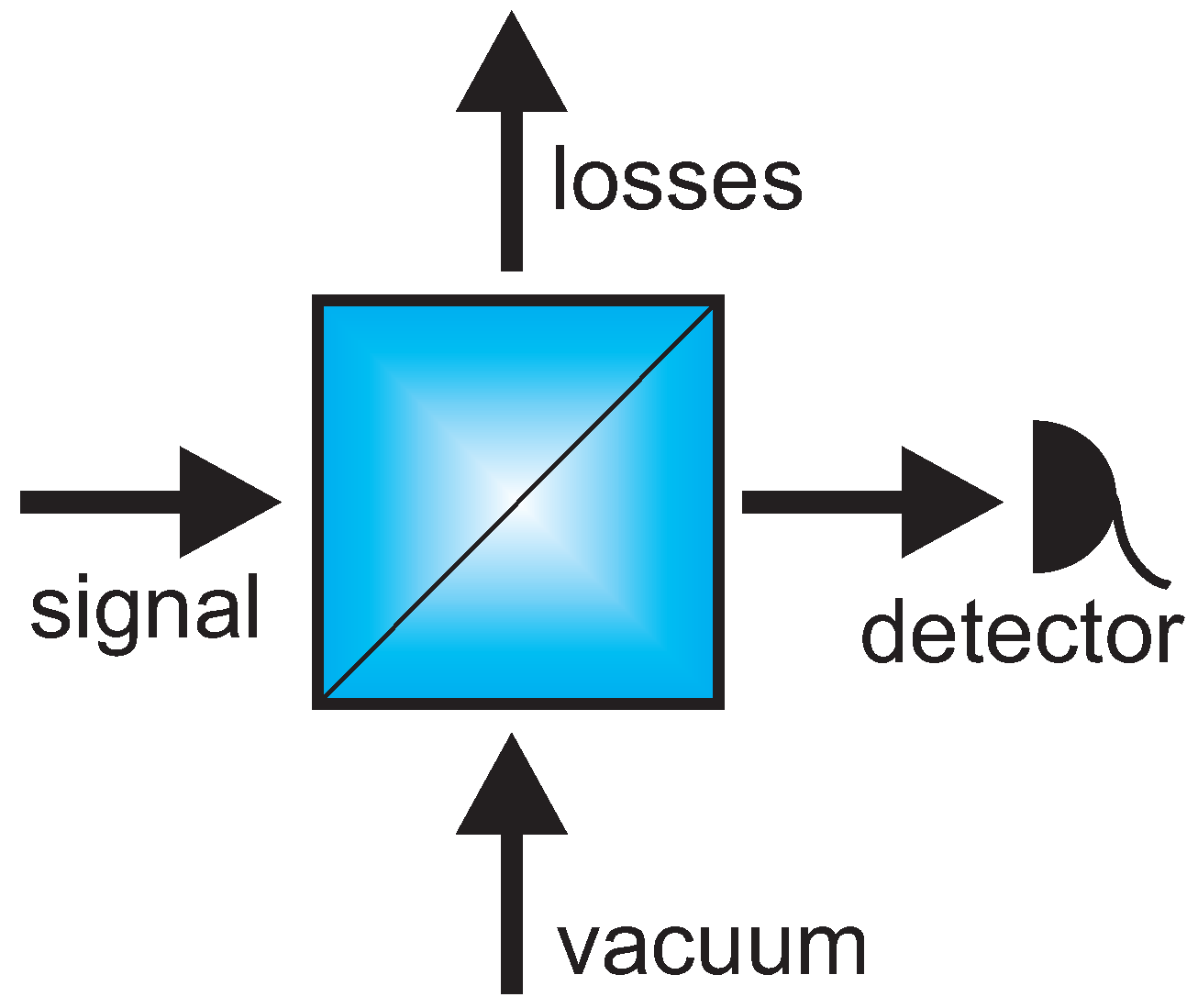