Studying ultrafast processes on the nanoscale with element specificity requires a powerful femtosecond source of tunable extreme-ultraviolet (XUV) or x-ray radiation, such as a free-electron laser (FEL). Current efforts in FEL development are aimed at improving the wavelength tunability and multicolor operation, which will potentially lead to the development of new characterization techniques offering a higher chemical sensitivity and improved spatial resolution. One of the most promising approaches is the echo-enabled harmonic generation (EEHG), where two external seed lasers are used to precisely control the spectro-temporal properties of the FEL pulse. Here, we study the expected performance of EEHG at the FERMI FEL, using numerical simulations. We show that, by employing the existing FERMI layout with minor modifications, the EEHG scheme will be able to produce gigawatt peak-power pulses at wavelengths as short as 5 nm. We discuss some possible detrimental effects that may affect the performance of EEHG and compare the results to the existing double-stage FEL cascade, currently in operation at FERMI. Finally, our simulations show that, after substantial machine upgrades, EEHG has the potential to deliver coherent multicolor pulses reaching wavelengths as short as 3 nm, enabling x-ray pump–x-ray probe experiments in the water window.
Keywords: free-electron laser; harmonic up-conversion; high-harmonic generation; seeding; x-ray; pump-probe; microbunching instability free-electron laser; harmonic up-conversion; high-harmonic generation; seeding; x-ray; pump-probe; microbunching instability

To operate the FERMI FEL in the EEHG configuration at ~3 nm (n = 86), which will allow accessing the nitrogen K-edge, an R56 of ~8 mm is needed in the first chicane, to obtain sufficient bunching. The decreased FEL gain at shorter wavelengths [51] will be partly compensated for by increasing the peak current from 700 A to 1 kA. Furthermore, to ensure saturation of the FEL power, an upgrade of the FEL-2 layout will require installing additional accelerating sections in the linac to increase the e-beam energy, and/or introducing more radiator sections after the last undulator. We studied both options and the results are shown in Figure 5. For the parameters of the “advanced configuration” in Table 1, but with a lower energy of 1.5 GeV (attainable with the present FERMI linac) instead of 1.8 GeV, 10 radiator sections (four more than the current setup) are necessary to approach GW power levels. By increasing the e-beam energy to 1.8 GeV (maximum attainable energy after the upgrade), only one additional radiator section (seven in total) is required for saturation.
At this wavelength, bunching at the radiator entrance may be significantly reduced due to incoherent synchrotron radiation (ISR) and intrabeam scattering (IBS) [30,53]. However, these effects can be minimized by a proper (compact) design of the EEHG beamline and by reducing the dipole fields in the strong chicane [30].
Figure 5 shows that seven radiator sections are sufficient to reach saturation at 3 nm, using an e-beam energy of 1.8 GeV; the performance may even be improved by installing shorter period undulators. Because the advanced EEHG layout at FERMI will be able to accommodate up to 12 radiator sections, there is enough room to generate a second pulse with a different wavelength. This will enable pump-probe experiments with longitudinally (almost fully) coherent pulses in the soft x-ray spectral region at the FERMI FEL.

We presented the layout that will be employed at FERMI FEL for the first EEHG experiment, which is planned for 2018. The expected performance of the setup at 5.2 nm is comparable in terms of the output power and spectral quality to the double-stage HGHG cascade currently in operation. Although the EEHG scheme does not seem to show superior performance in the presence of the μB instability (for the same linac operating parameters), it still offers other advantages such as a lower sensitivity to e-spread (potentially allowing to suppress the instability) and the possibility to operate FERMI in the double-pulse configuration at short wavelengths. For the latter, depending on the results of the preliminary experiment at 5.2 nm, we will redesign the beamline according to the scheme shown in Figure 1b. More radiator sections (and optionally more linac sections) will be added to insure saturation of the FEL power at wavelengths around 3 nm or shorter. Moreover, a combination of a split modulator and a two-color laser injection system (employing an optical parametric amplifier—OPA) will be used to ensure a flexible two-color pump-probe operation at short wavelengths. In the future, additional numerical studies will be carried out to further evaluate the impact of deleterious effects on the FEL performance, such as μB instability, IBS, and ISR, which may prove to be even more important at short wavelengths.

E.A., P.R.R., G.P., and E.R. performed the simulations and analyzed the main results. P.R.R. wrote the manuscript. All authors contributed to analysis of results and manuscript improvement. 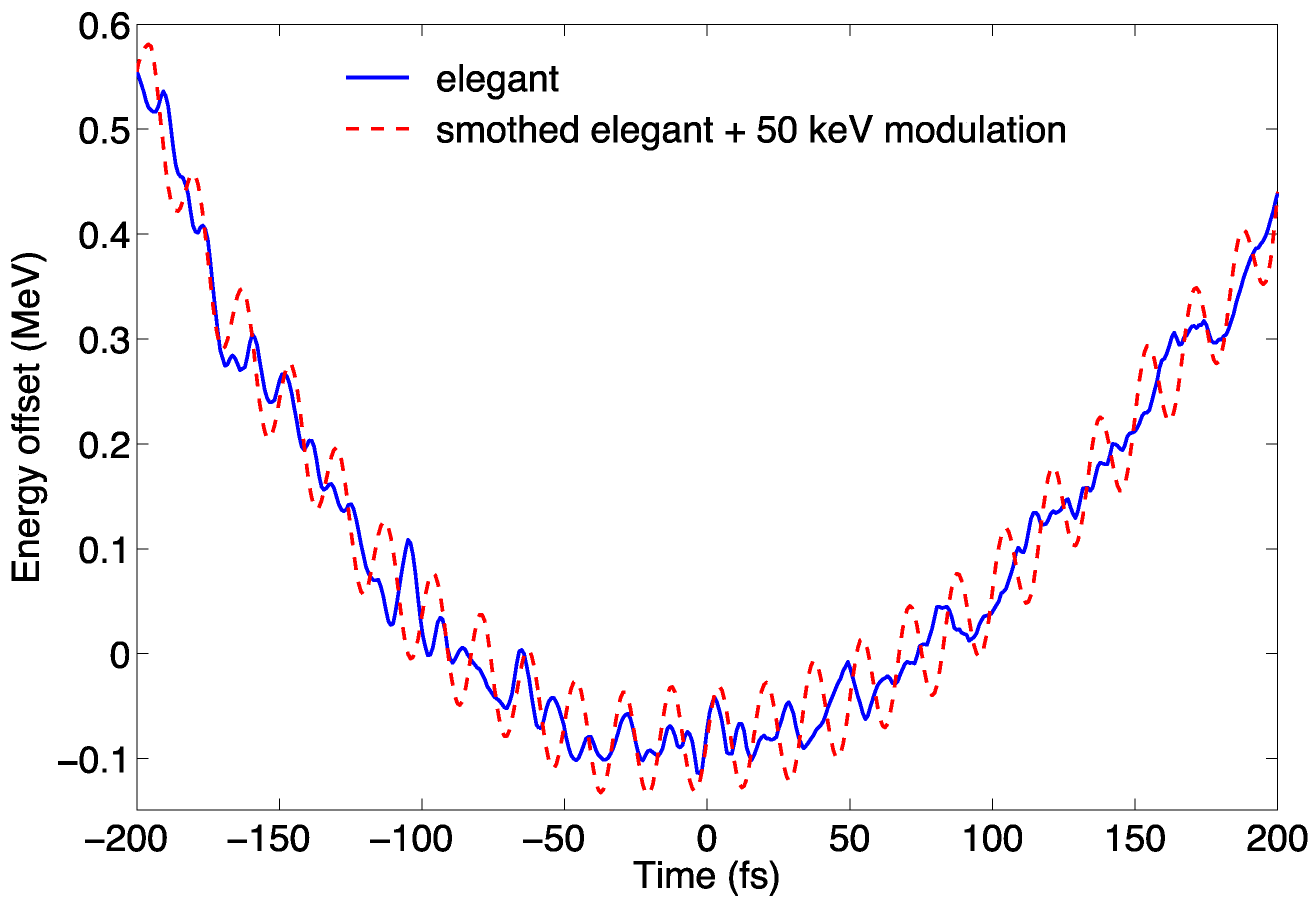 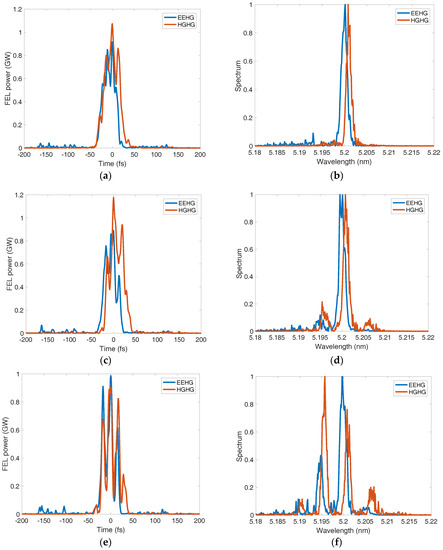 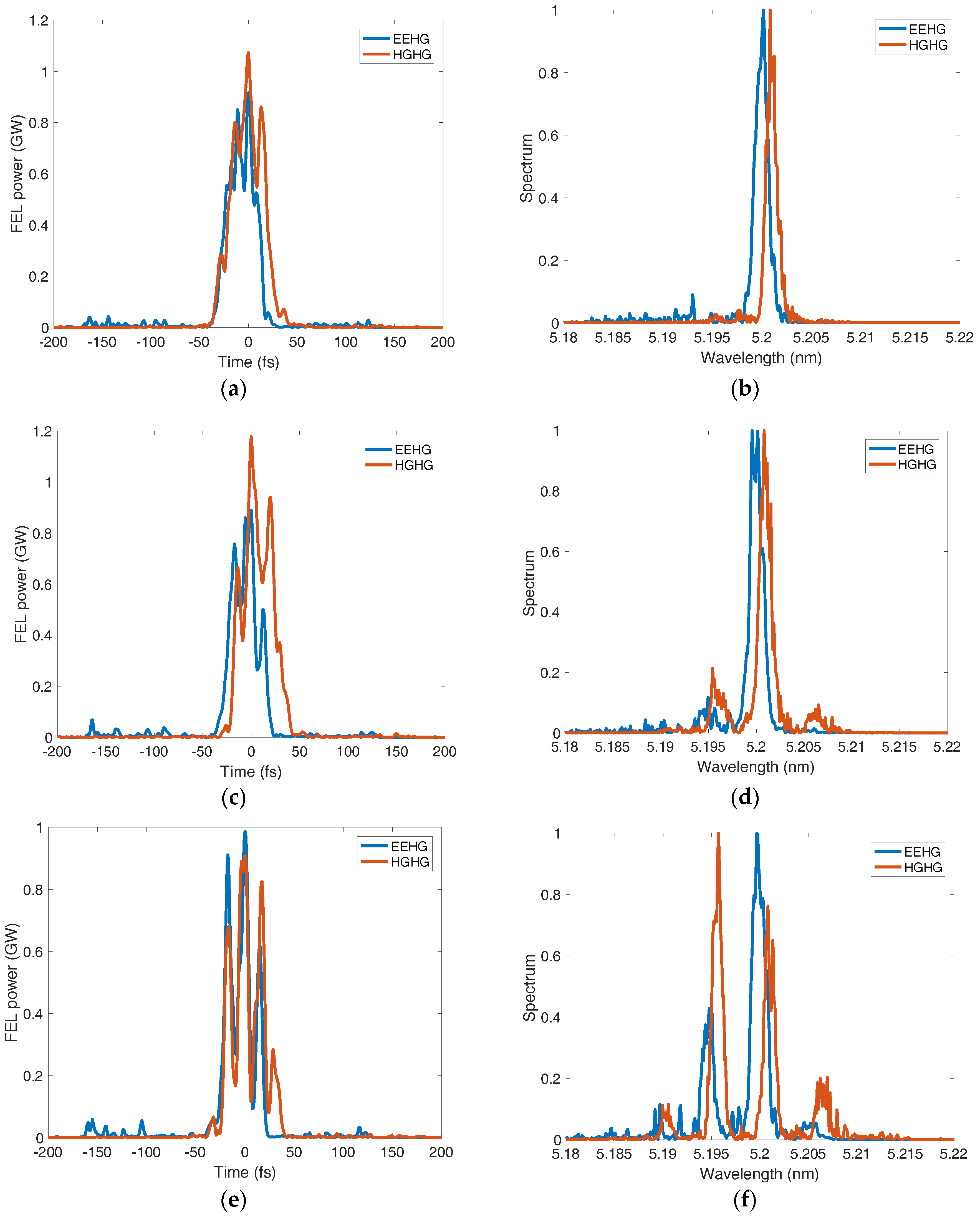 Table 2. Upgrades of the FEL-2 beamline planned for the EEHG experiment at 5.2 nm.