Article
On Fluid Flow Field Visualization in a Staggered Cavity: A Numerical Result
by

:
In this paper we have considered a staggered cavity. It is equipped with purely viscous fluid. The physical design is controlled through mathematical formulation in terms of both the equation of continuity and equation of momentum along with boundary constraints. To be more specific, the Navier-Stokes equations for two dimensional Newtonian fluid flow in staggered enclosure is formulated and solved by well trusted method named finite element method. The novelty is increased by considering the motion of upper and lower walls of staggered cavity case-wise namely, in first case we consider that the upper wall of staggered cavity is moving and rest of walls are kept at zero velocity. In second case we consider that the upper and bottom walls are moving in a parallel way. Lastly, the upper and bottom walls are considered in an antiparallel direction. In all cases the deep analysis is performed and results are proposed by means of contour plots. The velocity components are explained by line graphs as well. The kinetic energy examination is reported for all cases. It is trusted that the findings reported in present pagination well serve as a helping source for the upcoming studies towards fluid flow in an enclosure domains being involved in an industrial areas.
Keywords:
staggered cavity; Newtonian fluid model; Moving Walls; finite element method

The field of fluid mechanics deals with the flow of fluids and forces us to understand the underlying physics. To study the fluids flow one needs mathematical treatment as well as experimentations. Owing theoretical frame it is well consensus that to study the fluids flow field the simplest mathematical model is Navier-Stokes equations. The both compressible and incompressible flow fields can be studied by coupling the Navier-Stokes equation with stress tensors of concerned fluid models. In this direction, the simpler classical problem of viscous fluid model in two dimensional space was developed by Crane [1]. The analytical solution was proposed for this problem. Since then many investigations in similar manner were carried to inspect the flow field properties of both Newtonian and non-Newtonian fluid models like Devi et al. [2] studied flow due to stretched surface in three dimensional frame. An exact solution of Navier-Stokes equations subject to stretched surface was proposed by Smith [3]. Pop and Na [4] extended the study by considering time dependent flow field. The mathematical equations were developed by assuming that the viscous fluid flow is attain due to stretching sheet. Later, the developed partial differential equations were converted into ordinary differential equations and power series solution was exercised. The mathematical model for two dimensional stagnation point flow in the presence of heat transfer aspects was proposed by Chaim [5]. In this attempt it is assumed that the surface was stretched linearly. The numerical solution via shooting method was proposed in this paper. The electrically conducting fluid flow along with convective heat transfer individualities was studied by Vajravelu and Hadjinicolaou [6]. In this problem they assumed linear stretching of an isothermal sheet. The rest of physical effects includes heat absorption, heat generation and natural convection. The flow field is controlled mathematically in terms of partial differential equations. To narrate flow field characteristic the numerical solution was proposed. Chamkha [7] mathematically formulated the flow over a non-isothermal stretching sheet manifested with unsteady hydrodynamic and porous medium. The both heat generation and heat absorption effects were carried in a magnetized flow field and numerical solution was reported for this attempt. The mathematical model was constructed for viscoelastic fluid model in the presence of heat transfer aspects by Sarma and Nageswara [8]. The flow was developed by stretching surface. It is important to note that the power-law surface heat flux was taken along with heat generation, heat absorption and viscous dissipation effects. The asymptotic outcomes were enclosed for temperature. The additional effect of porous medium for the viscoelastic fluid flow along with heat transfer properties was taken by Subhas and Veena [9]. The heat generation, heat absorption and frictional heating were additional physical effects in this analysis. The developed flow narrating differential system was solved case-wise namely wall heat flux and prescribed surface temperature. Vajravelu and Roper [10] investigated flow field properties of second grade fluid model in the presence of heat transfer characteristics. The flow was developed via stretching of sheet. The numerical solution was offered for developed fourth order non-linear equations. Yürüsoy and Pakdemirli [11] found the exact solution for boundary layer equations against non-Newtonian fluid flow due to stretching surface. The third grade fluid model was used as non-Newtonian fluid model. The solution was proposed by using Lie group analysis. One can find the concluding past and recent mathematical study of flow fields subject to various geometric illustration in references [12,13,14,15,16,17,18,19,20,21,22,23,24,25,26,27,28,29,30,31,32]. Over the last few decades the interpretation of the dynamics of lid driven enclosure is topic of great interest for the researchers. In this direction, the numerical solution is the mainstays. One can assessed the motivation towards study of flow fields in cavities in References. [33,34,35,36,37,38,39]. Owning such motivation the novelty of our problem includes:
The geometry of problem is shown in Figure 1. The design of present article is carried in such a way: the limited literature survey of mathematical analysis on flow filed via Navier-Stokes equations is reported in Section 1. The mathematical formulation for purely viscous fluid flow towards staggered cavity is provided in Section 2. The directory for numerical scheme is offered in Section 3. The detail analysis for obtained results for each case is reported in Section 4. The key assumptions are added as Section 5.

The general form of continuity equation is as follows: the Equation (1) can be expressed alternatively as follows:
When the fluid flow is assumed to be two dimensional, steady and incompressible, than the Equation (2) reduces to to obtain dimensionless form we have used and hence the Equation (3) reduce to

The general vectorial notation of momentum equation can be written as:
In the absence of body force, for two dimensional, steady and an incompressible fluid flow, the component form of Equation (6) can be written as:
To achieve dimensionless system, we have used the following setup: the governing Equations (7) and (8) reduce to where, denotes Reynolds number.

The left and right walls are manifested with no slip condition. The rest of boundary reading for each case is listing as follows:

It is important to note that one cannot find exact solution of Equations (10) and (11) along with boundary conditions provided in Equations (12)–(14), therefore, the finite element scheme is utilized to report the better approximation. A finite element method [39,40,41] is one of the most powerful numerical method and commonly used approach to solve the boundary value problems. This method has the application for the modeling and simulation of different physical phenomena in interconnect structures. For the finite element method the key six steps are
To yield accuracy we discretize the computational domain with the help of both rectangular and triangular elements as hybrid meshing.

The fluid equipped in staggered cavity is examined. The Newtonian fluid model is entertained. The detail analysis is performed for three different cases. The first includes the motion of upper wall of staggered cavity with uniform velocity. In second case both upper and lower walls are moving in parallel direction and in third case the walls namely upper and lower are moving in an antiparallel direction. The solution is obtained by finite element method and formulation of both the primary vortices, secondary vortices and kinetic energy variation are debated for each case. We trusted that this attempt will provide a directory for the investigators to handle unsolved problems in the field of enclosure having uses in an industry and engineering areas.

K.U.R. and N.K. conceived and designed the experiments; N.F. performed the experiments; W.A.K. and N.K. analyzed the data; W.A.K. contributed reagents/materials/analysis tools; K.U.R. wrote the paper. All authors have read and agreed to the published version of the manuscript.

The authors received no financial support for the research, authorship and/or publication of this article.

The authors are very thankful for the anonymous referees whose suggestions and comments helped to improve the quality of the manuscript. 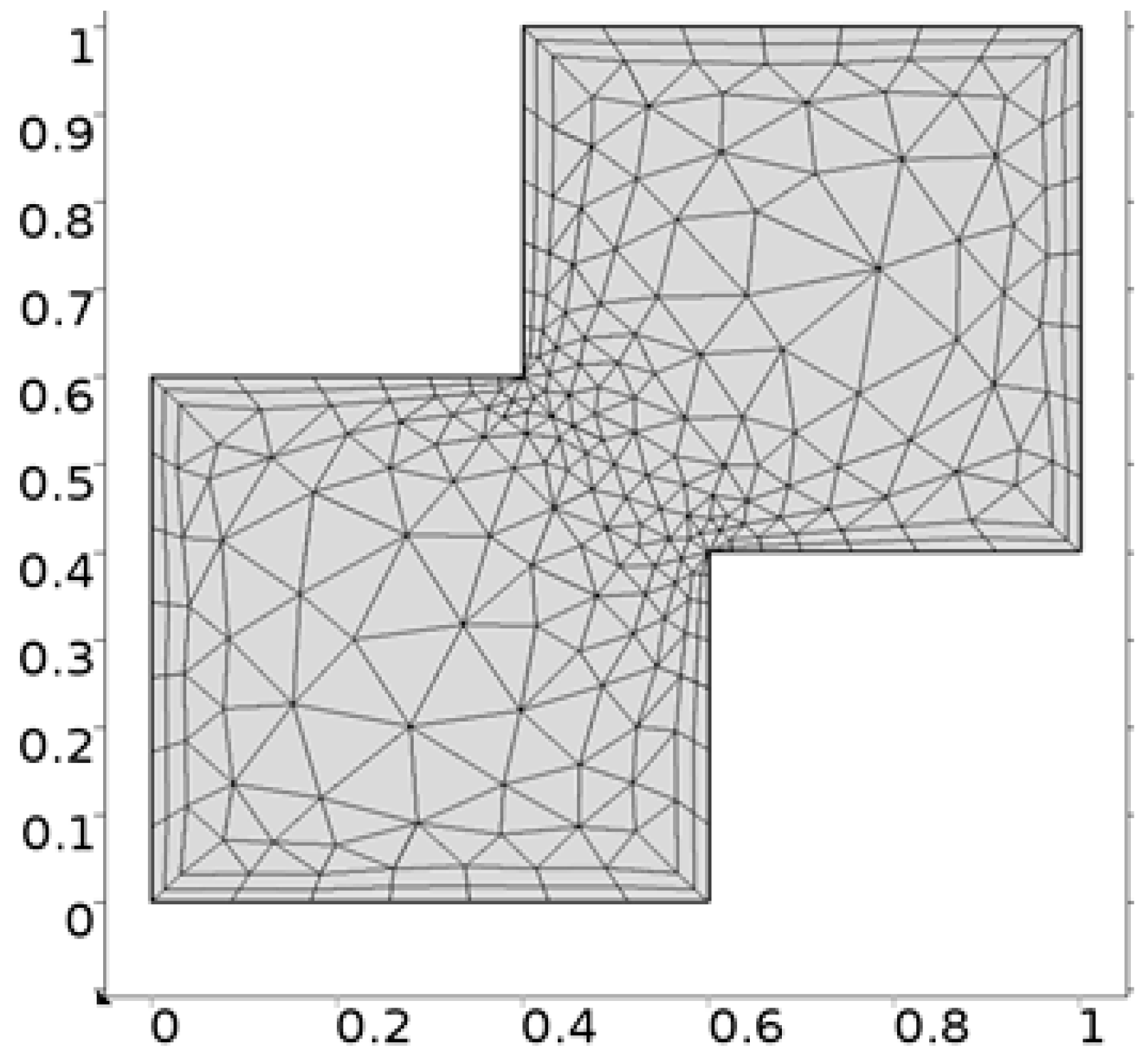 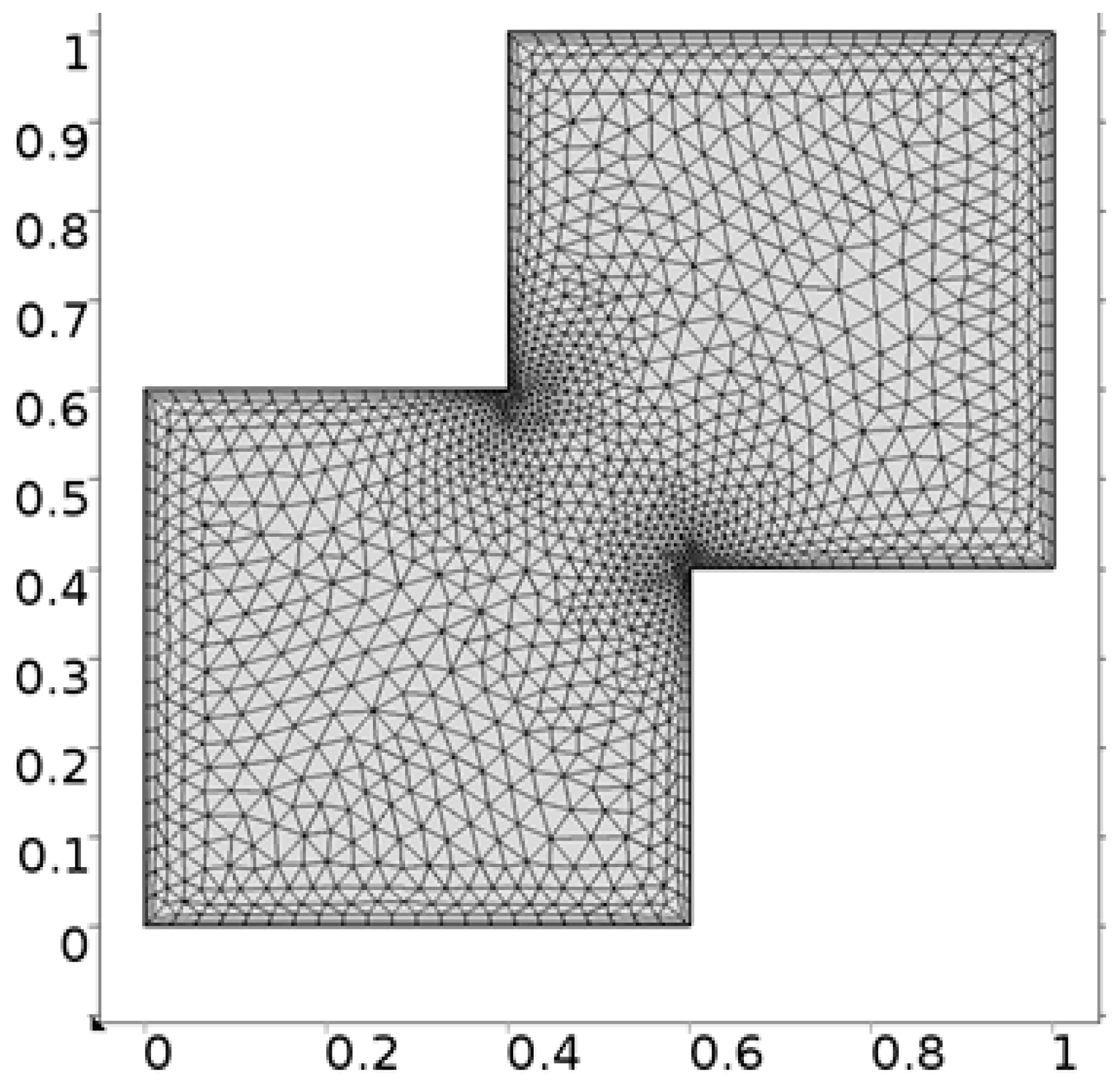 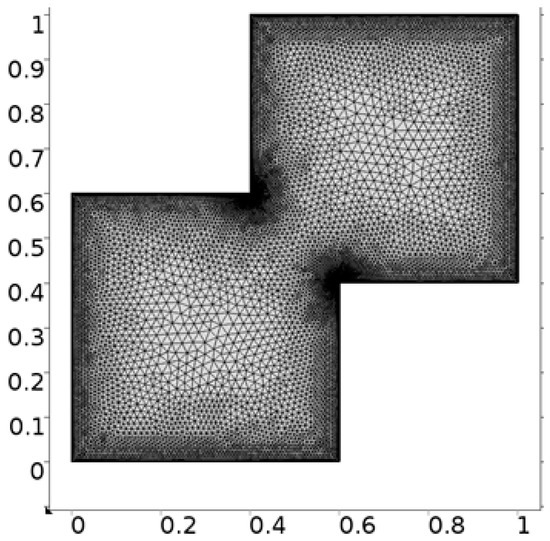 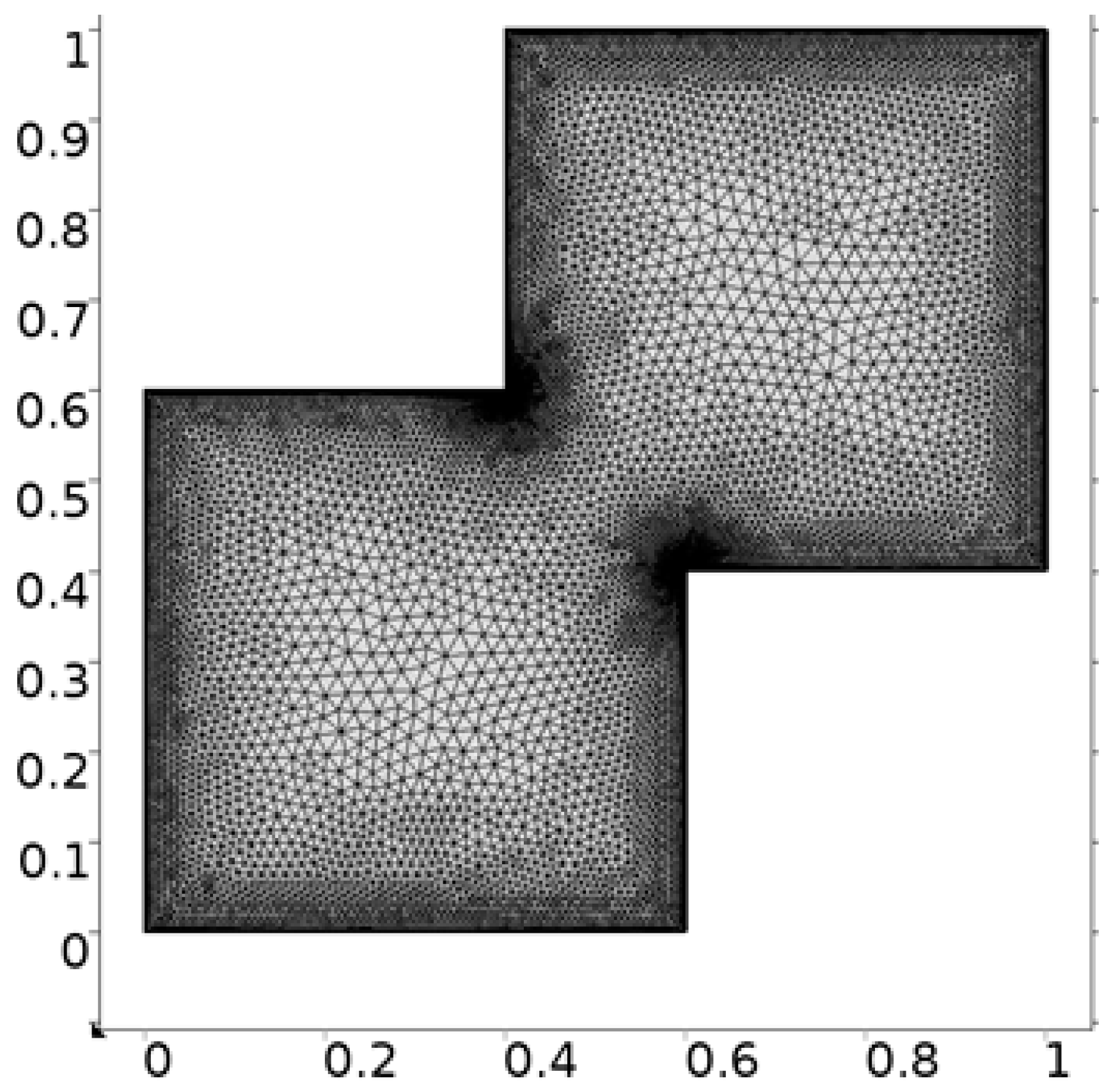 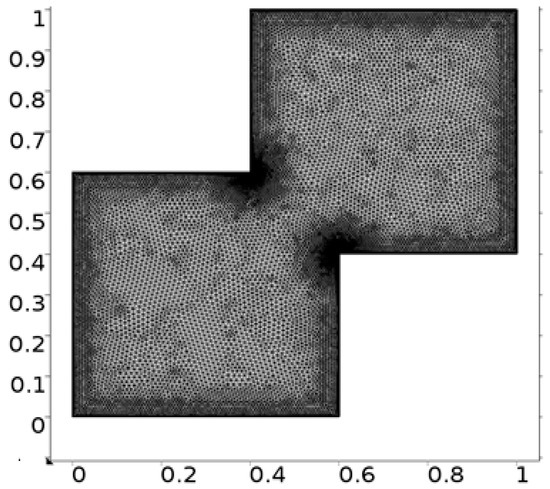 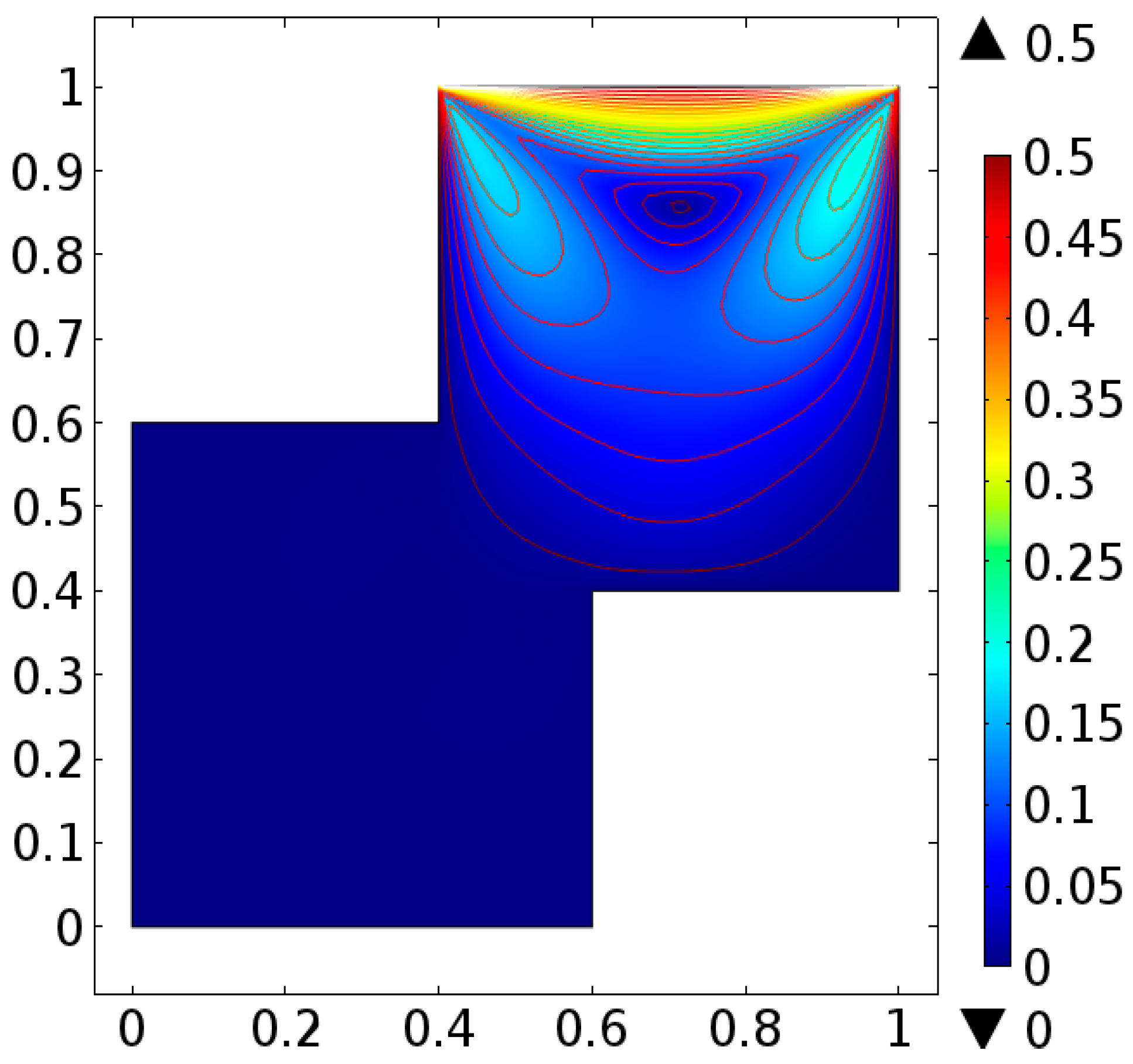 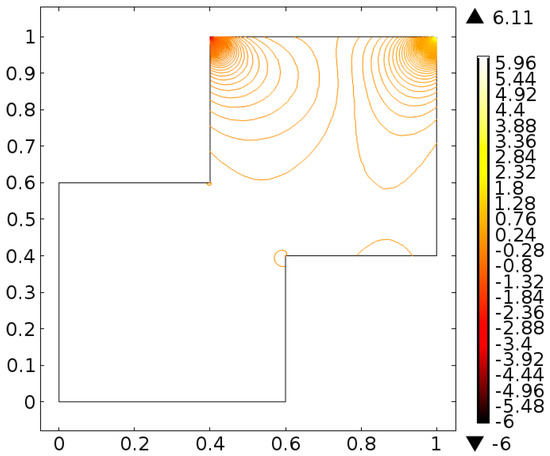 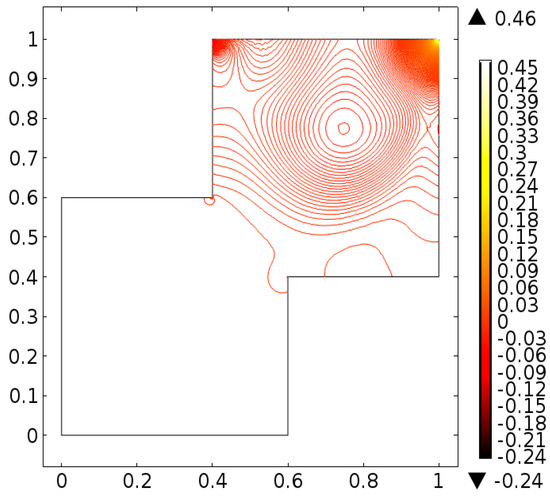 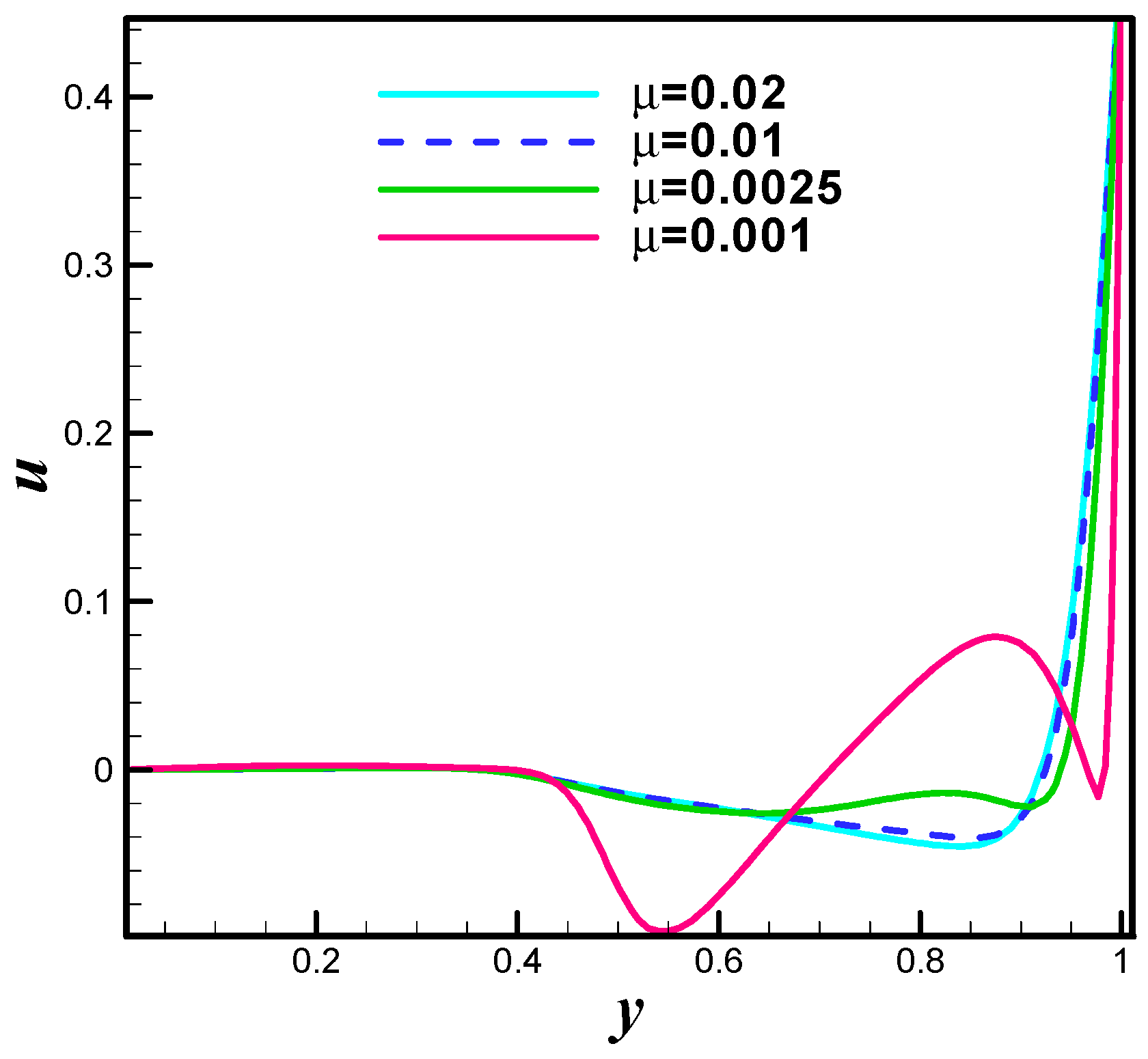 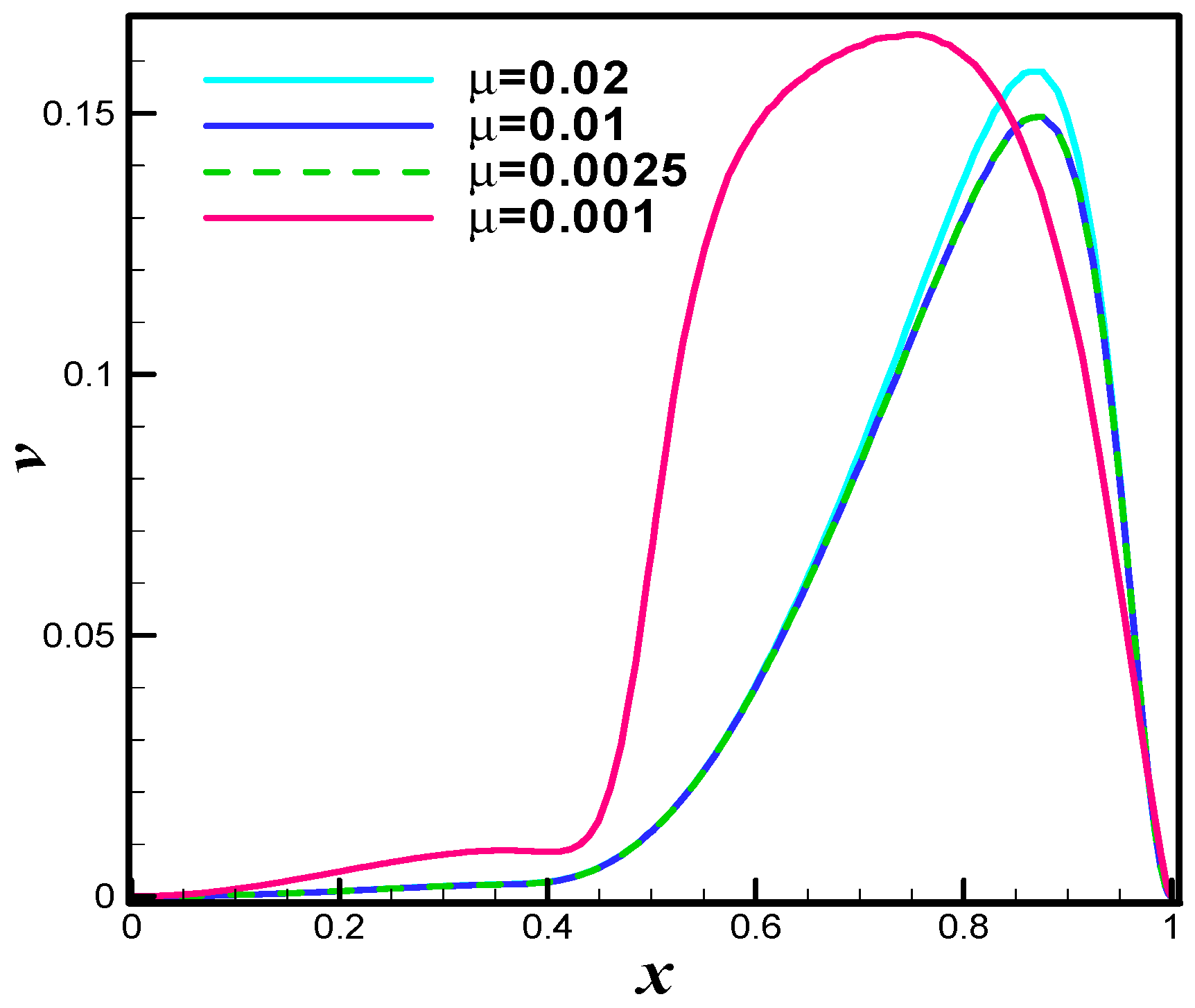 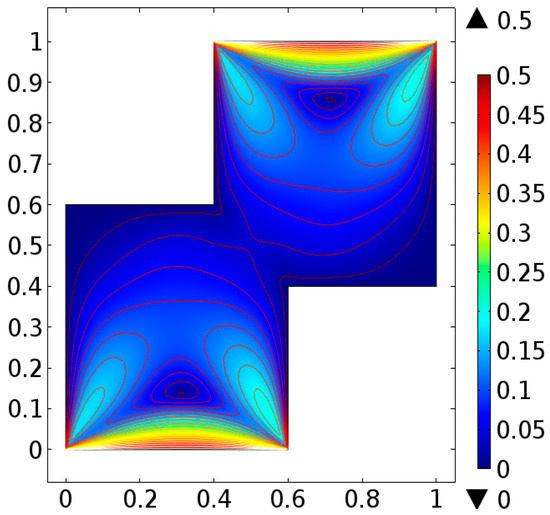 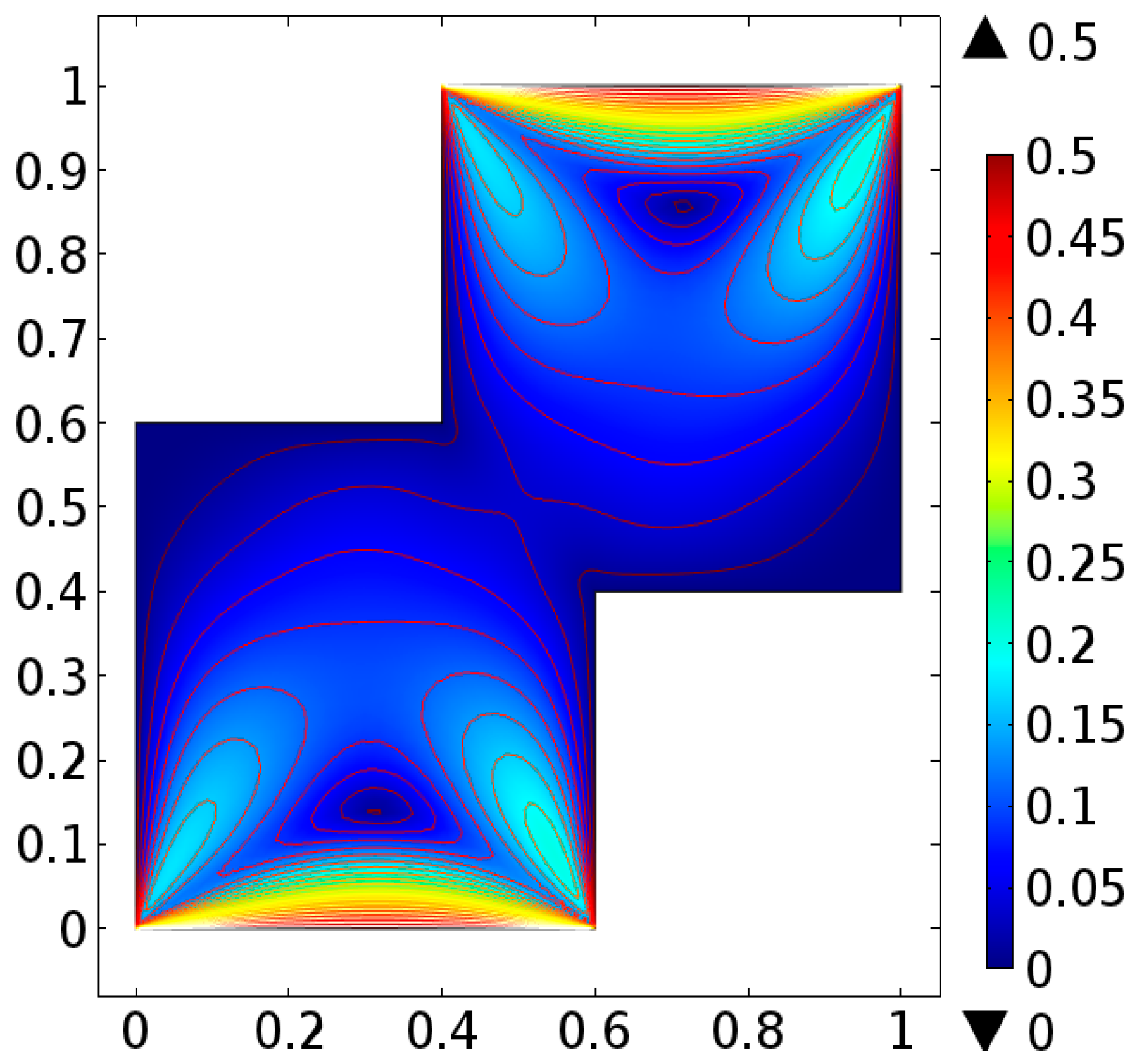 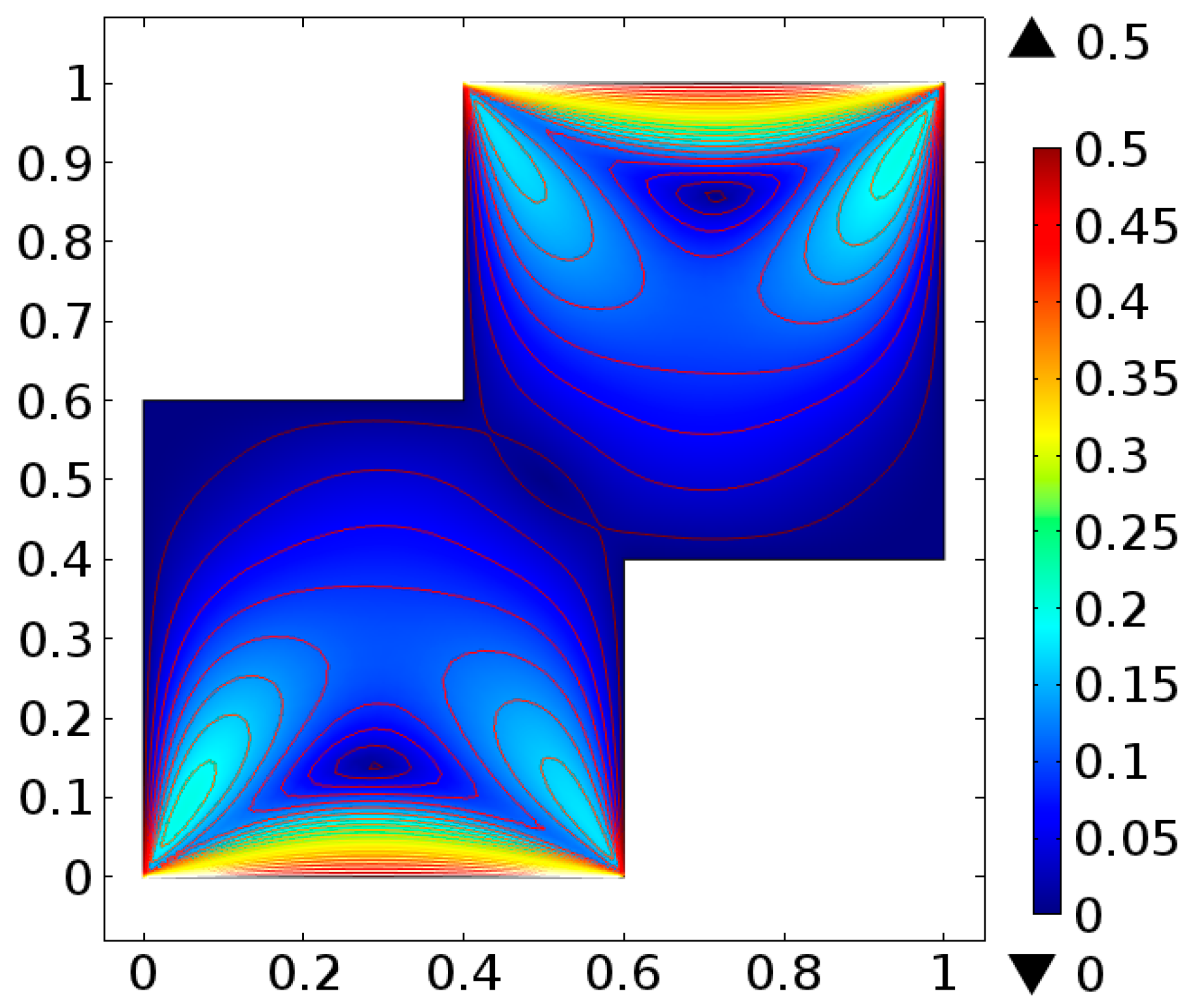 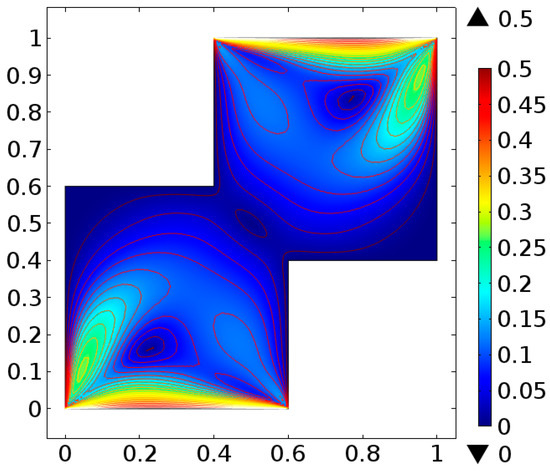 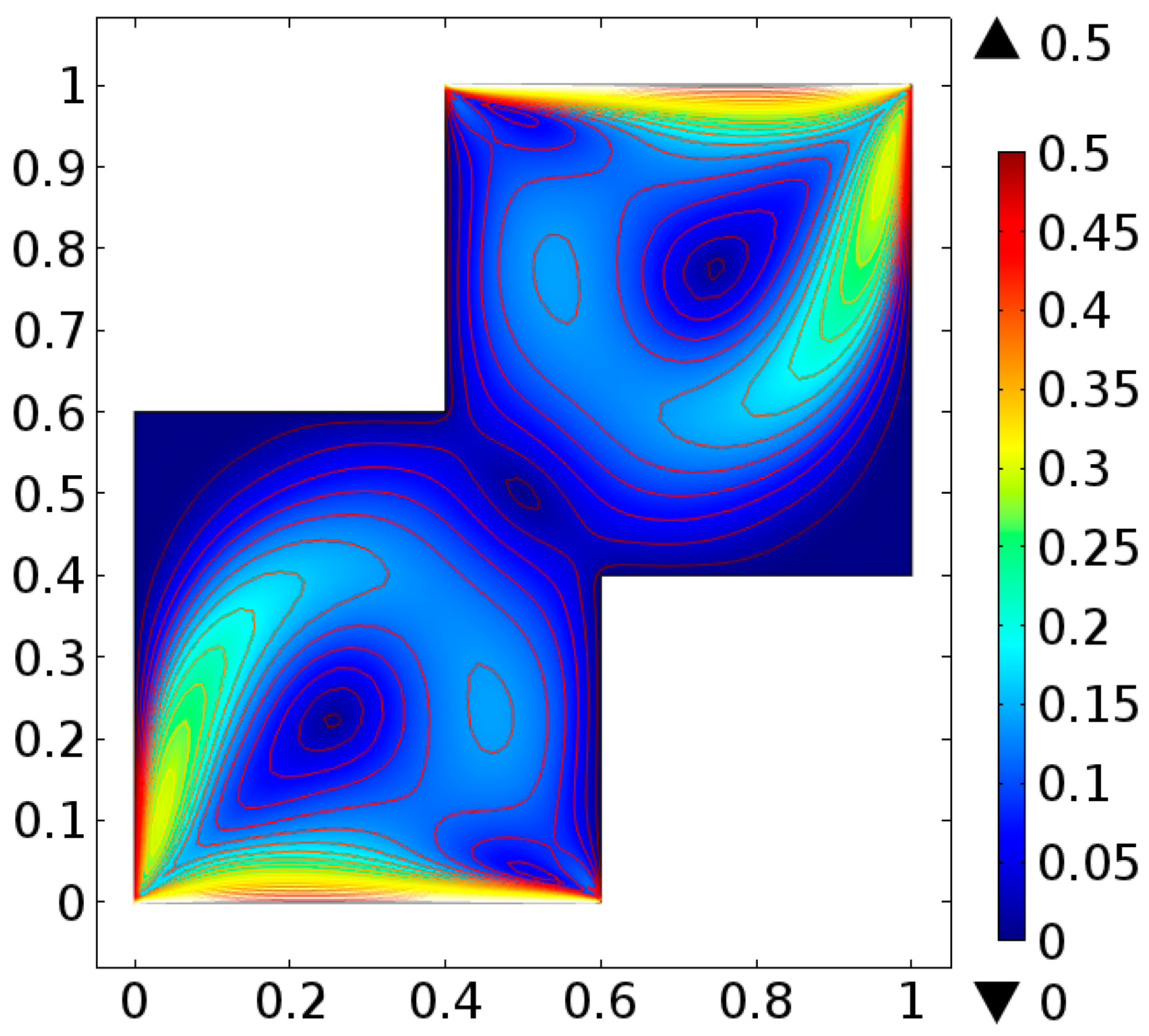 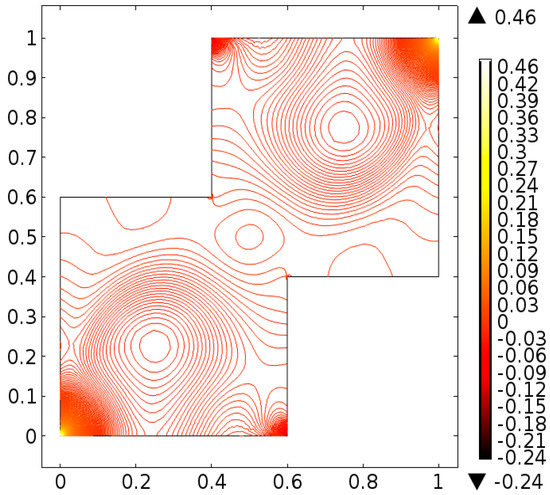 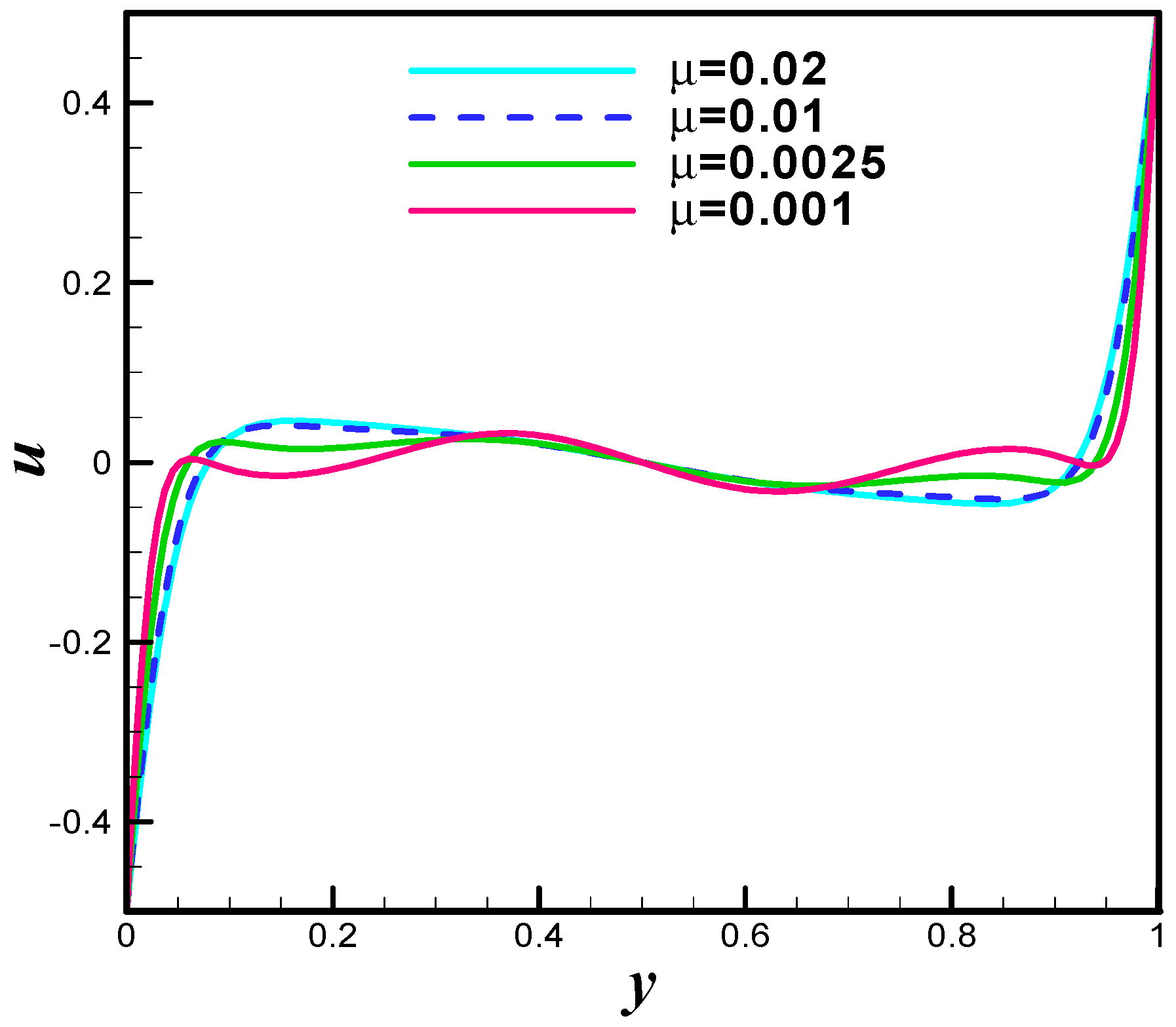 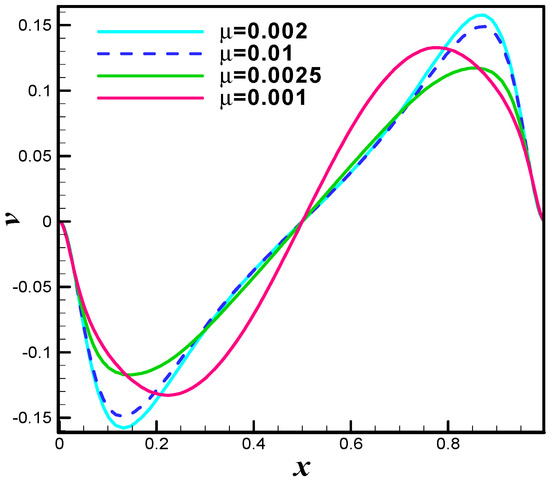