Optimization Methods for the Extraction of Vegetable Oils: A Review
Previous Article in Journal

Article
Effects of Wall Ventilation on the Shock-wave/Viscous-Layer Interactions in a Mach 2.2 Intake
by

:
In order to achieve proficient combustion with the present technologies, the flow through an aircraft intake operating at supersonic and hypersonic Mach numbers must be decelerated to a low-subsonic level before entering the combustion chamber. High-speed intakes are generally designed to act as a flow compressor even in the absence of mechanical compressors. The reduction in flow velocity is essentially achieved by generating a series of oblique as well as normal shock waves in the external ramp region and also in the internal isolator region of the intake. Thus, these intakes are also referred to as mixed-compression intakes. Nevertheless, the benefits of shock-generated compression do not arise independently but with enormous losses because of the shockwave and boundary layer interactions (SBLIs). These interactions should be manipulated to minimize or alleviate the losses. In the present investigation a wall ventilation using a new cavity configuration (having a cross-section similar to a truncated rectangle with the top wall covered by a thin perforated surface is deployed underneath the cowl-shock impinging point of the Mach 2.2 mixed-compression intake. The intake is tested for four different contraction ratios of 1.16, 1.19, 1.22, and 1.25, with emphasis on the effect of porosity, which is varied at 10.6%, 15.7%, 18.8%, and 22.5%. The introduction of porosity on the surface covering the cavity has been proved to be beneficial in decreasing the wall static pressure substantially as compared to the plain intake. A maximum of approximately 24.2% in the reduction in pressure at the upstream proximal location of 0.48 L is achieved in the case of the wall-ventilated intake with 18.8% porosity, at the contraction ratio of 1.19. The Schlieren density field images confirm the efficacy of the 18.8% ventilation in stretching the shock trains and in decreasing the separation length. At the contraction ratios of 1.19, 1.22, and 1.25 (‘dual-mode’ contraction ratios), the controlled intakes with higher porosity reduce the pressure gradients across the shockwaves and thereby yields an ‘intake-start’ condition. However, for the uncontrolled intake, the ‘unstart’ condition emerges due to the formation of a normal shock at the cowl lip. Additionally, the cowl shock in the ‘unstart’ intake is shifted upstream because of higher downstream pressure.
Keywords:
shock wave; boundary layer; wall ventilation; cavity; porosity; static pressure; Schlieren flow visualization technique

3.3. Effects of Wall Ventilation at the Proximal Regions

The percentage variations in wall static pressure (Pwall) at the upstream proximity (X = 0.48 L) and at the downstream proximity (X = 0.7 L) at all the contraction ratios, for both uncontrolled and wall-ventilated intakes, are calculated by using Equation (8). The results, at the proximal locations of the porous surface, are tabulated in Table 3 and Table 4, respectively.
Figure 16 shows the bar chart which compares the variations in the wall static pressure percentages at the upstream proximity (X = 0.48 L) for the intake with the wall ventilation at various tested porosities. On a general note, it can be seen that perforated surfaces have a favorable upstream influence in reducing the wall static pressure at the different intake contraction ratios investigated. Interestingly, the percentage reduction in static pressures is found to be almost proportional to the percentage rise in the surface porosity, except for the 22.5% porosity case where an insignificant decrease in pressures is observed at all the tested contraction ratios. The inferior performance of the 22.5% perforated surface is due to the generation of a relatively large number of compression waves at the pores, compared to the lower porosity cases. Although the individual strength of these waves is low, their combined strength becomes sufficiently high that it compromises the advantages of the increased surface porosity. Further, it can be seen that the intake with a wall ventilation of 18.8% has shown a profound upstream influence with the reduction of wall static pressure to a maximum of about 24% at Rc = 1.19.
Furthermore, at the near downstream location of 0.7 L, the percentage variation in wall static pressures for the controlled intakes with the cavity at different contraction ratios are shown in Figure 17 and tabulated in Table 4. Note that, unlike Figure 16, where all the bars are showing only the reduction in static pressures, Figure 17 depicts not only a pressure drop (for the 15.7% porosity case) but also the rise in static pressures (demonstrated by the 10.6%, 18.8%, and 22.5% perforated surfaces). The favorable performance of the 15.7% surface porosity at all the contraction ratios offer testimony to the higher boundary layer suction effect, with a maximum of about 15.8% reduction in static pressure at Rc = 1.22. Contrarily, a maximum of about a 57% rise in pressure with the 10.6% surface porosity (at Rc = 1.22), about a 56% rise in pressure with 18.8% surface porosity (at Rc = 1.19), and about a 36% rise in pressure with 22.5% surface porosity (at Rc = 1.25), have been obtained. Clearly, these porosity cases are not able to provide enough suction. In turn, the boundary layer is relatively thicker at the near-downstream location. As a consequence, the shockwaves are strong enough in causing the rise in static pressures.

In the present study, the efficacy of wall ventilation (a shallow cavity having a truncated rectangular cross-section deployed on the core of the intake) in controlling the SBLIs in a Mach 2.2 mixed-compression intake, has been examined experimentally. A parametric study was carried out by varying the surface porosity at 10.6%, 15.7%, 18.8% and 22.5% at four different intake contraction ratios, Rc = 1.16, 1.19, 1.22, and 1.25, comprising both intake-start and unstart conditions. The wall ventilation as a shock control technique exhibits extensive influence in reducing the wall static pressure, particularly in the upstream proximal regions. This influence is well pronounced at all the tested porosity cases and at all the tested intake contraction ratios. The intake controlled by the 18.8% porous surface shows a highly favorable performance at both on and off design conditions. In this case, at the intake contraction ratio of 1.19, as high as a 24.2% reduction in static pressure at the upstream proximity (X = 0.48 L) is obtained. This is due to the larger boundary layer suction effect created by the 18.8% surface porosity, which effectively reduces the boundary layer thickness and stretches the shock-cell structures in the intake isolator. In addition to decreasing the static pressure, the wall ventilation as a shock control is observed to be efficient in weakening the waves and decreasing the separation length.

To the best of our understanding, this is a novel study where a unique shock control configuration, mounted in the supersonic intake, has been designed and experimentally investigated. Although the conventional cavity with wall ventilation mounted over a flat plate or over a transonic airfoil has been studied by several researchers, not much emphasis is established on how the same wall ventilation technique is going to influence the start-unstart characteristics of the intake. In addition, instead of wall ventilation through a flat surface placed over a rectangular cavity, a new control configuration where the cavity has a cross-section of a truncated rectangle (with an angular cut at a corner), which in turn is covered by a porous surface, has been tested for the first time in this study. Compared to previous studies, in the present work, the intake is neither assumed as a flat plate nor as a single-ramp compression corner. However, all the investigations on the effectiveness of the control surfaces are carried out in an actual intake model with a core and cowl configuration, where the intake core was taken as a dual-ramp to minimize the overall losses. This adds another point to the novelty of the present work.

The authors acknowledge the Indian Institute of Technology Madras for providing the supersonic wind tunnel facility to do the tests. The authors profoundly recognize the financial support given by the Science and Engineering Research Board (SERB), which indeed helped in completing the investigation [EMR/2016/000506]. 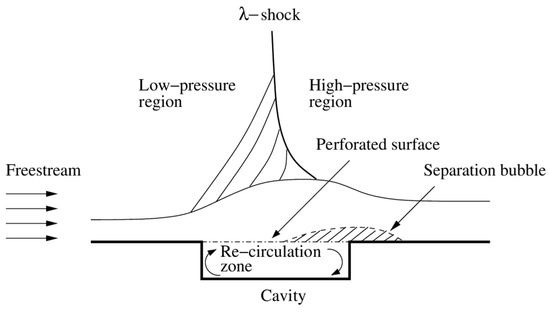 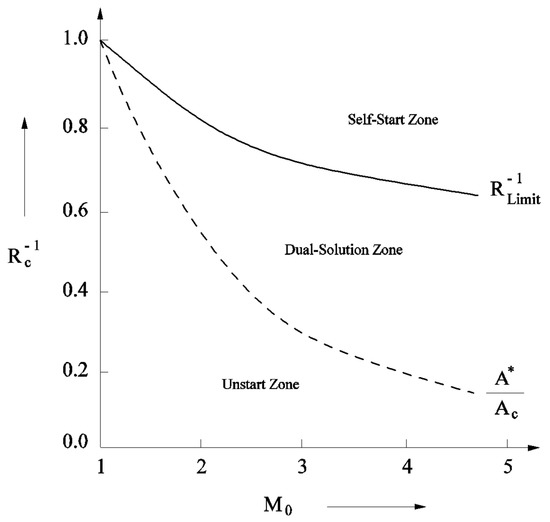 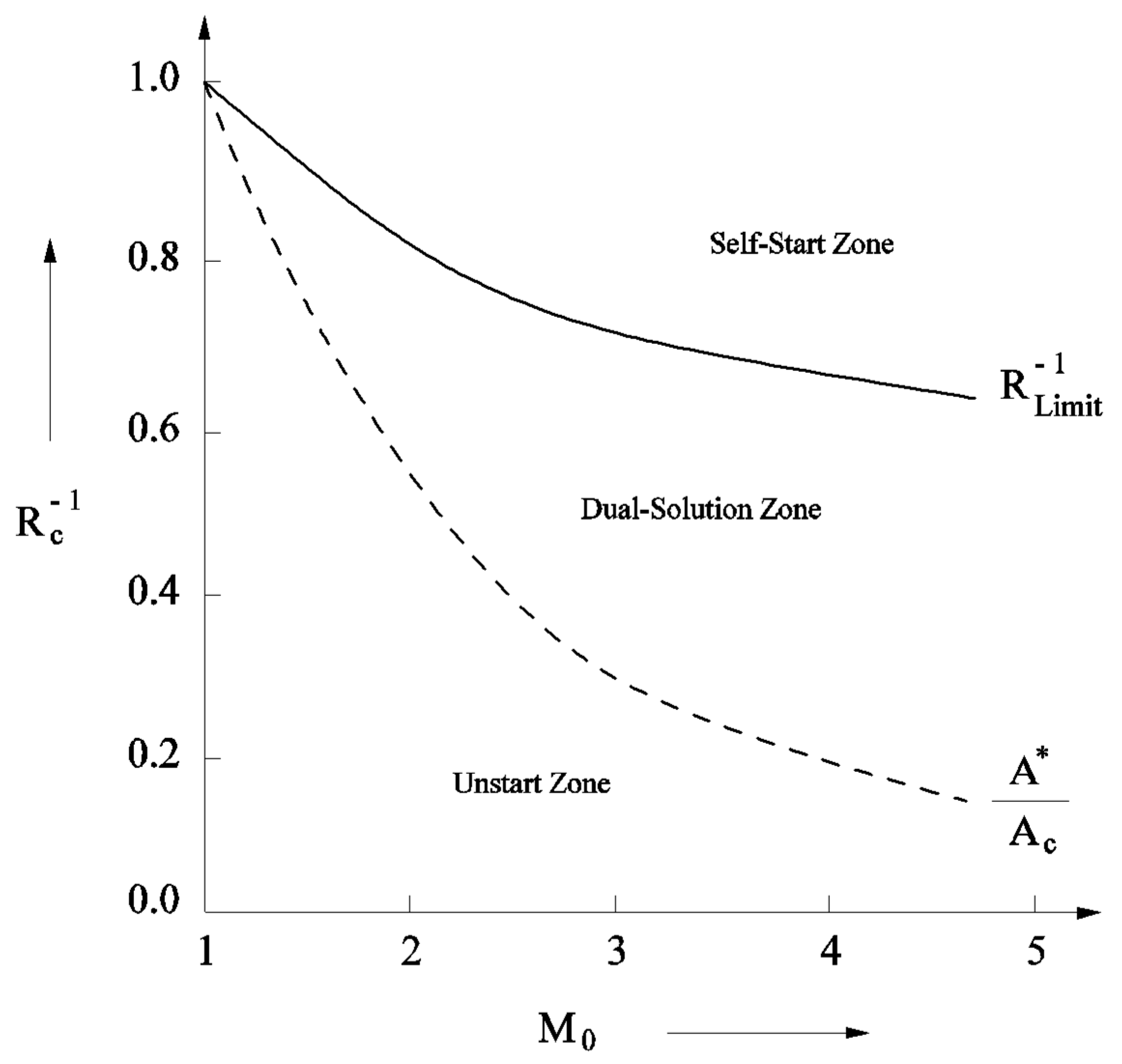 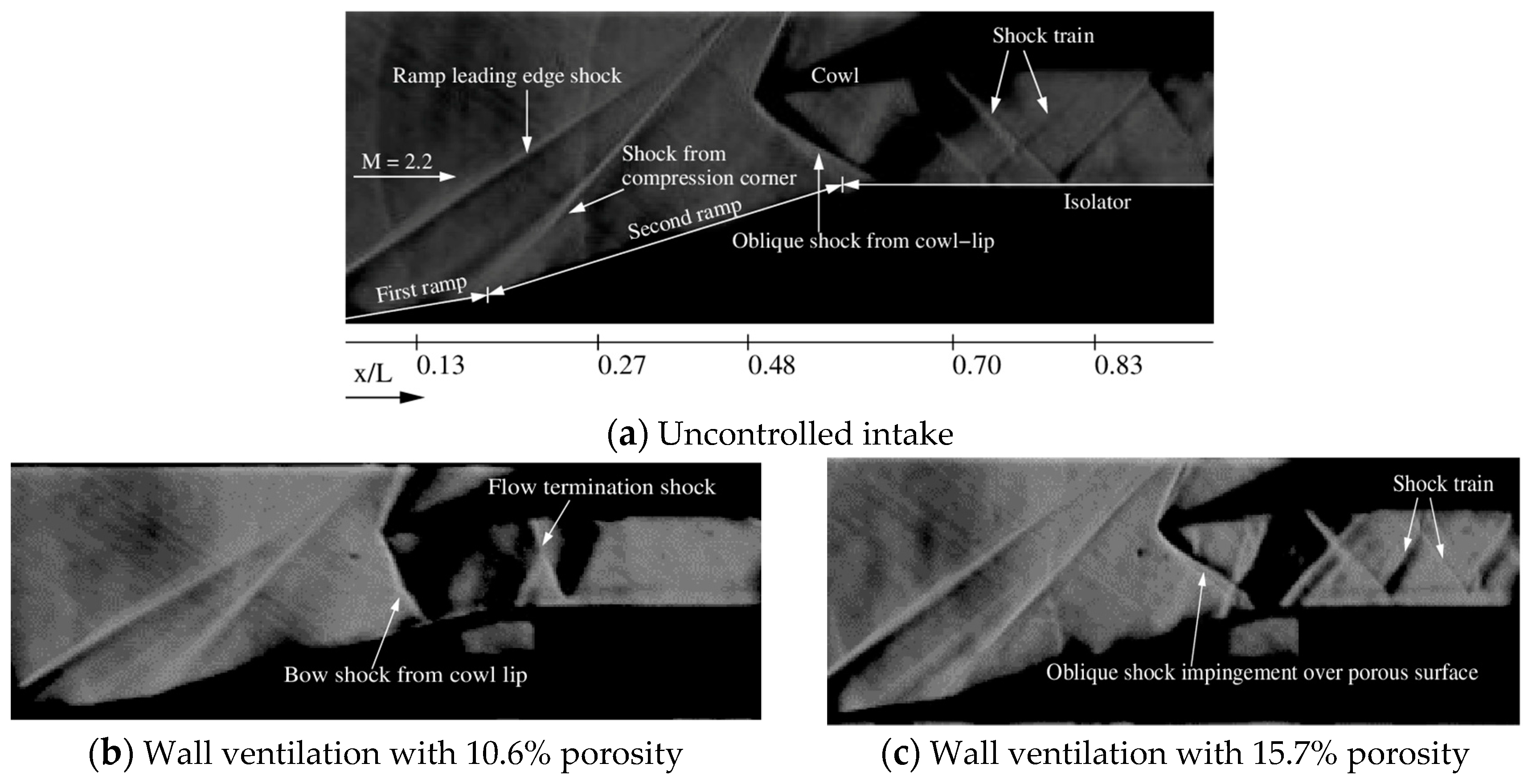 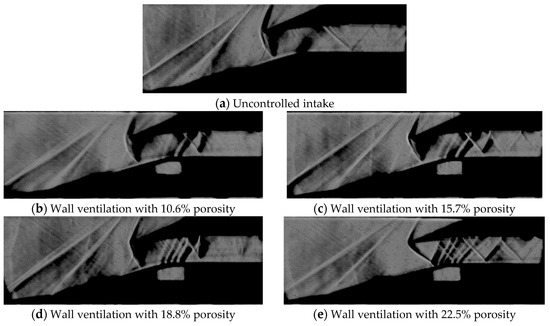 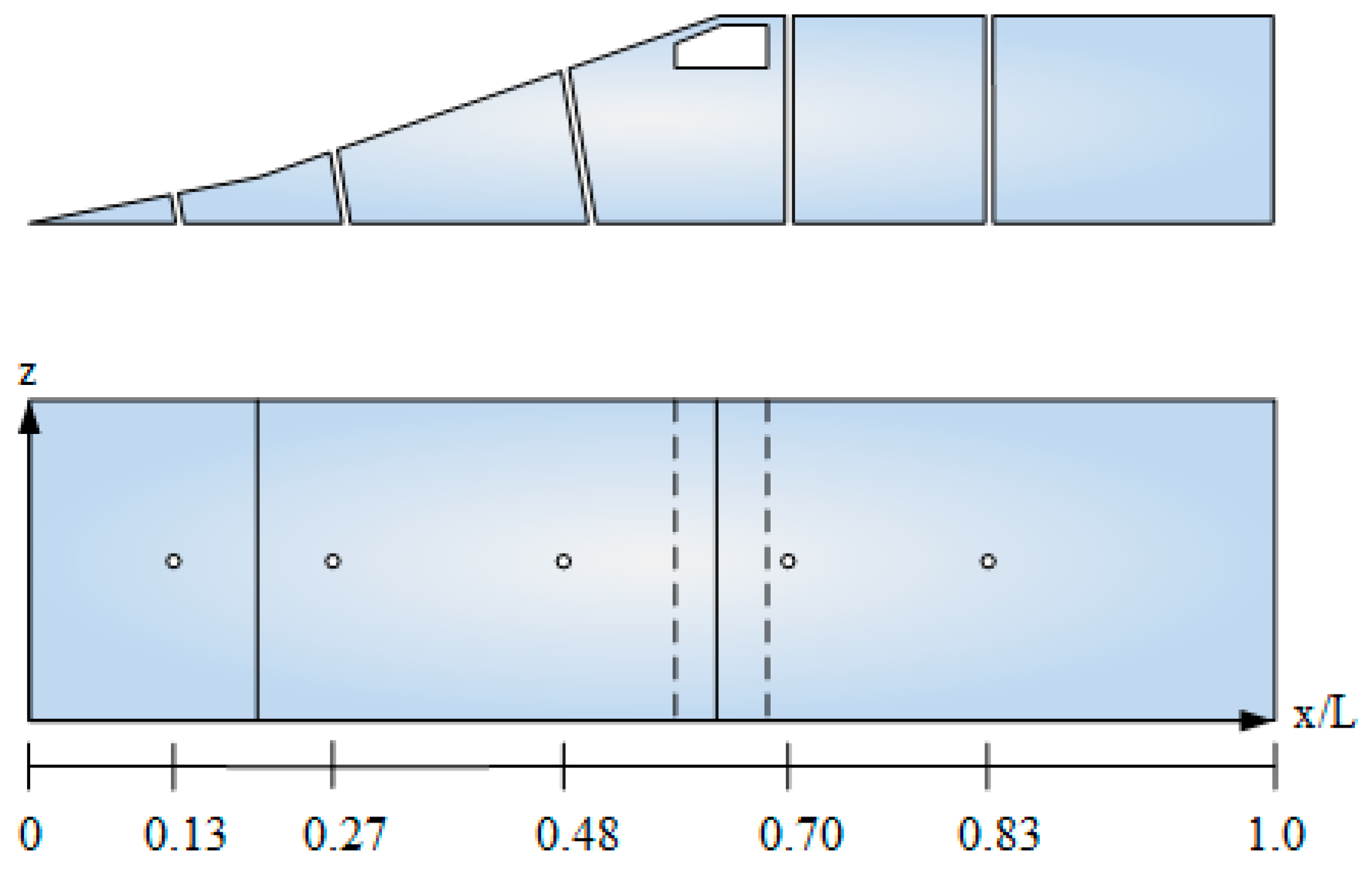 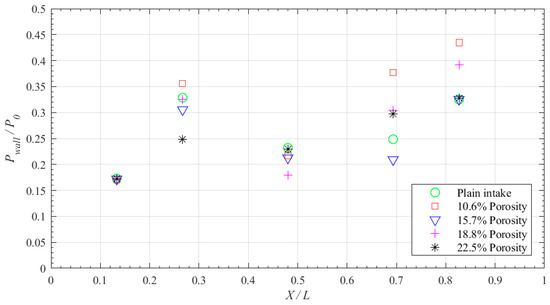 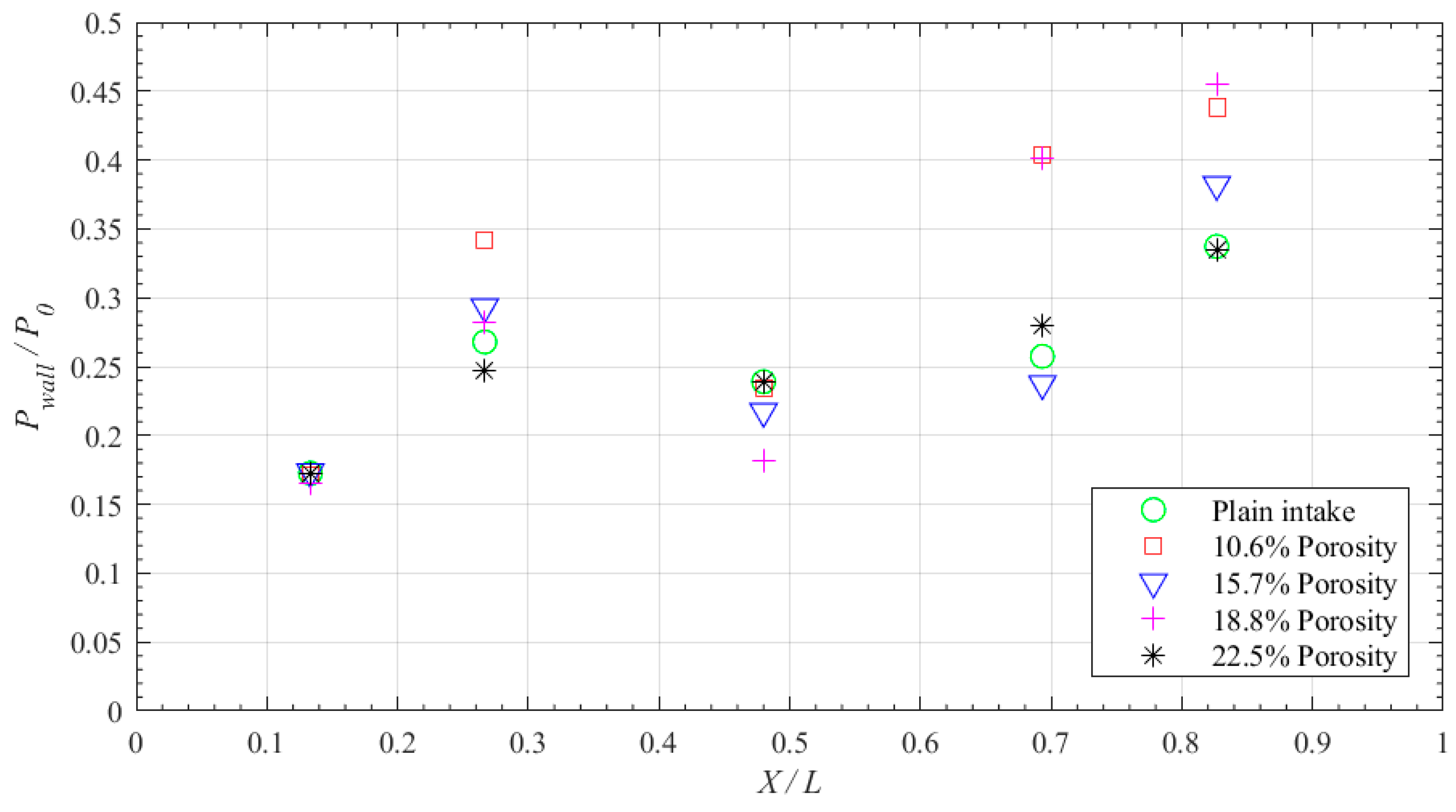 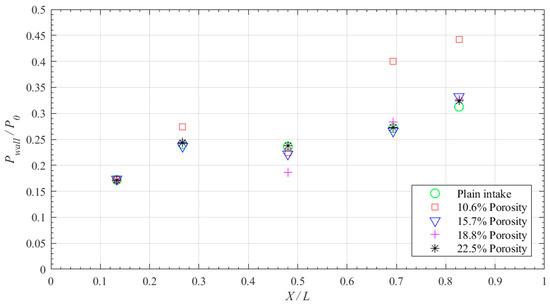 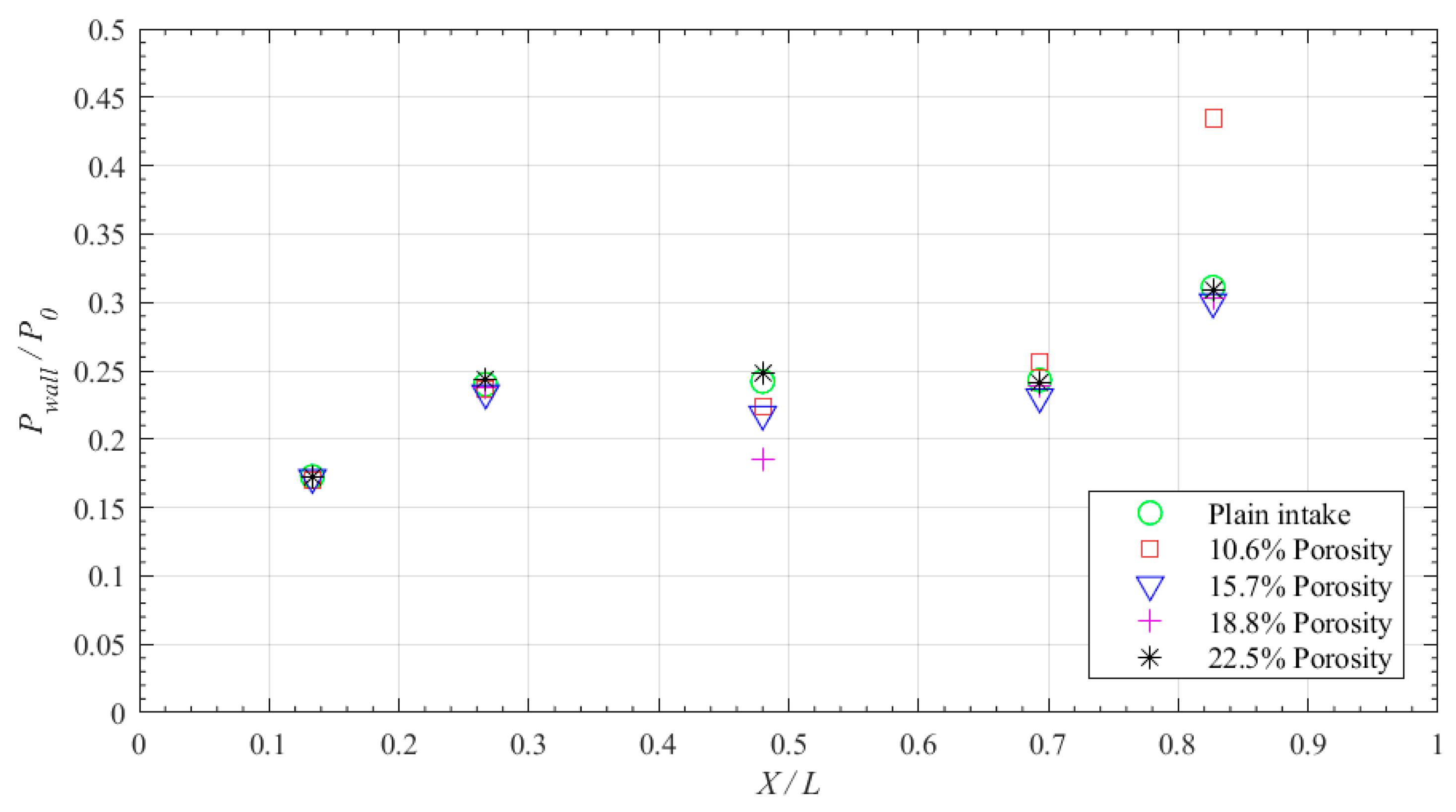 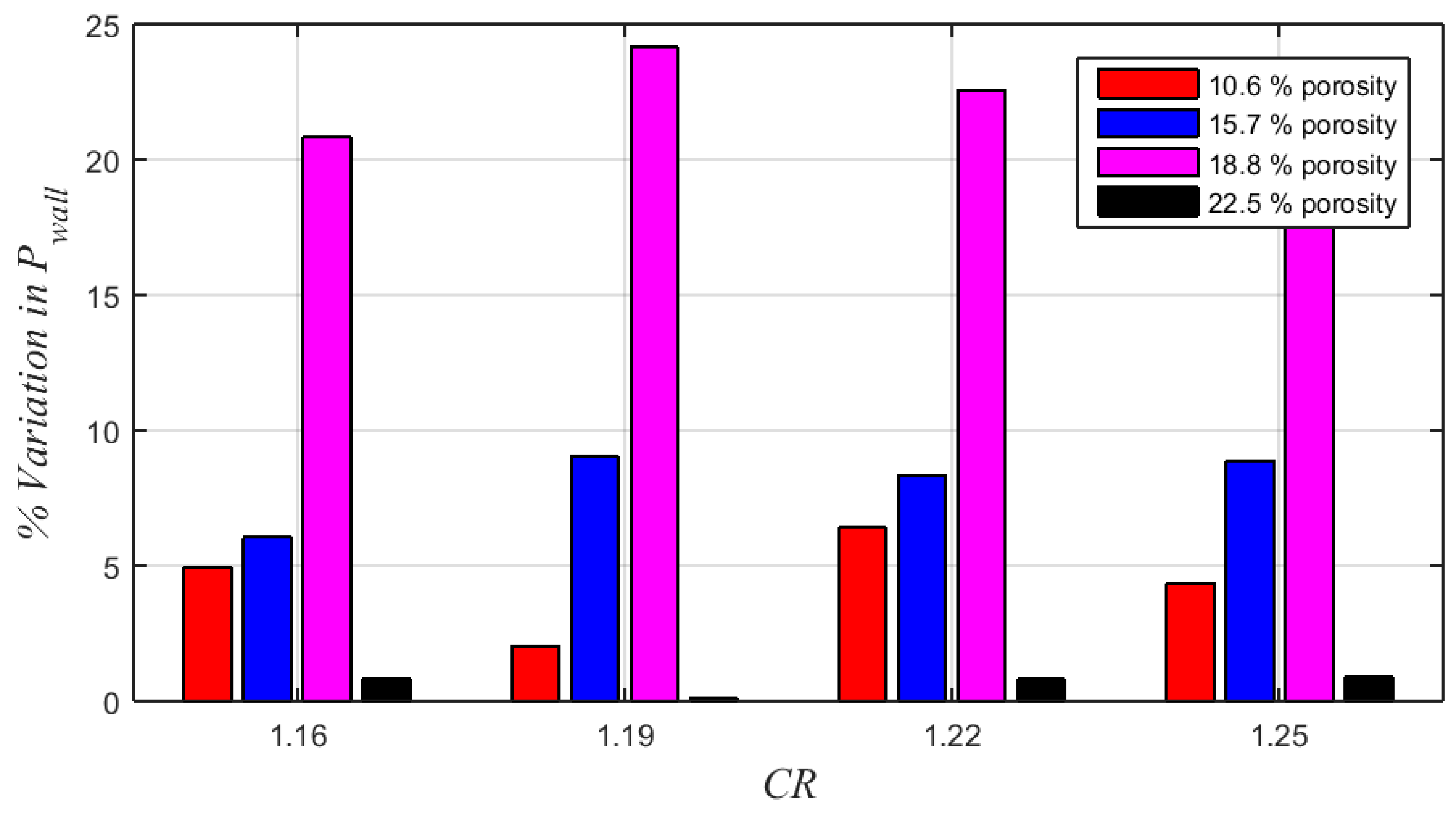