The index that is mainly used in labyrinth seals is the discharge coefficient, which is the actual mass-flow-rate ratio to the fluid that passes through the same cross-sectional area during the isentropic process. The isentropic equation is defined as shown below [16].
Isentropic mass flow rate:
Discharge coefficient:
To reduce the numerical analysis errors at the inlet and outlet and to observe the recirculation flow, the analysis was conducted by extending the distance by 64 and 50 mm at both ends of the tooth structure. Figure 2a shows the 17 million grid three-dimensional (3D) domain of the straight labyrinth seal; Figure 2b shows the grid near the tooth structure; and Figure 2c shows the grid of the stepped labyrinth seal. To sufficiently express the viscous sublayer, y+ = 3 or less needed to be satisfied.
Analyses were performed to confirm the sensitivity to the number of grids in two dimensions. From approximately 64,000 to 700,000 grids, alignment grids were created using ANSYS ICEM. In addition, ANSYS Fluent v20.1 was used as the solver. Figure 3 shows that 100,000 and 230,000 grids indicated a 0.1% difference in the discharge coefficient, and approximately 230,000 and 700,000 grids indicated a 0.2% difference. Although no feasibility problems occurred even when the analysis was performed on 100,000 grids, approximately 230,000 grids were used to sufficiently express the flow field.
Table 1 lists the length of each shape of the labyrinth seal. Because the labyrinth seal has a limited axial length, the straight labyrinth seal was adjusted to contain six teeth and the stepped labyrinth seal to have a five-tooth structure. The shape variables in this study were analyzed by selecting CW, SH, and SP. CW* and SH* were normalized to clearance, and SP* was normalized to the cavity width.
Table 2 lists the boundary conditions of the numerical analyses. The pressure and outlet were used, and the pressure ratio was 2.0. The numerical study was performed under adiabatic-wall conditions, with ideal gas at 300 K, and in stationary states.
For the numerical analysis that used 2D axis symmetry, the 2D and 3D results were compared and analyzed, as shown in Figure 4. The difference was 0.03%, which verified the validity of the 2D result. Figure 5 shows the sensitivity test of the turbulence model under the 2D-axis-symmetry conditions. As a reference value, the value tested by Wittig [16] was used. The SST k–ω model showed a maximum value of 8.4%, and the k–ε model showed the smallest gap of 0.7%. Therefore, all subsequent numerical analyses were carried out using the k–ε model.

This work was supported by the Agency for Defense Development Grant funded by the Korean Government (UD220004JD).

Data are contained within this article. 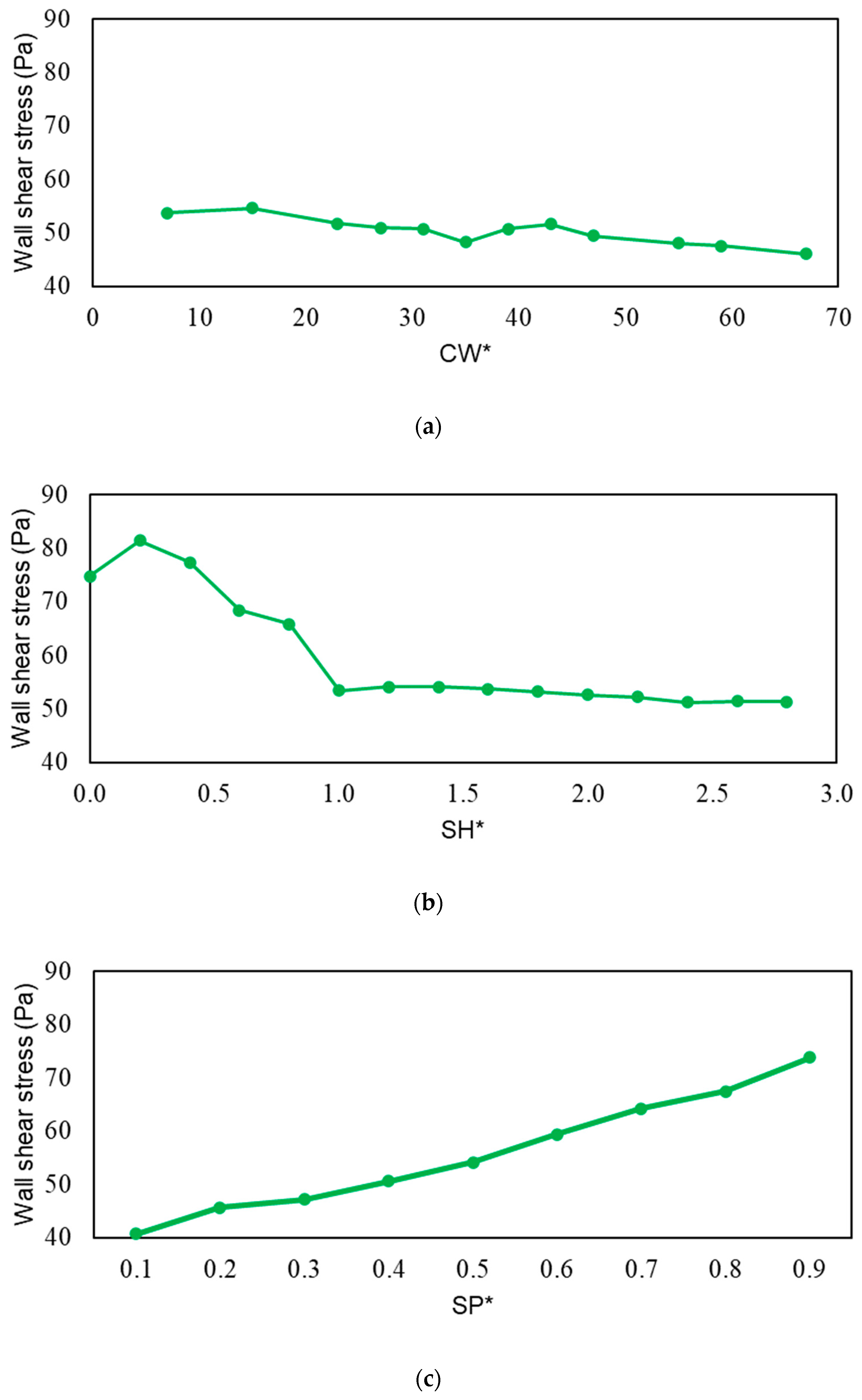