The objective of this study was to examine the effect of a 10-week physical activity (PA) programme, in early childhood education (ECE) settings, on 3 and 4-year-old children’s fundamental movement skills (FMS). A further aim was to examine FMS three-months post-intervention. The PA instructors delivered one 45 min session/week over 10 weeks, to 3- and 4-year-old children (n = 46), across four ECE centres. These sessions involved participation from ECE teachers. Children in the control group (CON; n = 20) received no PA classes and completed pre- and post-intervention assessments only. Locomotor (e.g., running/hopping) and object-control (e.g., kicking/throwing) skills were assessed using the Test for Gross Motor Development-2 (TGMD-2), before and after the intervention and, for the intervention group (EXP), at 3 months. Locomotor and object-control skills significantly improved in the EXP group, with typically no change in the CON group. The EXP group’s locomotor and object-control skills were maintained at 3 months. The 10-week PA intervention successfully improved 3- and 4-year-old children’s FMS.
Keywords: pre-school; physical activity; motor skills; test of gross motor development; physical education pre-school; physical activity; motor skills; test of gross motor development; physical education

Children aged 3- and 4-years-old from four ECE centres (BestStart Educare; Auckland and Hamilton) took part in this study. Initially, 147 children were tested (at baseline) for motor skills (across the four centres). However, for several reasons (including noncompliance of children, attending fewer than four physical activity classes, nonattendance on days of testing, moving to a different area, or no longer attending day care), 66 children, 46 in the experimental (EXP) and 20 in the control (CON) groups, completed the baseline and post-intervention assessments. There was a good spread of males and females in both groups, but the participants in the CON group were significantly younger (Table 1; p = 0.04).

Children and teachers from all four centres were involved in both EXP and CON groups. Participants in EXP also underwent data collection approximately 12 weeks following cessation of the physical activity classes (3-month follow-up).
All procedures had prior approval by the Massey University Human Ethics Committee (MUHEC Northern 15/36). Before obtaining written consent, the parents of the children who expressed an interest in the research study were fully informed about the aims, procedures and the demands that the study would place upon them, coupled with any possible risks and discomforts. Parents were reminded of their right to withdraw their child from the study at any time.

The physical activity intervention consisted of 10 weeks of PA classes (Jumping Beans) designed to improve teachers’ knowledge related to PA, health and well-being, and to improve FMS of children. PA educators delivered one 45 min session per week over the 10-week period to 3- and 4-year-old children in the EXP group. The curriculum was designed to be fun, engaging and educational, for both children and teachers. The classes were limited to a maximum of 25 children to allow for engagement with teachers and PA instructors.
The 10-week programme was based on strengthening locomotor skills using fundamental movement patterns (locomotion, statics, rotation, springing, landing, manipulative and swing). To encourage manipulative skills, a unique ball skill was also associated with each locomotor skill. The ball skills used were an underhand roll, an overhand throw, catching, kicking, striking a stationary ball and dribbling a ball. The first 6 weeks of the intervention were centred around one locomotor skill and one ball skill, which were taught in a 45 min session. The sessions in the remaining 4 weeks were designed to reinforce difficult skills from the previous 6 weeks.
Each 45 min session was based on an animal (e.g., ‘gallop like a horse’) to appeal to the children. The 45 min sessions were split into 3 blocks: 5 min for mat time, 35 min for equipment (7 × 5 min blocks) with each equipment piece relating to one of the seven fundamental skills, and 5 min for cool down. Mat time was used to introduce the programme for the week and demonstrate the locomotor skill to the children. A colouring-in picture, programme notes and a take-home activity were also given to the children based on the relevant animal. Thereafter, the equipment was used to strengthen skills useful for the locomotor skill that week. The cool-down period was used for music and movement, bubbles and ‘fun-chute’ activities to animal-themed music.
Children and teachers within the CON group received only guidance for PA. For ethical reasons, the children in the CON group were provided with the 45 min session per week over a 10-week period, after the intervention was completed in the EXP group.

The (TGMD-2) [31] was used to assess FMS before and after the intervention. The TGMD-2 is suitable for 3–10-year-olds and uses skill-specific performance criteria to assess locomotor skills, such as running and hopping, and object control skills, such as kicking and throwing [31].
An instructor demonstrated each TGMD-2 task (using specific criteria) on two occasions before the child made two attempts at each task. Four instructors were used over the 28 TGMD-2 assessments days. Each instructor underwent training moderated by a primary assessor using physical demonstration, verbal instruction and the TGMD-2 examiner’s manual and visual diagrams.
The raw scores for locomotor and object control were then tallied by the instructors and the Standard Score, Percentile and Age Equivalent scores calculated using the TGMD-2 conversion tables [33]. The primary assessor, who was also responsible for scoring each child’s TGMD-2 assessment on all 28 testing days, checked the scoring.
Raw data that have been converted, based on specific age of the child, are termed ‘standard scores’. These scores allow comparison between locomotor and object control subtests. The percentiles (or percentile ranks) indicate the percentage of the distribution equal to or below a particular score. For example, a percentile score of 60 means that 60% of the standardised sample scored at or below the examinee’s score. It should be noted that these values are based on standardised percentile data from the USA. The age equivalents for tests of developmental abilities have been termed ‘developmental ages’ [33]. The TGMD-2 age equivalents’ data provide an estimation of how the subtest scores relate to typical age.
Pilot testing was carried out prior to visiting the centres to ensure the primary assessor recognised the successful completion or failure of each skill criteria. Periodically throughout the testing period, an additional instructor also scored the child’s TGMD-2 assessment to check the reliability and reproducibility of the primary assessor’s scoring.
Each testing environment within the four centres was assessed for health and safety risks before each TGMD-2 session took place. Each room was chosen to match the requirements of each locomotor and object control skill whilst reducing the noise level, interruptions and distractions that could occur during a child’s assessment.

Statistical analysis was conducted using IBM SPSS version 21. Data were examined using mixed-method repeated-measures analysis of variance (ANOVA), for within-subjects (baseline vs. post-intervention) and between-subject (intervention vs. control) effects. Mauchly’s test of sphericity was used to determine whether the assumption of sphericity was being violated by the data. Where this did occur, the Huynh–Feldt correction was applied. One-way ANOVA was used to examine the time of assessment effects (baseline vs. post-intervention vs. 3-month follow-up) in EXP only. When differences were found by ANOVA, paired Student’s t-tests, using the Holm–Bonferroni adjustment, were used to ascertain where the differences lay. The Student’s t-test for independent data was also used to examine differences between trials. Effect size (Cohen’s d) was used to report practical significance; a large effect size was determined as 0.8, medium as 0.5 and small as 0.2 [32]. Relationships between independent variables were assessed using Pearson’s correlation. A small (weak) correlation was defined as ±0.10 to ±0.29, medium (moderate) correlation as ±0.30 to ±0.49 and large (strong) as ±0.50 to ±1.00 [32]. Data are presented as means ± standard deviation (SD). The level of significance was accepted at p < 0.05.

The 10-week physical activity intervention within early childhood centres significantly improved 3- and 4-year-old children’s locomotor and object control skills. Our findings show that even a short intervention can improve young children’s FMS, although we need to know more about how the frequency, length and facilitation of interventions, along with teachers’ PLD, might affect various outcomes for children. Furthermore, children’s skills were maintained in a 3-month follow-up assessment (when no specific physical activity sessions were provided). The physical activity instructors worked with teachers to increase the teacher’s knowledge and confidence and to enhance teaching skills related to supporting and coaching young children’s FMS. Together, these appear to be important aspects of a successful physical literacy intervention.

This research was funded by BestStart Educare.

The study was conducted according to the guidelines of the Declaration of Helsinki and was approved by the Ethics Committee of Massey University (Southern A, 15/36. Date of approval, June 2015.

Informed consent was obtained from the parents/caregivers of all subjects involved in the study.

All relevant data are presented in this manuscript.

The authors would like to thank the children, whānau (family) and Early Childhood Education Centres for their participation in this study.

The primary author is a director of Jumping Beans Ltd. There is no conflict of interest for all other authors and no competing financial interests exist. 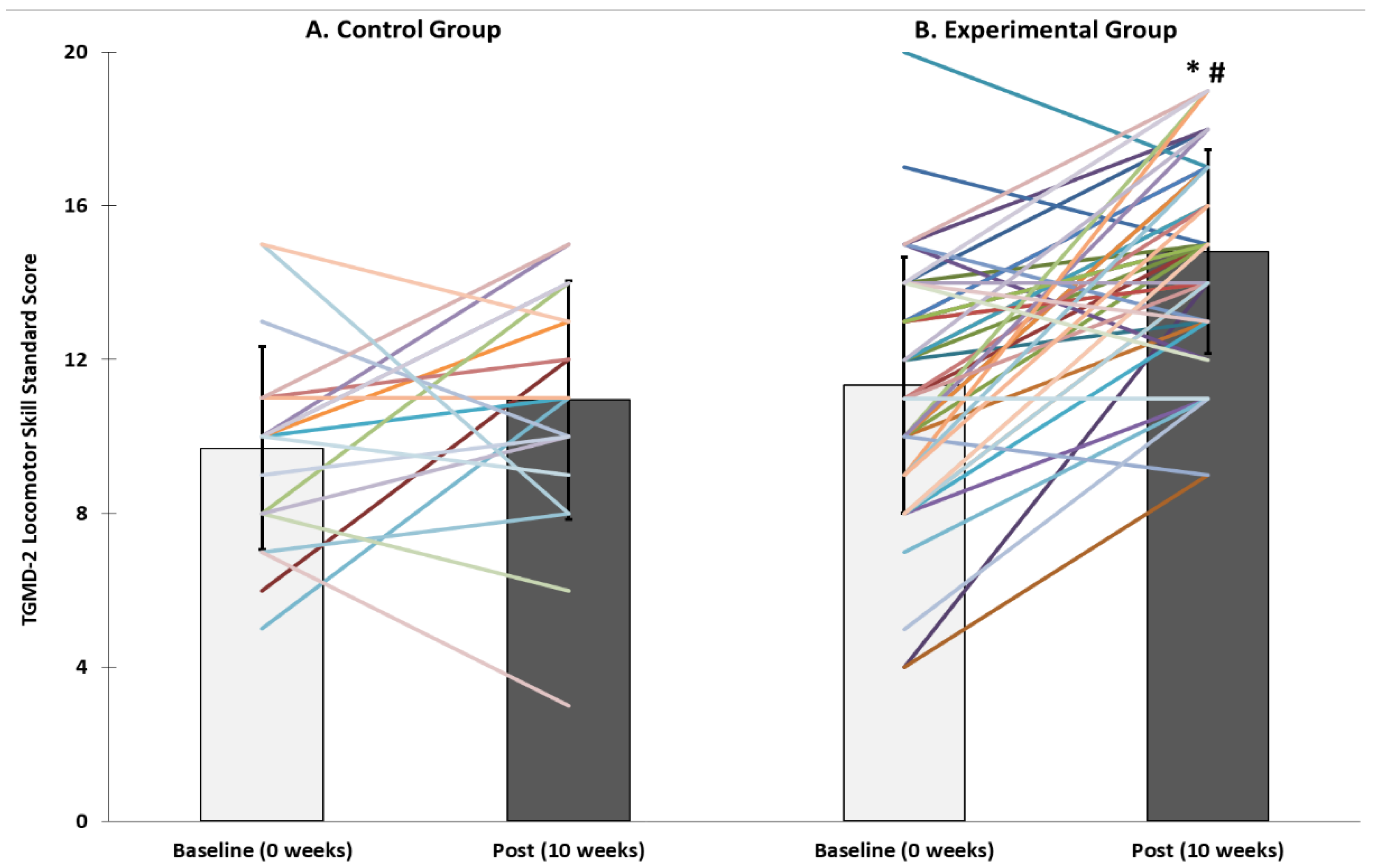 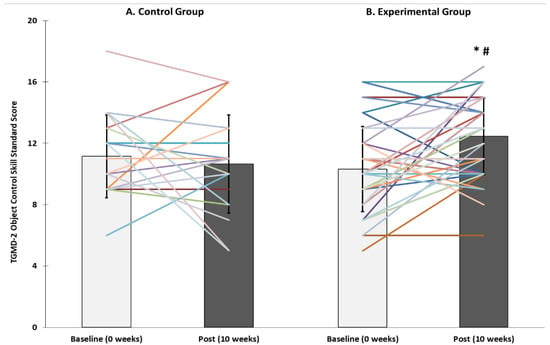 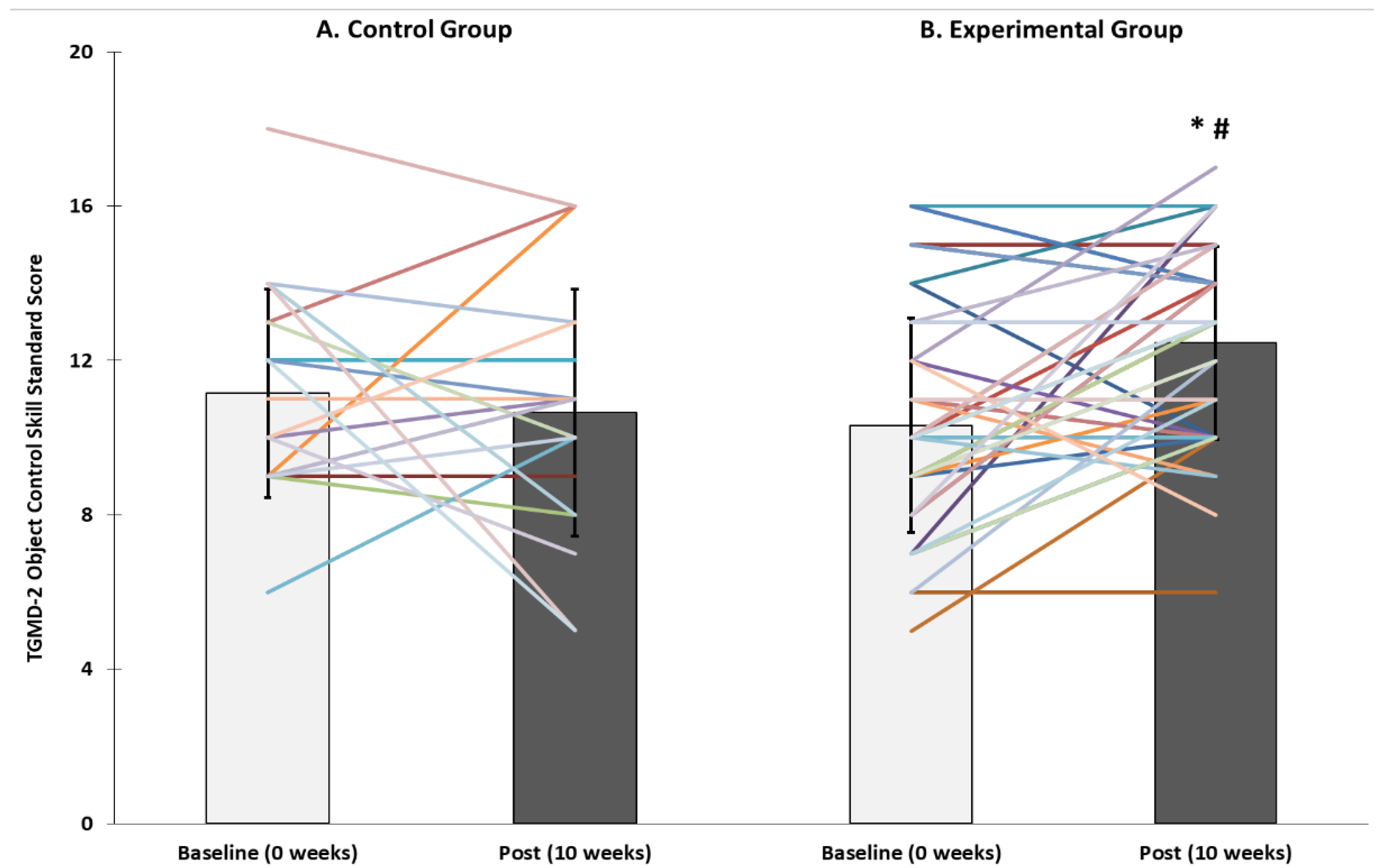