The Use of Age Assessment in the Context of Child Migration: Imprecise, Inaccurate, Inconclusive and Endangers Children’s Rights
Next Article in Special Issue

Pre-teen children face stressors related to their transition from childhood to adolescence, with a simultaneous increase in academic pressure. The present study compared the immediate effects of 18 min of (i) high frequency yoga breathing with (ii) yoga-based breath awareness and (iii) sitting quietly, on (a) attention and (b) anxiety, in 61 pre-teen children (aged between 11 and 12 years; 25 girls). Attention was assessed using a six letter cancellation task and Spielberger’s State Trait Anxiety Inventory STAI-S was used to measure anxiety before and after the three practices, practiced on separate days. Repeated measures ANOVA, followed by Bonferroni adjusted post-hoc analyses showed an increase in total attempts and net scores after high frequency yoga breathing (p < 0.05), while wrong attempts increased after yoga based breath awareness (p < 0.05). Anxiety decreased comparably after all three interventions. The 25 girls in the group had the same trend of results as the whole group with respect to the attention-based cancellation task, while boys showed no, how since change. For both girls and boys, anxiety decreased after all three 18min interventions. The results suggest that high frequency yoga breathing could be a short, useful school based practice to improve attention and reduce anxiety.
Keywords: pre-teen children; attention; anxiety; yoga breathing; yoga based breath awareness; sitting quietly pre-teen children; attention; anxiety; yoga breathing; yoga based breath awareness; sitting quietly

There were 61 pre-teen children with ages ranging from 11 to 12 years (group mean age (SD), 11.2 (0.5) years) recruited for the study from a residential school in India. They were students of grade 6 and 7 and there were 25 girls. The sample size was not calculated prior to the trial. However, the power was calculated from STAI-S scores, which were significantly different between states in the repeated measures ANOVA and in post-hoc analysis comparing post values with pre in the high frequency yoga breathing (HFYB) session. With the sample size of 61, and the Cohen’s d of 0.49 (medium), the power obtained was 0.99 [14]. The children were recruited based on the following inclusion criteria: (i) Apparently normal health based on a routine case history and medical examination; (ii) aged between 11 and 12 years, both genders; (iii) staying in a residential school for at least 2 years, with bi-annual home visits; (iv) at least one years’ experience (with a frequency of 26 days/month) of yoga practice including high frequency yoga breathing (v) right hand dominant based on Edinburgh handedness inventory [15] and (vi) willingness to take part in the study. The exclusion criteria were: (i) Girls who attained menarche or boys who reached puberty, (ii) presence of any physical or mental illness and (iii) taking any medication.
The school was located in north India. Admission was competitive and students answered an exam and their parents were spoken to, to understand the family background before admission. Boys and girls are housed in separate accommodation but have classes together. The parents are allowed to visit the children 3 to 5 times a year and the children get holidays to go home in summer and winter for a total of two months in a year. There are 4 house-persons, who stay with the children and one class teacher per class. There are 40 to 50 students in a class. The students have activities starting from 04.30 h to 21.30 h, which were supervised. These activities included a 50 min yoga class in the morning, universal prayer, regular classes, games (this included team and individual games as well as competitive and non-competitive games) for 75 min, self-study for 60 min, and time for meals. The remaining time was for their individual activities.
The study was approved by the institution’s ethical committee (approval number: YRD-018/018-19). Signed informed consent was taken from the principal of the school. The principal informed the parents of the students about the study and their oral approval was also taken.

The children were randomly assigned to 3 groups, i.e., group A, group B, and group C using an online random sequence generator [16]. The procedure was as follows: Children were given serial numbers from 1 to 61 independent of their name, order of enrolment, or any other factor. Using an online random generator, 61 random numbers were generated [16]. These random numbers were noted beside the serial number assigned to each child. The random numbers were then written on identical slips of paper and folded in a similar manner. The slips were mixed and a person who was unaware of the study design put the slips one at a time into three boxes labelled A, B, and C. The letters A, B, and C represented group A, group B and group C respectively.
After allocation of the children to three groups, the online randomizer [16] was used to assign the sequence of the three interventions to the three groups for three days. As a result, group A practiced HFYB, BAW, and QS on day 1, day 2, and day 3 respectively; group B practiced BAW, HFYB and QS on day 1, day 2, and day 3 respectively and group C practiced QS, BAW, and HFYB on day 1, day 2, and day 3, respectively. Assessments of SLCT and STAI were taken before and after each session. The data were taken in November, 2018.

This is a standardized paper-and-pencil test, which is used to assess selective attention [12,13]. The SLCT consists of an A4 size sheet of paper in which letters of the English alphabet are randomly arranged in a 22 × 14 matrix. At the top of the test sheet there were6 target letters; these 6 letters were interspersed with non-target letters in the work sheet below. Participants were instructed to spot the 6 target letters in the work sheet and to cancel them with a slash (/). Cancellation of non-target letters was counted as errors and the total time given to complete the test was 90 s. The net score was calculated by subtracting wrongly cancelled letters from the total letters cancelled.

The STAI-S is a standardized 20 item inventory, which assesses the anxiety, i.e., the anxiety at the moment of testing [17]. The 20 items are sentences which describe the feelings of a person which can be assessed on a 4-point (i.e., not at all, somewhat, moderately so, and very much so) Likert scale. The participants had to choose one out of the 4 options provided for each item. This scale was not culture sensitive and had been standardized for use in an Asian population (of which 6.5% was an Indian population) with test-retest reliability (r = 0.60–0.94) and Cronbach’s alpha score of 0.86 [17].

Visual analog scales were used to self-rate the quality of practice after each session. Each scale was a 10 cm horizontal line that allowed participants to self-rate the quality of practice on a scale of 0 (worst possible) to 10 (excellent). The participants were told to put a mark on the line to describe how well they were able to follow the instructions during the practice of HFYB, BAW, or QS.

There were 3 interventions which each group practiced in 3 days in random order. These were (i) high frequency yoga breathing or HFYB, (ii) breath awareness (BAW), and (iii) quiet sitting (QS).

HFYB consisted of rapid breathing with forceful exhalation contracting the anterior abdominal muscles, at a rate of 1.0 Hz (60 breaths per minute). Children were instructed to avoid using excessive force. During the practice the volunteers checked that the children appeared relaxed, especially their facial expression, shoulders, and trunk. The children were instructed to sit cross-legged with their eyes closed and spine and neck erect and aligned during HFYB. During this practice children were instructed to be aware of the passage of air through the nasal and respiratory passages, while also being aware of all the movements during the practice.
There were two teachers of each gender appointed by the school to teach yoga. Each of them had a minimum of 2 years training in yoga, both theory and practice. They were familiar with the contraindications to practice high frequency yoga breathing, i.e., a history of febrile convulsions or seizures due to any cause, recent surgery or injury to the thorax or abdomen, and any breathing disorder in the children, which would make it difficult to carry out the practice. The yoga teachers were also aware of the precautions they needed to observe i.e., check that the children were not hyperventilating, over-breathing, or fatigued.

BAW consisted of being aware of the movement of air in the nasal and respiratory passages without manipulating it. The children were asked to sit cross-legged with their eyes closed and neck and spine erect and aligned, and attention directed to awareness of the breath. Breath awareness was added as an interventional control because being aware of one’s breath is an essential part of yoga breathing. Hence this is yoga-based breath awareness, which for the sake of convenience is referred to as ‘breath awareness’.

QS was the control session in which participants were instructed to sit quietly with closed eyes and their neck and spine erect and aligned. They were instructed to allow their thoughts to wander without attempting to regulate or direct them.
The total time for each intervention was 18 min, which consisted of 3.5 min epochs of the respective practice followed by 1 min of rest after each epoch. The SLCT and STAI-S were assessed at the beginning and end of the sessions and the VAS was assessed at the end of each session. Figure 1 represents the study design schematically.

Data analyses were done using SPSS (24.0). The data obtained before and after the 3 sessions were compared using a repeated measures analysis of variance (RM-ANOVA) followed by Bonferroni adjusted post-hoc analyses. The RM-ANOVA had 2 within-subjects’ factors i.e., states, with 2 levels (pre and post), and sessions, with 3 levels (HFYB, BAW and QS). The data were analyzed for the group as a whole, as well as for boys and girls separately.
Parametric tests (i.e., repeated measures ANOVA followed by multiple post-hoc tests) were used since with sample sizes greater than 30 whether the data were normally distributed (or not) does not impact accuracy [18].

There were 61 pre-teen children who showed an immediate response to 18 min of high frequency yoga breathing, breath awareness, and quiet sitting in terms of reduced anxiety. Following high frequency yoga breathing they obtained better scores in an attention-based cancellation task. In contrast on another day the same children showed an increase in errors after yoga-based breath awareness.
School curricula are very demanding. Fitting in a stress reduction practice is challenging. The present results suggest that high frequency yoga breathing if correctly taught can improve the ability to focus and shift attention as an immediate effect, while reducing anxiety. Given the immediate effects of the 18 min practice the intervention could be introduced at the start of the school day. Sitting quietly and yoga based breath awareness were also useful to reduce anxiety and could be considered as add-on practices to yoga breathing.

This research received no external funding. The authors acknowledge the Patanjali Research Foundation (Trust), Haridwar, India for funding the study.

Authors declare no competing interests with respect to the research, authorship, and/or publication of this article. 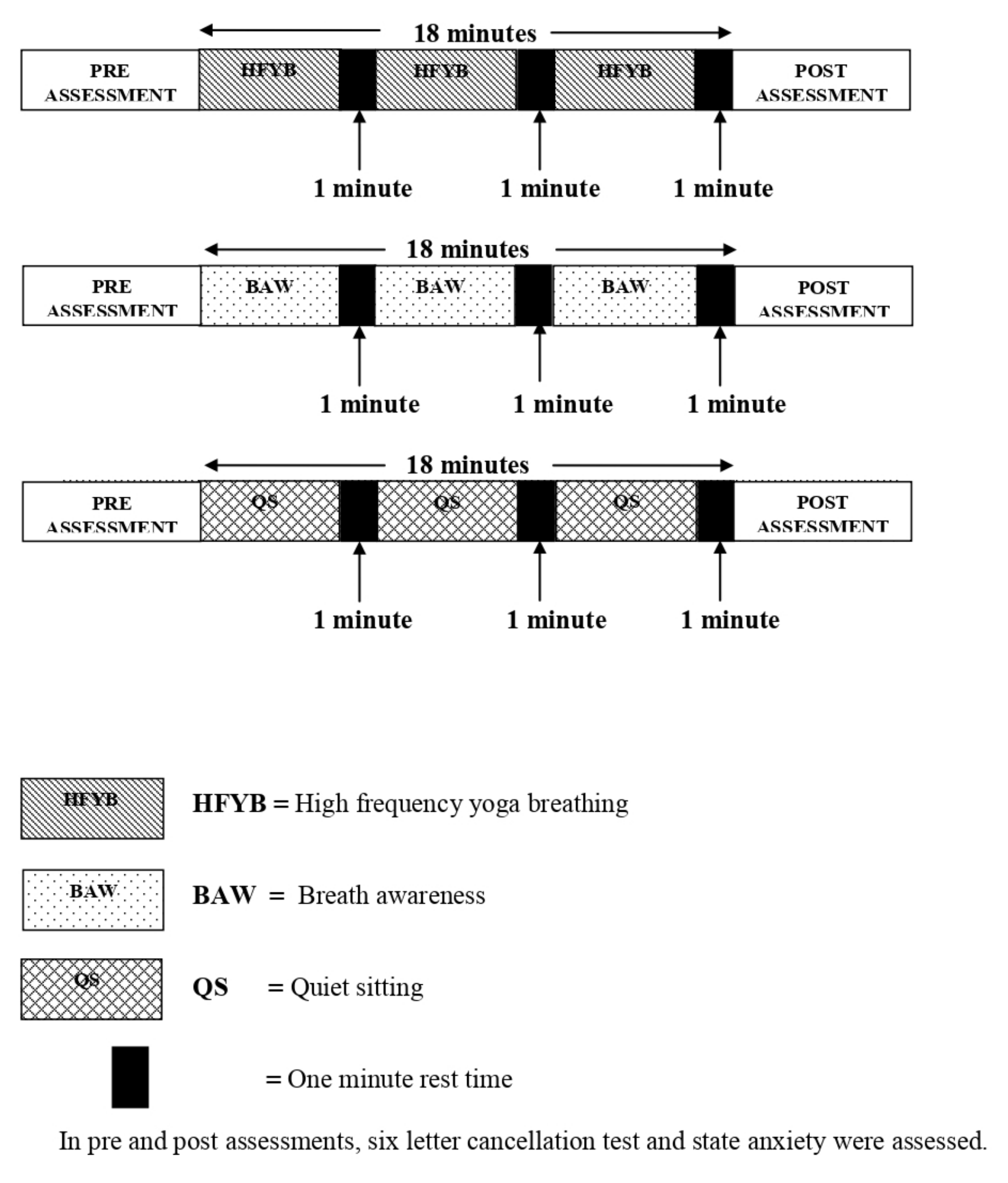 Table 3. Details of repeated measures analysis of variance.
Table 3. Details of repeated measures analysis of variance.
Abbreviations: TA: total attempted in SLCT; WA: wrongly attempted in SLCT; NA; net attempted in SLCT; STAI-S: Spielberger’s state trait anxiety inventory.
© 2019 by the authors. Licensee MDPI, Basel, Switzerland. This article is an open access article distributed under the terms and conditions of the Creative Commons Attribution (CC BY) license (http://creativecommons.org/licenses/by/4.0/).
We use cookies on our website to ensure you get the best experience. Read more about our cookies here.
Accept
We have just recently launched a new version of our website. Help us to further improve by taking part in this short 5 minute survey here. here.
Never show this again