Temperamental characteristics predict later socioemotional and behavioral problems [1]. Infants’ and toddlers’ behavioral inhibition—the temperamental tendency to react to novel stimuli with wariness and avoidance [2]—for example, is a precursor to social reticence [3] and predictive of anxiety in middle childhood and adolescence [4,5,6]. Social inhibition, which specifically refers to responses to unfamiliar social stimuli, is more closely associated with later socially anxious behaviors than inhibition towards nonsocial stimuli [7,8]. In contrast to social disinterest, social inhibition reflects emotional dysregulation characterized by high fear in low-threat situations [9]. In young children (2–6 years), social inhibition is assessed via the quality and timing of responses to an adult stranger [7,10,11]. Efforts to identify an early-life at-risk phenotype for social anxiety have focused on neurobiological correlates of inhibited temperament and suggest that specific brain circuits underlie its behavioral manifestation [12]. However, the role of perinatal risk on the development of social inhibition is not well understood [13].
Preterm birth (<37 weeks gestation) is known to cause brain injury and alterations [14] that may be related to the development of inhibited temperament [15], thus putting preterm children at risk for social difficulties [16]. Compared to their full-term (39–41 weeks) peers, very preterm (<32 weeks) children show more peer problems, greater social withdrawal, and poorer social skills [16,17,18], which may increase their risk of social exclusion and being bullied by peers [19]. These difficulties appear to be long-lasting, as extremely preterm (<28 weeks gestation) individuals have more peer problems and lower confidence in adolescence [20], and more shyness and lower sociability in early adulthood [21,22]. Very preterm adults are also at greater risk for low social support [23,24] and a withdrawn personality type [25,26]. Although early temperamental traits may underlie these difficulties, previous studies have not used experimental paradigms to assess preterm children’s social inhibition.
Further, whereas very preterm children have a known greater risk of social problems than term-born peers, less is known about children born moderately (32–33 weeks gestation) and late preterm (34–36 weeks gestation; [27]). The scarce evidence suggests that they might also be at risk for socioemotional problems compared to full-term counterparts [28]. For instance, mothers of late preterm infants rate their children more highly on temperamental negativity than do mothers of full-term infants [27]. By school age, late preterm children have more internalizing and externalizing problems, lower IQ, more school problems [29,30], and fewer friends [31] than full-term peers. Thus, temperamental characteristics (i.e., social inhibition) might offer a potential pathway to the subsequent social difficulties observed in individuals born very preterm, but whether these effects gradually increase with neonatal risk across the full range of gestation remains unknown.
Although positive early parent–infant relationships are important for all children, their contribution may be especially protective for preterm children’s social development. High-quality parent–child interactions have been positively associated with preterm children’s early social–emotional competence [32,33,34], particularly for those with higher medical risk [35,36]. Children born with very low birth weight (<1500 g) are more vulnerable than normal birth weight children to the effects of parental depression [37] and insensitive parenting [38,39]. Less sensitive parenting predicts impairments in self-regulation in very preterm toddlers [40], while maternal anxiety and negative or intrusive parenting predict poorer social competence at age 4 years of age [17].
Therefore, using data from a larger longitudinal study, the current study aimed to investigate the impact of gestational age and parent–infant relationships on social inhibition across the full gestation range. The current research questions were developed after the data collection had been finalized in the larger study. It was hypothesized that lower gestational age would predict higher social inhibition, and that good early parent–infant relationships would predict lower social inhibition.

Participants were recruited as part of the larger prospective, geographically defined, whole population Bavarian Longitudinal Study of neonatal at-risk children in Germany. All infants born between January 1985 and March 1986 admitted to a children’s hospital within the first 10 days of life (n = 7505; 10.6% of all live births), and 916 healthy term control infants born in the same hospitals during the same period, who received normal postnatal care, were recruited into the study and assessed at birth and 5 months of age. At age 6 years, n = 1314 of the initial sample, stratified by sex, socioeconomic status (SES), and degree of neonatal risk, were selected for follow up [38,41]. Ethical approval was granted by the Ethics Committee of the University of Munich Children’s Hospital and the Bavarian Health Council (Landesärztekammer). Parents provided written informed consent to participate in the study within 48 h of their child’s birth. Further details of the study design can be found elsewhere [38,41].

Biological and sociodemographic variables at birth. Gestational age, birth weight, and sex were obtained from obstetric records. Family SES at birth was based on maternal and paternal education and occupational status and coded from 1 (lowest) to 6 (highest social class) [42], then reverse coded for analyses.
Parent–infant relationship. Early parent–infant relationship quality was assessed with the parent–child relationship index (PIRI) from birth to five months [43,44]. The instrument consists of eight yes/no items obtained from trained nurses’ observations and a standardized interview with the infants’ parents, assessing attachment-related parental concerns, feelings, and behaviors, with items such as: mother shows little pleasure when interacting with the child (nurse’s observation, neonatal), and mother has difficulties in establishing a relationship to the infant (mother interview, at 5 months of age). After all items were obtained, the sum of responses was calculated and recoded into one binary variable (0 = no concerns, 1 = some degree of concern). Further details of this assessment are described in Table S1 in the Supplementary Material section (see also [43]).
Social inhibition assessment. At age 6 years, children’s social inhibition in an unfamiliar setting was assessed with a standardized experimental procedure of the child’s interaction with an adult stranger [10]. The task was designed to specifically test children’s temperamental social inhibition and had high inter-rater (93–94) and retest (0.75 between ages 4 and 6 years) reliability in the original study [10]. Children and their mothers were placed in a specially equipped soundproof room without toys. The mother was seated 1.5 to 2 m away from the child and instructed to answer a written questionnaire and not actively engage with the child. When the child started to show signs of being bored (between 2 to 5 min after entering the room), an adult stranger entered with a transparent bag filled with toys, greeted child and mother, and sat down opposite of the mother about 1 m from the child. The stranger then started unpacking the bag of toys and playing with them while looking at the child every ten seconds but not actively approaching the child. If the child had not initiated nonverbal (e.g., pointing to toy and looking at stranger) or verbal (e.g., asking for toy; saying hello) contact after 180 s had passed, the stranger asked if (s)he wanted to play with the toys. The number of seconds that passed before the child initiated verbal or nonverbal contact (either before or after the stranger’s cue) was recorded with a stopwatch. Based on the distribution of responses for the healthy (i.e., not neonatally hospitalized) full-term children (Figure 1 and Figure 2), latencies of all children’s nonverbal and verbal responses to the stranger were coded into 3 social approach categories: 1 = disinhibited (response nonverbal: <180 s; verbal: <180 s), 2 = normally responsive (response nonverbal: 180–188 s; verbal: 180–227 s) and 3 = inhibited (response nonverbal: >188 s, verbal >227). This response pattern corresponded with the experimental stimulus (i.e., the stranger inviting the child to play after 180 s); thus, children were coded as not socially inhibited or disinhibited if they showed the expected developmentally-appropriate response to the social cue. Further details for the coding of this assessment are provided in Tables S2 and S3 in the Supplementary Material section.

Results of this study add to emerging evidence of a dose–response effect of low gestation on children’s social inhibition. Health care professionals can provide regular follow-up assessments of children born preterm to support screening and early identification of potential social competence problems [94]. Future interventions to improve social interaction skills should start before school entry to prevent long-term problems [95] and should emphasize the role of parents in promoting the social development of their children, especially for those born very and moderately preterm. Additionally, future studies that explore social inhibition as a developmental pathway to preterm individuals’ later psychopathology [96] and social problems [97] constitute an important direction to shed light on the mechanisms explaining preterm individuals’ long-term outcomes.

This research was funded by the German Federal Ministry of Education and Science (BMBF), grant numbers PKE24, JUG14, 01EP9504 and 01ER0801. The APC was funded by The University of Tennessee’s Office of Research and Engagement and University Libraries via the Open Publishing Support Fund (OPSF).

We thank all Bavarian Longitudinal Study group members, pediatricians, psychologists, and research nurses and those who contributed to study organization, recruitment, and data collection. We especially thank the study participants and their families. 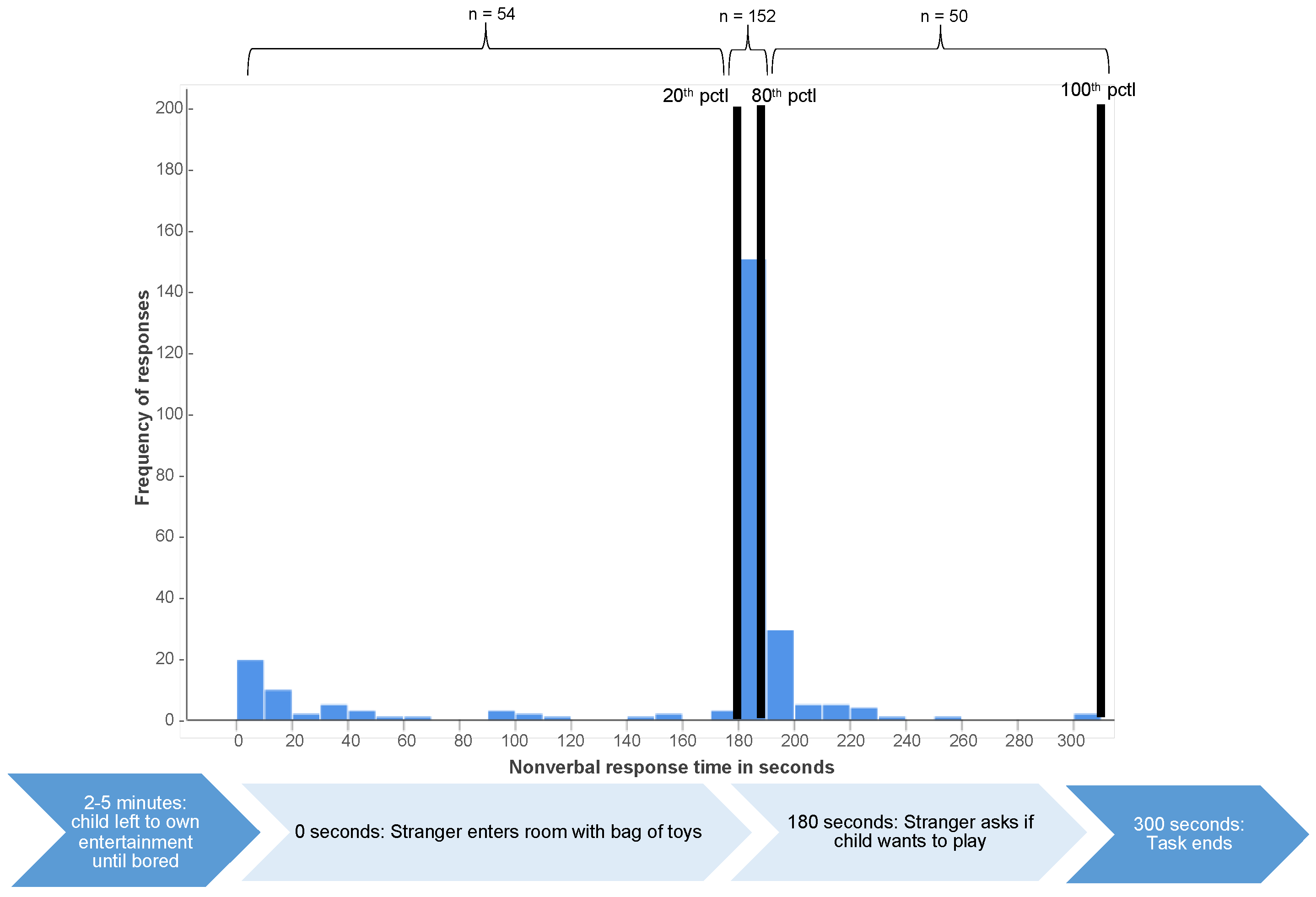