Study of the Effects of Recognition of Stress on Symptoms and Regular Hospital Visits: An Analysis from Japanese National Statistics
Next Article in Special Issue

Severe ME in Children

Validation of the Severity of Myalgic Encephalomyelitis/Chronic Fatigue Syndrome by Other Measures than History: Activity Bracelet, Cardiopulmonary Exercise Testing and a Validated Activity Questionnaire: SF-36 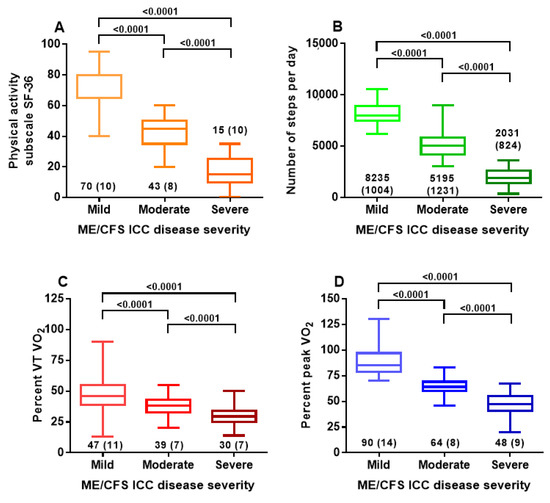