The widespread computer network has been changing drastically and substantially since blockchain and IoT entered the stage. Blockchain is good at protecting data transactions between logical nodes with a desirable guaranty. Internet of Things (IoT), on the other hand, by providing ultimate convenience to consumers, is expected to give rise to many various merits in a broad business scene. The security of IoT is still an open problem and if blockchain can reinforce IoT security, as many authors have hoped in recent papers, these newcomers appear to make a good collaboration to reinforce IoT security. However, software copes with logical nodes and IoT involves a vast number of physical nodes (IoT devices). Enabling blockchain to protect IoT cannot be brought to reality without respectively identifying logical and physical nodes. This is identical to the Proof-of-Trust problem. In this article, we propose a conceptual solution—Blockchained IoT—and show that this concept is able to be realized on-chip level using mass-produced dynamical random access memory (DRAM). We have completed the first test of longevity and temperature dependence (−40 °C to 105 °C) to confirm the necessary characteristics for the 5G base stations that are known to have an issue of self-heating. Furthermore, we have coarsely evaluated the probability of two DRAM IC chips being associated with an identical cyber-physical chip identification accidentally. Then, such a probability is minimal. View Full-Text
Keywords: blockchain; IoT; security; identification; authentication; connected devices; spoofing; cyber-attack; Proof-of-Trust; DRAM; IC chip blockchain; IoT; security; identification; authentication; connected devices; spoofing; cyber-attack; Proof-of-Trust; DRAM; IC chip
►▼ Show Figures 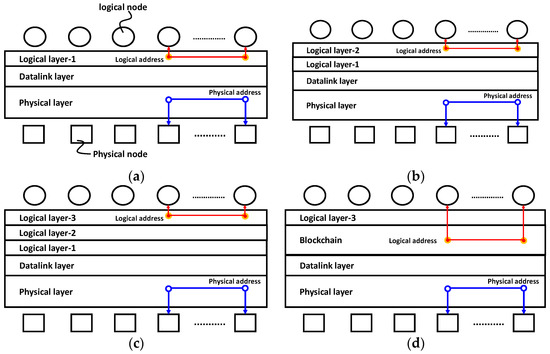