Article
Constructed Action in American Sign Language: A Look at Second Language Learners in a Second Modality
by

Eleven M2L2 (second language second modality) students, eight males and three females, were recruited from first semester ASL 1 classes. At the time of the first recording, the students were monolingual English speakers who had not studied a second spoken language. Participants ranged in age from 18 to 44 years old. Protocol for this research was approved by the National Technical Institute of the Deaf’s Institutional Review Board, according to the ethical guidelines laid out by the governing body, in accordance with the Declaration of Helsinki. Participants completed both an informed consent form and a video-release form agreeing to participate in the study and agreeing to allow researchers to share their video data for presentation, publication, and teaching purposes. Participants who did not wish to have their video data released but who gave informed consent were allowed to participate in the study. Their data was collected and used for analysis but their videos were not used for the creation of still-images or presentation of data in the public-SPHERE.
All participants completed language background questionnaires and gave self-proficiency ratings for their ASL skills. All of the participants were matriculated undergraduate students at Rochester Institute of Technology (RIT), a private university in the eastern United States. Because of the large demand for ASL courses at RIT, classes are divided into separate sections for ASL interpreting majors and for students who take ASL as a ‘foreign language.’ We restricted our analysis to students enrolled in ASL for foreign language credit and did not include ASL interpreting majors. This decision to exclude interpreting majors was made because curriculum for ASL interpreting majors and ASL foreign language students is structured differently and students are not exposed to the same content on the same timeline. Table 3 provides information for each participant, regarding testing week for session one and session two (during a 16-week semester), the time interval between testing sessions (provided in months), as well as the ASL course level in which the student was enrolled. In some cases, the student was not enrolled in ASL 2 during the second session which is also noted.

The stimuli consisted of short clips from Canary Row, a series of Sylvester and Tweety cartoons which have proven to be an effective elicitation tool for narrative retellings (McNeill 1992). Three clips were selected to elicit signed stories from first year M2L2 students. For the purposes of this analysis we focus on analyzing one of the three retellings based on a 52 s video clip from one of the three cartoon clips.

Research assistants, who were hearing ASL interpreting majors, gave the participants an informed consent sheet and described the benefits and risks of the study in English. Instructions were read aloud to participants stating, “For this part of the study, you will watch a short clip from a Sylvester and Tweety cartoon. You will sign in ASL what you saw in the cartoon clip. I will show you the clip two times before I ask you to sign the story”. Participants were then asked to retell the narrative ‘as if to a deaf friend’ (i.e., using gesture, mime, ASL or a combination). This specific direction was added so as not to make the participants feel limited in their production skills if they were not confident retelling the stories in ASL alone, and to use any semiotic device they deemed fit. Participants watched the cartoon videos on a desktop computer, set up in a private testing room with no other distractions. Participants sat in front of a monitor with a built-in webcam running was running in the background during testing to capture the student’s signing4. Upon watching the video, up to two times, the student’s then “retold” the cartoon stories using whatever semiotic devices needed to complete the task. Participants were paid for their participation in the study.

Videos were coded and analyzed using ELAN, a video annotation software program developed by researchers at the Max Planck Institute of Psycholinguistics in Nijmegen, Netherlands (Crasborn and Sloetjes 2008). Coding tiers were developed to capture observer, character viewpoint (with separate tiers for Sylvester and Tweety), and blended viewpoint. We used ELAN to track how many times each tier was marked and how long each annotation stretched across each tier. Identification of whether the discourse stretch was presented from character, observer, or blended viewpoint, was primarily based on the direction or placement of the signs in space as they corresponded with the cartoon-space stimulus in the actual cartoon. Coding was completed by two signers, a hearing research assistant who is also a fourth year interpreting major and a Deaf faculty member.
Our first hypothesis proposed that students would exhibit a common acquisition trajectory for constructed action across sessions with a general increase in the use of all types of constructed action over time. We found instead that the acquisition trajectory varied greatly across individuals and that the details of how individuals acquire constructed action constructions is more variable than previously thought. Following Ortega (2013; 2017, inter alia) we also hypothesized that students would rely heavily on their English co-speech gesture, due to the mimetic nature of the task, however this proved hard to test. As gesture and sign are conveyed in the same modality, making principled decisions as to what is a sign and what is a gesture is sometimes impossible to do in the visual modality. We discuss this problem of categorizing signs versus gestures in the discussion (Section 5).

The last twenty years American Sign Language (ASL) classes offered for credit has “risen exponentially” (Rosen 2008, p. 19) both for students enrolled in ASL classes in secondary schools and colleges and universities. In 2016, the Modern Language Association reported that although the enrollment of foreign language students declined from 2013 to 2016, ASL rose to the third most enrolled foreign language class after Spanish and French (displacing German) in the United States (Looney and Lusin 2018). In the past decade the average number of ASL 1 classes offered at Rochester Institute of Technology has risen to 10 sections per semester. This rise in the demand for ASL courses has in turn lead to a rise in the demand for standardized instructional materials which has set a trend for national standards of teaching ASL (Ashton et al. 2014). Studies such as the one reported here are just the beginning of a burgeoning new field of inquiry. As enrollment in ASL as a foreign language continue to rise, the need for understanding how adult language learners who are new to language in the visual modality acquire ASL or other signed languages will need to be explored further.
M2L2 research is in its infancy and we are still discovering what a normal acquisition trajectory looks like in this population. Some Second Language Acquisition researchers have expressed their concerns that SLA results can be messy due to variables and contributing factors that cannot be controlled for in a lab. However, it is our hope that this study will contribute to a better understanding of the second language and second modality acquisition and discuss possible directions of future work in this vein.
Our results suggest that learning constructed action is a complex linguistic skill that is not easily acquired by L2 students who are learning ASL as their second language in a second modality. We have shown that M2L2 students vary in their use and proficiency in production of character and observer viewpoint constructions over the course of two semesters of testing. Blended viewpoint constructions were not readily observed in this student population suggesting that this type of constructed action may take more time for signers to acquire. More research is needed to explore the long-term trajectory of the acquisition of constructed action, especially as it relates to the interplay between character viewpoint and blended viewpoint constructions, and how they are used in constructed actions and constructed dialogues in ASL in the domain of spatial event representations.

The authors would like to thank the NTID Department of ASL Interpreter Education, and the NTID Center on Cognition and Language for their research support. A special thank you to Peter Hauser for his guidance in development and analysis of this project. Thank you to Gerry Buckley and the NTID Office of the President for their generous support through the Scholarship Portfolio Development Initiative. We would also like to thank our research assistants (in Alphabetical Order) Carmen Bowman, Melissa Stillman, and Ian White, who all contributed their ideas to the success of the M2L2 project, and the ASL students whose participation made this research possible. 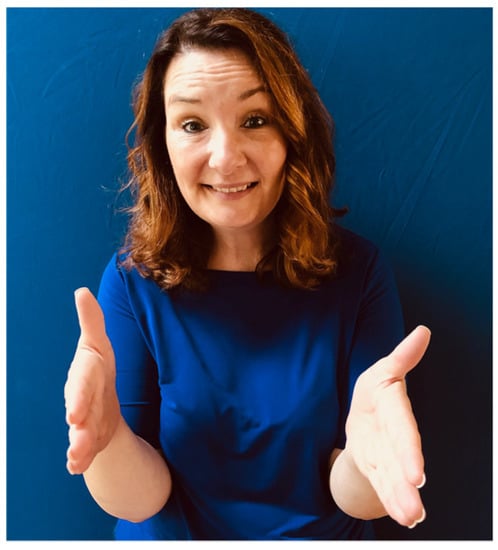 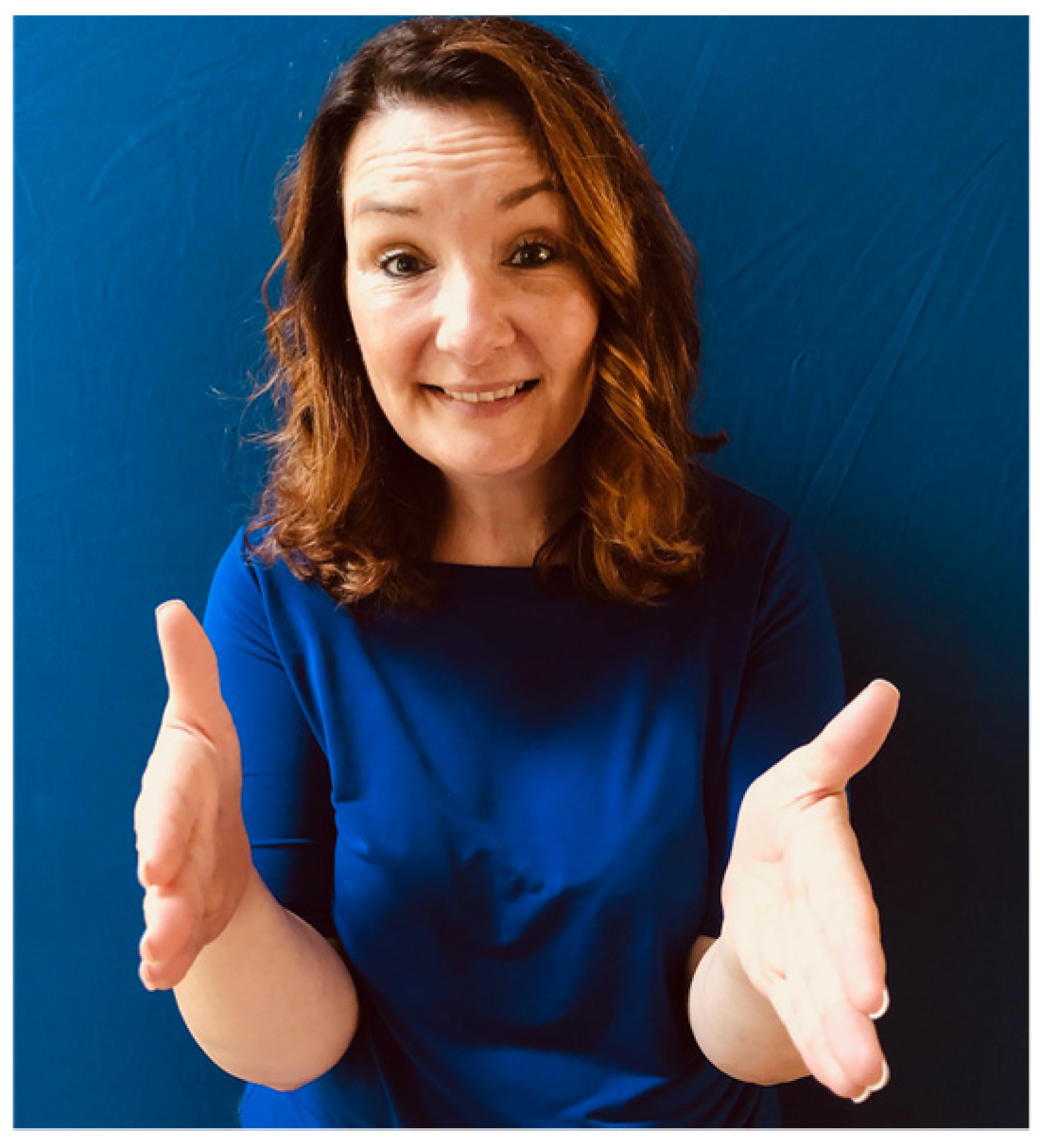 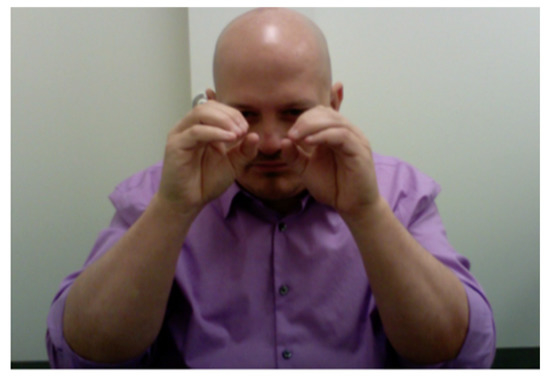 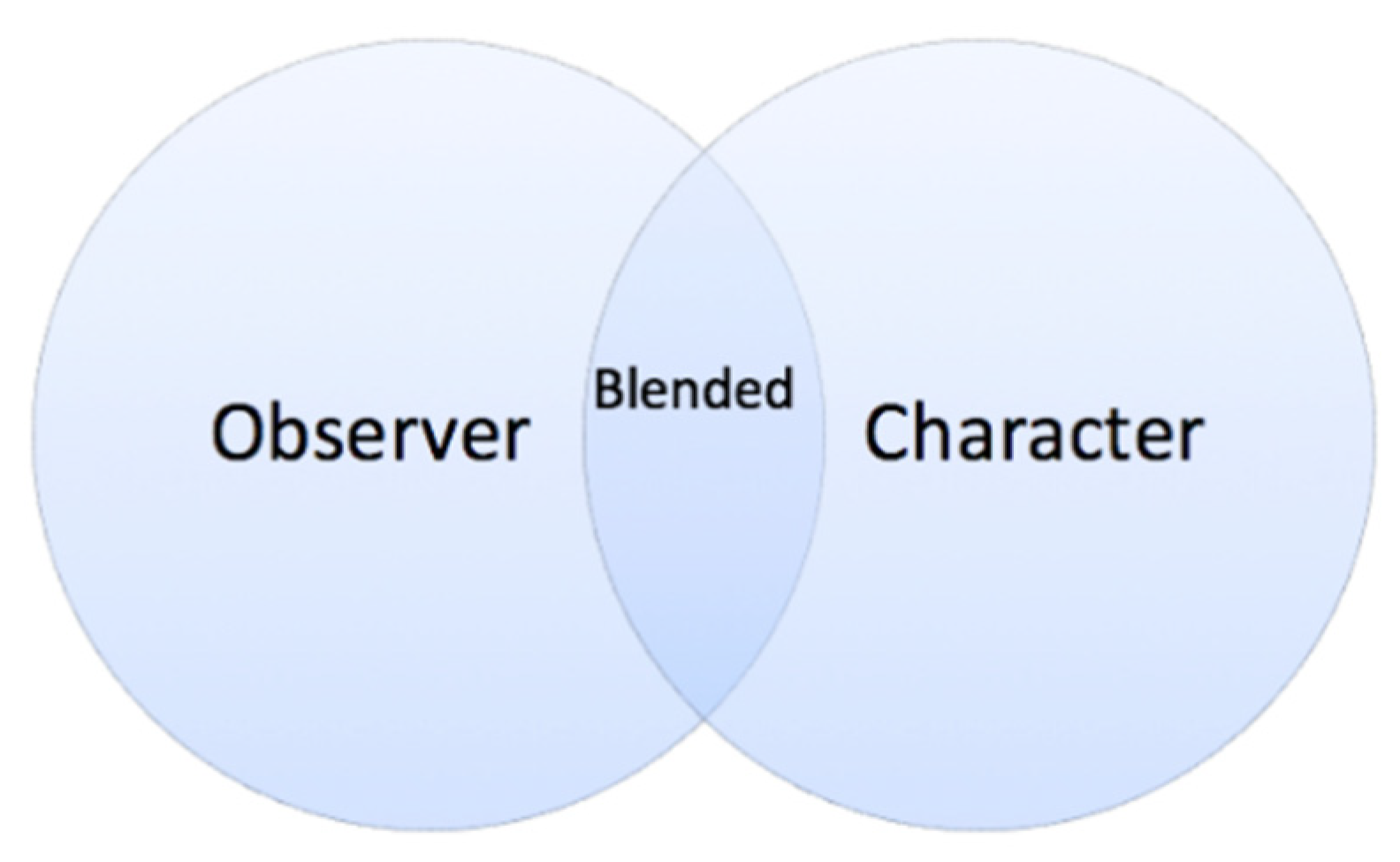 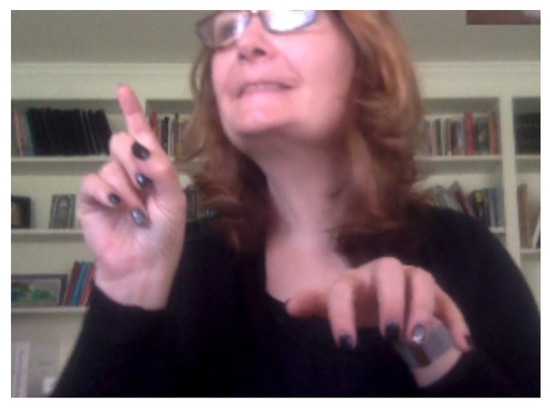 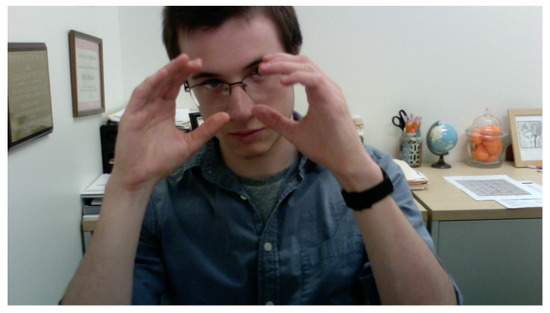