Constructed Action in American Sign Language: A Look at Second Language Learners in a Second Modality
Previous Article in Journal

The Development of Subject Position in Dutch-Dominant Heritage Speakers of Spanish: From Age 9 to Adulthood

A Study of Tenselessness in Rengma (Western)

Rengma is a Tibeto–Burman language from the Naga group (Angami–Pochuri) spoken in Northeast India. The paper is one of the first attempts in documenting the Western Rengma language, a variety of Rengma found in Karbi Anglong district, Assam. It makes attempts to study the tense, aspect and mood features present in Western Rengma in comparison to related neighbouring Tibeto-Burman (TB) languages such as Angami and Sema and thereby, seek to identify the aspect of tenselessness in this language. The study further examines the serial verb construction (SVC) as pivotal in determining time in relation to tense–aspect–mood (TAM). Throughout the paper, we observe the semantic-pragmatic features to probe the verbal features and later validate if time in Rengma is a genetic or an areal feature. View Full-Text
Keywords: Tense; aspect; mood; Rengma Tense; aspect; mood; Rengma
►▼ Show Figures 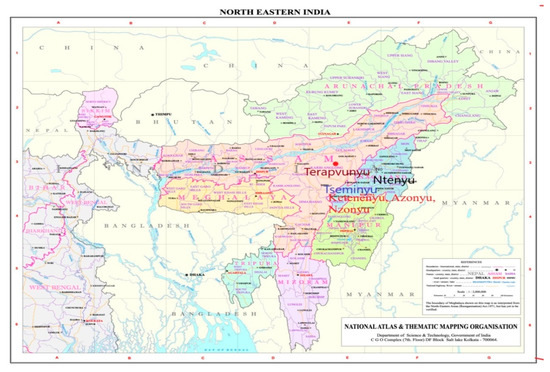