Metaphor and Metonymy in Food Idioms

A conversational implicature arises when there is a gap between the syntactically and semantically encoded meaning of a sentence and the pragmatic meaning that is inferred in an actual communicative situation. Several experimental studies have approached the processing of implicatures and examined the extent to which the derivation of the pragmatic meaning is effortful, especially in the case of generalized implicatures, where the inferred meaning seems to be the most frequent one. In this study, we present two experiments that explore the processing of scalar implicatures with algunos ‘some’ in adjacency pair contexts through an acceptability judgment task and a self-paced reading task. Our results support the claim that the access to the meaning of some as only some is context sensitive. Moreover, they also indicate that adjacency pair structure contributes to making that meaning rapidly available. View Full-Text
Keywords: generalized conversational implicatures; adjacency pair; relevance theory; sentence gestalt generalized conversational implicatures; adjacency pair; relevance theory; sentence gestalt
►▼ Show Figures 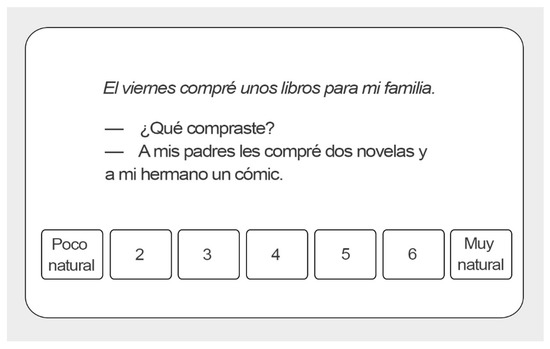