An important element of the process of aircraft certification is the demonstration of the crashworthiness of the structure in the event of an emergency landing on water, also referred to as ditching. Novel numerical simulation methods, that incorporate the interaction between fluid and structure, open up a promising way to model ditching in full scale. This study focuses on two main issues of high-fidelity ditching simulations: the development of a suitable fluid-structure coupling framework and the generation of the structural model of the aircraft. The first issue is addressed by implementing a partitioned coupling approach, which combines a finite volume hydrodynamic fluid solver as well as a finite element structural solver. The developed framework is validated by means of two ditching-like experiments, which consider the drop test of a rigid cylinder and a deformable cylindrical shell. The results of the validation studies indicate that an alternative to the standard Dirichlet-Neumann partitioning approach is needed if a strong added-mass effect is present. For the full-scale simulation of aircraft ditching, structural models become more complex and have to account for damage. Due to its high localization, the damage creates large differences in model scale and usually entails severe non-linearities in the model. To address the issue of increasing computational effort for such models, the process of developing a multi-scale model for the simulation of the failure of fuselage frames is presented. View Full-Text
Keywords: crashworthiness; multiscale damage model; ditching simulation; fluid-structure interaction; incompressible flow crashworthiness; multiscale damage model; ditching simulation; fluid-structure interaction; incompressible flow
►▼ Show Figures 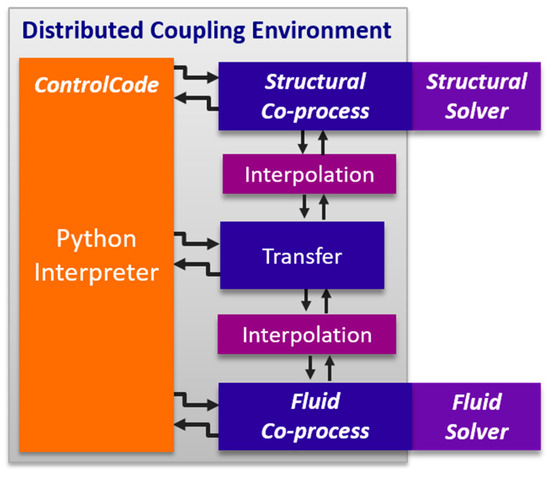