Variabilities in Rainfall Onset, Cessation and Length of Rainy Season for the Various Agro-Ecological Zones of Ghana
Previous Article in Special Issue

Heat Wave Events over Georgia Since 1961: Climatology, Changes and Severity

A previous test of global warming theory, on a local level, for Texas revealed inverse correlations between air temperature and death rates. The present study expands the test field to the continental U.S. Using an ecological design, mean daily maximum air temperature (“temperature”) in the 48 contiguous states plus the District of Columbia by year from 1968–2013 was compared to age-adjusted all-cause mortality (“deaths”) in these same jurisdictions for the same years using Pearson correlation (n = 46 years). The comparison was made for three race categories, white, black, and all races, where each category included all ages and both genders. There was 5.0 degree F range for the years studied (62.7–67.7 degrees F). Correlations were moderate strength, inverse, and statistically significant, as follows. Whites: r = −0.576, p < 0.0001; Blacks: r = −0.556, p = 0.0001; and all races: r = −0.577, p < 0.0001. These correlations are consistent with the Texas study, both of which indicated that warmer years tended to correlate with decreased death rates. A limitation to this research is its (ecological) design, but is an initial step towards further investigation. View Full-Text
Keywords: global warming; death rates global warming; death rates
►▼ Show Figures 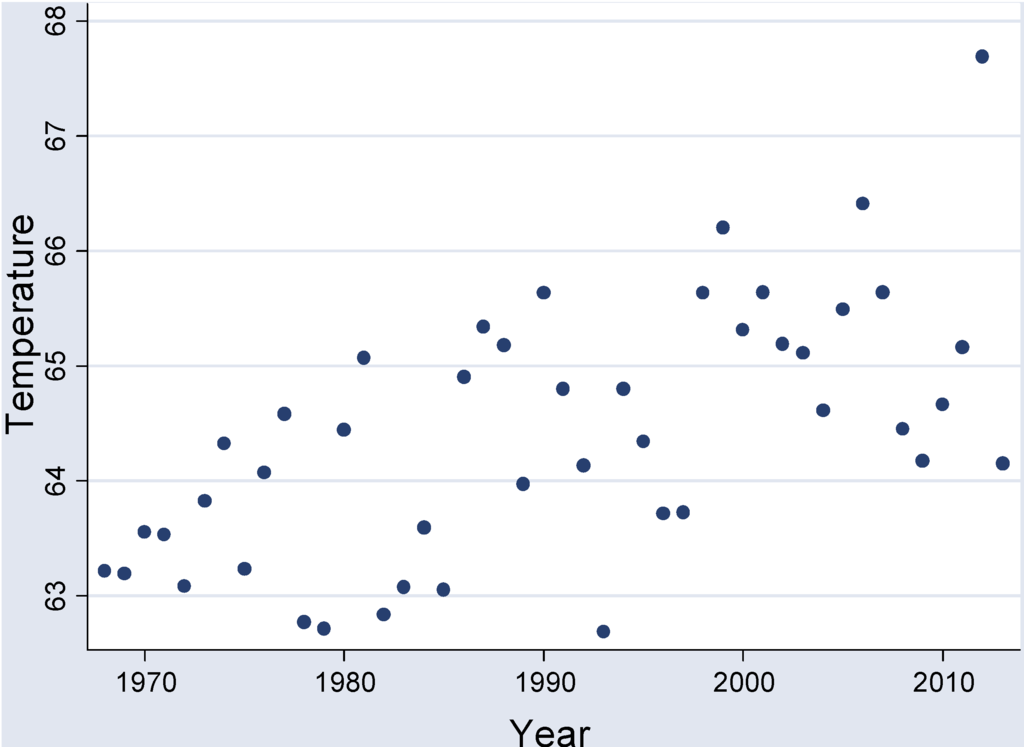