This paper presents an approach to detecting patterns in a three-dimensional context, emphasizing the role played by the local geometry of the surface model. The core of the associated algorithm is represented by the cosine similarity computed to sub-matrices of regularly gridded digital surface/canopy models. We developed an accompanying software instrument compatible with a GIS environment which allows, as inputs, locations in the surface/canopy model based on field data, pre-defined geometric shapes, or their combination. We exemplified the approach for a study case dealing with the locations of scattered trees and shrubs previously identified in the field in two study sites. We found that the variation in the pairwise similarities between the trees is better explained by the computation of slopes. Furthermore, we considered a pre-defined shape, the Mexican Hat wavelet. Its geometry is controlled by a single number, for which we found ranges of best fit between the shapes and the actual trees. Finally, a suitable combination of parameters made it possible to determine the potential locations of scattered trees. The accuracy of detection was equal to 77.9% and 89.5% in the two study sites considered. Moreover, a visual check based on orthophotomaps confirmed the reliability of the outcomes. View Full-Text
Keywords: 3D pattern; digital surface model; wavelets; canopy 3D metric; LiDAR 3D pattern; digital surface model; wavelets; canopy 3D metric; LiDAR
►▼ Show Figures 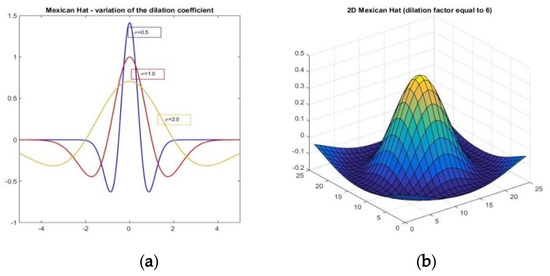