Cross-sectional childhood obesity data were downloaded from GOV.UK (https://www.gov.uk). The National Child Measurement Programme (NCMP) measures the height and weight of over one million children each year in Reception (age 4–5 years) and Year 6 (age 10–11 years) in state-maintained primary schools in England [15]. It provides trend data on the prevalence of excess weight (overweight including obesity) (NCMP 2010/11 to 2016/17) and obesity (NCMP 2008/09 to 2016/17) at the 2011 Middle Super Output Area (MSOA) level [15]. In this study, the percentage of obese children in Year 6 (age 10–11 years) (2013/14 to 2015/16) is used to represent the prevalence of childhood obesity in 2014. The Lower Layer Super Output Area (LSOA) and Middle Layer Super Output Area (MSOA) are two main categories of small area units designed to support UK demographics on the basis of UK Census Output Areas (OAs). An OA is the smallest areal unit used in the UK Census surveys, whilst LSOAs and MSOAs are composed of OAs. Specifically, an LSOA consists of typically four to six OAs and, furthermore, an MSOA consists of typically four to five LSOAs. An LSOA has a population of between 1000 and 3000 persons, whilst an MSOA has an average population of 7200. In the UK demographic statistics, OAs, LSOAs, and MSOAs represent the 1st, 2nd, and 3rd highest geography levels, respectively. There are 171,372 OAs, 32,844 LSOAs, and 6791 MSOAs within England. Figure 1 shows the MSOA-level percentage of obese children in Year 6 (age 10–11 years) across England for 2013/14 to 2015/16.
Demographic data: the Office for National Statistics (ONS) offers mid-2014 population estimates and median age estimates for both LSOAs and MSOAs in England and Wales (https://www.nomisweb.co.uk/). As the ONS has not released the mid-2014 population estimates by gender, age, or ethnicity, as well as household employment data, we use the 2011 UK Census data offered by the ONS to acquire the detailed population and household employment data at the MSOA level (https://www.nomisweb.co.uk/).
Income data: the Office for National Statistics (ONS) offers average weekly household income data in 2013/14 across England and Wales (https://www.ons.gov.uk). The small area model-based income estimates are the official estimates of weekly household income at the Middle Layer Super Output Area (MSOA) level in England and Wales for 2013/14 (the financial year ending in 2014). They are designated national statistics which are calculated using a model-based method to produce four estimates of income [16]: total (gross) weekly household income; net weekly household income; net weekly household income (equivalised) before housing costs; and net weekly household income (equivalised) after housing costs. We use the net weekly household income (equivalised) after housing costs to represent the disposable household income.

Firstly, measures of the socioeconomic characteristics are introduced. Then, how to conduct model selection and estimation is introduced.

In this study, we attempted to examine the associations of accessibility factors and the prevalence of childhood obesity after controlling for socioeconomic factors. Table 1 lists the explanatory variables used in the model. In previous studies, childhood obesity prevalence was thought to be associated with the following socioeconomic factors: population density [13], non-white ethnicity [17], unemployment level [18], household income level [19,20,21,22], and educational level [13,23]. Table 2 shows the statistical descriptions for the variables in this study. Besides, Figure 2 maps the MSOA-level spatial distribution of the explanatory variables across England. Figure 1 and Figure 2 show that spatial inequalities exist in childhood obesity prevalence, as well as socioeconomic factors (explanatory variables).

Firstly, the test for spatial dependence in regression models is presented. Then, models are estimated and compared to search for the most appropriate model.

3.2.1. Test Results for the Presence of Spatial Autocorrelation in the Residuals of an OLS Model

Subsequently, two spatial regression models were estimated according to 6791 observations (6791 MSOAs). Table 4 lists the estimation results for the regression models estimated. Despite having an Akaike information criterion (AIC) value slightly higher than that of the MESS-SAR model, the FRES-ESF model has the highest R2 value. Therefore, the FRES-ESF model appears to outperform the MESS-SAR model as well the OLS model. In addition, variance inflation factor (VIF) values for all the explanatory variables are below 10, which indicate that no serious multicollinearity exists in the models estimated. This means all the explanatory variables (predictors) are not highly correlated to each other.
We examined the associations of explanatory and responding variables. All the socioeconomic factors are statistically significantly associated with the child obesity rate. The directions of the associations of socioeconomic factors and child obesity rate in all the models are the same. Specifically, population density (PD), non-white population percentage (NW), percentage of households with dependent children not in employment (NIE), and percentage of adults without higher education qualifications (WHEQ) are all positively and significantly associated with the rate of childhood obesity over space, and average net weekly household income after housing costs (ANWHI) is negatively and significantly associated with the rate of childhood obesity over space. This indicates that local areas with high population density, low household disposable income, high unemployment, or low education level are likely to have a high childhood obesity prevalence.

By combining Figure 2, Figure 4, and Table 4, we can find that the concentration of high-obesity clusters is likely to occur in areas of lower SES. Typically, one large concentration around London and another around the southern part of the North West are likely to be areas of lower SES (e.g., higher levels of PD, NW, and NIE, as well as lower levels of ANWHI). The main concentration of low-obesity clusters around the South East is likely to be areas of higher SES (e.g., lower levels of PD, NW, and NIE, as well as higher levels of ANWHI).
In this study, the findings on associations of socioeconomic factors and childhood obesity prevalence are consistent with previous studies [13,17,18,19,20,21,22]. Specifically, childhood obesity prevalence was thought to be positively associated with population density [13], non-white ethnicity [17], and unemployment level [18], whilst it was thought to be negatively associated with household income level [20,21,22] and educational level [13,23]. High population density, non-white ethnicity, low income level, unemployment level, and low educational level indicate low SES. Previous studies indicate that children living in socioeconomically disadvantaged families or communities are more likely to be obese than other children [13,17,20,22]. This study further indicates that children living in areas with lower SES are at higher risk of obesity. This study suggests that effectively reducing spatial inequalities in socioeconomic status will play a vital role in mitigating spatial inequalities in childhood obesity prevalence.
Socioeconomic factors are theoretically thought to have an indirect impact on childhood obesity risk through influencing behavioural factors which have direct impact. Children living in families or communities with lower SES are more likely to exhibit poorer dietary behaviours and less physical activity, thereby contributing to an increase in obesity risk [21]. On the one hand, families with a lower socioeconomic position are likely to spend less on children’s health promotion through food choice and increased physical activity and to neglect health education, which can contribute to shaping daily behaviours towards a healthier lifestyle. On the other hand, communities with a lower socioeconomic position are likely to have less access to healthier food and recreational facilities [27,28], leading local children to consume less healthy food and to take part in less physical activity due to a preference for a sedentary lifestyle. Besides, population density is positively associated with the childhood obesity prevalence found in this study. This finding is consistent with previous findings on the impact of urbanisation on childhood obesity prevalence. Urbanisation leads to the spatial concentration of people adopting unhealthy lifestyles (e.g., an unhealthy diet or decreased physical activity), thereby putting residents, including adults and children, at increased risk of obesity [29].
Socioeconomic variables can affect long-term health and body weight through different causal pathways and at the individual, household and neighbourhood levels [12]. As MSOAs have been widely used to represent neighbourhood-level areas in UK studies [30,31,32], this study offers new empirical evidence on the associations of neighbourhood-level SES and childhood obesity [32,33,34]. To effectively mitigate spatial inequalities in childhood obesity prevalence across England, the government should continue to reduce inequalities in SES at the neighbourhood level. Moreover, neighbourhood-level interventions, e.g., promoting access to supermarkets, green spaces, and recreational facilities [35,36], should prioritise the areas with lower SES across England.

There are some limitations to this study. First, genetic factors which are not easily observed or measured were not considered due to the lack of relevant data. Second, some behavioural factors, such as fat and sugar intake, fruit and vegetable consumption, sleep duration, breastfeeding, and maternal smoking in pregnancy, are likely to be associated with childhood obesity level [37,38,39,40,41,42,43,44,45]. Those behavioural factors were not considered in this study due to the lack of data as well. Third, the data of NIE and WHEQ used are for 2011 and the other data are for 2014. There exists a time gap which might have had a potential influence on the model estimates.
In future research, some aspects should be considered for further study. First, we could incorporate some behavioural factors into the analysis if a country-wide health survey (e.g., the Health Survey for England) released health-related behaviour data (https://digital.nhs.uk/data-and-information/publications/statistical/health-survey-for-england/2018). For instance, the Health Survey for England interviewed thousands of households across England and covered the following topics: overweight and obesity, health-related behaviours, and so forth. Second, we could further conduct a metropolis-wide or city-wide investigation of spatial associations of socioeconomic factors and obesity prevalence to offer place-specific policy implications. Third, as this study used a cross-sectional dataset, we could attempt to use panel data accounting for temporal variations of childhood obesity prevalence once relevant data are available in the future.

We are thankful to the anonymous reviewers for their helpful comments. 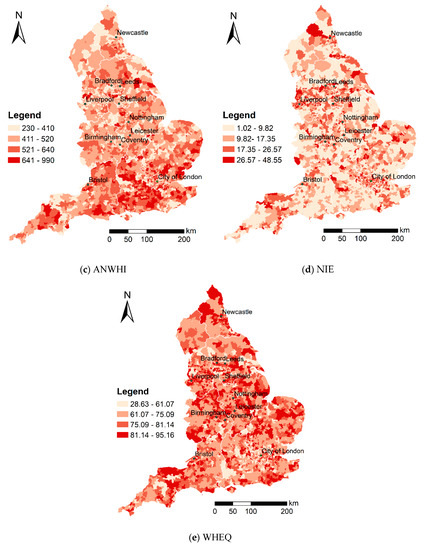 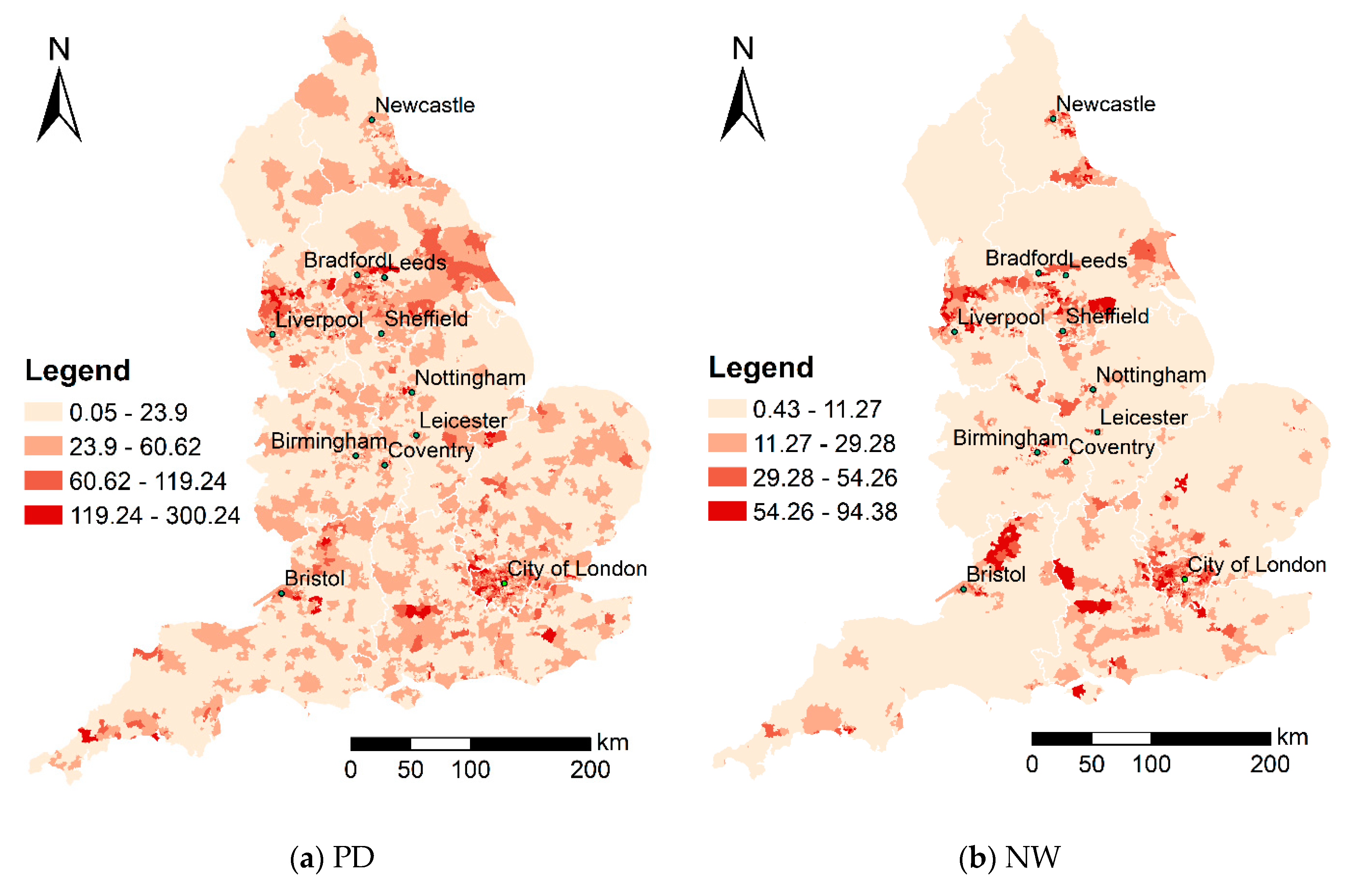 Table 4. Estimation results for the regression models estimated.
Table 4. Estimation results for the regression models estimated.
Note: “.”, “*”, and “***” mean the p-values are below 0.1, 0.05, 0.01, and 0.001, respectively.
© 2020 by the authors. Licensee MDPI, Basel, Switzerland. This article is an open access article distributed under the terms and conditions of the Creative Commons Attribution (CC BY) license (http://creativecommons.org/licenses/by/4.0/).
We use cookies on our website to ensure you get the best experience. Read more about our cookies here.
Accept
We have just recently launched a new version of our website. Help us to further improve by taking part in this short 5 minute survey here. here.
Never show this again