Polycystic ovary syndrome (PCOS) is a complex endocrine disease of fertile women, its estimated occurrence is between 5–15%. PCOS involves hyperandrogenism and ovulatory dysfunction leading to infertility or an increased rate of miscarriage. Furthermore, it is associated with a variety of other comorbidities including obesity, type 2 diabetes mellitus (T2DM), and non-alcoholic fatty liver disease (NAFLD) [1].
Besides the characteristic hyperandrogenism, vitamin D deficiency is shown to commonly be associated with PCOS [2,3]. Both vitamin D deficiency [4] and hyperandrogenism may contribute to the development of insulin resistance (IR) observed in women with PCOS, although the underlying mechanism of IR seems to be different [5]. Vitamin D deficiency also plays role in the ovarian dysfunction of these patients [6]. The beneficial effect of vitamin D supplementation in PCOS has been previously shown on insulin resistance, lipid metabolism and accumulation as well as on ovarian function, however the results of randomized controlled trials are controversial and the underlying molecular mechanisms are not fully understood [6,7,8,9].
Alteration in oxidative stress and cell death pathways are proposed to play important role in the development of PCOS [10]. Recent studies also stipulate that inadequate regulation of autophagy in ovarian and hepatic tissues may also contribute to the pathogenesis of the disease and the related insulin resistance [11]. Inhibition of autophagy pathways as potential underlying mechanisms in skeletal muscle IR was described in an animal model of PCOS [12]. Another study reported the attenuating effect of vitamin D on cardiac abnormalities in a PCOS model by normalizing autophagy function in cardiomyocytes [13]. However, it has not been thoroughly investigated how vitamin D deficiency may alter hepatic and ovarian autophagy in PCOS.
In the present study, we aimed to examine the effect of vitamin D supplementation on insulin receptor signaling, autophagosomal turnover and nitrative stress in the liver and the ovaries in a vitamin D deficient hyperandrogenic rat model of PCOS.

3.1. Chracteristics of PCOS in Our Model

3.2. Alterations of Insulin Receptor Signaling and Autophagy in the Liver

3.3. Alterations of Insulin Receptor Signaling and Autophagy in the Ovaries

We detected a significantly increased p-Akt/Akt and p-eNOS/eNOS ratio in the ovarian samples of vitamin D deficient hyperandrogenic animals. Vitamin D supplementation prevented the elevation of p-Akt/Akt ratio, but not the p-eNOS/eNOS ratio. Vitamin D deficiency itself had no effect on these parameters (Figure 3A,B). Having examined the total area of the ovaries, we found no difference between study groups in insulin receptor beta (IRβ) immunostaining. Literature suggests difference in IRβ staining of follicles when in various stages of maturation [21]. According to our results, in the primordial, primary and secondary follicles, there was no difference in IRβ positivity. On the other hand, among the large antral follicles, there was a significantly decreased IRβ immunostaining in all experimental groups (D–T–, D+T+, D–T+) compared to sham treated controls (D+T–) (Figure 3C). The ratio of p-S6/S6 and the level of LC3 II was not influenced by either treatment (Figure 3D,E).

3.4. Nitrative Stress in the Liver and in the Ovaries

3.5. Changes of Vitamin D Receptor Immunostaining in the Liver and the Ovaries

Altered insulin signaling and autophagosomal turnover in connection with nitrative stress was found in the liver and ovarian tissues of our rat model of PCOS (Figure 6). Combined hyperandrogenism and vitamin D deficiency led to decreased autophagy in the liver and altered insulin signaling in the ovaries. Vitamin D supplementation could prevent the increase in Akt phosphorylation in the ovaries that may contribute to the beneficial effect of vitamin D treatment on ovarian function. However, it could not reverse the other adverse effects observed in the double challenged group. On the other hand, vitamin D deficiency itself led to disrupted ovarian maturation and autophagy malfunction in the liver. Autophagy might be a key component in cellular changes induced by hyperandrogenism or vitamin D deficiency that plays role in the development of NAFLD in PCOS patients.

The study was supported by the Hungarian National Research, Development and Innovation Office (OTKA-PD 113022) and the Higher Education Institutional Excellence Program of the Ministry of Human Capacities in Hungary, within the framework of the Therapeutic development thematic program of the Semmelweis University. Zoltan Giricz held a ‘János Bolyai Fellowship’ from the Hungarian Academy of Sciences (awarded in 2013 and 2017). Project no. NVKP_16-12016-0017 (National Heart Program) has been implemented with the support provided from the National Research, Development and Innovation Fund of Hungary, financed under the NVKP_16 funding scheme. The funding sources had no involvement in the study design; in the collection, analysis and interpretation of data; in the writing of the report; or in the decision to submit the article for publication. 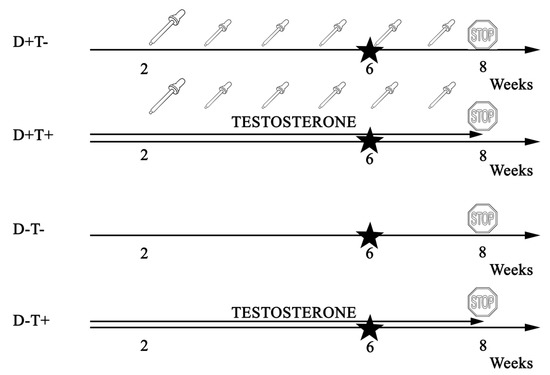 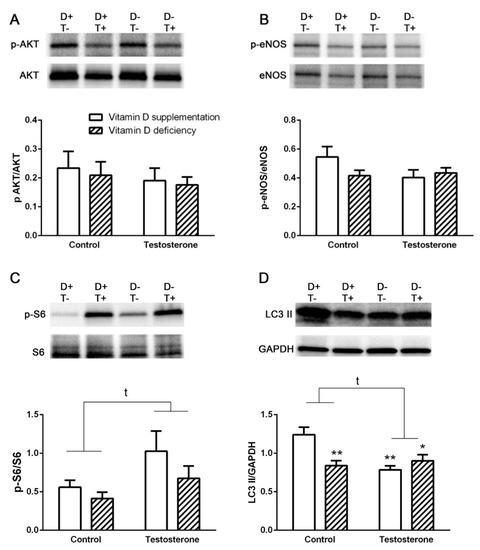 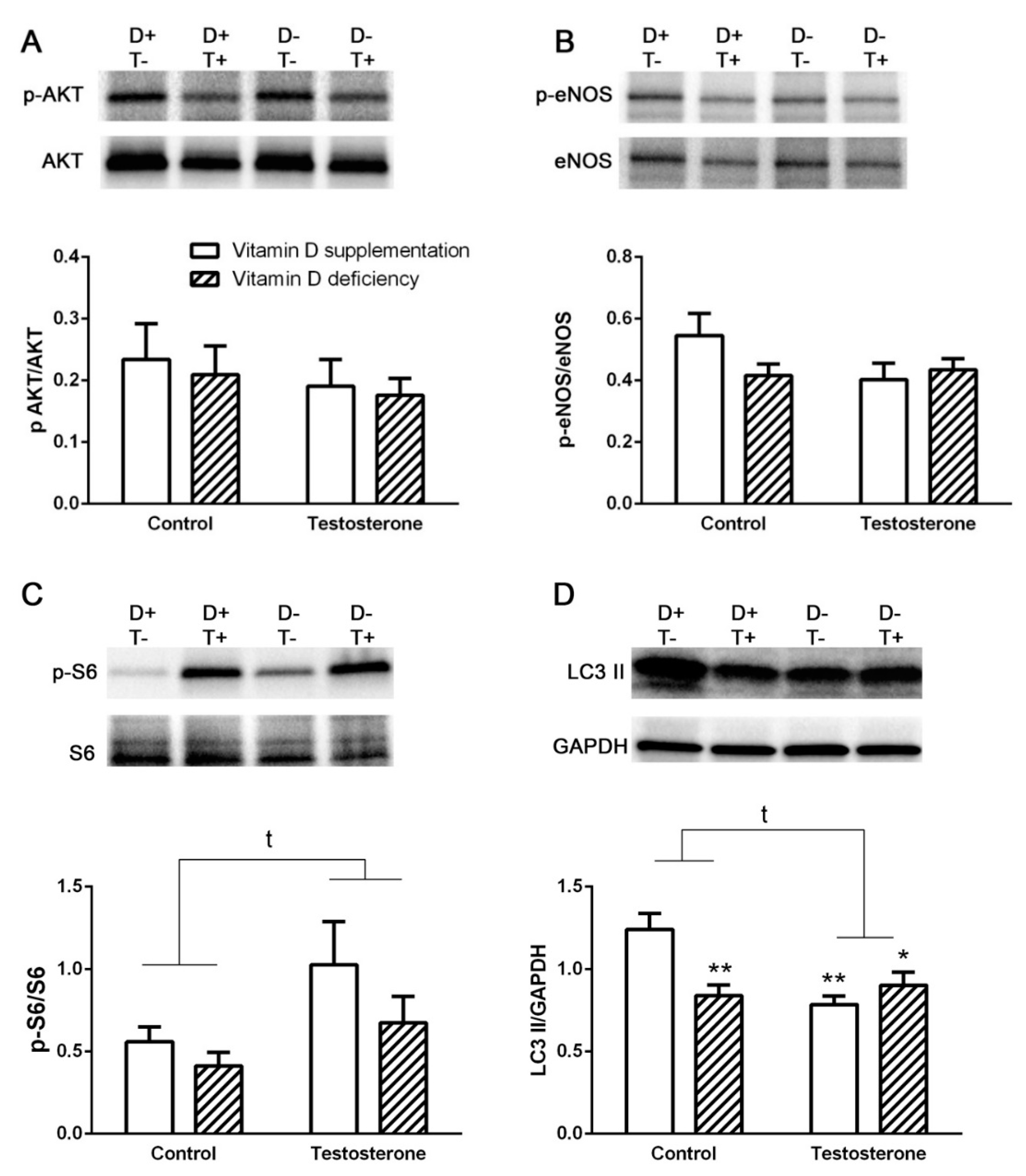 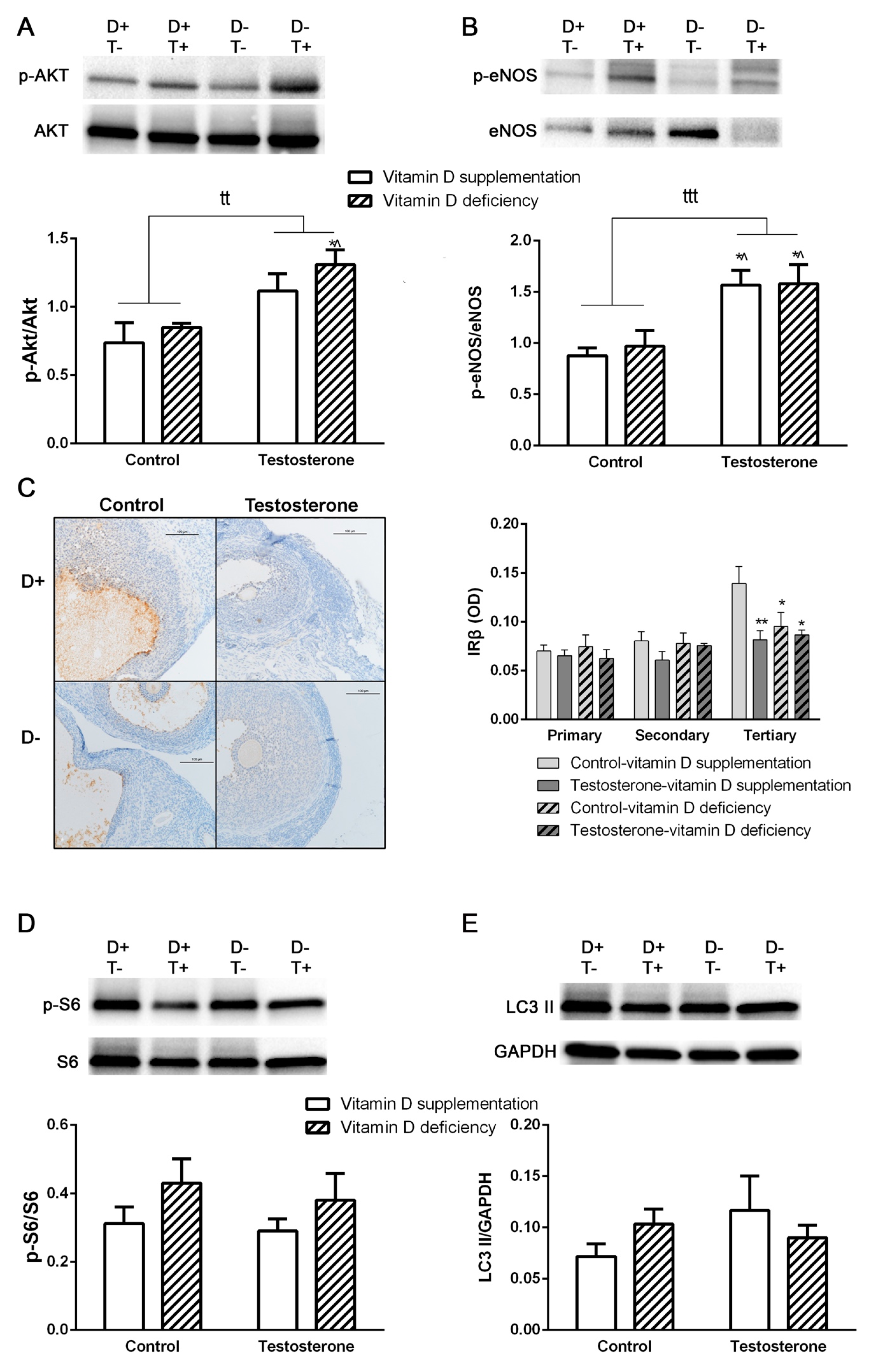 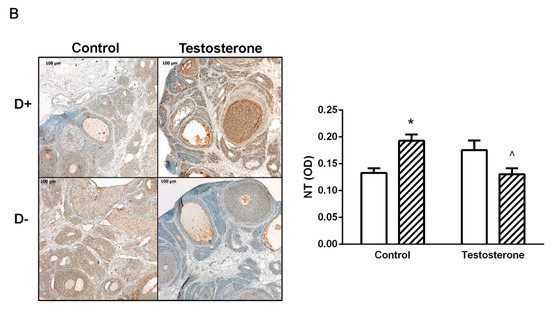 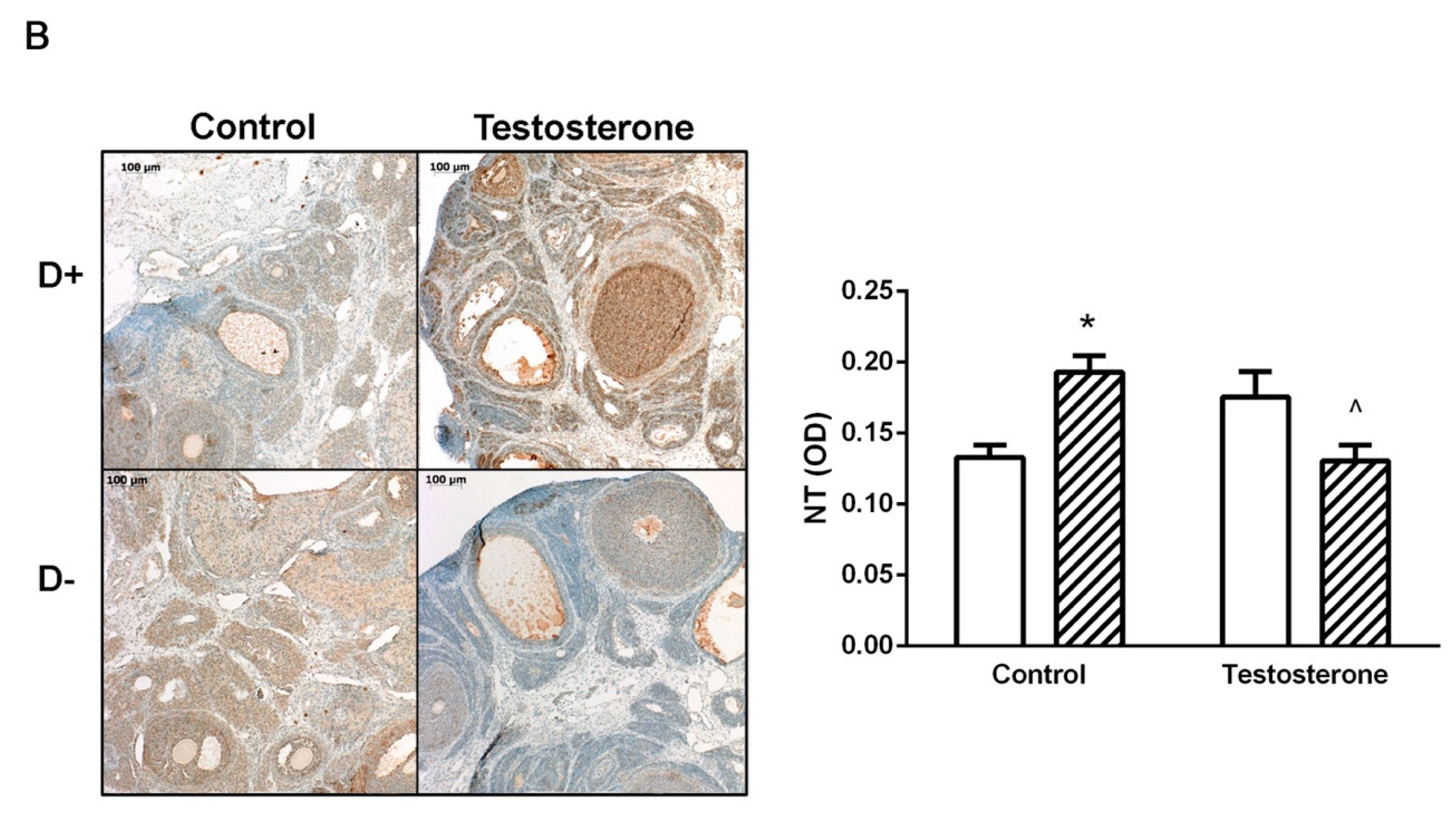 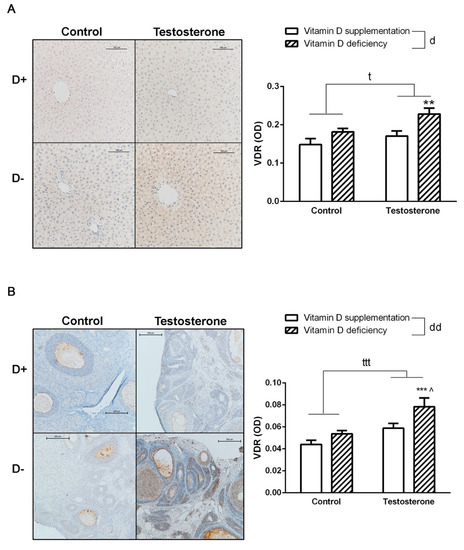 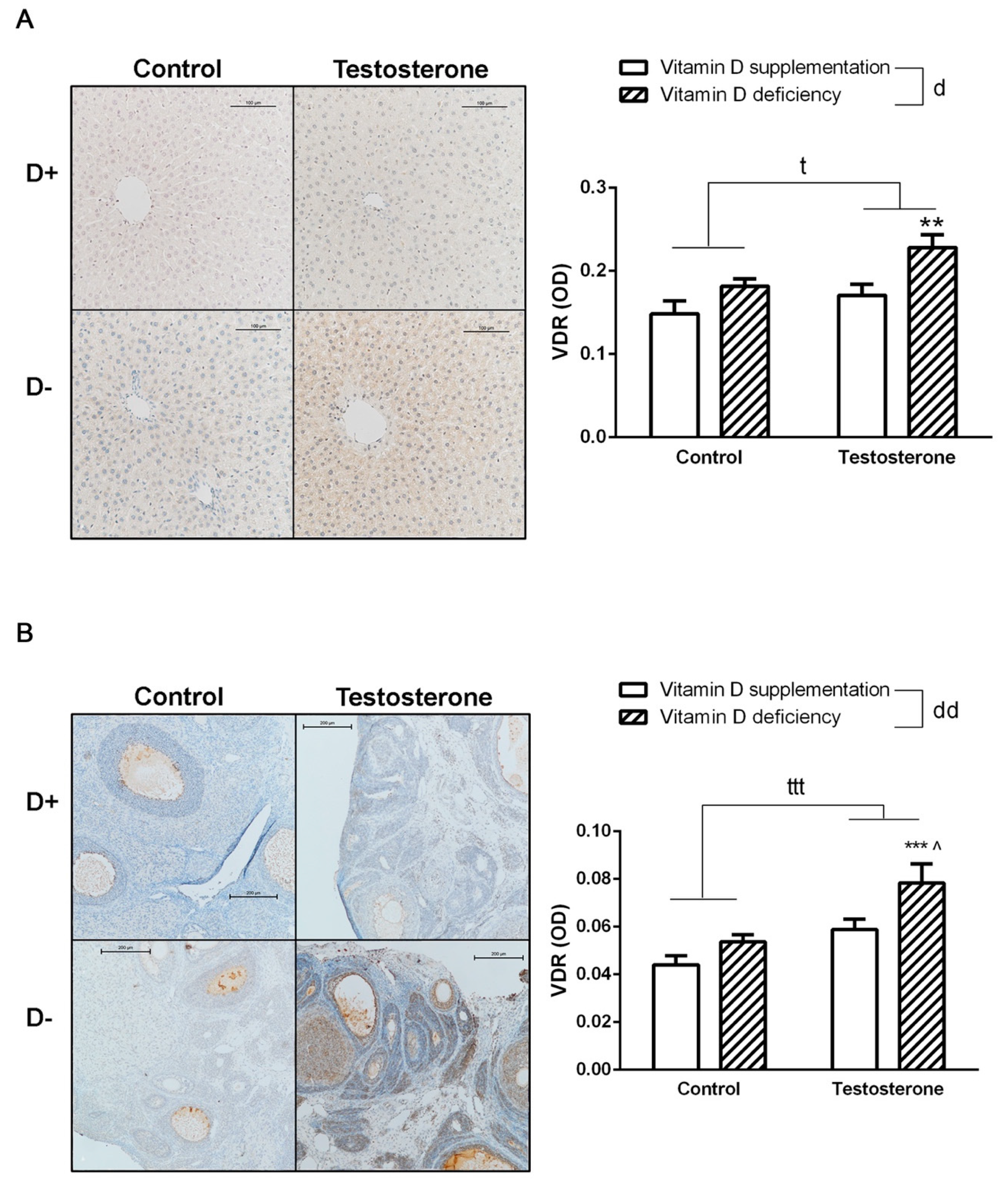