:
This work presents an energy efficient technique for fabricating flexible thermoelectric generators while using printable ink. We have fabricated thermoelectric composite thick films using two different mesh sizes of n-type bismuth particles, various binder to thermoelectric material weight ratios, and two different pressures, 200 MPa and 300 MPa, in order to optimize the thermoelectric properties of the composite films. The use of chitosan dissolved in dimethylsulfoxide with less than 0.2 wt. % of chitosan, the first time chitosan has been used in this process, was sufficient for fabricating TE inks and composite films. Low temperature curing processes, along with uniaxial pressure, were used to evaporate the solvent from the drop-casted inks. This combination reduced the temperature needed compared to traditional curing processes while simultaneously increasing the packing density of the film by removing the pores and voids in the chitosan-bismuth composite film. Microstructural analysis of the composite films reveals low amounts of voids and pores when pressed at sufficiently high pressures. The highest performing composite film was obtained with the weight ratio of 1:2000 binder to bismuth, 100-mesh particle size, and 300 MPa of pressure. The best performing bismuth chitosan composite film that was pressed at 300 MPa had a power factor of 4009 ± 391 μW/m K2 with high electrical conductivity of 7337 ± 522 S/cm. The measured thermal conductivity of this same sample was 4.4 ± 0.8 W/m K and the corresponding figure of merit was 0.27 at room temperature.
Keywords:
composite thermoelectric film; bismuth; mechanical pressure; chitosan

Commercially available 100-mesh bismuth particles (Santech Inc., China) and 200-mesh bismuth particles (Fisher scientific) were used as the TE material without further purification and grinding. Chitosan (MP Biomedicals, LLC) and dimethyl sulfoxide (DMSO, 99.7+%, extra dry, ACROS Organics) were purchased and used as received. In order to synthesize the chitosan binder, 98.4 mg of salicylic acid particle (Fisher scientific, >99%) was added to 15 mL of DMSO and then mixed with a vortex mixer until the salicylic acid particles were completely dissolved. For the thicker chitosan binder, 150 mg of chitosan powder was added to the DMSO blend, and, for the light chitosan binder, 50 mg of chitosan powder was added to the DMSO blend. While using a vortex mixer, agglomerated chitosan was dispersed, and, for complete dissolution, the binder solution was placed on a hot plate with magnetic stirring at 75 °C and 300 rpm overnight. Four different weight ratios of binder to TE particles, 1:500, 1:1000, 1:2000, and 1:5000, were synthesized. For the 1:5000 ratio ink, an additional amount of DMSO was added to attain the proper viscosity to drop cast the film. Inks were mixed using a vortex mixer for one minute and then sonicated in an ultrasonic bath for 30 min in order to achieve homogeneity.
Chitosan coated Kevlar (Fiber Glast Development Corp., KEVLAR® Plain Weave Fabric) was chosen as the substrate. Chitosan coatings that are made the Kevlar attain a more uniform surface, as described in previous work [28]. Mixtures of 0.1 M of acetic acid (Fisher Chemical, ≥99.7 w/w %) and 150 mg of chitosan were added to 15 mL of deionized (DI) water and then magnetically stirred on a hot plate as before to obtain diluted chitosan. The diluted chitosan was applied to the kevlar substrates and the coated substrates were dried overnight. The TE films were made by drop casting the homogeneous inks on a chitosan coated kevlar substrate and the diameters of the deposited TE inks were approximately 5 mm. The deposited inks were cured at 120 °C for 10 min in an oven until solvent evaporation was complete. After the drying of the inks, external pressures (200 and 300 MPa) were applied to the cured films. A hydraulic press (MTI corp., YLJ-CSP-30) applied pressure to the films for five minutes. The applied pressure was calibrated and determined in a previous work from our research group [28]. A polyethylene film was placed on top of the TE films to protect the TE films during the pressing.
A Hall Effect measurement system (ECOPIA, HMS-5500) was employed in order to measure the electrical conductivity and charge carrier concentration. Multiple TE films were fabricated from each TE ink and measured TE properties to reduce the error. The average of all the results was used and all of the measurements were performed in ambient air. Prior to electrical conductivity measuring, a vernier caliper (Mityutoyo, 293-340-30) was used to measure the thickness of the sample. The TE films thickness (200~300 μm) was obtained by calculating the difference between substrate thickness (250 μm) and whole thickness (450~550 μm). A custom-built Seebeck measurement setup was used to measure the Seebeck coefficient. Two peltiers were used to generate temperature differences (0 K, 2 K, 4 K, and 6 K) across the sample by applying various voltages (0 V, 0.7 V, 1.4 V, and 2.1 V) to the peltiers. Each stage was given 65 s to stabilize the temperature between the peltiers and the TE films. A gold tip probe and a thermocouple were used on each of the ends of the sample in order to measure the voltage differences (ΔV) and the temperature differences (ΔT), respectively, across the sample. Multiple measurements (50 times at each different temperature stage) of both voltages and temperatures were recorded to minimize the error. The Seebeck coefficient was then calculated as the slope of the ΔT (x-axis) and ΔV (y-axis) straight line.
The scanning electron microscope (SEM) images of bismuth chitosan composite films were taken while using Nova NanoSEM 450. Particle size analysis was performed using scanning electron microscope (SEM) Nova NanoSEM 450 and ImageJ program. Bismuth particles of specific mesh were sprinkled on carbon tape. SEM images were taken at 500µ resolution to prepare samples for particle-size analysis. Image processing program ImageJ was used to analyze the number of particles of different sizes for different mesh Bi particles. The menu “Analyze particles” was used to count the number of the particles by different particle sizes. The density of the TE films was calculated with the measured films’ weight and volume. TE film’s weight was measured with a balance (SARTORIUS, TE214S Analytical Balance) and the volume was measured with a three-dimensional (3D) laser scanning microscope (KEYENCE, VX-X1000). The densities of the films were calculated by dividing the measured weight with the measured volume.
Thermal conductivity measurements were performed using the optical pump-probe technique steady-state thermoreflectance, described in detail below in Section 3.8 [37].

We also performed density measurement on TE composite films of 1:2000 (weight ratio binder to 100-mesh Bi) at 200 MPa. The measured density of this TE composite film was 9.5 g/cm2 and the reported density of bulk bismuth is 9.78 g/cm2. Our composite film values are comparable to bulk Bi values, again confirming that particles were packed very well and resulted in bulk like structure and that led to high electrical conductivity [36].

We successfully fabricated chitosan-bismuth composite films with high ZT. The chitosan was a novel and excellent binder for the TE ink and the small amount of chitosan binder provided sufficient adhesive strength for the TE particles. The external applied pressure not only coalesced the bismuth particles well, but also eliminated the need for a high-energy intensive curing process. The chitosan-bismuth composite films were fabricated with a relatively low temperature of 120~130 °C, shorter annealing time as compared to existing methods, and pressures of 200~300 MPa. Pressing on relatively ductile bismuth material coalesced the bismuth particles to each other well, which provide the chitosan-bismuth composite films a high electrical conductivity. Therefore, since Bi is a ductile material, both 100-mesh and 200-mesh Bi-chitosan TE composite films have comparable thermoelectric properties at 300 MPa applied pressure. These properties are similar to bulk Bi material. In other words, we can say that particle size has no significant effect on the thermoelectric properties of ductile Bi chitosan composite films. The highest performing composite film was obtained with the conditions of 1:2000 binder to 100-mesh bismuth weight ratio and 300 MPa of applied pressure. The values of electrical conductivity, Seebeck coefficient, and power factor that were achieved from this study were comparable to the value of bulk bismuth. However, the thermal conductivity was about half of the bulk material. Therefore, the figure of merit of 0.27 was obtained from the chitosan-bismuth composite films, which is higher than the ZT value of bulk bismuth of 0.16.

The author thanks the University of Maryland, Baltimore County for supporting this research from startup fund. Authors would also like to thank Erin Lavik for letting us use Keyence microscope in their lab for density measurements. 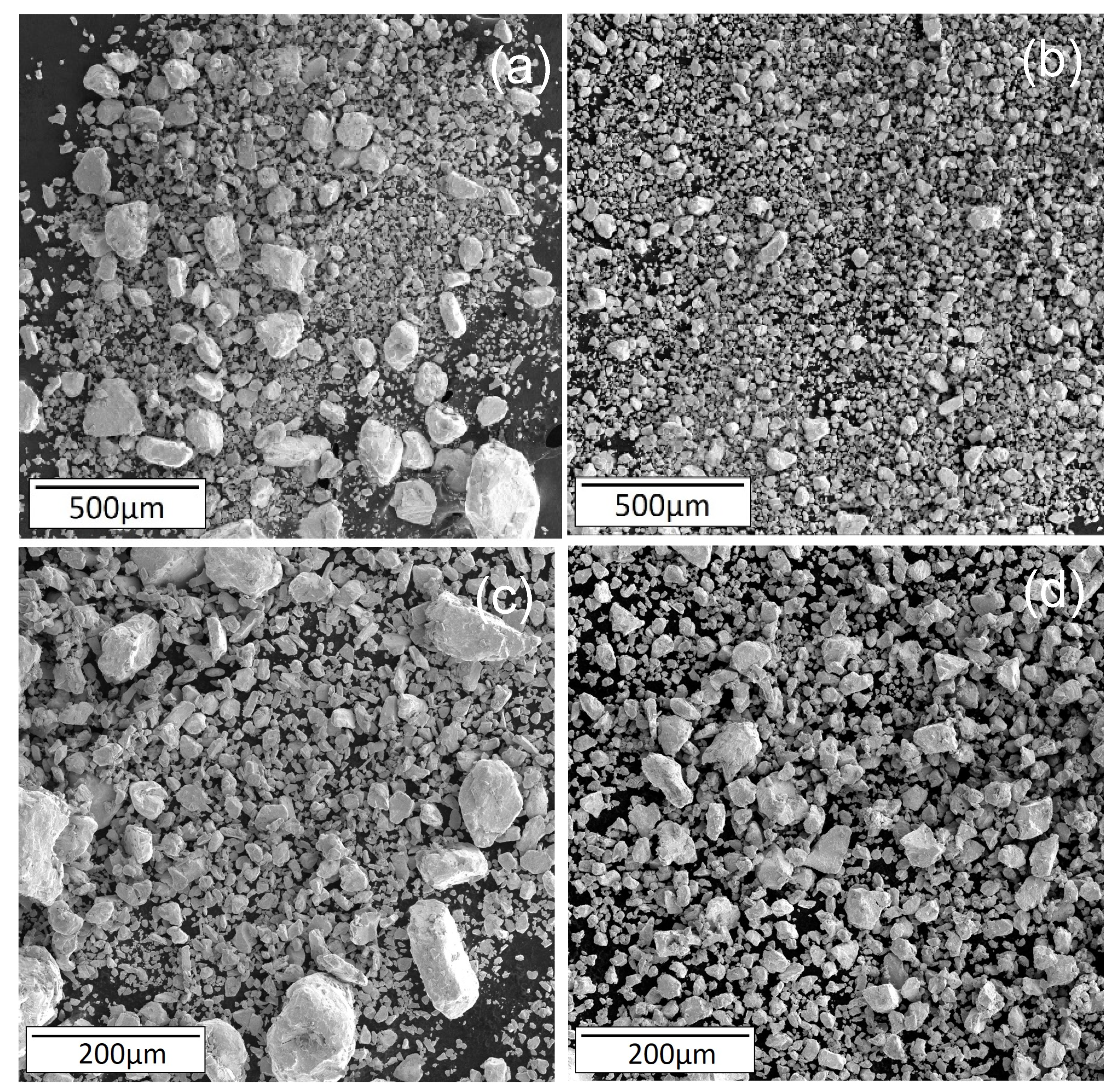