Background: The sense of smell has been recently recognized as one of the most important sensory features in the human being, representing a reliable biomarker for a number of clinical conditions. The relationship between olfactory function and the person’s attitude towards food has frequently been investigated, often using questionnaires. The administration of minimally invasive methods for characterizing autonomic nervous system (ANS) functionality could help in objectivizing such measurements. Methods: The present study assessed ANS activation through the analysis of the electrocardiogram (ECG) and galvanic skin response (GSR) signals, in response to olfactory stimuli using non-invasive wearable devices. The ANS activation was also studied with respect to the odor familiarity, as well as with other olfactory and food dimensions (e.g., odor identification, odor pleasantness, food neophobia). Results: We demonstrated a significant activation of the ANS, in particular of its sympathetic branch, during the olfactory stimulation, with the ECG signal seen as more sensitive to detect ANS response to moderate olfactory stimuli rather than the GSR. Conclusions: When applied to a greater number of subjects, or to specific groups of patients, this methodology could represent a promising, reliable addition to diagnostic methods currently used in clinical settings. View Full-Text
Keywords: autonomic nervous system; ECG; olfaction; food; galvanic skin response; wearable sensors autonomic nervous system; ECG; olfaction; food; galvanic skin response; wearable sensors
►▼ Show Figures 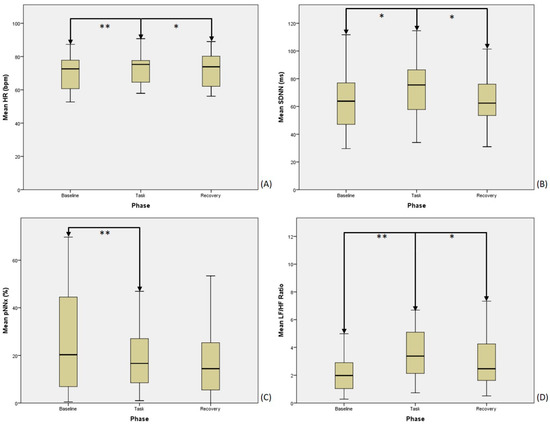