Energy storage systems can support the diffusion of renewable energy sources for both off-grid and grid-tied applications, and can offer ancillary services for the distribution grid such as frequency regulation, spinning reserve and voltage control, potentially aiding the actual transition to the smart grid of the future. For these reasons, energy storage systems, and in particular battery-based storage systems, are increasingly gaining attention nowadays at the grid-scale level, but also at the commercial and residential level. Moreover, we are in a phase in which electric vehicles [1,2,3] and electric vehicles [4] diffusion is rapidly increasing, and first pilot projects in which batteries of electric vehicles are also used to inject energy into the grid when necessary (vehicle-to-grid, V2G applications) are being implemented world-wide [5,6,7,8,9,10,11,12]. In this scenario, smart battery management strategies will be required to control effectively the complex bidirectional energy flow between the distribution grid and the customers arising from a large deployment of storage systems. These strategies will have to take into account several important aspects, such as the energy efficiency of the whole storage chain. Indeed, the energy efficiency of the battery-based storage system, i.e., the overall efficiency of both batteries and inverters composing the system, plays a fundamental role in order to keep energy losses as small as possible during the energy transfer processes. In some papers dealing with charging/discharging strategies for batteries, non-unitary charging/discharging efficiency coefficients were considered, but they were assumed as constant values independent on the charging/discharging rate used to charge/discharge the batteries [5,6,7,8]. However, the charging/discharging efficiency of a battery strongly depends on the charging/discharging rate used [13,14,15,16]. Moreover, also the inverter efficiency typically depends on the delivered power level [17,18,19].
This work aims at demonstrating the importance of taking into account the dependence of the efficiency on the output power of batteries and inverters when defining management strategies for battery-based storage systems interfaced with the distribution grid.
The rest of the paper is organized as follows: In Section 2, the typical dependence of the efficiency on the output power of a battery/inverter system is analyzed; in Section 3 an optimal management strategy is proposed and analyzed in MATLAB for a distributed energy storage system used for grid flexibility services; in Section 4 an optimal management strategy is presented and tested thanks to a Hardware-in-the-Loop platform for a grid-connected PV plant equipped with a commercial energy storage system; finally conclusions are drawn.

The proposed strategy was also analyzed on a commercial energy storage system for a grid-connected PV system, composed by:
The system was tested thanks to the Hardware-in-the-Loop platform reported in Figure 6, comprising:
The system was managed according to two different strategies:
Tests were carried out by comparing traditional and ME strategies in two different scenarios:
Figure 7 shows the charging/discharging profiles for the storage system in the two scenarios.
As shown in the figure:
As reported in Table 1, the efficiency optimization allowed by the ME strategy results in energy savings in both charging and discharging phases, whose amounts depend on the scenarios considered and therefore on both PV production and load profiles.
In particular, it appears that:

This paper proposes an efficient management strategy for battery-based storage systems interfaced to the distribution grid. This strategy allows optimizing the overall efficiency of storage systems taking into account the dependence of the energy efficiency on the charging/discharging power of both the battery and the power conversion section of the storage system.
The performances of the proposed strategy are analyzed for both distributed energy storage systems used to perform grid services and for renewable energy plants.
For distributed energy storage, a theoretical analysis based on the MATLAB simulation shows how the proposed strategy can allow a significant improvement of the overall system efficiency with respect to traditional strategies which are not aimed at the efficiency optimization, that fix the output power of each battery/inverter subsystem by distributing equally between them the amount of power required to satisfy a given grid power request.
Experimental results for commercial energy storage systems coupled with renewable sources prove also the effectiveness of the proposed strategy in increasing the roundtrip storage efficiency with respect to traditional approaches which define battery charging/discharging profiles just taking into account PV production and load profiles and neglecting the impact of energy efficiency on the overall system performance.
Real hardware tests carried out for a small-scale prototype allow to evaluate an up to 15.5% roundtrip efficiency increase, which can be obviously scaled on a larger scale for distributed energy storage systems.
The analysis performed gives useful well-founded guidelines for the development of smart management strategies for energy storage systems, as well as for next-generation inverters and smart grid management systems. 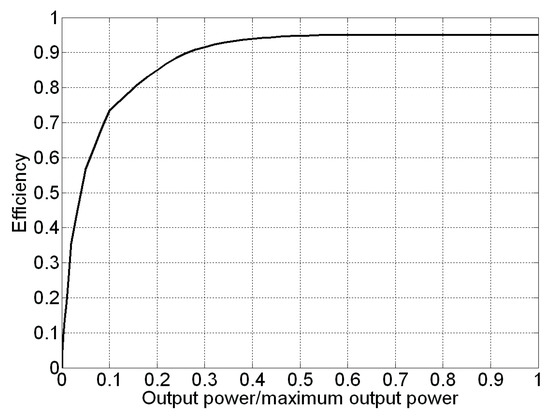 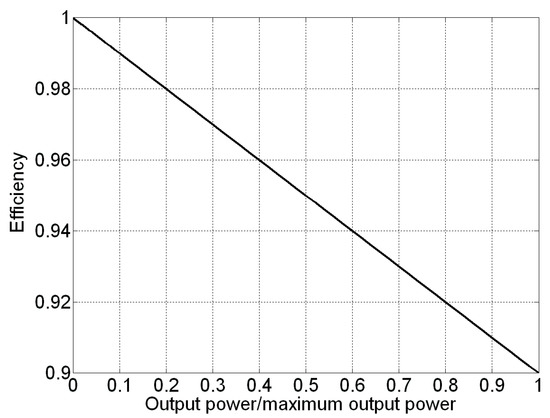 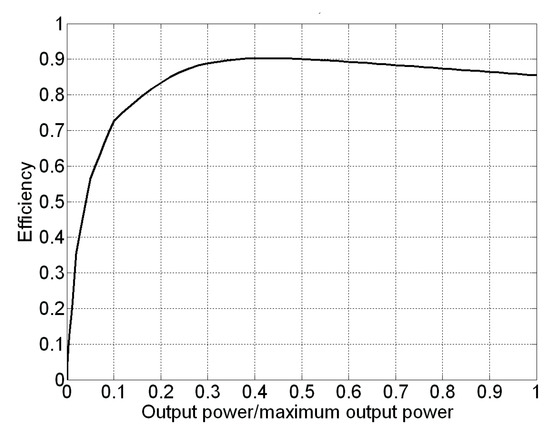 Table 1. Efficiency optimization allowed by the ME strategy.
Table 1. Efficiency optimization allowed by the ME strategy.
© 2019 by the authors. Licensee MDPI, Basel, Switzerland. This article is an open access article distributed under the terms and conditions of the Creative Commons Attribution (CC BY) license (http://creativecommons.org/licenses/by/4.0/).
We use cookies on our website to ensure you get the best experience. Read more about our cookies here.
Accept
We have just recently launched a new version of our website. Help us to further improve by taking part in this short 5 minute survey here. here.
Never show this again