Use of Machine Learning in Air Pollution Research: A Bibliographic Perspective

McCulloch-Pitts neurons is a model to simulate the biological nervous system. In this model, the activation states of all other neurons are transmitted to the neuron via their own synapse, and these synapses are given strengths, called weights [26]. The strength of the synapse affects the strength of the signal, so the input is multiplied with the weight of the synapse. When all the signals reach the neuron, they are summed up to see if the sum is larger than a threshold. When the sum is truly larger than the threshold, called bias, the neuron is activated [27]. This means that McCulloch-Pitts position of whatever it is activated or not, works by the following equation, while n means the number of input, y = 1 means the neuron is activated, and vice versa: in this formula, means the weight of the input , and b means the bias in the concept of the McCulloch-Pitts neuron.
Perceptron is a typical structure in the artificial neural system, it has a simple structure but can solve problems with a convergence algorithm, and it is also proved mathematically, which can be simply explained as a combination of several McCulloch-Pitts neurons [28]. The perceptron model has improved ober time; Many-Layer Perceptron and Support Vector Machines came into the solution of most questions, they are also the advanced method for biological questions [29]. With supporting its structure, it becomes possible to solve the multi-input problems, the Figure 1 shows how McCulloch-Pitts Neuron and perceptron work. For the details of the figure, Figure 1a is the original McCulloch-Pitts Neuron model, which is a single neuron that can sum the input by their weights and calculate the output by their bias. In Figure 1b, there is a single layer perceptorn, which consists of several McCulloch-Pitts Neurons in order to solve some questions that are more complex. The Figure 1c is a multi-layer perceptron with the input layer, hidden layer and output layer and even has the ability to deal with XOR questions, which the previous one cannot.

(1)
Each neuron receives 9 specific inputs from the photoreceptors they are in charge of, and obtain the weight depending on the characteristics of the distribution of the different inputs.
(2)
In the local receptive field, four neurons can be defined as four different orientation and edge selective neurons, in order to detect the orientation of the objects’ edge.
(3)
After the output layer of the four selective neurons, we set up four ladders as a sumpooling layer, and the output comes from former steps, which calculates the sum of the effective outputs, and then, counts the number of such neurons activated.
(4)
A kind of specialized cell will do a comparison of the number of 4 kinds of outputs, as the function of complex cells in Hubel’s theory, and decide the final output of the orientation detection result.

For the objects for which orientations are given in following experiment, we use edge-orientation detection neurons to detect all local orientations, derive their global orientation and determine it by a contrasting algorithm based on the number of activated neurons. 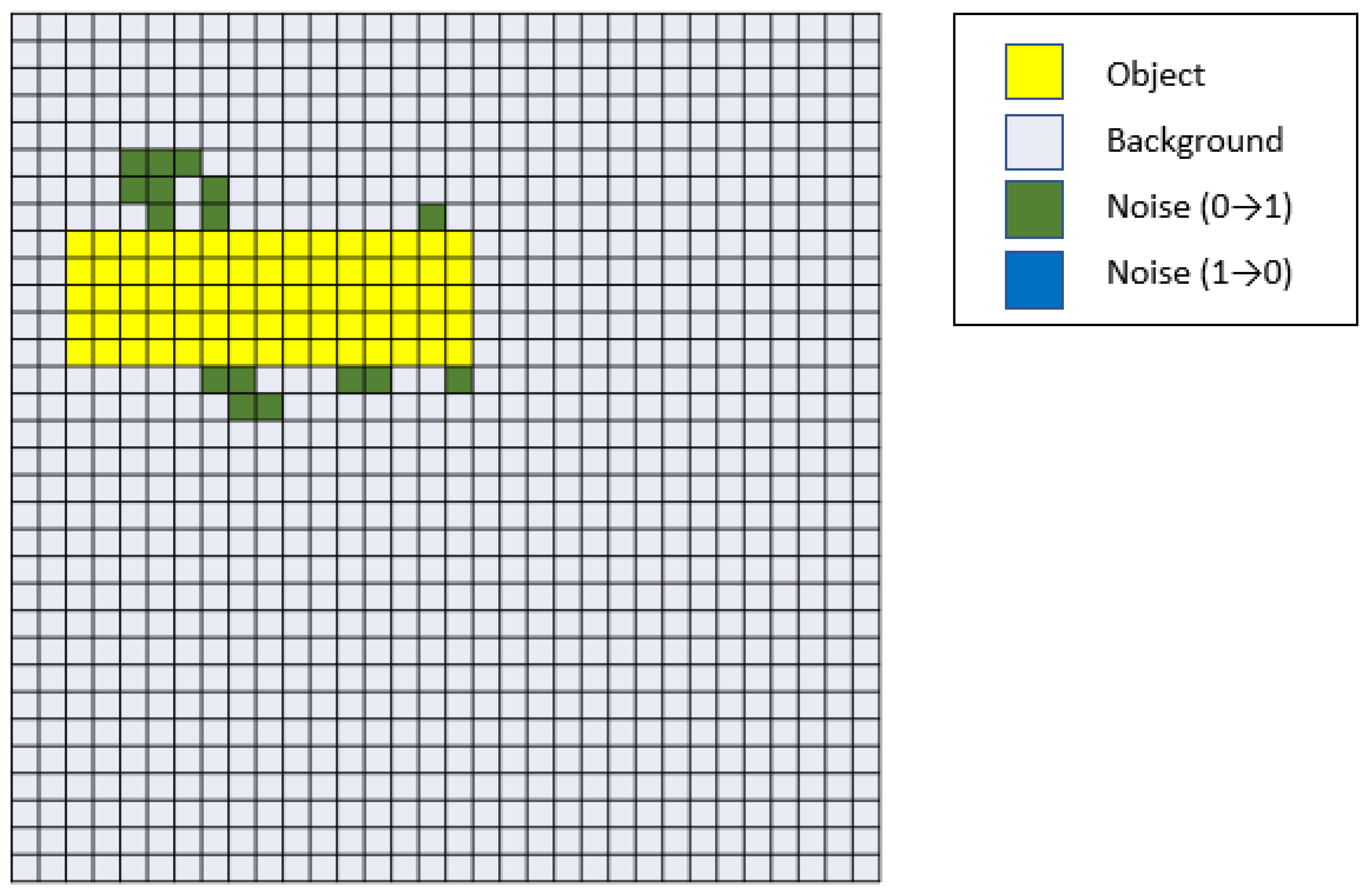