Over Exploitation of Groundwater in the Centre of Amman Zarqa Basin—Jordan: Evaluation of Well Data and GRACE Satellite Observations
Previous Article in Journal / Special Issue

In the Silurian Dolostone region of eastern Wisconsin, the combination of thin soils and waste application (animal manure, organic waste) has led to significant groundwater contamination, including Brown Water Incidents (BWIs—contamination resulting in a color or odor change in well water) and detections of pathogen indicator bacteria such as E. coli and others. In response, a Karst Task Force (KTF) was convened to identify risks and recommend solutions. This article looks at the impact eight years after the 2007 Karst Task Force report—both the actions taken by local resource managers and the changes to water quality. We present the first regional analysis of the 2007 Karst Task Force report and subsequent regulatory changes to determine if these regulations impacted the prevalence of wells contaminated with animal waste and the frequency of BWIs. While all of the counties in the KTF area promoted increased awareness, landowner/manager and waste applicator education alone did not result in a drop in BWIs or other water quality improvements. The two counties in the study that adopted winter manure spreading restrictions on frozen or snow-covered ground showed statistically significant reductions in the instances of BWIs and other well water quality problems. View Full-Text
Keywords: Silurian aquifer; karst task force; Wisconsin; karst; animal waste; manure; well contamination; regulations Silurian aquifer; karst task force; Wisconsin; karst; animal waste; manure; well contamination; regulations
►▼ Show Figures 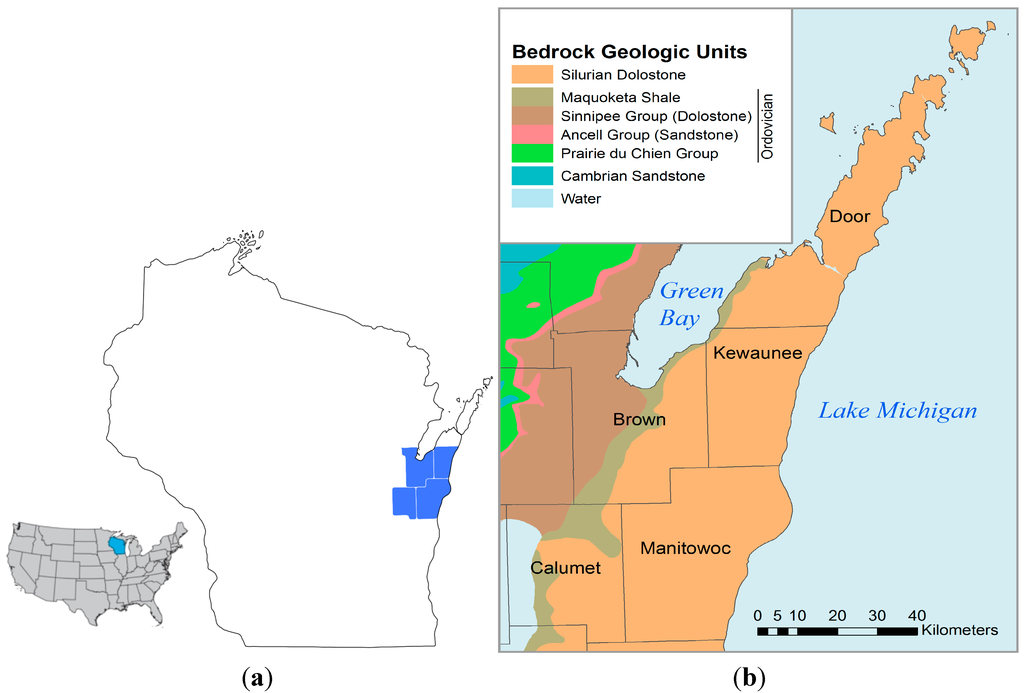