Mitochondrial Dysfunction in the Aging Retina

Known as the powerhouse of the cell, mitochondria are recognized for their ability to produce large amounts of a cell’s energy currency, ATP (Adenosine Triphosphate), as well as being the only other organelle that contains DNA apart from the nucleus. Virtually all eukaryotic cells employ mitochondria to produce the majority of ATP needed to perform cellular functions (e.g., replication, protein synthesis, muscle contraction, etc.) and maintain cellular viability. The electron transport chain (ETC) and ATP synthase are interdependent systems in the mitochondria that generate ATP by coupling the electrochemical potential across the inner mitochondrial membrane created by the ETC to the phosphorylation of ADP by ATP synthase. The protein complexes comprising the ETC shuttle electrons down an energy gradient to ultimately reduce molecular oxygen to water, driving oxidative phosphorylation for ATP synthesis. Compromising the function of any of these protein complexes reduces the efficiency of ATP production and endangers the cell’s ability to perform its function and can lead to cell death. Additionally, uncoupling the membrane potential from ATP synthesis through the loss of the inner mitochondrial membrane impermeability dissipates the harvested energy as heat and bypasses ATP synthesis and greatly impairs the cell’s viability. Mitochondria contain their own DNA (mtDNA) and both inherited and acquired mutations in mtDNA have been linked to well over 100 mitochondrial syndromes such as Leber’s hereditary optic neuropathy, mitochondrial myopathy, encephalomyopathy, lactic acidosis, stroke-like symptoms and myoclonic epilepsy with ragged red fibers [1]. MtDNA is susceptible to oxidative stress due to its proximity to the ETC and the fact that it does not contain histones or a repair mechanism.
As we age, mitochondrial function declines and it is described as the “mitochondrial theory of aging”, leading to a variety of age-related diseases (Figure 1).
These age-related diseases are often treated with multiple medications, some of which are known to cause drug-induced mitochondrial toxicity. In this review, we postulate that drug-induced mitochondrial dysfunction can increase in frequency and severity in the geriatric population due to two independent factors associated with aging, compromised mitochondrial function and polypharmacy.

2. The Mitochondrial Theory of Aging

Drug-induced mitochondrial toxicity has been studied in academic settings for well over 50 years. Indeed, many such studies relied on xenobiotic inhibitors, such as rotenone, antimycin and oligomycin, to deduce the function of the ETC, and uncouplers such as 2,4 dinitrophenol, to understand how mitochondria generate ATP. As a result, we should not be surprised that pharmaceutical xenobiotics intended to be therapeutics could also have deleterious ‘side effects’ on mitochondrial function. Drugs can inhibit mitochondrial function in many different ways such as through the inhibition of ETC protein complexes, inhibition of ATP synthase, inhibition of enzymes of the citric acid cycle, inhibition of various mitochondrial transporters, inhibition of the mitochondrial transcription and translational machinery, as well as through the uncoupling of the ETC from ATP synthase. However, most of these side effects were not detected in preclinical animal studies. This is due to the fact that in vivo toxicity studies are usually done in drug-naïve, young adult animals that have robust mitochondrial reserves; lack of sufficient genetic diversity to allow for idiosyncratic responses; absence of environmental factors; co-medication; insensitivity of histopathology for revealing mitochondrial failure. Much progress has been made in the past decade to develop a variety of high-throughput applicable organelle based and in vitro cell models preclinically [48]. Whereas, traditionally, cells were cultured in high glucose and were unresponsive to mitochondrial toxicity due to shifting to glycolysis for energy production, recently developed cell models grown in galactose can correctly identify potential drug-induced mitochondrial toxicity with greater sensitivity [49,50]. Drugs can also now be tested for potentially causing mitochondrial toxicity in 96- and 384-well formats using solid and soluble oxygen sensors [51,52].
Drug-induced mitochondrial toxicity has been recognized to cause organ toxicity to the liver, skeletal muscle, kidney, heart and the central nervous system. Drug classes identified to cause mitochondrial toxicity are anti-diabetic drugs (thiazolidinediones, fibrates, biguanides), cholesterol lowering drugs (statins), anti-depressants (SARIs), pain medications (NSAIDs), certain antibiotics (fluroquinolones, macrolide), and anti-cancer drugs (kinase inhibitors and anthracyclins) [48]. Most of these observations have been made through studies in isolated mitochondria and cell lines [48].
Over the past decade, our laboratories examined the effects of many different drug classes and found that in each drug class, some members of the class displayed greater potency for adverse effects in vitro than others and the rank order of toxicity observed mimicked the safety profile reported in patients. For example, the anti-diabetic drug Resulin (triglitazone), which was discontinued from the market for liver toxicity, caused greater mitochondrial toxicity when tested in isolated mitochondria than Actos (pioglitazone), which is on the market with a much better safety profile [53]. The same is true for the anti-depressant Zerzone (nefazadone), which belongs to the class of serotonin antagonist reuptake inhibitors. Whereas Zerzone was attrited due to liver toxicity caused at least in part by mitochondrial toxicity, Buspar (buspirone) is still on the market and is well tolerated [54]. Another class of anti-diabetic drugs is the biguanides. Phenformin was discontinued because it caused death by lactic acidosis which is considered a hallmark of mitochondrial toxicity. Glucophage (metformin), which causes much less mitochondrial toxicity is widely used in the clinic and only in rare occasions causes lactic acidosis in most likely already predisposed patients [55]. Table 1 provides additional examples of drugs and drug classes studied by our labs.

4. Polypharmacy in the Geriatric Population

As patient treatment is often essential, we suggest using medication(s) with the best safety profile and the avoidance of concurrent usage of multiple medications that carry mitochondrial liabilities. Our hope is that future therapies will be devoid of mitochondrial liabilities as screening paradigms can be deployed preclinically. In addition, we also recommend lifestyle changes to further improve one’s mitochondrial function, such as weight loss, exercise and nutrition. Another major point is that the cause for mitochondrial dysfunction with age appears to be one of molecular homeostatic control of mitochondrial integrity or functional capacity, not simply an acute depletion of bioenergetic substrates, such as ATP. Consequently, bolus supplementation with mitochondrial cofactors has less potential than long-term lifestyle changes in extending vitality and drug tolerance in aging populations. 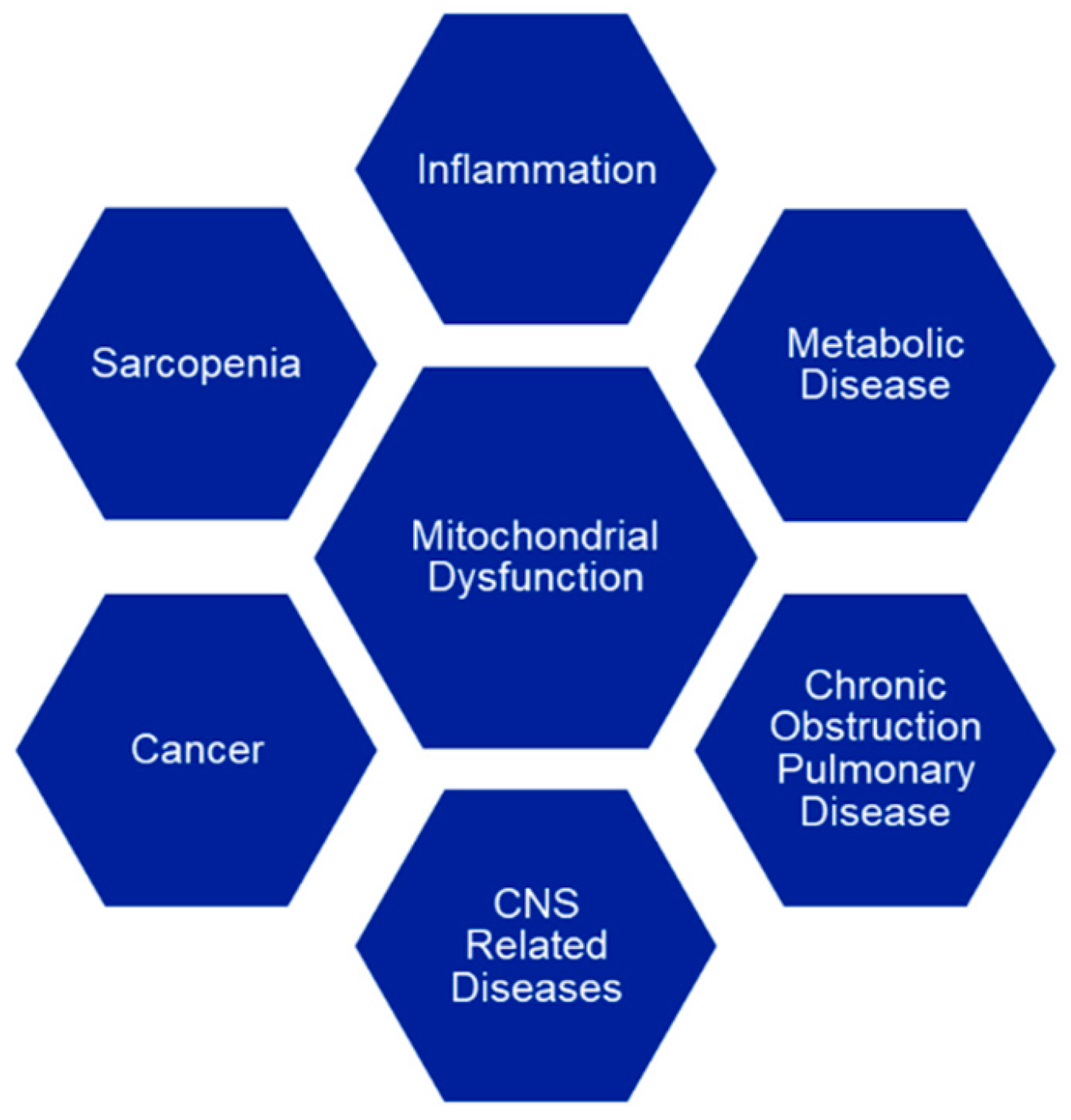 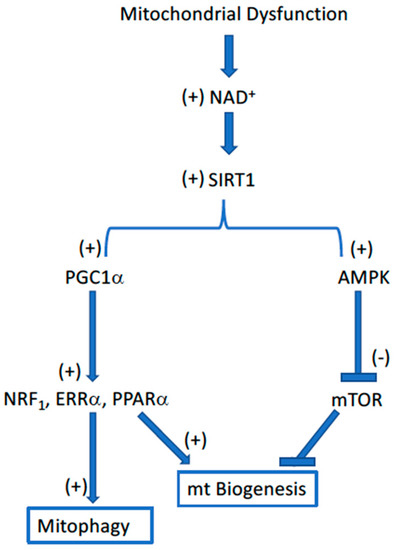 Table 3. Comparison of two geriatric people.
Table 3. Comparison of two geriatric people.
© 2019 by the authors. Licensee MDPI, Basel, Switzerland. This article is an open access article distributed under the terms and conditions of the Creative Commons Attribution (CC BY) license (http://creativecommons.org/licenses/by/4.0/).
We use cookies on our website to ensure you get the best experience. Read more about our cookies here.
Accept
We have just recently launched a new version of our website. Help us to further improve by taking part in this short 5 minute survey here. here.
Never show this again