The Biology of Neisseria Adhesins
Next Article in Special Issue

Characterizing Microbial Diversity and the Potential for Metabolic Function at −15 °C in the Basal Ice of Taylor Glacier, Antarctica

Measurement of gases entrapped in clean ice from basal portions of the Taylor Glacier, Antarctica, revealed that CO2 ranged from 229 to 328 ppmv and O2 was near 20% of the gas volume. In contrast, vertically adjacent sections of the sediment laden basal ice contained much higher concentrations of CO2 (60,000 to 325,000 ppmv), whereas O2 represented 4 to 18% of the total gas volume. The deviation in gas composition from atmospheric values occurred concurrently with increased microbial cell concentrations in the basal ice profile, suggesting that in situ microbial processes (i.e., aerobic respiration) may have altered the entrapped gas composition. Molecular characterization of 16S rRNA genes amplified from samples of the basal ice indicated a low diversity of bacteria, and most of the sequences characterized (87%) were affiliated with the phylum, Firmicutes. The most abundant phylotypes in libraries from ice horizons with elevated CO2 and depleted O2 concentrations were related to the genus Paenisporosarcina, and 28 isolates from this genus were obtained by enrichment culturing. Metabolic experiments with Paenisporosarcina sp. TG14 revealed its capacity to conduct macromolecular synthesis when frozen in water derived from melted basal ice samples and incubated at −15 °C. The results support the hypothesis that the basal ice of glaciers and ice sheets are cryospheric habitats harboring bacteria with the physiological capacity to remain metabolically active and biogeochemically cycle elements within the subglacial environment. View Full-Text
Keywords: Antarctica; basal ice; subzero metabolism; microbial survival Antarctica; basal ice; subzero metabolism; microbial survival
►▼ Show Figures 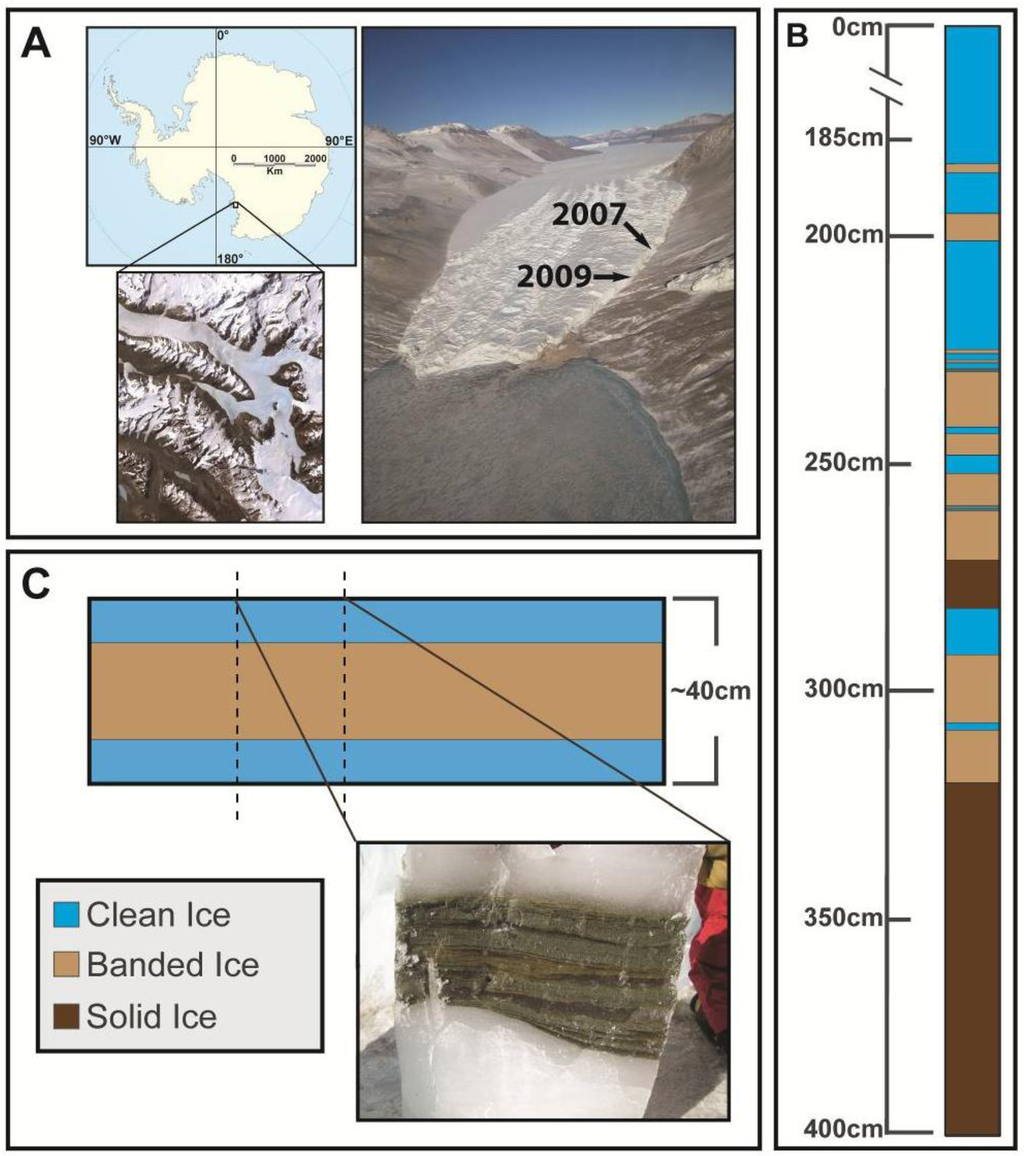