Next-Generation Sequencing: From Understanding Biology to Personalized Medicine
Next Article in Special Issue

The Effect of Freeze-Thaw Conditions on Arctic Soil Bacterial Communities

Climate change is already altering the landscape at high latitudes. Permafrost is thawing, the growing season is starting earlier, and, as a result, certain regions in the Arctic may be subjected to an increased incidence of freeze-thaw events. The potential release of carbon and nutrients from soil microbial cells that have been lysed by freeze-thaw transitions could have significant impacts on the overall carbon balance of arctic ecosystems, and therefore on atmospheric CO2 concentrations. However, the impact of repeated freezing and thawing with the consequent growth and recrystallization of ice on microbial communities is still not well understood. Soil samples from three distinct sites, representing Canadian geographical low arctic, mid-arctic and high arctic soils were collected from Daring Lake, Alexandra Fjord and Cambridge Bay sampling sites, respectively. Laboratory-based experiments subjected the soils to multiple freeze-thaw cycles for 14 days based on field observations (0 °C to −10 °C for 12 h and −10 °C to 0 °C for 12 h) and the impact on the communities was assessed by phospholipid fatty acid (PLFA) methyl ester analysis and 16S ribosomal RNA gene sequencing. Both data sets indicated differences in composition and relative abundance between the three sites, as expected. However, there was also a strong variation within the two high latitude sites in the effects of the freeze-thaw treatment on individual PLFA and 16S-based phylotypes. These site-based heterogeneities suggest that the impact of climate change on soil microbial communities may not be predictable a priori; minor differential susceptibilities to freeze-thaw stress could lead to a “butterfly effect” as described by chaos theory, resulting in subsequent substantive differences in microbial assemblages. This perspectives article suggests that this is an unwelcome finding since it will make future predictions for the impact of on-going climate change on soil microbial communities in arctic regions all but impossible. View Full-Text
Keywords: climate change; arctic soils; freeze-thaw; phylogenetic composition; fatty acids; bacteria; chaos theory climate change; arctic soils; freeze-thaw; phylogenetic composition; fatty acids; bacteria; chaos theory
►▼ Show Figures 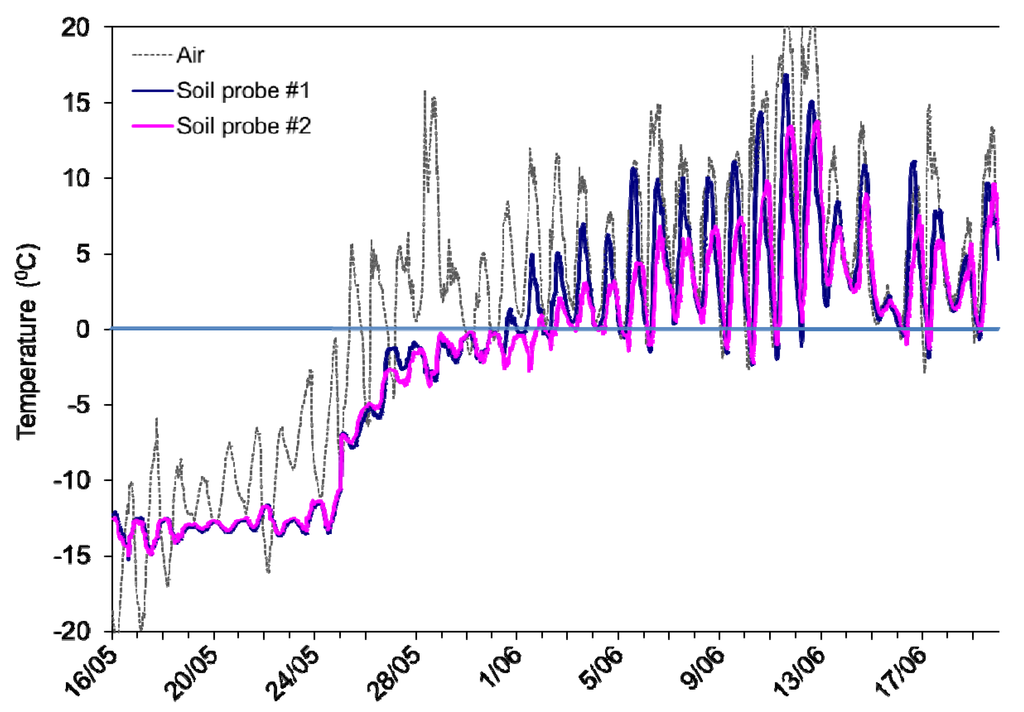