Biomaterials used for the manufacture of biomedical devices must have suitable surface properties avoiding bacterial colonization and/or proliferation. Most biomaterial-related infections start during the surgery. Bacteria can begin colonization of the surface of a device right after implantation or in the next few hours. This time may also be sufficient to begin the deterioration of a biodegradable implant. This work explores the surface changes that hydrophobic films of poly(lactic) acid reinforced with Mg particles, prepared by solving-casting, undergone after in vitro degradation at different times. Hydrophobicity, surface tension, zeta potential, topography, and elemental composition were obtained from new and aged films. The initial degradation for 4 h was combined with unspecific bacterial adhesion and viability tests to check if degraded films are more or less susceptible to be contaminated. The degradation of the films decreases their hydrophobicity and causes the appearance of a biocompatible layer, composed mainly of magnesium phosphate. The release of Mg2+ is very acute at the beginning of the degradation process, and such positive charges may favor the electrostatic approach and attachment of Staphylococci. However, all bacteria attached on the films containing Mg particles appeared damaged, ensuring the bacteriostatic effect of these films, even after the first hours of their degradation. View Full-Text
Keywords: poly(lactic) acid; hydrophobicity; solvent-casting; S. epidermidis; bacterial adhesion poly(lactic) acid; hydrophobicity; solvent-casting; S. epidermidis; bacterial adhesion
►▼ Show Figures 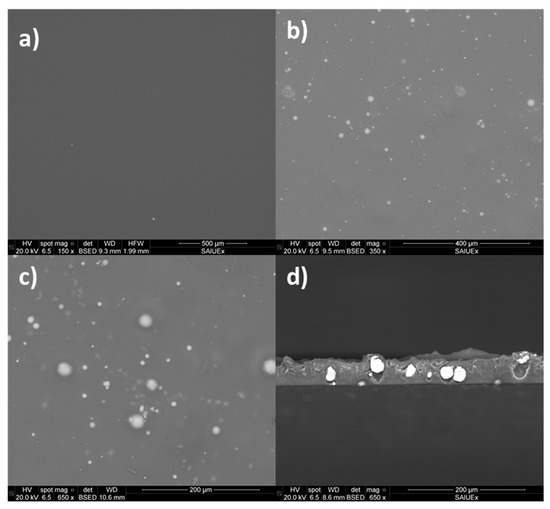