Genotypic Characteristics and Correlation of Epidemiology of Staphylococcus aureus in Healthy Pigs, Diseased Pigs, and Environment 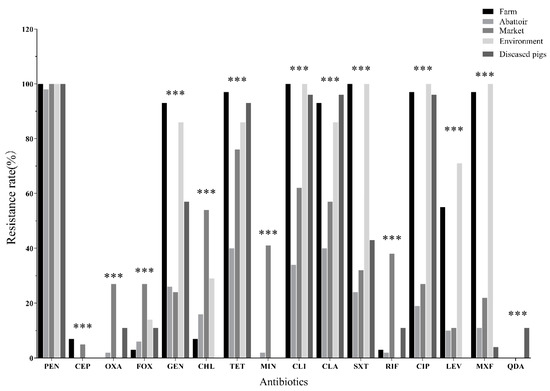 
Zhou, Yuanyuan, Xinhui Li, and He Yan. 2020. "Genotypic Characteristics and Correlation of Epidemiology of Staphylococcus aureus in Healthy Pigs, Diseased Pigs, and Environment" Antibiotics 9, no. 12: 839. https://doi.org/10.3390/antibiotics9120839