Comparison of Immunological Profiles of SARS-CoV-2 Variants in the COVID-19 Pandemic Trends: An Immunoinformatics Approach
Next Article in Special Issue

Pollution by Antibiotics and Antimicrobial Resistance in LiveStock and Poultry Manure in China, and Countermeasures
Previous Article in Journal

The extensive use of antibiotics leads to antibiotic residues in frequently consumed foods. Generally, the main use of antibiotics in animals is to treat and prevent diseases and growth promotion. However, the residues and their breakdown products have several side effects on the human body and, in a broader sense, on the environment. In relation to the human body, the frequency of mutations is increased, the bone marrow is damaged (chloramphenicol), and the reproductive organs of humans are affected. Carcinogenic effects have been found with antibiotics such as sulfamethazine, oxytetracycline, and furazolidone. We summarized data from 73 scientific studies reporting antimicrobial residues in animal products that were freely available for sale. The studies were published in English starting from 1999 till 2021 and identified through the Pubmed search engine. The aims were to find out which antibiotics, legal or illegal, could be found in animal foods worldwide. Which are stable to get into the food chain and exceed the maximum residue limits (MRL) regarding the EU guidelines as a comparison. Reducing antimicrobial residues in food from animal origin and, in addition to this, fighting the tremendous growth and spread of antimicrobial resistance will undoubtedly be one of the most difficult food safety challenges in the coming years.
Keywords: antimicrobial residues; livestock; milk; eggs; poultry; pigs; cattle; seafood antimicrobial residues; livestock; milk; eggs; poultry; pigs; cattle; seafood

The discovery of antibiotics and their use in animals and humans was indisputably one of the greatest achievements of the 20th century [1]. However, the first antibiotic-resistant germs appeared as early as the 1950s [2]. With the generous use of antibiotics in animal breeding, which were also used as growth accelerators, furiously resistant germs emerged and spread [3,4]. In order to be able to cope with this problem, bans have been introduced which have banned the use of human antibiotics in animal husbandry. However, the problems with multi-resistant germs are by no means gone [5]. In some industrialized countries, there are already bans on the use of antibiotics on a preventive basis in animal breeding [6]. These may no longer be used as growth accelerators. Denmark has a prominent role in this context. In 1995, a systematic monitoring program was introduced in this country regarding the use of antibiotics in animal breeding but also in humans. It is known as DANMAP, which means Danish Integrated Antimicrobial Resistance Monitoring and Research Program [7,8]. A reduction in the use of antibiotics could be achieved with this model in Denmark [9]. Implementation of the Danish model is hardly conceivable in developing and emerging countries because there is largely a lack of laws, monitoring bodies, and structures for documentation. The great worldwide demand for animal products, also as a source of protein in the diet, often leads to the uncontrolled use of antibiotics in factory farming [10]. Meat production accounts for 73% of global antibiotic use. Forecasts on antibiotic consumption in relation to the manufacture of animal products anticipate growth of 11.5% by 2030. The sudden accumulation of antibiotic resistance in livestock is especially a big challenge in developing countries. While meat consumption is falling somewhat in industrialized countries, especially in Europe, it is exploding in some developing countries. There, access to veterinary antibiotics is primarily unregulated, and the knowledge of overdosing and the development of resistance among users is deficient. It is clear that the addition of antibiotics to animal feed is the main factor behind the increased incidence and spread of antibiotic resistance [11]. Apart from this severe problem, the disposal of animal dung and the application of antibiotic-contaminated wastewater into the environment are further challenges that are often reflected in the scientific literature. In this context, antibiotic residues in foods of animal origin are also treated relatively rarely, which is another problem area. This was the decisive reason for us to make a review on this topic and the scientific articles already available on it. As for the consumption of antibiotics, the most common prescriptions for people are penicillins, macrolides, and fluoroquinolones. In contrast, tetracyclines and sulfonamides are most commonly used in animal breeding. The residues and degradation products of these substances have many undesirable side effects on the human body. It negatively influences the immune system, damages the kidneys (gentamicin), increases the frequency of mutations, can damage the liver, damages the bone marrow (chloramphenicol), and affects the human reproductive organs. Carcinogenic effects have been found with antibiotics such as sulfamethazine, oxytetracycline, and furazolidone [12]. Maximum residue limits of antibiotics regarding food help protect consumers but are no guarantees that animal products exceeding the limits will not come onto the market and be ultimately consumed by people. Even if the maximum residue limits for antibiotics in foods of animal origin are not exceeded, they can still lead to problems in the long term. For example, antibiotics used in veterinary medicine were found in food, drinking water, and urine of preschoolers in Hong Kong [13]. However, there are also special substances that need a closer look. Nitrofurazone is an antibiotic with carcinogenic properties. It can affect the DNA of cells and result in genetic toxicity that can possibly result in cancer [14]. This antibiotic has been found time and again, especially in shrimps but also in aquaculture catfish [15]. A particular challenge, in this case, is that this molecule is not so easy to detect. The right technology and the associated equipment are required so that reliable evidence can be provided [16]. Especially in underdeveloped countries regarding food safety, this is undoubtedly why nitrofurazone often goes undetected, and thus, contaminated products are also distributed on the world market and ultimately consumed.
Our review aims were as follows: (a) Which antibiotics were detected in foods of animal origin and which test methods were used? (b) How often do consumers get in contact with food contaminated with antibiotics? What country differences are there based on the published studies regarding food animal species and antimicrobial residues? (c) How often have the MRLs (EU guidelines) been exceeded in the case of positive evidence? We extracted all raw data and metrics reported in these studies, discussed the limitations of the methodologies used, and documented data gaps. We hope that this review will help regarding that. The detection of antibiotic residues in animal foods is increasingly investigated and documented, and thus, more data is made available to the scientific community.

The PubMed engine (National Library of Medicine-8600 Rockville Pike Bethesda, MD 20894 https://pubmed.ncbi.nlm.nih.gov/, the website was accessed on 15 March 2021) was used to search for original scientific papers published in English from January 1999 to March 2021. The following terms were used to search scientific papers using the following keywords: (antimicrobial* OR antibiotic*) AND (cattle* OR lamb* OR sheep* OR poultry* OR egg* OR pork* OR pig* OR livestock* OR shrimp* OR salmon* OR milk* OR seafood*). All retrieved records were saved for further review. Publications not reporting original research data or written in languages other than English were further excluded. Publications containing antimicrobial residues data in the abstract were selected for a first investigation. All scientific papers that dealt with residues of antibiotics were excluded, but in the sense of detection methods or residues in the environment, as well as pollution of animal manure, the rest that contained only research data regarding antimicrobial residues in animal food were reviewed with full content. In addition to the techniques used to detect antibiotic residues, the size of the sample was also an important quality criterion for us. We divided the sample sizes into 6 categories. Up to 50 samples were documented in 16 publications. Up to 100 samples were documented in 19 papers. Up to 200 samples were documented in 20 papers. Up to 300 samples were documented in 12 papers. Up to 400 papers were documented in 6 papers. Twelve papers were summarized for a sample size of over 400 up to 25,000. All work with a sample number below 50 was subjected to a thorough analysis regarding sampling and analytical methods. If this was correct or meaningful, this data was included in our evaluation. Publications were broadly classified by the country where the research took place, year of publishing, and further categorization regarding the animal food product.

The problem of antimicrobial residues in animal products is not new. However, due to the globalization of the food trade, we are constantly facing new challenges. Reduction of the antimicrobial volumes currently used by humans and livestock and limiting the use of broad-spectrum and critically important antimicrobials would be essential. Educational work regarding antimicrobial residues in animal products and the associated development of multi-resistant germs must be stepped up in developing countries. This can only be reduced through increased monitoring of the use of antibiotics in animal breeding. In any case, users must be informed about the health consequences for their customers regarding antibiotic residues in animal products and the development of multi-resistant germs. The ban on the disposal of rubbish, sewage, and manure containing antibiotics must also be mentioned in this context. Alternatives to antibiotics, such as various vaccinations, the use of phages, and phage therapy, must be promoted. The use of prebiotics and probiotics in animal feed and the use of traditional medicinal herbs must also be further researched to ultimately reduce the use of antibiotics in animal breeding to a realistic amount.

Both authors contributed equally to this work. All authors have read and agreed to the published version of the manuscript. 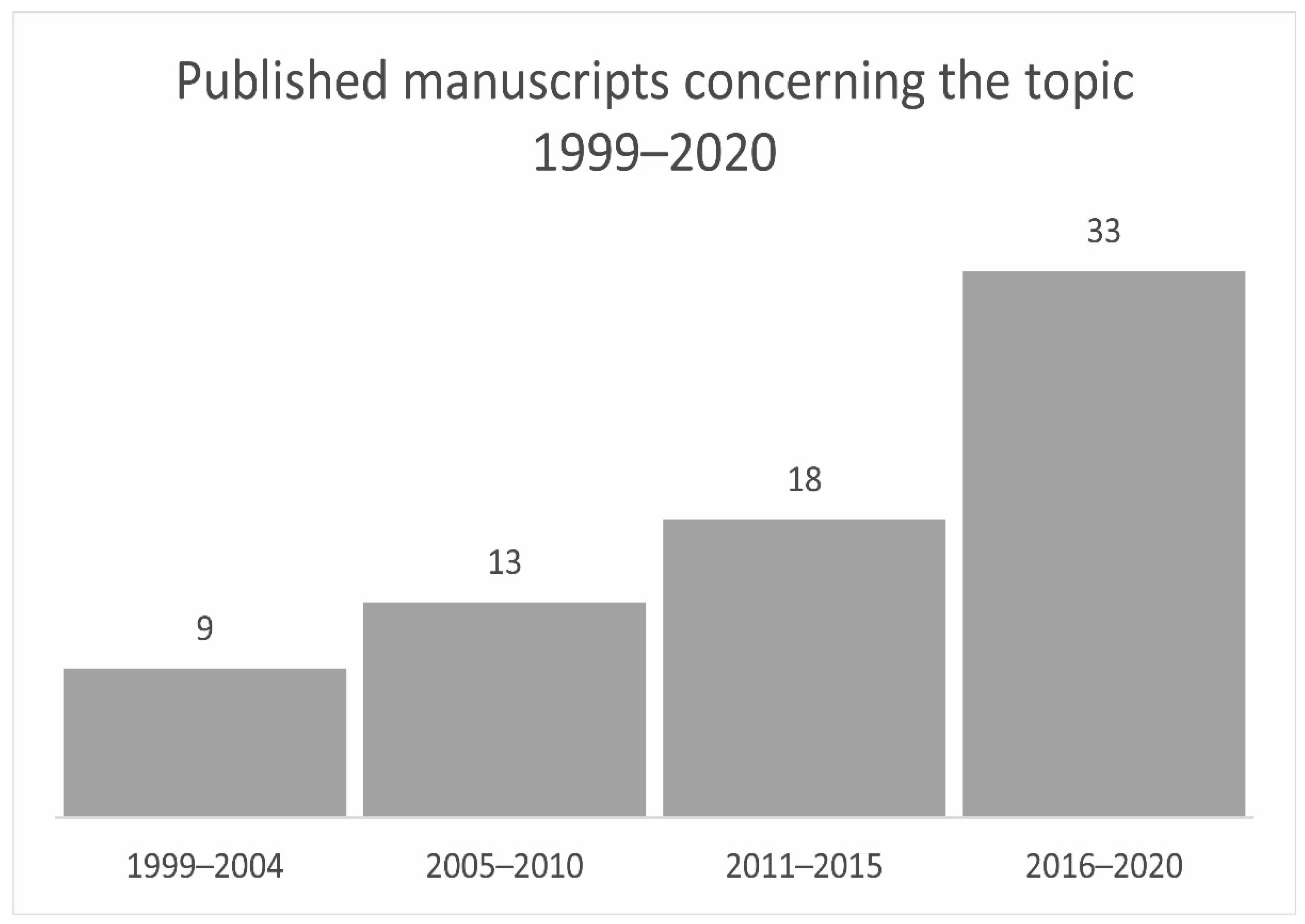 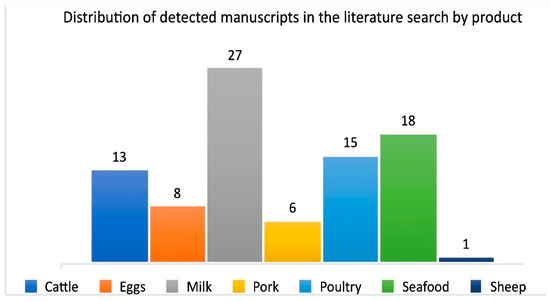 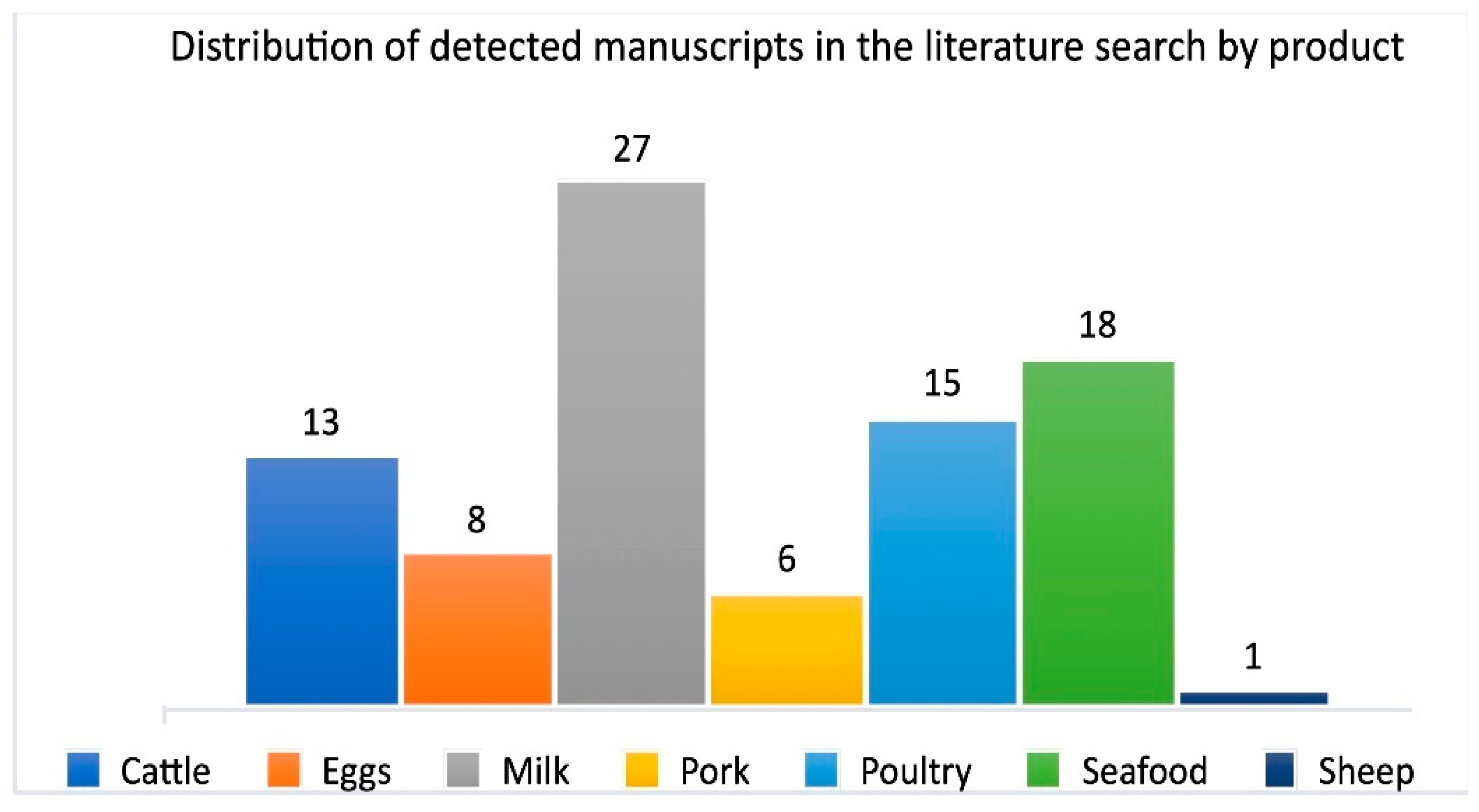 Table 3. Antimicrobial residues found in different animal products.
Table 3. Antimicrobial residues found in different animal products.
© 2021 by the authors. Licensee MDPI, Basel, Switzerland. This article is an open access article distributed under the terms and conditions of the Creative Commons Attribution (CC BY) license (https://creativecommons.org/licenses/by/4.0/).
We use cookies on our website to ensure you get the best experience. Read more about our cookies here.
Accept
We have just recently launched a new version of our website. Help us to further improve by taking part in this short 5 minute survey here. here.
Never show this again