The Detection of Wound Infection by Ion Mobility Chemical Analysis

Surgical site infection represents a large burden of care in the National Health Service. Current methods for diagnosis include a subjective clinical assessment and wound swab culture that may take several days to return a result. Both techniques are potentially unreliable and result in delays in using targeted antibiotics. Volatile organic compounds (VOCs) are produced by micro-organisms such as those present in an infected wound. This study describes the use of a device to differentiate VOCs produced by an infected wound vs. colonised wound. Malodourous wound dressings were collected from patients, these were a mix of post-operative wounds and vascular leg ulcers. Wound microbiology swabs were taken and antibiotics commenced as clinically appropriate. A control group of soiled, but not malodorous wound dressings were collected from patients who had a split skin graft (SSG) donor site. The analyser used was a G.A.S. GC-IMS. The results from the samples had a sensitivity of 100% and a specificity of 88%, with a positive predictive value of 90%. An area under the curve (AUC) of 91% demonstrates an excellent ability to discriminate those with an infected wound from those without. VOC detection using GC-IMS has the potential to serve as a diagnostic tool for the differentiation of infected and non-infected wounds and facilitate the treatment of wound infections that is cost effective, non-invasive, acceptable to patients, portable, and reliable. View Full-Text
Keywords: wound infection; gas analysis; diagnosis; VOC; GC-IMS wound infection; gas analysis; diagnosis; VOC; GC-IMS
►▼ Show Figures 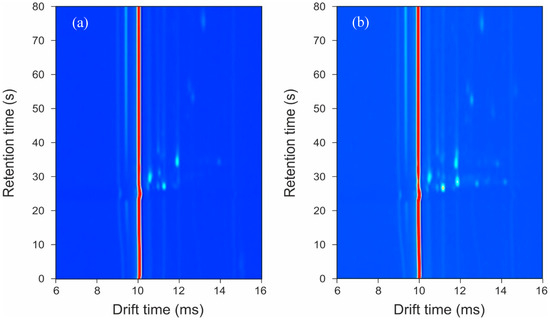