The ability to prepare controllable nanocatalysts is of great interest for many chemical industries. Atomic layer deposition (ALD) is a vapor phase technique enabling the synthesis of conformal thin films and nanoparticles (NPs) on high surface area supports and has become an attractive new route to tailor supported metallic NPs. Virtually all the studies reported, focused on Pd NPs deposited on carbon and oxide surfaces. It is, however, important to focus on emerging catalyst supports such as boron nitride materials, which apart from possessing high thermal and chemical stability, also hold great promises for nanocatalysis applications. Herein, the synthesis of Pd NPs on boron nitride (BN) film substrates is demonstrated entirely by ALD for the first time. X-ray photoelectron spectroscopy indicated that stoichiometric BN formed as the main phase, with a small amount of BNxOy, and that the Pd particles synthesized were metallic. Using extensive transmission electron microscopy analysis, we study the evolution of the highly dispersed NPs as a function of the number of ALD cycles, and the thermal stability of the ALD-prepared Pd/BN catalysts up to 750 °C. The growth and coalescence mechanisms observed are discussed and compared with Pd NPs grown on other surfaces. The results show that the nanostructures of the BN/Pd NPs were relatively stable up to 500 °C. Consequent merging has been observed when annealing the samples at 750 °C, as the NPs’ average diameter increased from 8.3 ± 1.2 nm to 31 ± 4 nm. The results presented open up exciting new opportunities in the field of catalysis. View Full-Text
Keywords: palladium; nanocatalysts; boron nitride; atomic layer deposition palladium; nanocatalysts; boron nitride; atomic layer deposition
►▼ Show Figures 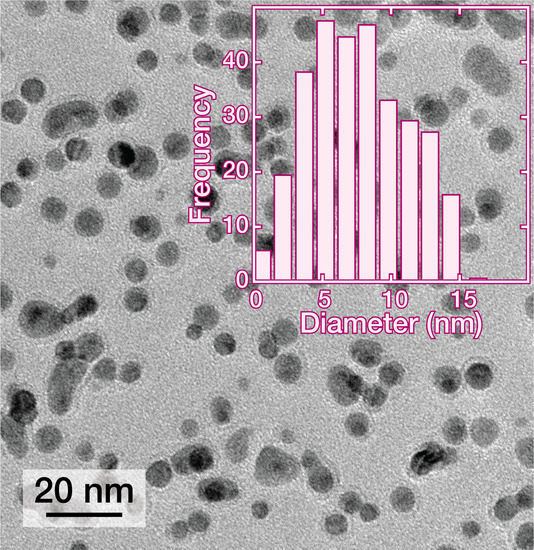